Spate of attacks on churches by Muslim migrants in recent months

BY PAUL JOSEPH WATSON
SEE: https://www.infowars.com/berlin-attackers-hurl-stones-at-church-while-shouting-allahu-akbar/; republished below in full unedited for informational, educational and research purposes:
A church in Berlin was damaged after unknown attackers pelted stones at the building while shouting “Allahu Akbar!”
Six individuals threw stones at the windows of the St. Simeon Church in Kreuzberg on Wednesday night. The stones “damaged the building” according to one report and the culprits fled the scene.
The attackers shouted “Allahu Akbar,” which means ‘God is great’ in Arabic throughout the incident.
An added irony is that the church in question declared itself to be a ‘refugee-friendly’ church in 2015, offering advice to migrants in Arabic.
“We want to give them a voice and a space in which they can actively contribute their ideas and interests, develop and fulfil their own plans,” said a statement released by the church at the time.
A recent poll of Germans found that 16.6% would not want a Christian church in their neighborhood, while 55.7% said they wouldn’t want a mosque in their neighborhood.
The incident in Berlin is one of several attacks on churches to have taken place in recent months in Europe.
Last month, a church in the French city of Orleans was vandalized, with the culprits smashing up furniture, setting fires and writing “Allahu Akbar” on the walls.
In May, a 37-year-old Muslim man threatened to blow up a church in Chalon-sur-Saône, France, unless passages from the Koran were read aloud.
Back in April, 20 Muslim migrants attacked a Christian congregation outside a church in Leukosia, Greece, screaming, cursing, and beating the attendees.
In July 2016, Islamic terrorists stormed a church in Normandy during mass and proceeded to slit the throat of elderly priest Jacques Hamel before being shot dead by police.
In March of this year, migrants and left-wing protesters stormed the Basilica of Saint-Denis in Paris. Although left-wing media outlets subsequently claimed it was a “hoax” that the church was targeted, video footage shows chaos as police attempt to repel the demonstrators.
Infowars has been banned by Facebook. Please share this video on your own Facebook page to help us fight censorship.
Posted by John at 12:13 PM

ANNI CYRUS MOMENT: MULLAHS' ASSASSINS ARRESTED IN AMERICA
BY JAMIE GLAZOV
SEE: https://www.jihadwatch.org/2018/08/anni-cyrus-moment-mullahs-assassins-arrested-in-america; republished below in full unedited for informational, educational and research purposes:
On this new Anni Cyrus Moment, Anni focuses on Mullahs’ Assassins Arrested in Americaand she stresses: They are here to kill us. And then she asks: Where is the media coverage?
Don’t miss it!
Subscribe to the Glazov Gang‘s YouTube Channel and follow us on Twitter: @JamieGlazov.
Please donate through our Pay Pal account to help The Glazov Gang keep going.
And pre-order Jamie’s new book, Jihadist Psychopath: How He Is Charming, Seducing, and Devouring Us. Thank you!
_______________________________________________________________

BY ROBERT SPENCER
SEE: https://www.jihadwatch.org/2018/09/anni-cyrus-video-freedom-fighters-persecuted-for-telling-the-truth; republished below in full unedited for informational, educational and research purposes:
On this Truth Report, Anni discusses censorship of the conservative voice by big tech companies and the importance of their actions in matters of the info-war we are facing as a nation.

Fulani Muslim militants launched raids on eight villages in central Nigeria this week, burning alive a Christian pastor along with his wife and three of their children.
In order to spread “Islamic teachings and practice,” the Fulani jihadi gangs routinely rampage through towns and villages, seeking out Christians in order to rid whole areas of “all aspects of Christian faith.”
Nathan Johnson, regional manager for Africa of International Christian Concern, stated:
The fact that the government allows the continued destruction and killing of its villages and citizens shows a lack of care or ability…..If this continues, there will have to be international intervention or else Nigeria may devolve into a major civil war.
Unfortunately, international intervention will likely not come, as Christians have nearly been wiped out in the Middle East, and there was no international intervention on their behalf in that region. While ignoring real human rights abusers, the UN accuses Israel of “war crimes” for defending itself; and the Organization of Islamic Cooperation continues its aggressive propagandist “Islamophobia” campaign all over the West. 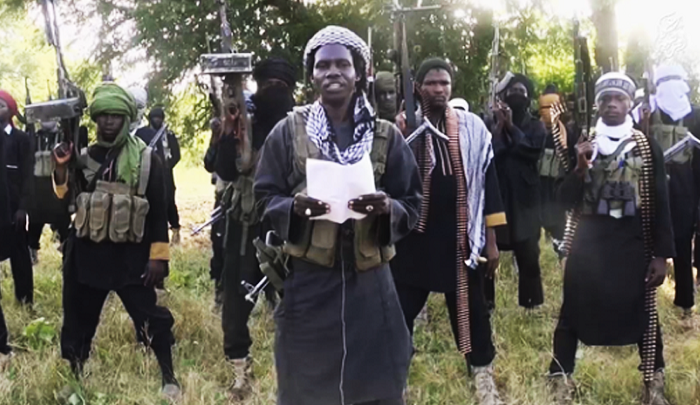 Fulani Muslim militants launched raids on eight villages in central Nigeria this week, burning alive a Christian pastor along with his wife and three of their children.
In the village of Abonong in Plateau State, the Islamic raiders, armed with machetes and AK47 rifles, looted and destroyed 95 houses, along with farmland and three churches. They killed Pastor Adamu Gyang Wurim and his family by setting fire to their house while they were inside and shot the pastor’s wife in the bathroom. The assailants killed two other villagers as well, wounding several others.
The attack, which began Tuesday evening around 8:00 p.m., lasted over four hours before security personnel finally arrived on the scene. By then the attackers had razed much of the villages of Abonong and Ziyat, and stolen valuables including electronics, mattresses, food, and livestock.
The incident occurred just 24 hours after a two-day peace summit in Jos organized by the Christian Association of Nigeria with the theme, “Sustainable peace and security in Northern Nigeria as a panacea for development.”
A local lawyer, Dalyop Solomon Mwantiri, spoke with one of the three surviving children of the pastor, who was away at the University of Jos at the time of the attack and learned of it on Facebook.
“When I called a friend to find out about the situation, the report I received was very devastating,” the young man said. “I couldn’t believe that all my family members have been engulfed in the pogrom. On reaching home, I saw my daddy and younger ones burnt beyond recognition.”
“The three of us left don’t know what to do, especially now that we are still students who have nothing to hold on [to],” he said…..

CATHOLICISM'S IDOLATRY: THE FASCINATION & VENERATION OF ANOTHER MARY WITH ALLEGED "DIVINE ATTRIBUTES"