THE COUNTLESS CRIMES OF HILLARY CLINTON AND JOHN BOEHNER

Published on Aug 15, 2015
Hillary finally turned over her server---after it was professionally wiped clean of any useable information, and the thumb drives contain only what she selectively culled. Myriad criminal offenses apply to this conduct.

Posted by John at 4:40 PM Links to this post

to David Moore and David Ermold

THEY CRY "CRUELTY"; THEN SUE


Update: We went in for our second attempt for a marriage license in Rowan County on Aug. 13 and we were denied again, even though the County Clerk was under an injunction to issue all licenses. 2nd attempt video - https://www.youtube.com/watch?v=VEuZX...
If you are a news organization and would like to use our video, please contact me at davidvmoore1976@gmail.com. Second view video - with a better view of the clerk's desk -
https://www.youtube.com/watch?v=fLv37...

GOVERNOR STEVEN L. BESHEAR OF KENTUCKY
WHAT YOU CAN EXPECT FROM A LIBERAL:
GO FOR THE GOODIES IN THE HANDOUTS FROM GOVERNMENT
(IF YOU CAN REALLY FIND ANY) 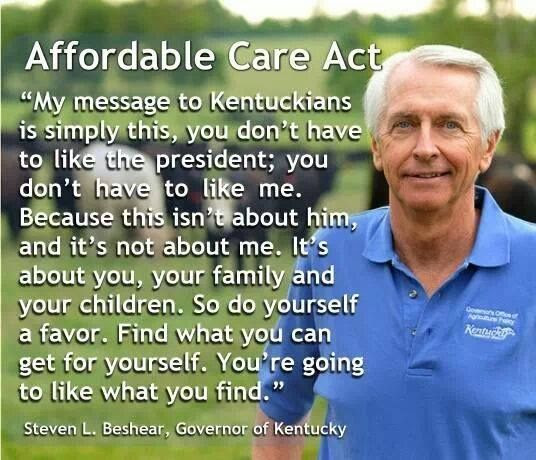 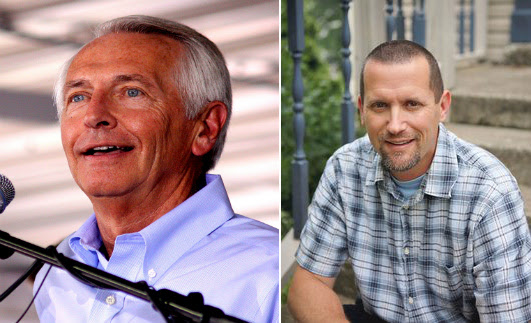 SEE: http://christiannews.net/2015/09/02/kentucky-governor-steve-beshears-pastor-drunkenness-not-sin-homosexuality-up-for-interpretation/;
EXCERPTS:
"As Kentucky Gov. Steve Beshear, a professing Christian, is refusing to intervene to protect the religious liberty of a county clerk who is facing possible punishment for defying a court order to issue marriage licenses to homosexuals, Beshear’s pastor says that he doesn’t teach about homosexuality in his congregation and leaves the issue of whether or not it is a sin up to “personal interpretation.”
As previously reported, Beshear, a Democrat and son and grandson of a minister, issued a statement yesterday outlining that he will not call a special session of the legislature to assist Rowan county clerk Kim Davis, who will report to court tomorrow to face the charge and may be levied with heavy fines to force her into compliance.
Christian News Network contacted Crestwood on Wednesday to learn where the congregation stands on homosexual behavior, and was advised by its Senior Pastor, Kory Wilcoxson, that the matter is not discussed because the assembly does not speak to “social and political issues.” He confirmed that Beshear is a member, but said that he does not regularly attend services due to his schedule as governor.
Wilcoxson advised that with matters such as homosexuality, he allows members to come to their own personal conclusions on whether a certain behavior is sinful.
“We believe that each person should be allowed to work out for themselves what Scripture says to them and how they interpret it,” he said. “We don’t take church-wide or denominational-wide stances.”"
______________________________________________________
BELOW:Rowan County Clerk Kim Davis, right, is greeted by supporters outside the United States Federal Courthouse in Covington, Ky., Monday, July 20, 2015. Davis, who has said she cannot issue marriage licenses to same-sex couples because it would violate her religious beliefs, is being sued by the American Civil Liberties Union on the behalf of two gay couples and two straight couples. Photo Credit: AP Photo/Timothy D. Easley______________________________________________________________
Davis has vowed never to issue a marriage license to a same-sex couple and has claimed she has the religious freedom to ignore the U.S. Supreme Court ruling and orders from the governor and state attorney general. “It’s a deep-rooted conviction; my conscience won’t allow me to do that,” Davis said. “It goes against everything I hold dear, everything sacred in my life.”

SEE: http://www.thenewamerican.com/usnews/item/21407-grassroots-nullification-ky-clerk-says-no-to-homosexual-marriage-licenses; republished below in full unedited for informational, educational, and research purposes:

SEE: http://www.newsday.com/news/nation/kim-davis-rowan-county-clerk-denies-david-moore-and-david-ermold-marriage-license-defying-court-1.10735321; republished below in full unedited for informational, educational, and research purposes:

MOREHEAD, Ky. - A clerk's office turned away gay couples who sought marriage licenses on Thursday, defying a federal judge's order that said deeply held Christian beliefs don't excuse officials from following the law.
The fight in Rowan County began soon after the U.S. Supreme legalized gay marriage nationwide in June. County Clerk Kim Davis cited her religious beliefs and decided not to issue marriage licenses to any couple, gay or straight. Five couples sued in federal court, and legal experts likened the case to the resistance some local officials in the South put up five decades ago after the Supreme Court legalized interracial marriage.
"I will say that people are cruel, they are cruel, these people are cruel," said David Ermold, who was denied a license to marry his partner of 17 years.
The clerk's office rejected the couples' bid for licenses just hours after U.S. District Judge David L. Bunning ordered her to comply with the Supreme Court's ruling.
Davis wasn't at her office Thursday, but deputy clerk Nathan Davis said the office was advised by its attorneys with the Christian law firm Liberty Counsel to continue refusing same-sex couples as it appeals.
James Yates and William Smith Jr., a couple for nearly a decade, were the second pair turned away Thursday. They also were turned away a month ago.
They described a disconnect between the clerk's office and their experience in the community of Morehead, a college town they say has long been open and accepting. They held hands as they walked into the clerk's office, and gay rights activists shouted "Good luck!" from the street, holding signs reading "clerk not clergy" and "obey the law."
After the couple was denied, they joined the protesters.
"I still get frustrated sometimes, but then I take a deep breath and go on. I know it's going to get resolved. It's just a matter of when," Yates said.
In Kentucky, county clerks issue marriage licenses, and someone else must "solemnize" the marriage. Then the license can be filed with the county clerk.
Davis argued that issuing a same-sex marriage license that contains her signature is the same as her approving the marriage, which she said violates her Christian beliefs.
Judge Bunning rejected that argument in his ruling Wednesday, saying Davis has likely violated the U.S. Constitution's ban on the government establishing a religion by "openly adopting a policy that promotes her own religious convictions at the expenses of others."
"Davis remains free to practice her Apostolic Christian beliefs. She may continue to attend church twice a week, participate in Bible Study and minister to female inmates at the Rowan County Jail. She is even free to believe that marriage is a union between one man and one woman, as many Americans do," Bunning wrote. "However, her religious convictions cannot excuse her from performing the duties that she took an oath to perform as Rowan County Clerk."
Democratic Gov. Steve Beshear has told Kim Davis to issue licenses or resign.
Laura Landenwich, an attorney for the plaintiffs, said the 28-page ruling reveals that the judge combed through Davis' legal arguments and rejected each. Bunning said that although couples could get marriage licenses elsewhere, "why should they be required to?"
He noted that the surrounding counties require 30 minutes or one hour of travel and that there are many "in this rural region of the state who simply do not have the physical, financial or practical means to travel."
Bunning said state law does not allow the county judge-executive to issue marriage licenses unless Davis is absent from her job, and Bunning refused to deem Davis absent because she has a religious objection.
After Yates and Smith were told that Kim Davis was on vacation Thursday, they marched to Rowan County Judge Executive Walter Blevins' office.
He explained that his office isn't equipped to issue licenses. He also said that because deputy clerks are at work, he wasn't sure his signature would be valid.
Blevins has been critical of Davis. He shook the couple's hands and told them: "I apologize that you had to come today and walk away empty-handed."
Posted by John at 11:10 AM Links to this post