"DYING TO BE A MARTYR" BRAINWASHING STUDENTS WITH ISLAMIC JIHAD SYMPATHIES

“N.Y. promoted, covered up lesson plan teaching students to sympathize with Islamic suicide bombers,” by Justin Haskins, The Blaze, May 7, 2017 (thanks to The Religion of Peace):


On April 12, The Blaze reported the Public Broadcasting Service has been for more than decade featuring a lesson plan that instructs students to be more sympathetic to the plight of Islamic terrorists in Palestine. The plan, titled “Dying to be a Martyr,” features, among other things, video interviews with Islamic terrorists who tell viewers why their attacks on Israelis are justified. There are no instructions in the lesson plan for teachers to denounce these views and no videos are featured showing the Israeli response.
Among the other biased aspects of the lesson plan are instructions for teachers to “Check for understanding by asking students to respond to the focus question. (Mohanned, feels he would rather die and by a martyr than live his life, sees his life as hollow—in contrast he sees Israelis as happy, going out, having fun, traveling.) Ask your students why Mohanned may feel that way (Answers may include: Palestinians have less land, fewer privileges, cannot come and go as they please.)”
A new investigation into the lesson plan and its origins show the plan was developed in New York state and was, until just a couple of weeks ago, promoted by the New York State Education Department. Following a request for comment from state officials, NYSED abruptly altered its website without a comment, essentially covering up the fact the website ever contained the “Dying to be a Martyr” material.
On a taxpayer-funded NYSED website for public school history and geography teachers, NYSED lists numerous videos and books in a section titled “Resources for Teachers.” Among those items listed is a video titled “Story of Islam: A History of the World’s Most Misunderstood Faith.” The “Dying to be a Martyr” lesson plan was also listed, and it appears it was the only full lesson plan listed in that section, which contains 40 items.
The lesson plan is also featured by Thirteen.org, a website belonging to the WNET-TV network, the PBS affiliate for New York City and the areas immediately surrounding the city. It appears the New York PBS affiliate is the producer of the lesson plan. The author of the plan is a long-time public school teacher in upstate New York.
An investigation by The Blaze reveals the teacher who authored “Dying to be a Martyr” is still teaching at Ballston Spa High School, a public school in Ballston Spa, New York, located in Saratoga County. At Ballston Spa, the teacher leads courses covering world history for 9th and 10th graders. A review of classroom notes posted to the teacher’s website shows she covers the Israeli-Palestinian conflict in great deal in her course. Among the many questions students are asked to answer are “What is Hammas’ [sic] view ?” and “How were Palestinian refugees treated?”…

SEE ALSO:
Dying to be a Martyr | Wide Angle: Lesson Plan
https://whyy.pbslearningmedia.org/resource/wa08.socst.world.glob.lpmartyr/dying-to-be-a-martyr/
Posted by John at 9:33 AM Links to this post

THE "CALIPHATE DICTATOR" ERDOGAN,
MUSLIM JIHADIST TO THE CORE,
NO ALLY TO THE WEST, BETRAYS NATO
BOYCOTT TURKISH FIREARMS


The war of words between Washington and Ankara over the U.S. military’s partnership with Kurdish paramilitaries in Syria escalated Wednesday, when a senior aide to Turkish President Recep Tayyip Erdogan suggested American troops could be targeted alongside their Kurdish allies in the country’s ongoing air war against the militias.
Senior presidential aide Ilnur Cevik said U.S. forces who are teamed up with members of the Kurdish People’s Protection Units, or YPG, were in danger of being hit by Turkish fighters patrolling the volatile border region with Syria.
If YPG units and their American military advisers “go too far, our forces would not care if American armor is there, whether armored carriers are there,” Mr. Cevik said during an interview on Turkish radio station CRI TURK Wednesday. “All of a sudden, by accident, a few rockets can hit them,” he added, referring to partnered U.S. forces.
When asked to clarify that U.S. advisers or artillery positions would be in danger from Turkish warplanes, if they continued to support YPG operations in northern Syria, Mr. Cevik replied bluntly that they would.
Later, Mr. Cevik attempted to walk back his comments on social media, regarding U.S. forces working with Kurdish militias. “Turkey has never and will never hit its allies anywhere, and that includes the U.S. in Syria,” he said in a tweet posted shortly after Wednesday’s radio interview.
His comments come days after U.S. forces moved into the Syrian Kurdish enclave of Rojava, in a dramatic show of solidarity amid Turkish airstrikes targeting those U.S.-backed forces there. The strikes were part of an ongoing counterterrorism operation targeting members of the YPG, which Turkey has condemned as a terrorist organization.
Syrian Kurds, some of which are members of or allied with the YPG, make up half of the Syrian Democratic Forces, or SDF — the 50,000-man strong constellation of Arab and Kurdish militias backed by the U.S., who are preparing for the final, large-scale assault on Raqqa, the self-styled capital of the Islamic State terror group also known as ISIS or ISIL….

Posted by John at 9:10 AM Links to this post 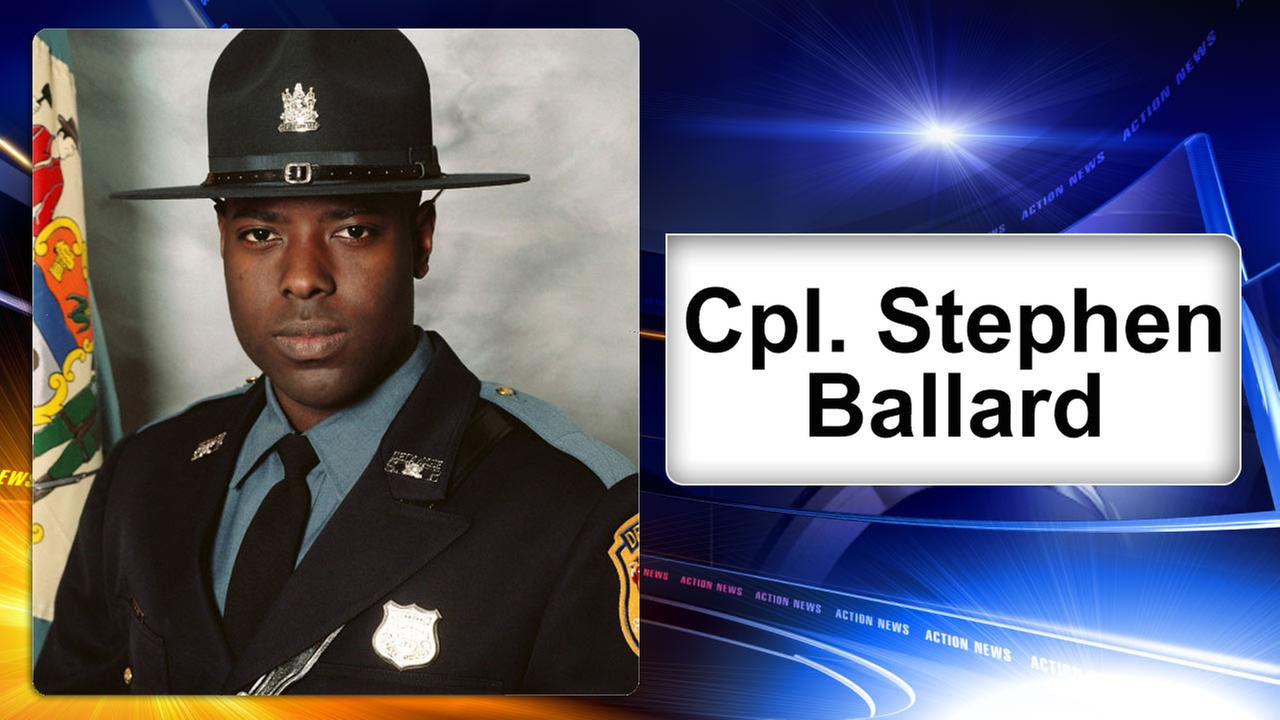 DEVOUT MUSLIMS WHO SHOT DELAWARE STATE TROOPER TO DEATH QUOTED KORAN DURING KILLING
BY PAMELA GELLER
SEE: http://pamelageller.com/2017/05/devout-muslims-shot-state-trooper-death-quoting-quran-killing.html/;
Here again is another important news story getting no coverage from the enemedia. A Delaware state trooper was fatally gunned down outside of a convenience store by devout Muslims reciting quotes from the Quran, later prompting a standoff with one of two suspects, who fired at cops, police said.


A reporter for the DelawareOnline tweeted, “Scene indicates the trooper was shot multiple times. There’s a lot of blood on ground, multiple casing markers. Still huge police presence.”
Police said that one of the suspects was taken into custody at the scene and the other one fled into a residence in the Brick Mill Farm section in Middletown and is firing at police, said McQueen.
“The suspect has refused to surrender and is firing rounds at officers,” McQueen said, adding “this is a sad day for our state.”
Meanwhile, area schools were placed on lockdown.
The Appoquinimink School District posted on Facebook, “We have been notified by police that an armed individual is in the Dove Run Shopping Center. The police have set up a perimeter. As a precaution, ALL area schools have gone on lockdown.” (NYP)

Any reports of this cold-blooded killing have all references to Islam, Quran, and motive scrubbed from the reportage.

Was Burgon Sealy Jr., the man who shot and killed Delaware State Police trooper Cpl. Stephen Ballard, radicalized? Delaware State Representative Steve Smyk claimed that Sealy was a practicing Muslim, and that he did in fact yell verses from the Quran during the standoff.“What I can tell you is that there are people that will immediately assume that the war cry of, the Muslim war cry of ‘Allahu Akbar’ may have been said, and I don’t know that to be true. I do know that he was a ‘budding jihadist’ and that being said, how long was he a practicing Muslim, I’m not aware of,” said Rep. Smyk. “We do know that, at the scene, during this standoff he was heard siting quotes from the Quran, what those quotes were I don’t know.”