Amazon activists present in the church told him that the Amazon missionaries have stopped baptizing natives, and that the statues on the side altars were symbols of fertility, of "Mother Earth," and of the deity "Pachamama."
IS THE VIRGIN MARY'S PLACE AS
"CO-REDEMPTRIX"
BEING THREATENED BY PACHAMAMA?

DO YOU RECEIVE A PLENARY INDULGENCE, OR GET THE DECEASED RELEASED FROM PURGATORY,
IF YOU KISS A PACHAMAMA BLESSED BY THE POPE?
"Rome even dares to alter the word of God by removing the second commandment from its Catechisms. This commandment, which forbids idolatry, is removed so that the making of statues and the selling and bowing down to them can go on unrestrained."-(SEE MIKE GENDRON'S ARTICLE BELOW)

POPE EXEMPT FROM CATCH & RELEASE LAWS?
OR DID HE SEND THE SWISS GUARDS
TO FISH THEM OUT? 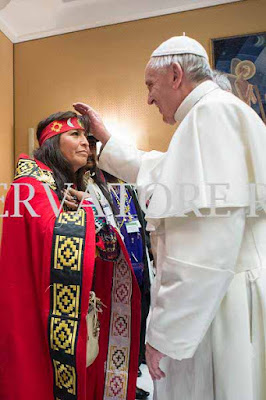 AMAZON SYNOD: ECUMENISM TO THE EXTREME
PRAYERS WITH THE "NOBLE SAVAGES" WHO HAVE "INNATE GOODNESS"
SEE: https://en.wikipedia.org/wiki/Noble_savage

HE REVEALS THAT THE TWO SIDE ALTARS IN THE CHURCH WERE FILLED WITH TONS OF PAGAN OBJECTS, & POLITICAL SOCIALIST-COMMUNIST, ECOLOGICAL, MOTHER EARTH PROPAGANDA

AUSTRIAN CATHOLIC MAN CLAIMS HE THREW AMAZONIAN "PACHAMAMA" IDOLS INTO THE TIBER RIVER IN ROME OFF THE "ANGELS BRIDGE"
BY COURTNEY MARES
SEE: https://www.catholicnewsagency.com/news/austrian-man-claims-he-threw-pachamama-statues-into-the-tiber-68401; republished below in full unedited for informational, educational and research purposes:
Vatican City, Nov 4, 2019 / 03:14 am (CNA).- In a video uploaded on YouTube Nov. 4, a young man from Austria claims that he was one of the two men who took five controversial statues from a church near the Vatican and threw them into the Tiber River.
“I came to a conclusion together with a friend of mine… we should go to Rome. We should get the statues out of the church. They do not belong in a Catholic church,” Alexander Tschugguel said in the YouTube video Nov. 4.
In the five-minute video, entitled “Why we threw the Pachamama idols into the Tiber river,” Tschugguel describes how he came to see the carved images in Santa Maria in Traspontina as a violation of the First Commandment.
The statues, which were identical carved images of a naked pregnant Amazonian woman, had been displayed in the Carmelite church of Santa Maria in Traspontina, close to the Vatican, and used in several events, rituals, and expression of spirituality taking place during the Oct. 6-27 Amazonian synod.
In the video, Tschugguel said that he spoke with volunteers within Santa Maria in Traspontina on several occasions. They explained to him that the statues were “signs of fertility, of Mother Earth, and integral ecology.”
The video is uploaded from the same account as an Oct. 21 video, which showed two men with obscured faces entering the Santa Maria in Traspontina to take the images and then throwing the carved wooden figures from the side of the Sant’Angelo bridge into the Tiber River.
With more than 176,000 views on YouTube, this video increased the controversy surrounding the images at the Amazon synod.
Pope Francis issued an apology Oct. 25 asking forgiveness from those who were offended by the “Pachamama” statues being thrown into the Tiber River, and said that they had been displayed in the church “without idolatrous intentions.”
In the latest video, Tschugguel appeals for people to subscribe to his YouTube channel, and includes a link to the “Boniface Institute,” a simple website with links to make donations via Paypal and Patreon. There is no explanation of who or what these donations would fund.
__________________________________________________________
Man who threw Pachamama idol into Tiber speaks out
Alexander Tschugguel, 26, of Vienna, Austria, spoke to LifeSite co-founder John-Henry Westen. He told him “for me, it was really bad because I saw in those statues and in those idols...a break of the First Commandment.” Alexander says he was motivated simply by the desire to “bring pagan things out of a Catholic Church.” https://www.lifesitenews.com/blogs/br... Tschugguel released his own video revealing himself and explaining his decision today. You can watch that here: https://www.youtube.com/watch?v=1p74C...

SEE: https://panamazonsynodwatch.info/feature/bishop-schneider-publishes-open-letter-condemning-pachamama-idolatry/;
Posted by John at 12:15 PM Links to this post

ISLAMIC LIES: TURKEY'S AMBASSADOR TO THE VATICAN CLAIMS THAT FREEDOM OF RELIGION IS PROTECTED IN TURKISH LAW 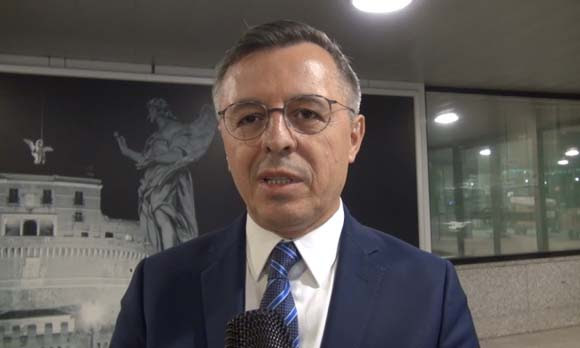 ISLAMIC LIES: TURKEY'S AMBASSADOR TO THE VATICAN CLAIMS THAT FREEDOM OF RELIGION IS PROTECTED IN TURKISH LAW
BY CHRISTINE DOUGLASS-WILLIAMS
SEE: https://www.jihadwatch.org/2019/11/turkeys-ambassador-to-the-vatican-claims-that-freedom-of-religion-is-protected-in-turkish-law;
Posted by John at 10:37 AM Links to this post 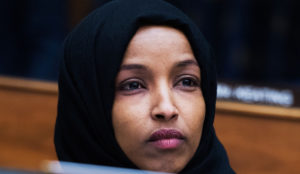 REP. ILHAN OMAR & THE ARMENIAN GENOCIDE
BY HUGH FITZGERALD
SEE: https://www.jihadwatch.org/2019/11/ilhan-omar-and-the-armenian-genocide;
Posted by John at 10:25 AM Links to this post

AUSTRIA: MUSLIM MIGRANT STABS HIS WIFE &
2 YEAR OLD CHILD TO DEATH IN "HONOR KILLING"
BY ROBERT SPENCER
SEE: https://www.jihadwatch.org/2019/11/austria-muslim-migrant-stabs-his-wife-and-2-year-old-child-to-death-in-honor-killing;
Posted by John at 10:15 AM Links to this post

Is Beth Moore a False Teacher? Brannon Howse and Justin Peters discuss this topic in light of Beth Moore's own words. Brannon plays video clips of Beth Moore that you must see if you want to know if Beth Moore should be called a false teacher.