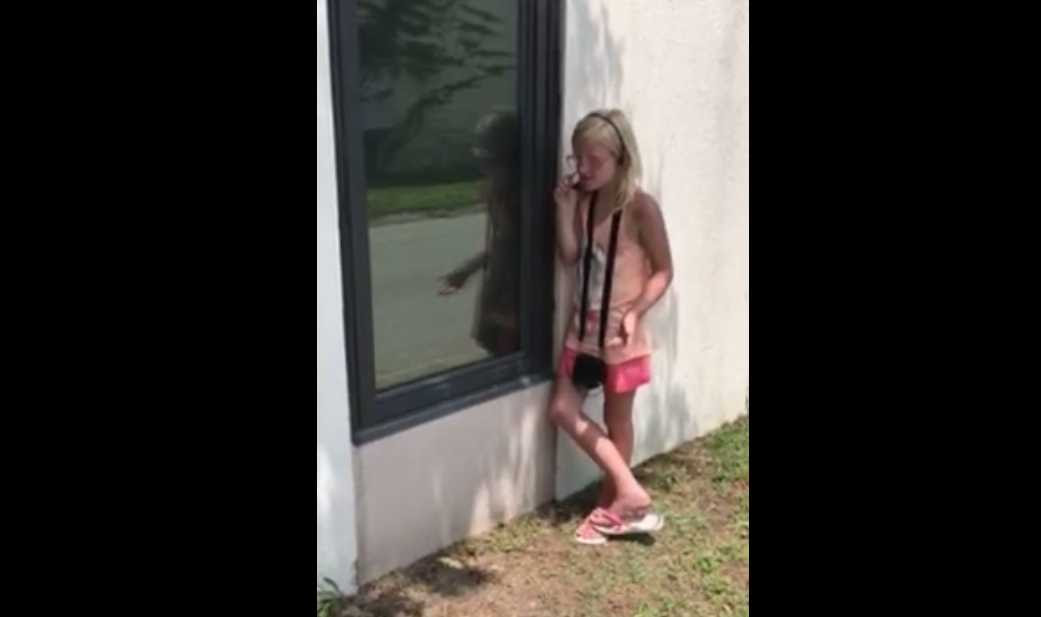 "LET YOUR BABY LIVE": VIDEO OF NINE YEAR OLD GIRL PLEADING OUTSIDE ABORTION FACILITY
GOES VIRAL
BY HEATHER CLARK
SEE: http://christiannews.net/2017/08/02/let-your-baby-live-video-of-nine-year-old-girl-pleading-outside-abortion-facility-goes-viral/;
“I’m a nine-year old and the voice of your baby right now: ‘Don’t kill me. Save me. Let me live. Let me see the world. Let me see what it can bring. Let me grow up so I can worship Jesus,” the girl, only being identified as Briana, said to the women at Women’s Mede Center.
“Let your baby live,” she pleaded. “Don’t live the rest of your life regretting everything. Don’t live the rest of your life asking questions about your baby. … Don’t live your life asking, ‘What’s her birthday? What would I name her? What would she look like? How old would she be?'”
Briana advised that even if the women obtain an abortion, they will still always be the mother of that child.

“[I]f you get an abortion, you’ll still be a mother. You’ll just be the mother of a murdered baby,” she warned. “You’ll live the rest of your life regretting … what you did.”
The girl, wearing a headset microphone, also told hearers about the happiness of being a mother and holding a “little joyous angel.”
“It will be beautiful,” she said.

“We’re here to help you today,” Briana called out. “Don’t abort your baby. Please!”
The video, recorded by Amy Schlichter of Hoosiers for Life on July 21, was posted to Facebook on Saturday. It already has 1.7 million views as of press time, as well as more than 13,000 shares.
“This 9 year old girl, outside an abortion clinic in Indianapolis, grabbed the headset and decided to talk to the women in the waiting room while they awaited their abortions. I couldn’t believe the things she said!” Schlichter wrote.
She told CBN News that the pro-lifers that had gathered outside of facility were amazed by the girl’s courage, noting that Briana was not coerced or asked to speak, but rather desired to do so on her own.
“I thought it was a bold move for her to pick up that headset, it’s something that I haven’t even done. And so when Briana grabbed it, I knew that she was going to say something. I was very curious to see what she was going to say in her heart and she surprised all of us,” Schlichter said.
Briana told the outlet that she believes it is important for people to speak out about abortion because the babies themselves don’t have an audible voice to plead for their lives.
“Because it’s little children that are being murdered and killed,” she said. “And they’re alive, they have a heartbeat, so they’re humans just like us. It’s just like the only difference is they can’t say no.”

Posted by John at 4:44 PM Links to this post

UK: CHRISTIAN WOMAN PROSECUTED FOR TALKING ABOUT CHRISTIANITY TO A MUSLIM COLLEAGUE 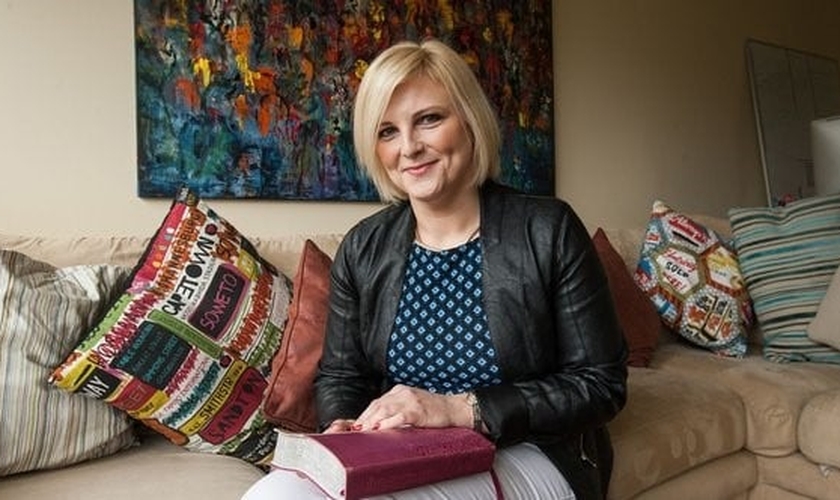 UK: CHRISTIAN WOMAN PROSECUTED FOR TALKING ABOUT CHRISTIANITY TO A MUSLIM COLLEAGUE
BY  Christine Douglass-Williams
SEE: https://www.jihadwatch.org/2017/08/uk-christian-woman-prosecuted-for-talking-about-christianity-to-a-muslim-colleague;
Would a Muslim be taken to court for sharing his or her faith with a coworker? Whether or not Victoria Wasteney was proselytizing to her Muslim colleague on the job or not is to be determined in court. However, there remains a larger issue: Western authorities are giving the impression that while Christians are studied under a microscope for accountability, Muslims are not. Some examples:
One can imagine the public outcry if Christians or Jews were preaching those same words — the court battles, the disdain. But where is the same reaction when Muslims say this? Instead, we see Victoria Wasteney, a Christian woman, in court for imparting messages about her faith’s love and healing to a Muslim colleague with whom she developed a relationship (or so she thought). While there are rules against proselytizing in places of employment, Wasteney was discussing her faith to a colleague, not to a client.
While Ms. Wasteney is being prosecuted in London, Sharia courts in Britain are sending Muslim women back to abusive husbands.


A Christian therapist in England who was suspended after being accused of evangelizing to a Muslim colleague has suffered another loss in court.
Victoria Wasteney, the former head of Forensic Occupational Therapy at a hospital in London, was issued a nine-month suspension by East London National Health Service in 2014 after an eight-page complaint was filed against her by a Muslim colleague named Enya Nawaz.
As has been reported, Nawaz and Wasteney, a born-again Christian, developed a relationship while working at the St. John Howard Centre in East London and at points discussed religious differences.
Nawaz’s complaint accused Wasteney of trying to convert her to Christianity. Wasteney reportedly offered to pray with Nawaz, gave her a book authored by a Muslim convert to Christianity and invited her to an event organized by her church.
Wasteney was also accused of putting her hand on Nawaz’s knee while in a prayer and asking God to come to Nawaz.
Wasteney was initially thrown off by the allegations because she thought they had developed a good relationship. She told the Daily Mail in 2015 that she only put her hand on Nawaz’s knee to comfort Nawaz when she was dealing with health problems.
“I put my hand on her knee to comfort her and asked if that was okay, and said, ‘Would you like me to pray for you?'” Wasteney told the Daily Mail, “She said yes, so I asked for God to bring peace and healing. She left the office afterwards and said she was okay.”
Wasteney has denied that her act of giving Nawaz the book I Dared to Call Him Father, was an attempt to convert her.
According to The Telegraph, an East London NHS Foundation Trust disciplinary hearing in February 2014 upheld three charges against Wasteney and found five charges to be unsubstantiated. In the hearing, Wasteney was convicted of “gross misconduct.”
In October 2015, Wasteney won the right to appeal the NHS’ action to the Employment Appeal Tribunal on the basis of religious liberty. However, Judge Jennifer Eady ruled against her in April 2016.
“What the court clearly failed to do was to say how, in today’s politically correct world, any Christian can even enter into a conversation with a fellow employee on the subject of religion and not, potentially, later end up in an employment tribunal,” Wasteney was quoted as saying at the time. “If someone sends you friendly text messages, how is one to know that they are offended? I had no idea that I was upsetting her.”
According to the U.K.-based Christian Legal Centre, Wasteney filed for an appeal against Eady’s 2016 decision and appeared in court Thursday. However, a tweet from the advocacy group on Thursday explained that Wasteney’s “permission to appeal has been rejected” and the “legal battle goes on.”….

SCHOOLS MUST STOP WHITEWASHING
COMMUNISM & SOCIALISM
Published on Aug 2, 2017
📺 Dr. Duke Pesta and Alex Newman discuss the rise in popularity of Socialism in public schools and colleges, while the horrors of Communism are conveniently swept under the rug.
Posted by John at 4:21 PM Links to this post