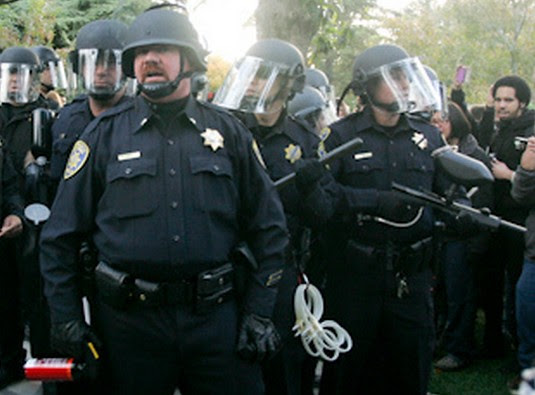 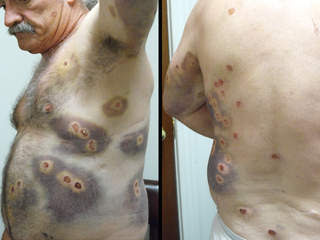 Riot Control: DHS Spends $500,000
on Fully Automatic Pepper Spray Launchers:
Homeland Security to purchase “riot expansion kits” & 240,000 pepper spray projectiles as agency prepares for domestic unrest.
See:
http://www.infowars.com/riot-control-dhs-spends-500000-on-fully-automatic-pepper-spray-launchers/
EXCERPTS:
"The PepperBall TAC-700 pepper spray launcher “features full auto, semi-auto, or 3 round burst providing up to 700 rounds per minute,”according to the company which will provide the DHS with the weapons. It is also “accurate to 60 feet with area saturation up to 150 feet.” The weapon is routinely used in riot control situations around the world."
"The “riot expansion kits” being purchased by the DHS are holsters that accompany the PepperBall products and can be used to store projectiles. According to one website, they represent, “the perfect non-lethal crowd management tool for gaining compliance over rioters, organized protesters, and unlawful assemblies,” and can be used to, “Gain psychological advantage over unruly crowds.”"
SEE: www.pepperball.com 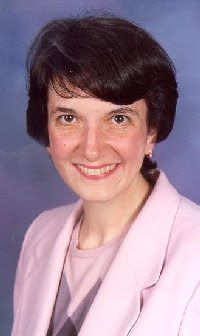 What is the Problem with Common Core?

A Interview with Dr. Karen Effrem

Published on Aug 28, 2013
Dr. Karen Effrem is a pediatrician, researcher, and conference speaker. Dr. Effrem's medical degree is from Johns Hopkins University and her pediatric training from the University of Minnesota. She has provided testimony for Congress, as well as in-depth analysis of numerous pieces of major federal education, health, and early childhood legislation for congressional staff, state legislatures, and many organizations. Dr. Effrem serves on the boards of two national organizations: Education Liberty Watch and the Alliance for Human Research Protection. She is a member of The International Society for Ethical Psychiatry and Psychology. She has spoken at numerous state and national conferences. She has been interviewed by Fox News and interviewed by or quoted in the Wall Street Journal, the British Medical Journal, National Journal, WorldNetDaily, NewsMax, Shark Tank, newspapers, radio and television stations across the country. Dr. Karen Effrem and her husband Paul, have three children.
SEE ALSO:

http://edlibertywatch.org/2014/01/worldnetdaily-features-education-liberty-watch-in-major-expose-on-common-core-data-mining-and-psychological-manipulation/
EXCERPTS:
"Under Common Core, Effrem said, students’ personal information increasingly is being collected, measured and assessed while the standards shift the focus away from academics and toward psychological training and testing of personal attitudes and behaviors."
"Effrem said many Common Core standards and assessments will be used to collect data that go beyond academics to focus on student’s psychological attitudes, values and beliefs."

http://edlibertywatch.org/2013/09/problems-with-data-privacy-in-relation-to-common-core-standards-the-family-education-rights-and-privacy-act-and-the-education-sciences-reform-act/
Reprinted below in full unedited for informational, educational, and research purposes:

The Psychological Weapon Known as the Delphi Technique:

SEE: http://en.wikipedia.org/wiki/Delphi_technique
Published on Sep 22, 2013 on YouTube:
What is the Delphi Technique? This is an introduction to what was developed by the RAND Corporation for the U.S. Department of Defense back in the 1950s. It was originally intended for use as a psychological weapon during the cold war and is now used in town meetings, churches, and many "public" gatherings.
Posted by John at 4:49 PM

Who's "extreme," Governor Cuomo?
SEE: http://www.renewamerica.com/columns/miller/140122
EXCERPT: "Those like Gov. Cuomo who cling to the tyrannical ideology of the Left have no foundation based in truth, freedom or a love for America's founding, so they lie and distort the truth of conservatism." 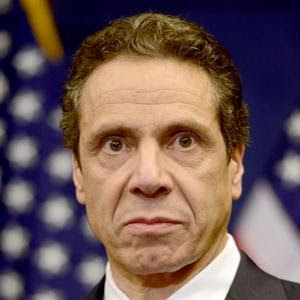 If You Embrace Murder & Immorality,

NY Governor Cuomo states that morality has NO place in the State of New York. Pro-lifers & traditional marriage advocates.... Stay out! 2nd amendment adherents... not welcome!


No Place In State New York:

New York Governor Andrew Cuomo believes that pro-life activists along with anti-gay activists, and supporters of the Second Amendment, are not welcome in his state.

During a radio interview on Friday, Cuomo pointed out that Republicans were in the midst of a schism, where conservatives worked against moderate Republicans.

State Republicans blasted his comments, the New York Post reported, even as the governor walked them back on Sunday in an open letter to the newspaper.

New York Governor Andrew Cuomo has made it quite clear that if you do not agree with this far left way of thinking, he will try to make sure that you are not welcomed in the state of New York.
http://www.youtube.com/watch?v=tB3CcuRLF70
Posted by John at 3:56 PM 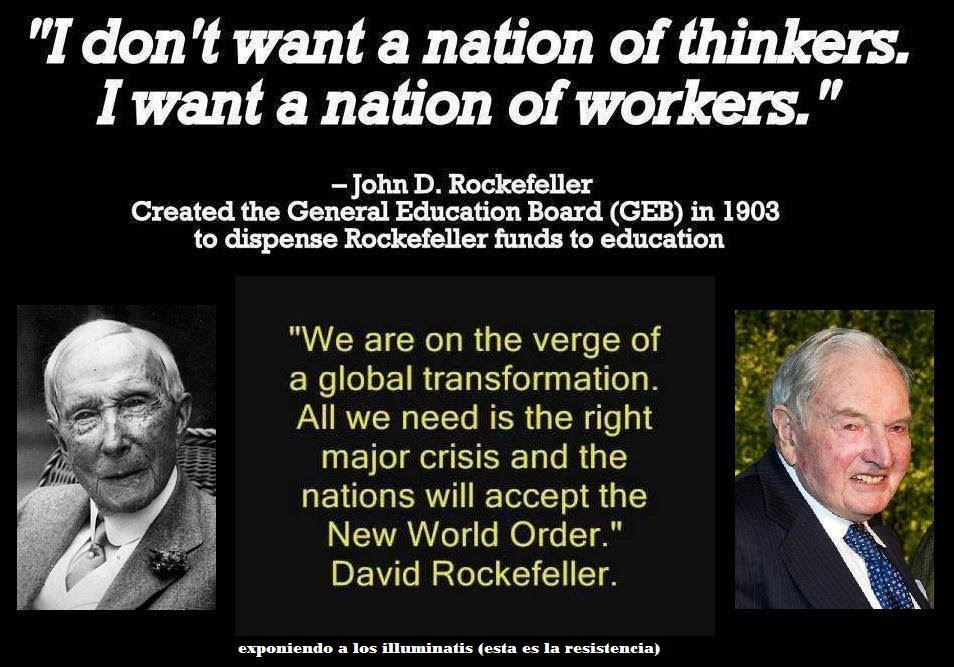 "The Deliberate Dumbing Down of America")

Training Educators to "Identify Resistors",
"Con the Community", and be "Change Agents"
For the New World Order;
"Believers to Atheists in 1 Hour";
"Common Unity Leaves No Room For the Individual":

Common Core is Education without Representation:

The American Principles Project (APP), the Heartland Institute and Pioneer Institute, co-hosted a one-day conference at Notre Dame in South Bend, Indiana, in September 2013, to discuss the destructive implications of the Common Core Standards and the future of the education of America's youth.

More than 200 people were in attendance at the sold out conference. Among the states represented were California, Florida, Illinois, Indiana, Louisiana, Massachusetts, Michigan, Missouri, New York, North Carolina, Ohio, and West Virginia; most of which have strong grassroots movements fighting against the Common Core.

Leading experts addressed the conference on the changing landscape of the American education system and the implications of the Common Core Standards. Concerned citizens, many of whom are parents, joined in the discussion by sharing their experiences and concerns.

On September 19th, 2013 Civitas and the Heritage Foundation hosted the Common Core Forum in Raleigh. The event called together a variety of top-notch speakers including Jim DeMint President of the Heritage Foundation, Lieutenant Governor Dan Forest, Dr. Sandra Stotsky formerly of the University of Arkansas and others.

Jane Robbins is a native of Pendleton, South Carolina, and is a graduate of Harvard Law School and Clemson University.

Ms. Robbins began her career as a labor lawyer for an Atlanta firm, after which she worked for the firm as director of associate training and writing coach. Since then she has taught legal writing at Emory Law School, presented legal-writing workshops for firms in Atlanta and Washington, DC, and served as a writing consultant for several Atlanta firms. In the past several years she has handled a variety of legal projects for different firms and organizations.

Ms. Robbins is a Senior Fellow at the American Principles Project which was founded to reinvigorate and restore those principles that made our country great.. On behalf of APP, Jane Robbins work includes education policy, student privacy and parental rights issues. Ms. Robbins has drafted state legislation on educational transparency and sovereignty that has led to a parallel resolution by the South Carolina Southern Baptist Convention, model ALEC legislation, and emulated legislation in several states.

Her writings have appeared in, among other places, The Atlanta Journal-Constitution, The New York Post, and Public Discourse.

*Jane Robbins also appears in this Common Core video series that is highly recommended, put out by the American Principles Project and Concerned Women of Georgia.)
http://whatiscommoncore.wordpress.com...
http://truthinamericaneducation.com/t...


Listen to the guest speaker, Dr. Rella, superintendent of Comsewogue School District. He is in strong and publicly vocal opposition to the Common Core State Standards Initiative.
http://www.youtube.com/watch?v=1Jv_lMEkJtE

Published on Oct 23, 2013
Listen to the guest speaker, Yvonne Gasperino, founder of Stop the Common Core in NYS (http://stopccssinnys.com).
http://www.youtube.com/watch?v=Vi6nS3wPQX4