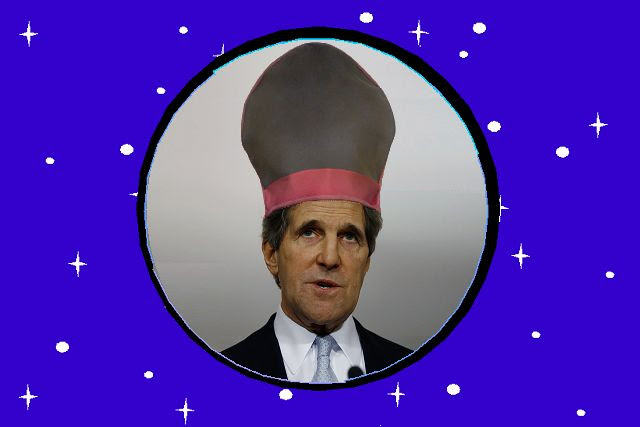 THE "AGW GOSPEL"
SEE: http://www.thenewamerican.com/tech/environment/item/20398-john-kerry-preaches-on-immorality-of-doubting-climate-change;
EXCERPT:
Donning the robes of High Priest of Science, Secretary of State John Kerry delivered a rousing sermon on March 12 that presumed to speak for both Science and Religion on the supposed existential threat of anthropogenic (manmade) global warming, AGW. Warning that we face “utter catastrophe” and the end of “life as we know it on Earth” if we “do nothing” to stop global warming, Kerry said failing to act “is beyond reckless. It is just plain immoral.”
Secretary Kerry delivered his AGW jeremiad before the Atlantic Council, as part of the globalist organization’s “The Road to Paris” Climate Series, which is aimed at stirring support for the upcoming United Nations Climate Summit in Paris, France.
However, before putting on his preacher’s robe to condemn the unbelievers, Rev. Kerry first got into his scientist’s robe to establish with dogmatic certainty the inerrancy of the AGW gospel.
_______________________________________________________________

'The Road to Paris' Climate Series: The Significance of COP21 with Secretary Kerry (47 Minutes) 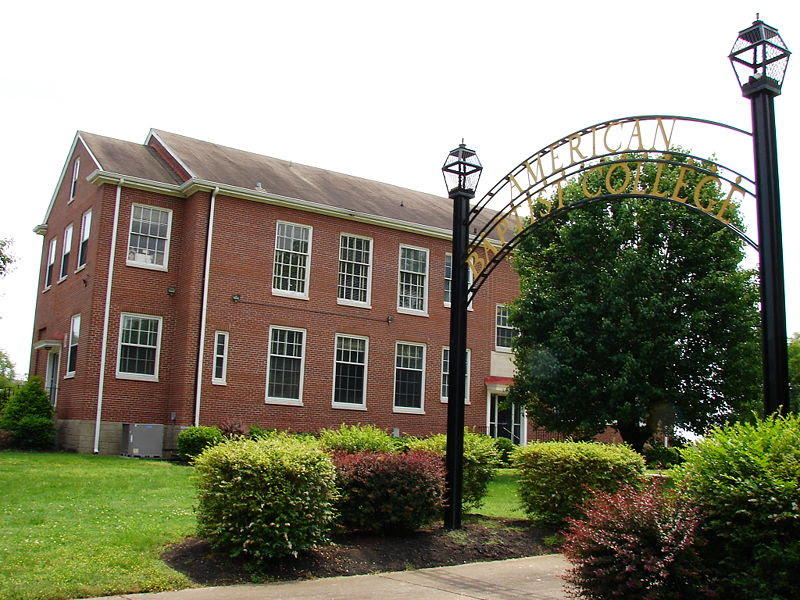 AMERICAN BAPTIST COLLEGE
INVITES LESBIAN SPEAKER~
THEN ACCUSES OTHER CHRISTIANS
OF MAKING THE BIBLE AN IDOL
SEE: http://christiannews.net/2015/03/12/american-baptist-college-defends-invite-to-lesbian-speaker-says-christians-make-idol-of-bible/; by Heather Clark; republished below in full unedited for informational, educational, and research purposes:

NASHVILLE – An American Baptist College is defending its invitation to an openly lesbian United Church of Christ minister, asserting that Christians are making an “idol” of the Bible.
“It’s sad that people use religion and idolatry of the Bible to demoralize same-gender-loving people,” American Baptist College President Forrest Harris told The Tennessean on Wednesday.
The publication then asked that he clarify his use of the phrase “idolatry of the Bible.”
“When people say [the Bible] is synonymous with God and the truth,” Harris responded. “We can’t be guided and dictated by a first-century world view.”
The college had invited Yvette Flunder, a bishop at the City of Refuge United Church of Christ in Oakland, Calif., to speak at its Garnett-Nabrit lecture series next week, which focuses on Christian leadership. The theme is “Ministry in Motion: Living Faith, Doing Justice.”
Flunder its expected to appear at next Tuesday’s evening worship service, and then again at the Nannie Helen Burroughs luncheon, where she is expected to talk about her work to combat HIV and AIDS. The United Church of Christ leader is “married” to her partner Shirley Miller.
But after word of the invitation reached other pastors in Nashville, several denounced college administrators for their actions. Randy G. Vaughn of Mt. Sinai Baptist Church told local television station KMBT that he and other Baptist pastors from across the country will be present to protest Flunder’s appearance next week.

“We do not wear our sin as a badge and parade it,” Vaughn said. “When will the downward spiral end?”
“We don’t feel you have the right to live any way [you want] and be respected in the congregation of our faith,” he continued. “There is nothing holy about lesbianism as there is nothing holy about heterosexual adultery.”
According to a statement on the Refuge United Church of Christ website, Flunder believes that one’s self image can be harmed by believing that their lifestyle isn’t acceptable to God.
“Trying to establish a relationship with a God that barely tolerates you but cannot truly accept and certainly will never celebrate you can do incredible damage to ones self-esteem,” she wrote. “City of Refuge UCC welcomes people to be who they are by embracing a theology of acceptance—a radical inclusivity that leaves no one behind.”
Flunder and her partner spoke at an event in 2013 to urge the U.S. Supreme Court to strike down California’s Proposition 8, which enshrined marriage as being between one man and one woman.
As a result, the National Baptist Fellowship of Concerned Pastors is petitioning American Baptist College to reconsider Flunder’s invitation.
“We believe that President Forrest Harris should rescind the invitation for Bishop Yvette Flunder to speak at ABC, solely on the basis that she is a proud, practicing, and public advocate of same-sex marriage,” the petition reads. “We are also requesting that in the future, no male or female involved in a same-sex marriage be invited to speak at ABC.”
“For a Baptist college president to invite a lesbian bishop legally married to a woman, to be a guest speaker and worship leader on a Baptist college campus is irresponsible, scandalous, non-biblical, and certainly displeasing to God,” the organization states.
But Harris does not seem interested in changing the college’s plans for the event.
“It is particularly important for American Baptist College to truly live its educational mission of justice toward creating a community where all persons are able to love and be loved without social, political or ecclesiastical penalty so that all people may enjoy life and wholeness as God intends,” he said.
BE SURE THAT THE GUILTY PLAYING THE VICTIM
BEFORE A JUST AND RIGHTEOUS GOD WILL NOT FOOL HIM;
HE WILL NOT BE MOCKED
BY SELF RIGHTEOUS FALSE DOCTRINES OF DEVILS,
AND PULPIT PIMP HIRELINGS

Posted by John at 9:49 AM Links to this post