POWAY SYNAGOGUE SHOOTING RABBI APPEARS AT WHITE HOUSE WITH PRESIDENT TRUMP
BY DANIEL GREENFIELD
SEE: https://www.frontpagemag.com/point/273657/synagogue-shooting-rabbi-appears-white-house-daniel-greenfield;
republished below in full unedited for informational, educational and research purposes:
One element that made the Poway synagogue shooting very different from the Pittsburgh synagogue shooting was the membership stayed w.
Chabad of Poway was not only more traditional, its congregants included a Border Patrol officer and a military vet who reacted quickly to the shooter. And a number of Israeli tourists who also quickly jumped into action. That significantly minimized the death toll.
Leading the way was Rabbi Yisroel Goldstein who acted quickly to save the children under fire, losing a finger in the process.
Rabbi Goldstein with his congregants after the shooting, despite being wounded, delivering an impromptu sermon. And he spoke movingly and convincingly.
Here he is now at the White House, putting the lie to the media's attempts to blame President Trump for anti-Semitic violence.

President Donald Trump has celebrated the National Day of Prayer with survivors of last weekend's Chabad of Poway synagogue shooting.
Trump and rabbi Yisroel Goldstein of the Chabad of Poway synagogue spoke by telephone after Saturday's shooting. Goldstein told celebrants during a ceremony Wednesday in the White House Rose Garden that Trump was the first person "who began my healing."
Goldstein thanked Trump for being, "as they say in Yiddish, a mensch par excellence." Mensch is Yiddish for a "person of integrity and honor." Trump said Goldstein is an "incredible man."
Two other heroes of the tragedy, off-duty Border Patrol agent Johnathan Morales and Army veteran Oscar Stewart, attended the ceremony.
Lori Kaye was killed and three others were injured in the shooting, including the rabbi, who lost a finger.

Posted by John at 5:18 PM Links to this post

Many are surprised, but they shouldn't be

BY MICHAEL LEDEEN
SEE: https://www.frontpagemag.com/fpm/273644/nytimes-jew-hating-cesspool-michael-ledeen;
Posted by John at 1:04 PM Links to this post

on Full-Display in America

"WE WILL CHOP OFF THEIR HEADS" 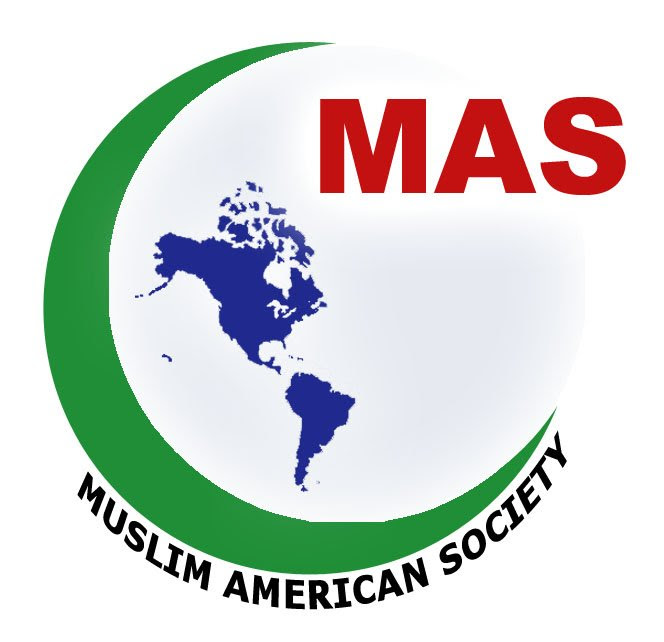 On April 22, 2019, the Muslim American Society Islamic Center in Philadelphia (MAS Philly) uploaded a video of an "Ummah Day" celebration to its Facebook page in which young children wearing Palestinian scarves sang: "Glorious steeds call us and lead us [to] the Al-Aqsa Mosque. The blood of martyrs protects us… Take us, oh ships… until we reach our shores and crush the treacherous ones… Flow, oh rivers of martyrs!" A young girl read a poem praising martyrs who sacrificed their lives for Palestine, and she asked: "Will [Jerusalem] be a hotbed for cowards?" Another young girl read: "We will defend [Palestine] with our bodies… We will chop off their heads, and we will liberate the sorrowful and exalted Al-Aqsa Mosque… We will subject them to eternal torture." MAS Philly belongs to the Muslim American Society (MAS), which has 42 chapters in the United States and one in the United Kingdom. MAS' website says that its mission is to "move people to strive for God-consciousness, liberty and justice, and to convey Islam with utmost clarity," and that its vision is "a virtuous and just American society."
SEE: https://www.investigativeproject.org/7901/from-philasteen-to-philadelphia-muslim-youth
EXCERPTS:
MAS, which prosecutors say was founded in 1993 as the "overt arm" of the Muslim Brotherhood in America, has a long history of promoting violent incitement in the U.S. During its 2016 convention, MAS hosted Sheikh Mohammed Rateb Nabulsi – a Syrian imam who met with senior Hamas leader Ismail Haniyeh and sanctioned Palestinian suicide bombings. In 2017, Nabulsi was banned from Denmark as a "hate preacher." Last year, he spoke at the Dar al-Hijrah Islamic Center in Falls Church, Va., at a middle school near Orlando, and at the Islamic Center of Boca Raton.
MAS is headquartered in Alexandria, Va. and has local chapters in over 20 states. Several of its leaders have been tied to the Dar al-Hijrah mosque in northern Virginia, which serves as incubator of hate and long track-record of radical and terrorist associations.
During the MAS-Philadelphia event, a large group of girls lip-synced another famous Arabic song that encourages violence to remove Israel's presence around Jerusalem's al-Aqsa mosque. The song compares Jerusalem's fall to the Crusaders to modern day Israel's sovereignty over the city.

"They were attacked by the army of darkness, and they occupied our Aqsa for years.
But Saladin came to us, an army committed to our religion.
God with clear victory, he achieved a dream and returned al-Aqsa.
... And the Zionists today returned. They occupied al-Aqsa.
But we are not to blame and our Masra will be restored." 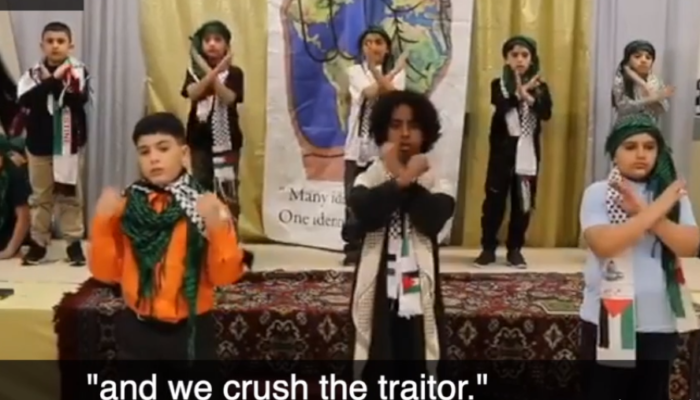 LATEST ARTICLES FROM DAVID CLOUD OF "WAY OF LIFE"

Posted by John at 7:16 AM Links to this post