Estimated 40 police officers were stationed outside of the library PASTOR JAILED DURING "DRAG QUEEN STORY HOUR"~SWAT TEAM SNIPERS POSITIONED
ATOP LIBRARY ROOF
BY HEATHER CLARK
SEE: https://christiannews.net/2019/06/16/pastor-jailed-during-drag-queen-story-hour-camo-spotter-positioned-atop-library-roof/; republished below in full unedited for informational, educational and research purposes:
SPOKANE, Wash. — A Baptist pastor was arrested and jailed on Saturday after refusing to move across the street from the Spokane, Washington Public Library while exercising his free speech against a “Drag Queen Story Hour.” The event had a significant militaristic police presence, including camouflaged snipers positioned atop the roof to oversee the large crowd that stood both for and against the men dressed like women reading stories to children.
Afhsin Yaghtin of New Covenant Baptist Church was arrested for obstructing an officer as he contended with police that the South Hill Library is public property and that he should be able to speak adjacent to the facility instead of being required to stand across the street.
Video footage posted to social media shows police telling Yaghtin that if he does not support the event, he needs to stand on the other side of the street, away from the library — though those defending the drag queens were permitted to be on the same side.
“So, I can stand right here,” Yaghtin states to one officer. “No, you are going to need to go across the street,” the officer replies.
Yaghtin then speaks to another officer, and is again told to stand across the street. He asserts that the library should be considered public property as the event is solely in one room.
“This is a public library. The only event that they’ve reserved is a private room,” Yaghtin argued. “The rest of the library is U.S. property. … I have the right to free speech wherever I want to speak.”
He was soon taken into custody and charged with obstructing the police, or as reports state, “trying to enter the non-designated protest area.” Yaghtin has since been released.
According to The Spokesman-Review, an estimated 40 police officers were stationed outside of the library. Those who supported the event — approximately 400 in all — stood adjacent to library property, and those opposed to the “Drag Queen Story Time” — about 200 concerned residents — were asked by police to stand on the other side of the street.
One photo posted to social media shows a man in camouflage standing atop the South Hill Library. The Charles Carroll Society also posted photos on its website of men on the roof holding binoculars. See here and here. Sgt. Terry Preuniger of the Spokane Police Department told reporters that the police had thought people were going to bring firearms to the library.
“From looking at online conversations, police expected to see people armed on both sides, which resulted in a strong police presence on Saturday, he said, but no civilians showed up openly carrying guns,” The Spokesman-Review states.
“The police presence was a little ridiculous. They had snipers on the roofs. They wouldn’t allow us into the library,” Anna Bohach of 500 Mom Strong told the outlet.
A law enforcement dispatcher supervisor through Spokane County 911 confirmed to Christian News Network that those atop the library roof were snipers “most likely” with the Spokane Police Department SWAT team as opposed to the county SWAT team.

Other photos of the event show three drag queen supporters dressed as “angels” with sheets for wings, appearing to do so to block out the opposition. Some present held signs such as “All hail the queens,” “God is love; why do you hate” and “Oh, look a guy in a dress reading to kids” with a drawing of Jesus surrounded by children.
“If Jesus was around today, He would be on this side,” one man who brought his son and daughter to the Story Hour claimed. His son wore a dress to the event.
One drag queen, who goes by the stage name Katie Rockswell, read a book to the children entitled “A Family Is a Family Is a Family.” The short story is about children having different parental situations, as some have a mom and a dad, some have two “dads,” some live with their grandmother, and some are split between both parents.
Those who opposed the event preached in the open air, held signs or sang songs. Signs included, “Teach your kids to love their DNA. Gender fluidity is a lie,” “Read the Bible,” “Drag = misogyny” and “Only Jesus saves sinners from Hell.”
According to reports, an estimated 50 children attended the event with their parents.
“May God use this for His glory and His glory alone,” Yaghtin said of his arrest on social media following his release. “God bless all my supporters and friends and those who inspire me to stand strong for the Lord Jesus by their godly example!”
_______________________________________________________
DRAG QUEEN PERVERSION HOUR SERMON
"Drag queen" perversion story hour is coming to our public libraries, including Spokane, WA, where sodomite drag queens are going to read gender-fluid propaganda to 3-8 year olds. Exposing the sexual assault, pedophilia and misogynistic agenda of "drag". Contact the Spokane South Hill Library Directory, Ellen Peters BELOW: Phone: (509.444.5386), Email: epeters@spokanelibrary.org

After Moms Who Exposed

think the drag queen issue would get THIS bad.

Posted by John at 5:06 PM Links to this post 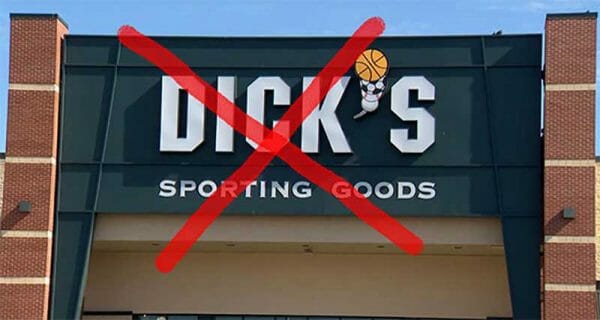 KOCH BROTHERS JOIN GEORGE SOROS'
CENSORSHIP REGIME
Leftist advocacy groups like the ADL, Vox, and the Southern Poverty Law Center are pushing their anti-conservative standards on Facebook, Google, and Twitter to police political speech and thought. Now they won’t only have Soros money to help them carryout their censorship of conservatives, but also the collaboration of the Koch Brothers. Related links: Koch Brothers Ally With George Soros to Push (Leftist) Online Censorship: https://www.thenewamerican.com/usnews...
Polly Says Ditch Your Smartphones