HILLARY INVOKES GOD'S BLESSING
A VOTE FOR HER
IS A VOTE FOR EVIL
CLINTON VOWS AT DNC TO DEFEND HOMOSEXUALITY & ABORTION
IF ELECTED PRESIDENT
BY HEATHER CLARK
SEE: http://christiannews.net/2016/07/29/clinton-vows-at-dnc-to-defend-homosexuality-abortion-if-elected-president/; republished below in full unedited for informational, educational, and research purposes:

PHILADELPHIA — During her speech on Thursday accepting the Democratic nomination for president of the United States, Hillary Clinton again vowed to defend homosexuality and abortion if elected.
“We will defend all our rights—civil rights, human rights and voting rights—women’s rights and workers’ rights—LGBT rights and the rights of people with disabilities!” she declared to those gathered and those watching around the world.
“If you believe that every man, woman, and child in America has the right to affordable health care, join us. If you believe that we should say ‘no’ to unfair trade deals, that we should stand up to China, that we should support our steelworkers and autoworkers and homegrown manufacturers, join us,” Clinton said during another portion of her speech.
“If you believe we should expand Social Security and protect a woman’s right to make her own health care decisions, join us,” she stated.
Clinton concluded her talk by noting that the world is watching, and wishing God’s blessing on her supporters and the nation.
“Yes, the world is watching what we do. Yes, America’s destiny is ours to choose,” she said. “So let’s be stronger together, my fellow Americans. Let’s look to the future with courage and confidence. Let’s build a better tomorrow for our beloved children and our beloved country. And when we do, America will be greater than ever.”
“Thank you and may God bless you and the United States of America!” Clinton declared.
Her daughter, Chelsea, had also referenced homosexuality and abortion during her introduction of her mother, drawing applause.
“So, this November, I’m voting for a woman who is my role model, as a mother, and as an advocate. A woman who has spent her entire life fighting for families and children,” she said. “I’m voting for the progressive, who will protect our planet from climate change and our communities from gun violence, who will reform our criminal justice system, and who knows that women’s rights are human rights.”
“And who knows that LGBT rights are human rights,” Chelsea Clinton continued.
As previously reported, Donald Trump likewise addressed homosexuality in his acceptance speech, telling those gathered that he would work to protect homosexuals if elected.
“As president, I will do everything in my power to protect LGBTQ citizens from the violence and oppression of a hateful foreign ideology,” Trump declared, being met with applause.
“And, I have to say, as a Republican, it is so nice to hear you cheering for what I just said,” he said in response.
Both candidates have asserted that they are the best for the “LGBT community.”
Posted by John at 12:23 PM Links to this post

BY KURT NIMMO
SEE: http://www.infowars.com/france-announces-formation-of-national-guard-as-state-of-emergency-continues/; republished below in full unedited for informational, educational, and research purposes:

The French government has moved to further militarize the country under an open-ended state of emergency following the latest terror attack.
In a statement released by the Elysee Palace on Thursday, the government announced a plan to form a national guard. “President of the Republic [Hollande] decided to establish the National Guard from the existing operating reserves,” the statement reads. Hollande said the government will “as soon as possible begin the establishment of this structure, which would serve to protect the French people.”

The Defense and Security Council will be officially notified of the plan in August and the national guard units will be formed in September, according to the statement.
The announcement arrives on the heels of a horrific attack and beheading of a priest at the Saint-Etienne-du-Rouvray church in Normandy. Earlier this month, Mohamed Lahouaiej Bouhlel went on a rampage with a truck in Nice on Bastille Day, killing 84 people. In November, terrorists launched coordinated attacks in Paris, killing 130 people.
The attack in Nice prompted Interior Minister Bernard Cazeneuve to call for “all willing French patriots” to sign up as reservists. Marine Le Pen, the National Front leader, demanded a return of compulsory national service.
Following the attack during the Bastille Day celebration, Hollande extended the state of emergency and added new measures. Police are permitted to search without a court warrant, detain children, seize data from computers and mobile phones, and to search luggage and vehicles without judicial approval.

Critics contend the measures will do nothing to prevent terrorism and are being used against political activists, for instance, environmental activists who were put under house arrest during the Paris climate summit in November.
In May, the law was used to ban activists from joining demonstrations against the government’s labor reform. The labor proposals touched off large demonstrations in the country.
It is not clear if the new French national guard will be used to enforce the state of emergency or will only be used following terrorist attacks.
According to Finian Cunningham, the French “trajectory in state power is in danger of becoming a self-reinforcing dynamic of increasing autocratic governance—dictatorship—where democracy, for all intents and purposes, ceases to exist. Even more disturbingly, this sinister watershed is hardly even questioned in public discourse…
“France is heading towards a militarized autocratic police state, not unlike Israel. Citizens are being conditioned to live permanently with fear and emergency powers that supplant democratic rights.”

Tough read, but necessary, @hrw on human rights at risk under the state of emergency in France:https://t.co/NMm9g7n7TU
— reported.ly (@reportedly) July 22, 2016

Earlier this week, Germany also signaled it will begin domestic militarization.
In the aftermath of the Munich attacks last week, Bavarian Interior Minister Joachim Herrmann told the Welt am Sonntag newspaper it “would be completely incomprehensible … if we had a terrorist situation like Brussels in Frankfurt, Stuttgart or Munich and we were not permitted to call in the well-trained forces of the Bundeswehr, even though they stand ready.”
Following WWII and the defeat of the Nazis, the German constitution forbade the military, known as the Bundeswehr, to be used domestically except in instances of national emergency.
The Greens and members of the Social Democratic Party warned against “domestic calls for more surveillance, isolation and military [intervention],” and added the Munich attack would be exploited politically.
The German government, however, had planned to lift restrictions on Bundeswehr prior to the Munich attack.
________________________________________________________ 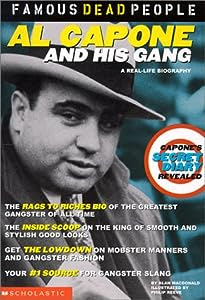 DINESH D'SOUZA INTERVIEWED ABOUT HIS NEW BLOCKBUSTER FILM,
"HILLARY'S AMERICA"
Published on Jul 28, 2016
Dinesh D'Souza discusses the criminality of the Clinton family as well as his latest film which shows them for what they really are. 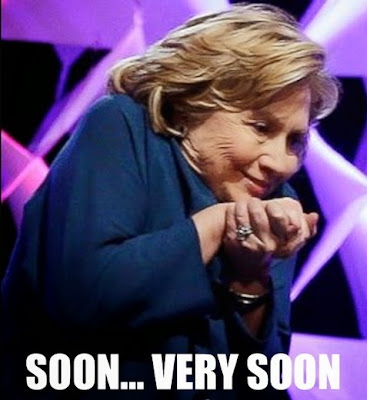 NEOCONS, WARMONGERS & GLOBALISTS ABANDON GOP FOR HILLARY
BY ALEX NEWMAN
SEE: http://www.thenewamerican.com/usnews/politics/item/23739-neocons-warmongers-and-globalists-abandon-gop-for-hillary;
Posted by John at 11:06 AM Links to this post The following is excerpted from “Putin Signs,” Forum18.org, July 8, 2016: “Russia’s President Vladimir Putin has signed into law legislation on so-called ‘missionary activity,’ further restricting the public expression of freedom of religion and belief, including in the media and online. The amendment--which has been rapidly introduced--caused widespread protests, but was signed on 6 July and the signing was made public at Moscow lunchtime on 7 July. It was published on the presidential website that day and comes into force on 20 July. Lawyers working to protect the right to freedom of religion and belief are already preparing for an appeal to the Constitutional Court. ... Against international human rights obligations, the amendments to the Religion Law restrict those who can share beliefs to people with permission from members of state-registered religious groups and organisations. This excludes people from groups which have chosen to operate without state permission, such as certain Baptist congregations.
The amendments also bar even informal sharing of beliefs, for example responding to questions or comments, by individuals acting on their own behalf. The amendments also restrict the beliefs that can be shared, specifies a restricted list of places where beliefs may be shared, and explicitly bans any beliefs from being shared in residential buildings, or on another association’s property without permission. An allegedly ‘anti-terrorist’ part of the amendments bars the conversion of residential property to religious use. There are now heavy financial penalties of up to 50,000 Roubles for individuals and up to 1 million Roubles for organisations who violate the amendments. A fine of 50,000 Roubles (about 6,500 Norwegian Kroner, 700 Euros, or 780 US Dollars) represents about six weeks’ average wages for those in work. Maximum fines for organisations would be up to 20 times as much.”
_______________________________________________________
Posted by John at 10:30 AM Links to this post