BY STEVE WATSON
SEE: http://www.infowars.com/msnbc-shills-for-planned-parenthood-as-second-damning-video-is-released/; republished below in full unedited for informational, educational, and research purposes:

A second sting video has been released showing a Planned Parenthood official haggling over the price of aborted baby tissue and body parts. During the gruesome conversation, Medical Directors’ Council President, Dr. Mary Gatter, even ‘jokes’ that she wishes to buy a Lamborghini with the profits.

"WHAT ARE YOU USED TO PAYING?"

It is similar to last week’s viral video showing PPFA Senior Director of Medical Services Dr. Deborah Nucatola admitting to using partial-birth abortions to get intact parts and suggesting a price range of $30 to $100 per specimen.

Actors posing as buyers ask Gatter, “What would you expect for intact [fetal] tissue?”

“Well, why don’t you start by telling me what you’re used to paying!” Gatter replies.

Gatter continues: “You know, in negotiations whoever throws out the figure first is at a loss, right?” She explains, “I just don’t want to lowball,” before suggesting, “$75 a specimen.”

Gatter twice recites Planned Parenthood messaging on fetal tissue collection, “We’re not in it for the money,” and “The money is not the important thing,” but she immediately qualifies each statement with, respectively, “But what were you thinking of?” and, “But it has to be big enough that it’s worthwhile for me.”

Gatter also admits that in prior fetal tissue deals, Planned Parenthood received payment in spite of incurring no cost: “It was logistically very easy for us, we didn’t have to do anything. So there was compensation for this.” She accepts a higher price of $100 per specimen understanding that it will be only for high-quality fetal organs: “Now, this is for tissue that you actually take, not just tissue that someone volunteers and you can’t find anything, right?”

By the lunch’s end, Gatter suggests $100 per specimen is not enough and concludes, “Let me just figure out what others are getting, and if this is in the ballpark, then it’s fine, if it’s still low, then we can bump it up. I want a Lamborghini.”

Gatter also suggests modifying the abortion procedure to get more intact fetuses: “I wouldn’t object to asking Ian, who’s our surgeon who does the cases, to use an IPAS [manual vacuum aspirator] at that gestational age in order to increase the odds that he’s going to get an intact specimen.”

Gatter seems aware this violates rules governing tissue collection, but disregards them: “To me, that’s kind of a specious little argument.” Federal law requires that no alteration in the timing or method of abortion be done for the purposes of fetal tissue collection (42 U.S.C. 289g-1).

The video, like last week’s featuring Dr. Nucatola, was produced by The Center for Medical Progress and is part of CMP’s nearly 3-year-long investigative journalism study, “Human Capital.”

See the video at: https://www.youtube.com/watch?v=MjCs_...

If you wrote a horror script where abortionists haggle over baby body part prices over wine and Lamborghini talk, nobody would believe it.
— Sean Davis (@seanmdav) July 21, 2015
The footage, released by the anti-abortion group Center for Medical Progress, sees Gatter literally haggling over payments for intact fetal specimens.

So that whole thing about them not selling baby parts is patently, provably false. You don't haggle over your costs.
— RB (@RBPundit) July 21, 2015

We're giving hundreds of millions of tax dollars to people that haggle over body parts of the unborn like they're selling tires.
— CounterMoonbat (@CounterMoonbat) July 21, 2015

Gatter also promises to talk a surgeon and see how he feels about “using a less crunchy technique to get more whole specimens.”

Man, there is a crisis of "tone" at @PPact. PP official suggests using a "less crunchy technique" to get good parts. https://t.co/NzSnbwtJLQ
— Casey Mattox (@CaseyMattoxADF) July 21, 2015

Gatter is seen asking a CMP member posing as a “buyer” what amount they usually pay for aborted tissue.
“We’re not in it for the money,” Dr. Gatter says. “We don’t want to be in a position of being accused of selling tissue and stuff like that. On the other hand, there are costs associated with the use of our space and all that kind of stuff. So what were you thinking about?”
Eventually Gatter suggests that $75 per specimen is a fair price. The CMP actor replies, “Oh. That’s way too low.”
“The money is not the important thing for me,” but it has to be enough so it’s worthwhile, she says.
“It’s been years since I’ve talked about compensation, so let me just figure out what others are getting, and if this is in the ballpark, then it’s fine, if it’s still low, then we can bump it up,” Gatter says, adding “I want a Lamborghini,” while cackling with laughter.

This is the part of the #PlannedParenthood video where Dr. Mary Gatter says, "I WANT A LAMBORGHINI!" pic.twitter.com/x2VnUhVd02
— Paul Joseph Watson (@PrisonPlanet) July 21, 2015

“Planned Parenthood’s only denial is that they make money off of baby parts, but that is a desperate lie that becomes more and more untenable as CMP reveals Planned Parenthood’s business operations and statements that prove otherwise,” said CMP’s Project Lead David Daleiden in a statement.
Planned Parenthood were aware that the video was going to be released this time, and had already set about damage control by providing scripts to their corporate media mouthpieces.
MSNBC was reporting for hours before the footage was released that a new “racially-charged” video is coming.

Planned Parenthood warns of sting videos to come. This time, they could be racially-charged:http://t.co/6ImRisV7z6
— msnbc (@msnbc) July 20, 2015

.@msnbc Will be awesome to watch you MSNBC defend racism when it comes out. I know you won't disappoint as you do your duty for @PPact
— Brad Teller (@CommonBrad) July 20, 2015

@msnbc And by "racially charged" you mean revealing the # of black babies aborted by PP? Or the racist history of PP?
— TANSTAAFL (@TANSTAAFL23) July 20, 2015

@msnbc Because PP is the heirs of "progressive" eugenicists, and they hate black people.
— TANSTAAFL (@TANSTAAFL23) July 20, 2015

Using exactly the same talking points as Planned Parenthood did in a senior counsel statement to a congressional request, MSNBC reported:

Planned Parenthood, under fire for a heavily-edited video suggesting the organization violated federal law in facilitating the donation of fetal tissue, says it believes future videos may make racially-charged claims. The health provider and advocacy group also says the anti-abortion group posing as a medical research procurement company may have had access to the inside of its clinics, jeopardizing “our patients’ privacy and dignity.”

Twitter responded by calling out MSNBC for repeating Planned parenthood’s script as “news”.

@msnbc <- trying to be mouthpiece and soften the blow of what they KNOW is coming. Propagandists not news. #tcot #tiot #tlot
— Jim (@WontComply) July 20, 2015

@msnbc Old political adage: get in front of it. They are a baby killing for profit corporation that got caught & is afraid they may lose $!
— Germ (@edseyger) July 20, 2015

It remains to be seen how MSNBC will spin the Lamborghini comments.

"I want a Lamborghini" — don't mind those aborted babies over there. #PPSellsBabyPartspic.twitter.com/eyxa2nMYym
— Charmaine (@CharmaineYoest) July 21, 2015

How many Lamborghini's does a half billion in federal taxpayer dollars buy? Asking for@PPact
— Casey Mattox (@CaseyMattoxADF) July 21, 2015

Waiting on @mmfa for new @PPact video. "It was deceptively edited! She only wanted a USED Lamborghini."
— Jay Caruso (@JayCaruso) July 21, 2015

How many baby livers do you have to sell to buy a #Lamborghini?
— BiasedGirl (@BiasedGirl) July 21, 2015

Thanks to @PPact we now know that the value of a human life is the price of a new Lamborghini.
— William Newton ن (@wbdnewton) July 21, 2015 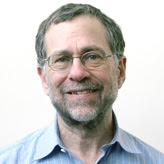 BABY PARTS ARE HUMAN, BUT THE WHOLE BABY IS JUST TISSUE?

Posted by John at 3:59 PM Links to this post

26 REASONS TO NOT TRUST THE POLICE

26 REASONS TO NOT TRUST THE POLICE
SEE: http://filmingcops.com/dont-trust-police/; republished below in full unedited for informational, educational, and research purposes: