to tears in Southwest Ranches:

The little vial of Pope John Paul II blood, one of four extracted shortly before the popular pope died in 2005, visited Archbishop McCarty High in Southwest Ranches before it returns to Rome on Nov. 23.
See:
http://www.sun-sentinel.com/news/fl-pope-blood-relic-20131115,0,7276720.story
Posted by John at 4:50 PM Links to this post

OUR LADY OF CZESTOCHOWA, JASNA GORA

LISTEN TO AUDIO SERMON OF PASTOR RALPH OVADAL
OF PILGRIMS COVENANT CHURCH, MONROE, WISCONSIN
AT: http://www.sermonaudio.com/sermoninfo.asp?SID=112913949270,
EXPOSING THE CATHOLIC IDOLATRY OF THIS "GODDESS"

VIDEOS: From Ocean to Ocean -

Icon of Our Lady of Czestochowa:


With Czestochowa icon in defense of life:

The Black Madonna of Poland:

The unveiling of the Black Madonna icon [Czestochowa, Poland]:


ALSO SEE The National Shrine in Doylestown, Pennsylvania:
http://www.czestochowa.us/
Posted by John at 1:33 PM Links to this post

Roy Masters - Take Your Kids Out Of Public School!:

IndoctriNation - How the Public Schools are Destroying America:

Email ThisBlogThis!Share to TwitterShare to FacebookShare to Pinterest
Labels: Education

Email ThisBlogThis!Share to TwitterShare to FacebookShare to Pinterest
Labels: Homeschooling

"USA Today has officially become the first major paper to take a principled stand and has declared that they refuse to publish the “official” photos offered to media outlets from the Obama Administration, according to Tea Party News Network."
SEE:
http://www.tpnn.com/fighting-back-usa-today-will-no-longer-publish-obama-admins-official-press-photos/
USA Today Deputy Director of Multimedia Andrew P. Scott issued the following memo to all staff:

"All,
We do not publish, either in print or online, handout photos originating from the White House Press Office, except in very extraordinary circumstances. In those very rare instances where a handout image from the White House image has been made under legitimate national security restrictions and is also of very high news value, the use needs to be approved in advance by consulting with Dave Callaway, David Colton, Owen Ullmann, Susan Weiss, Dave Teeuwen, Patty Michalski or me prior to publication.
The functions of the President at the White House are fundamentally public in nature, and should be documented for the public by independent news organizations, not solely by the White House Press Office.
The journalistic community feels so strongly about this that 38 news organizations, including Gannett, have sent a letter of formal protest to the White House."

Here is the full text of the letter sent to the White House, signed by major news sources:
See:
http://www.politico.com/blogs/media/2013/11/whca-protests-white-house-photo-ban-178077.html, reprinted in full below for educational purposes:

November 21, 2013
Jay Carney
Press Secretary
The White House
VIA HAND DELIVERY
Dear Mr. Carney:
We write to protest the limits on access currently barring photographers who cover the White House. We hope this letter will serve as the first step in removing these restrictions and, therefore, we also request a meeting with you to discuss this critical issue further. Journalists are routinely being denied the right to photograph or videotape the President while he is performing his official duties. As surely as if they were placing a hand over a journalist’s camera lens, officials in this administration are blocking the public from having an independent view of important functions of the Executive Branch of government. To be clear, we are talking about Presidential activities of a fundamentally public nature. To be equally clear, we are not talking about open access to the residence or to areas restricted, for example, for national security purposes.
The apparent reason for closing certain events to photographers is that these events have been deemed “private.” That rationale, however, is undermined when the White House contemporaneously releases its own photograph of a so-called private event through social media. The restrictions imposed by the White House on photographers covering these events, followed by the routine release by the White House of photographs made by government employees of these same events, is an arbitrary restraint and unwarranted interference on legitimate newsgathering activities. You are, in effect, replacing independent photojournalism with visual press releases.
All of the following events, with the exception of the McCain-Graham meeting, were reported as “read-outs” by the White House with “official” White House photo(s) attached. They illustrate the troubling breadth of the restrictions placed upon newsgathering by the White House to record governmental activity of undisputed and wide public interest:
• On July 10, 2013, the President met with members of the Congressional Hispanic Caucus.
• On July 11, 2013, the President met with the Co-Chairs of the U.S. - China Strategic and Economic Dialogue.
• On July 29, 2013, the President met with former Secretary of State Clinton (White House photo also distributed via Twitter).
• On July 30, 2013, the President and Vice President met with Israeli and Palestinian negotiators.
• On August 26, 2013, the President met with African-American Faith Leaders.
• On September 2, 2013, the President met with Senators McCain and Graham.
• On October. 11, 2013, the President and family members met with Pakistani human rights activist Malala Yousafzai, a person of great public interest.
While certain of these events may appear “private” in nature, the decision of the White House to release its own contemporaneous photograph(s) suggests that the White House believes these events are, in fact, newsworthy and not private.
The right of journalists to gather the news is most critical when covering government officials acting in their official capacities. Previous administrations have recognized this, and have granted press access to visually cover precisely these types of events, thus creating government transparency. It is clear that the restrictions imposed by your office on photographers undercut the President’s stated desire to continue and broaden that tradition. To exclude the press from these functions is a major break from how previous administrations have worked with the press.
Moreover, these restrictions raise constitutional concerns. As the Supreme Court has stated, the First Amendment protects “the public and the press from abridgment of their rights of access to information about the operation of their government,” Richmond Newspapers Inc. v. Virginia, 448 U.S. 555, 584 (1980). The fact that there is no access whatsoever only heightens those concerns. As one court has noted in considering a similar restriction: “The total exclusion of television representatives from White House pool coverage denies the public and the press their limited right of access, guaranteed by the First Amendment of the Constitution of the United States." Cable News Network, Inc. v. American Broadcasting Companies, Inc., et al. 518 F.Supp. 1238, 1245 (N.D. GA 1981).
The organizations and individuals signing this letter strongly believe that imposing limits on press access, as your office has done, represents a troubling precedent with a direct and adverse impact on the public’s ability to independently monitor and see what its government is doing.
We consider this a most serious matter and urge you to provide appropriate access for independent photojournalists to all public governmental events in which the President
participates. Again, we see this letter as the first step toward restoring full press access to these events. Accordingly, we request an immediate meeting with you in order to resolve this very serious situation. We ask that you contact Steve Thomma, President of the White House Correspondents’ Association, and Sam Feist, current television pool chair, to set up the meeting.
Thank you.
ABC News
Agence France-Presse
American Society of News Editors
American Society of Media Photographers
Associated Press
Associated Press Media Editors
Associated Press Photo Managers
Association of Alternative Newsmedia
Association of Opinion Journalists
Bloomberg News
CBS News
CNN
Dow Jones & Company, Inc.
Fox News Channel
Gannett Co., Inc.
Getty Images
Lee Enterprises, Incorporated
The McClatchy Company
McClatchy-Tribune Information Services
National Press Club
National Press Photographers Association
NBC News
New England First Amendment Coalition
News Media Coalition
Newspaper Association of America
The New York Times Company
Online News Association
Professional Photographers of America
Radio Television Digital News Association
Regional Reporters Association
The Reporters Committee for Freedom of the Press
Reuters
Society of Professional Journalists
Tribune Company
The Washington Post
White House Correspondents’ Association
White House News Photographers Association

The White House Correspondents' Association today joins dozens of news associations and media outlets in protesting White House policies that ban photojournalists from covering the president at certain events while releasing government photos and videos of the same events.

"Journalists are routinely being denied the right to photograph or videotape the President while he is performing his official duties," the WHCA and other news organizations said in a letter Thursday to White House Press Secretary Jay Carney.

"As surely as if they were placing a hand over a journalist’s camera lens, officials in this administration are blocking the public from having an independent view of important functions of the Executive Branch of government."

The letter, also signed by such groups as the American Society of News Editors, the Associated Press Media Editors and the White House News Photographers Association as well as individual media outlets, notes that the White House has argued that certain events with the president are private and should not be opened to the news media.
However, in instance after instance, the White House has proved that claim false by allowing its own photographers and videographers into the same events and then releasing those photos or videos to a nationwide audience.

"You are, in effect, replacing independent photojournalism with visual press releases," the groups said in the letter.
The practice is a troubling break from tradition, and belies the president's vow to be more transparent."The right of journalists to gather the news is most critical when covering government officials acting in their official capacities," the letter said.

"Previous administrations have recognized this, and have granted press access to visually cover precisely these types of events, thus creating government transparency. It is clear that the restrictions imposed by your office on photographers undercuts the President's stated desire to continue and broaden that tradition.  To exclude the press from these functions is a major break from how previous administrations have worked with the press."

The groups asked for a meeting to make the case face to face for a change in policy.

--The board of the WHCA
For more information, contact WHCA President Steven Thomma at 202-383-6042 orsthomma@mcclatchydc.com
Posted by John at 10:54 AM Links to this post

Why did Capitol cops cut down
'innocent' woman?
SEE:
http://www.wnd.com/2013/12/capitol-cops-gunned-down-my-innocent-sister/ 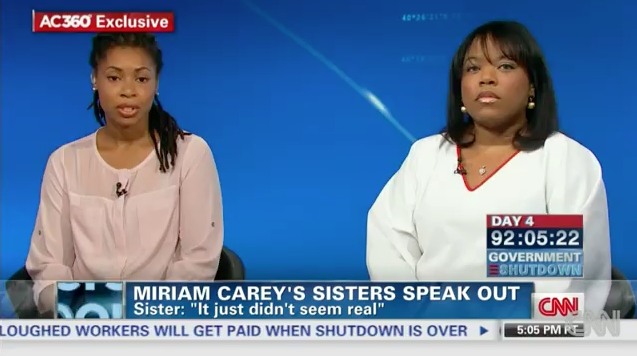 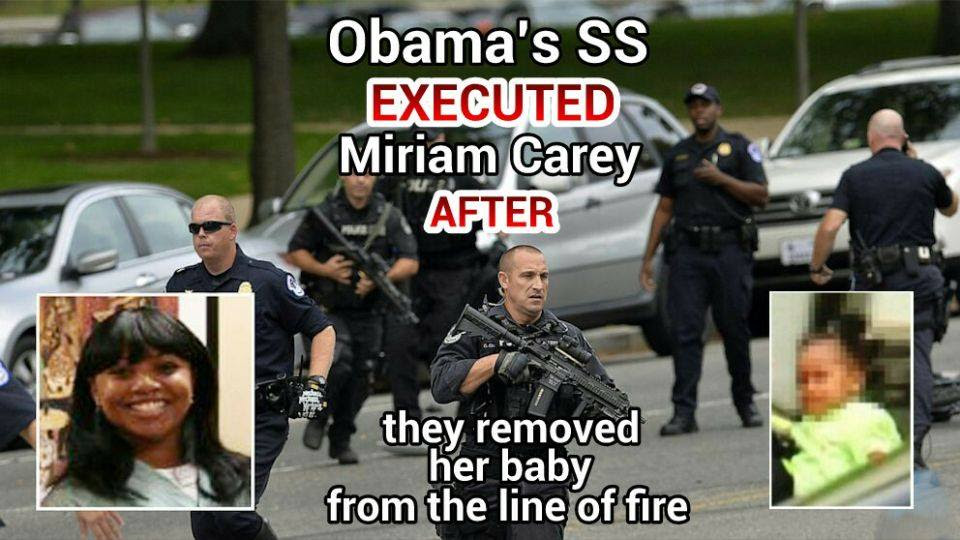 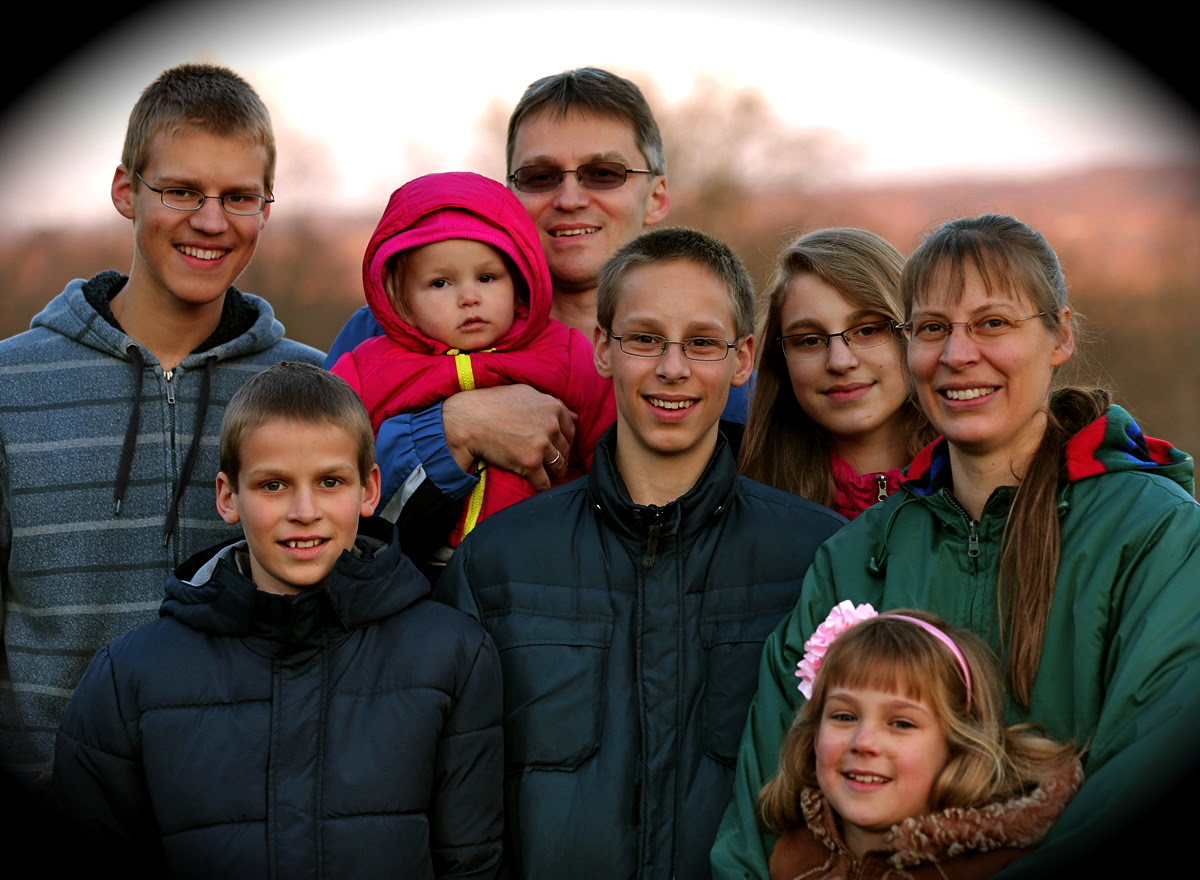 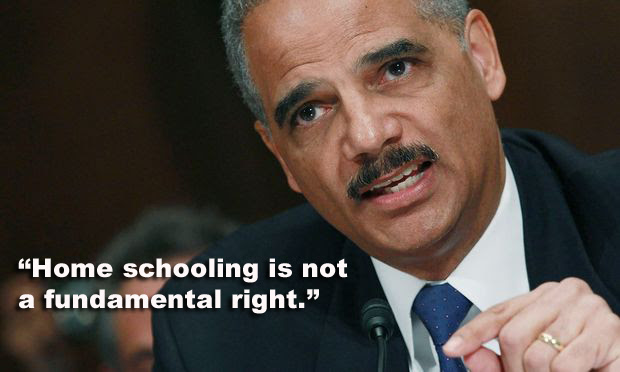 "The Obama administration has until December 19th to submit its response to the Supreme Court. The court then will weigh whether it will accept the case based on the legal briefs received from both sides."

Posted by John at 9:41 AM Links to this post