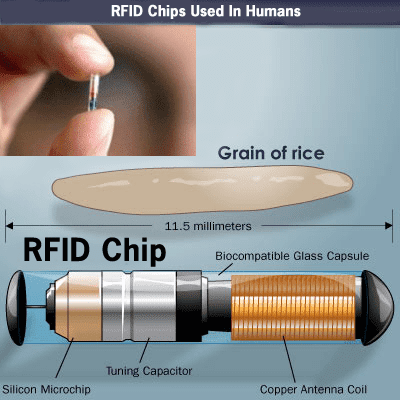 Between Thumb and Forefinger or Upper Arm: 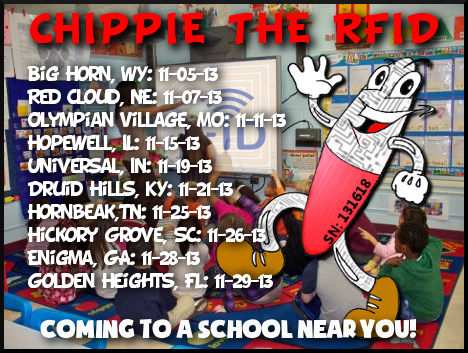 Wal-Mart's RFID Micro Chips to Track Clothing
Wal-Mart Stores Inc. plans to roll out sophisticated electronic ID tags to track individual pairs of jeans and underwear, the first step in a system that advocates say better controls inventory but some critics say raises privacy concerns.
Wal-Mart will place removable "smart tags" on individual garments that can be read by a hand-held scanner. Wal-Mart workers will be able to quickly learn, for instance, which size of Wrangler jeans is missing, with the aim of ensuring shelves are optimally stocked and inventory tightly watched. If successful, the radio-frequency ID tags will be rolled out on other products at Wal-Mart's more than 3,750 U.S. stores.

16 And he causeth all, both small and great, rich and poor, free and bond, to receive a mark in their right hand, or in their foreheads:
17 And that no man might buy or sell, save he that had the mark, or the name of the beast, or the number of his name.
18 Here is wisdom. Let him that hath understanding count the number of the beast: for it is the number of a man; and his number is Six hundred threescore and six.

Get Saved We are very, very, close to The Mark Of The Beast being implemented.
These are just a few examples of how God's Prophecies of The Last Days Are
coming true before our very eyes.

Solo Health Stations has received an substantial grant from the National
Institutes of Health because they hooked up with Secretary of Health and
Human Services Kathleen Sebelius.

The Real link to Obama Care or Affordable Care Act. The Patient Protection and Affordable Care Act (PPACA).
http://eproductalert.com/digitalediti...
SoloHealth is also committed to working
with strategic partners to increase general
public health awareness, having received
a substantial grant from the National
Institutes of Health and having recently
presented the SoloHealth Station to a
panel including Secretary of Health and
Human Services Kathleen Sebelius.

SoloHealth, with
active involvement from Intel, designed its
kiosk with the leading-edge technologies
and performance headroom needed to
accommodate expansion to meet future needs.
I.E. RFID readers and such.
must view and read the following link...incredible RFID and implantable device info tied to
SoloHealth Stations info and company.
http://eproductalert.com/digitalediti...

Link to my Video on Immigration Reform Bill Info. This Bill will Accompany
Obama Care to Implement The Mark Of The Beast more so.
https://www.youtube.com/watch?v=L9MxP... 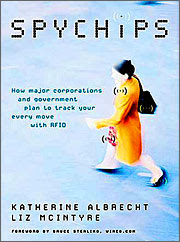 Spy Chips In Your Home

Over 30 Billion RFIDs Made Per Year

Teen fights back against tracking chips in school ID cards:


Andrea Hernandez was told she'd be expelled from John Jay High School's Science and Engineering Academy in San Antonio starting next week if she insists any further on disobeying a new policy that requires students to wear ID badges equipped with tiny Radio Frequency Identification ("RFID") chips. A judge gave Hernandez a temporary restraining order from the school district and ruled on Wednesday that the principal's orders to make the surveillance mandatory were a violation of the student's speech and religion. John Whitehead, a constitutional attorney, speaks with RT's Kristine Frazao about his case.


to be tracked with microchips:

WARNING: RFID FOR EVERYONE

cancer treatment thanks to ObamaCare:

Posted by John at 4:45 PM Links to this post