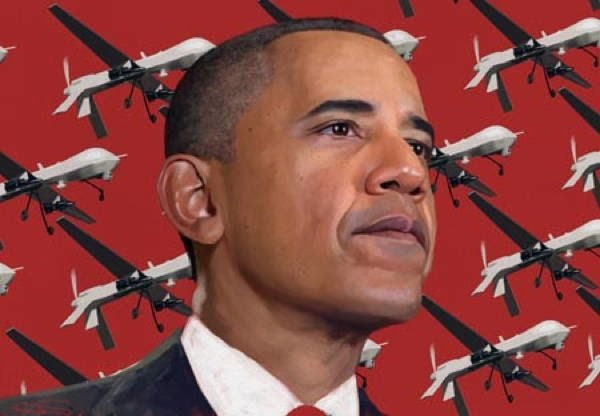 Posted by John at 5:41 PM Links to this post

NSA DATA COLLECTION ILLEGAL AS PER FEDERAL OVERSIGHT BOARD 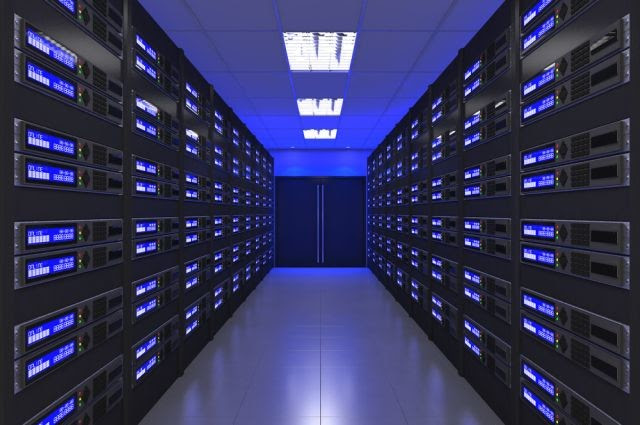 See: http://www.thenewamerican.com/usnews/constitution/item/17469-federal-panel-says-nsa-data-collection-illegal-should-be-ended
EXCERPTS:
"The National Security Agency's bulk collection of phone records is illegal and should be ended, an independent federal watchdog agency concluded in a report released Thursday. The report by the Privacy and Civil Liberties Oversight Board (PCLOB) also concluded the NSA program has resulted in only "minimal" benefits to efforts to protect the nation from terror attacks,according to the New York Times, which obtained an advance copy of the 238-page document."
“We simply disagree with the board’s analysis on the legality of the program,” Jay Carney, the president’s press secretary said Thursday."
"The program "lacks a viable legal foundation under Section 215, implicates constitutional concerns under the First and Fourth Amendments, raises serious threats to privacy and civil liberties as a policy matter, and has shown only limited value," the privacy board concluded."As a result, the board recommends that the government end the program.""

See also: http://www.foxnews.com/politics/2014/01/23/independent-federal-review-board-says-nsa-phone-data-collection-program-should/%20%20
Posted by John at 5:28 PM Links to this post

Published on Jan 15, 2014 on YouTube at bottom of story:
The game plan for security at this year's Super Bowl will include deployment of nearly 4,000 local police and private security officers, airport-style screening for those entering MetLife Stadium and a host of other measures visible and invisible to the average fan, law enforcement officials said at a briefing on Wednesday at the stadium.
The plan has been in the works for more than two years and relies in part on lessons learned at past Super Bowls, including the power outage at the 2013 game in New Orleans.
"That's one of the things we took a hard look at," said Col. Rick Fuentes, superintendent of the New Jersey State Police.
This year, officials are working closely with utility companies to ensure there's ample backup power. Sanitation agencies also are in the mix, with the plan calling for 900 snow plows to be on standby if needed to keep the roads open on game day, Feb. 2.
Up to 700 state troopers will be on patrol in and around the stadium on Super Bowl Sunday, Fuentes said. The National Football League is providing 3,000 private officers to bolster security.
The officers have rehearsed during the past year "for all kinds of types of situations, whether crime was afoot or the weather went off the rails," Fuentes said.
Behind the scenes, FBI analysts manning a command center with surveillance camera feeds and computer data will work around the clock on the week of the game to monitor potential terror threats, said Aaron Ford, head of the FBI's Newark office. Heavily armed tactical teams, bomb squads and hostage negotiators will be ready to respond if necessary, he added.
The FBI and other agencies have "prepared for just about every contingency we can possibly think of to ensure this is a safe and secure event," he said. "Much of the work will go unnoticed."
In New York City, there will be beefed-up security at several pre-Super Bowl parties and other events. The New York Police Department will deploy extra patrols, bomb-sniffing dogs and helicopters to secure "Super Bowl Boulevard," a three-day NFL extravaganza in Manhattan on Broadway between 47th and 34th streets, NYPD Bureau Chief James Waters said.
For an event that's been billed as the first mass transit Super Bowl, fans will have to present their tickets to the game before they can board buses or trains headed to the East Rutherford facility. The NFL also is urging fans not to take any bags.
Once at the stadium, fans will be directed into temporary outdoor pavilions at the edge of a security perimeter 300 feet from the entrances.
The officials said at least 100 government agencies were involved in the security effort, but they gave no estimate on how much it would cost.
The conference championships are Sunday. The New England Patriots will play the Denver Broncos in the AFC championship game, and the San Francisco 49ers will face the Seattle Seahawks in the NFC championship game.
"SECURITY VERY SIMILAR TO THAT AT AN AIRPORT;
WALK THROUGH & HAND HELD METAL DETECTORS,
PAT DOWN SEARCHES, CANINE TEAMS, &
X-RAY EQUIPMENT", BACKED UP BY
TACTICAL TEAMS, BOMB SQUADS &
HOSTAGE NEGOTIATORS

Airport Style Security for Super Bowl XLVII
SEE: http://www.infowars.com/airport-style-security-for-super-bowl-xlviii/
EXCERPTS:
"The Super Bowl’s annual role as a poster child for the police state will continue uninterrupted this year with low flying helicopters, airport-style security and checkpoints throughout New York and New Jersey."
"“The U.S. National Nuclear Security Administration will use a twin-engine Bell 412 helicopter equipped with radiation sensing technology, flying in a grid covering about 10 square miles at altitudes of 150 feet or higher at about 80 miles per hour, according to the New Jersey Office of Emergency Management,” reports the Jersey Journal."

Major League Baseball Prepares
New DHS Screening Measures
at All Ballparks:
See: http://www.infowars.com/mlb-prepares-new-dhs-screening-measures-at-all-ballparks/
EXCERPTS:
"Major League Baseball teams began announcing new metal detection screening measures Tuesday, a mandatory league-wide policy expecting full implementation by 2015."
"Using the Boston Marathon bombing as justification, all venues have been required to subject fans to hand-held metal detection sweeps or walk-through magnetometers, a result of the Department of Homeland Security’s encroaching relationship with professional sports leagues."
"“This procedure, which results from MLB’s continuing work with the Department of Homeland Security to standardize security practices across the game, will be in addition to bag checks that are now uniform throughout MLB,” baseball spokesman Michael Teevan told the Associated Press."

The NSA's Recipe For Total Tyranny with Bob Barr:

Published on Jan 23, 2014 on YouTube below:
Alex talks to former House representative and presidential candidate Bob Barr about the latest abuses by the NSA and TSA as well as unitary executive theory. Barr also talks about throwing his hat back in the ring for a congressional seat in the upcoming election.

BY CITY FOR FEEDING HOMELESS

NORTH CAROLINA CHURCH
KICKED OUT OF PARK
FOR FEEDING HOMELESS:
FLORIDA CHURCH STOPPED AS WELL:
NO FEEDING THE HOMELESS
IN HOUSTON, TEXAS:

Posted by John at 3:29 PM Links to this post

Published on Jan 23, 2014 on YouTube below:
On the evening of January 22, 2014, just after the March for Life, Live Action http://www.liveaction.org/, President Lila Rose debated Ilyse Hogue, president of NARAL, on CNN's Crossfire.
When presented with a "gotcha" clip of herself on the Glenn Beck Program, Rose affirmed her conviction that children conceived through rape do not deserve the death penalty for their fathers' crimes. Further, Rose said on Crossfire, "[a]bortion doesn't un-rape a woman. An abortion just adds more violence on top of that first violence that she endured." 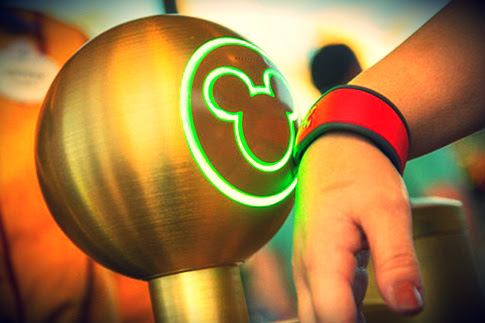 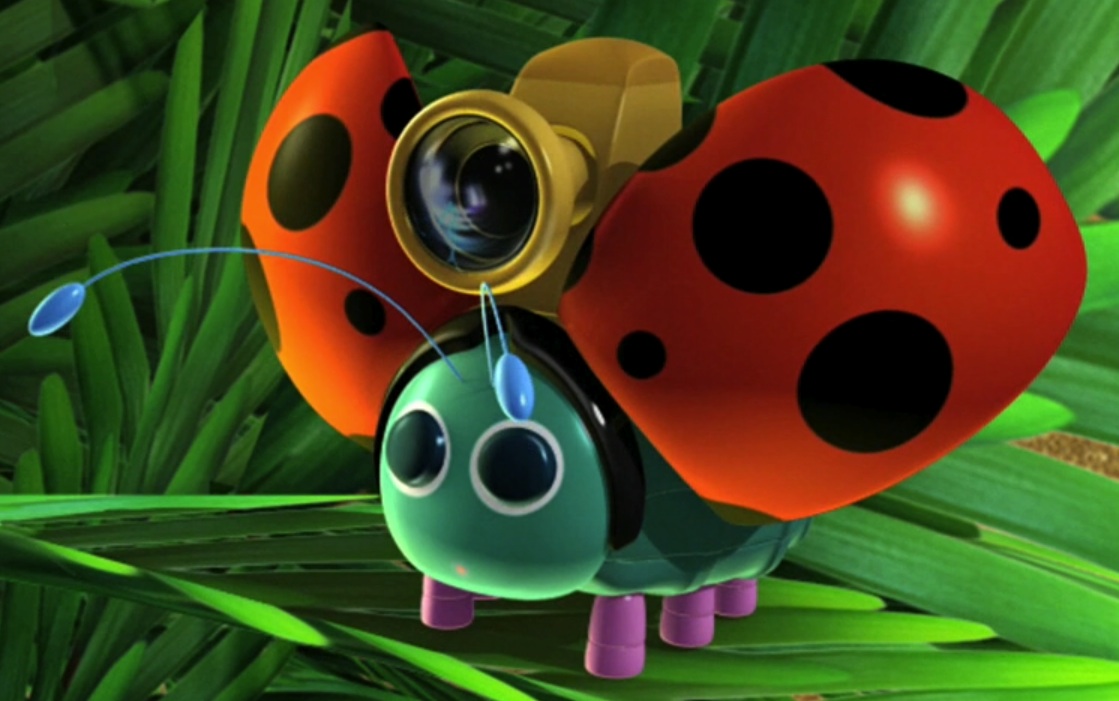 for the Surveillance State

Published on Jan 23, 2014
It's never too early to start conditioning kids to accept the coming surveillance-drone police state. Disney's new cartoon hopes to make kids love constant drone surveillance because the snooper is just a cute little ladybug who only spies because she loves you. We reported in 2007 about these coming drone warfare insects and now we show you the USAF Micro-Air Vehicles set to deploy soon. But it's not just Disney who's propagating to the youth, The TSA released their own cartoon showing kids how to bow down to tyranny.
MICRO AIR VEHICLE
RESEARCH & DEVELOPMENT;
UNOBTRUSIVE, PERVASIVE, LETHAL: 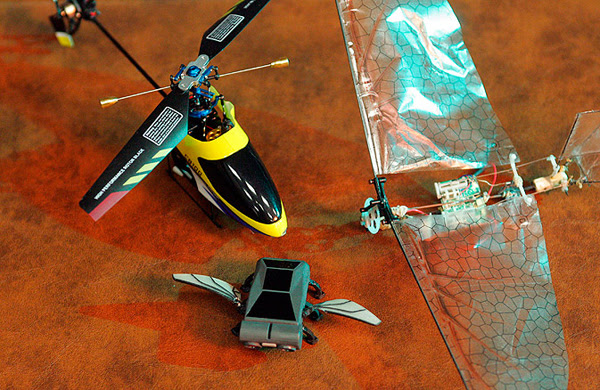 Posted by John at 1:58 PM Links to this post 'Establishment Of Lawlessness In United States':

Because he did not enforce the Defense of Marriage Act (DOMA) and now unilaterally adjusts the Obamacare law as it unfolds, President Barack Obama is sending a signal to liberal federal judges to mirror him and, as a result, the president's long-term legacy will be "the establishment of lawlessness in the United States," said Rep. Michele Bachmann (R-Minn.).
Bachmann also compared Obama's actions to those of former Egyptian President Mohamed Morsi -- "whatever he said was law."
http://www.youtube.com/watch?v=0lf9oCzPUgU
________________________________________________________

FONDA IN VIETNAM, HAPPY WITH THE COMMUNISTS: