JESUIT, SOCIALIST, GLOBALIST, COMMUNIST POPE FRANCIS: "OUR DUTY IS TO OBEY THE UNITED NATIONS"~A THREAT TO THE UNITED STATES

THE APOSTATE, ANTI-CHRIST "HOLY FATHER" SPEAKS & YOU MUST OBEY!
NOT!
SEE: https://www.freerepublic.com/focus/f-religion/3778104/posts;
“If we consider ourselves humanity, then our duty is to obey when international organizations make statements,” Pope Francis insisted during his September 10 press conference on board from Madagascar to Rome.He gave as examples the United Nations (UN) and the International Crime Court (ICC) in The Hague.Francis added, that “we must obey international institutions.” And, “That is why the United Nations were created.”However, many UN policies are deeply immoral. They punish countries and institutions which do not bow to the demands of the abortion and gay tyranny.The ICC has been accused of being a tool of Western imperialism which only punishes leaders from small, weak states while ignoring crimes committed by richer and more powerful states. Until January 2016, all nine situation cases the ICC had been investigating were in African countries.

JESUIT, SOCIALIST, GLOBALIST, COMMUNIST POPE FRANCIS: "OUR DUTY IS TO OBEY THE UNITED NATIONS"~A THREAT TO THE UNITED STATES
ANTI-FRANCIS WINDS OF CHANGE...
Francis says Catholics must obey the United Nations. Francis claims his critics use “rigid ideology” to mask their own moral failings. Archbishop Vigano tells Robert Moynihan that the plot to destroy the Church is Freemasonic. Prestigious priests, Italian journalists and activists speak out against Francis. Cardinal Burke and Bishop Schneider call for prayer and fasting during the run-up to the Amazon Synod against its 'six heresies". Michael Matt and other Traditional Catholics to go to Rome on the eve of the Amazon Synod. Michael makes an "eleventh hour" promise to Pope Francis.
Posted by John at 2:20 PM Links to this post 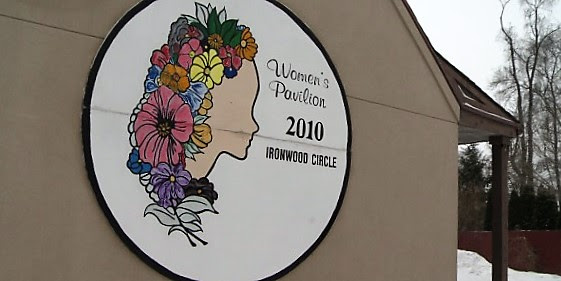 FROM BONDAGE TO BONDAGE WITHOUT CHRIST: EX-MUSLIMS OF NORTH AMERICA: SARAH HAIDER-"ISLAM & THE DEMONIZATION OF DISSENT"

FROM ISLAM TO LIBERALISM~
TWO EVILS, WITHOUT CHRISTIANITY

EXECUTIVE DIRECTOR
Born in Pakistan, Sarah spent her early youth as a practicing Muslim, leaving religion in her late teens. Since 2016, she has advocated for the acceptance of religious dissent as Executive Director of Ex-Muslims of North America. Sarah is a former board member of the Reason Rally Coalition, and a co-founder and current board member of the Rights and Religions Forum.


Sarah and her work has been profiled and featured in numerous magazines, news outlets, and shows including The Economist, Slate, BBC, Global Journalist, Quillette, National Review, the Daily Beast, and NPR.
In addition to freethought, Sarah is particularly passionate about civil liberties and women’s rights.
You can reach Sarah at @SarahTheHaider
EX-MUSLIMS OF NORTH AMERICA: SARAH HAIDER-"ISLAM & THE DEMONIZATION OF DISSENT"
UNIVERSITY OF MARYLAND
COLLEGE PARK, MARYLAND
https://exmuslims.org/
https://www.youtube.com/exmuslimsorg
Ex-Muslims of North America advocates for acceptance of religious dissent, promotes secular values, and aims to reduce discrimination faced by those who leave Islam.

A human rights activist, writer, speaker and community organizer. He is the founder and president of Ex-Muslims of North-America, the first Ex-Muslim advocacy and community building organization in North America. Muhammad has been a human rights activist for the past decade, with a focus on efforts to normalize religious dissent and promote acceptance of secularism in Muslim communities.
Posted by John at 10:48 AM Links to this post