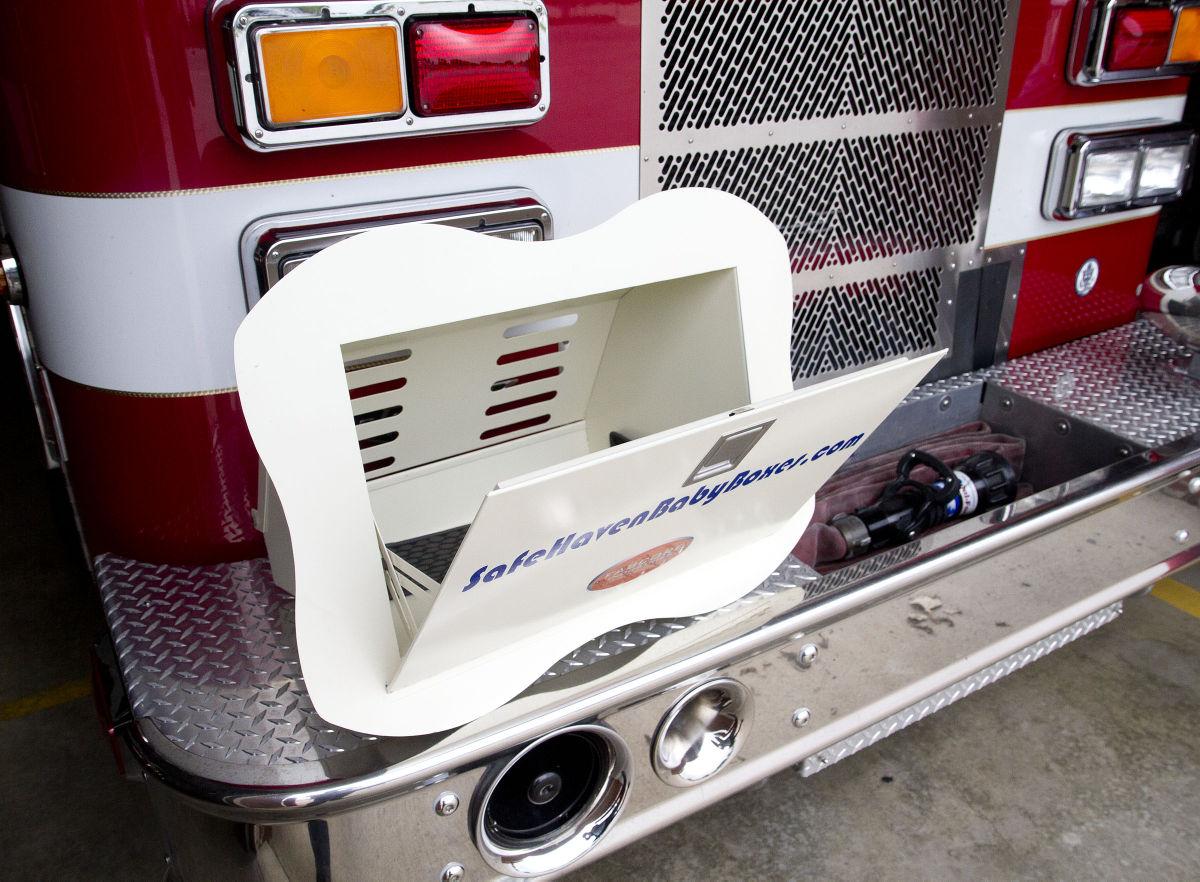 MICHIGAN LAWMAKERS PASS BILLS APPROVING INSTALLATION OF SAFE HAVEN BABY BOXES
IN EFFORT TO SAVE NEWBORN LIVES
BY HEATHER CLARK
SEE: https://christiannews.net/2018/12/22/michigan-lawmakers-pass-bills-approving-installation-of-safe-haven-baby-boxes-in-effort-to-save-newborn-lives/
republished below in full unedited for informational, educational and research purposes:
LANSING, Mich. — Lawmakers in Michigan have passed a package of bills that authorize emergency workers to install baby boxes at fire stations and other locations in an effort to save newborns that might otherwise be abandoned in dumpsters or killed by their mothers.
“The purpose is so that children are not dumped in dumpsters or places where young parents are just scared [and] don’t know what else to do,” Oshtemo Township Fire Department Chief Mark Barnes told WOOD-TV. “We want to give them a safe place to turn to.”
The bills work in concert with the state’s Safe Delivery of Newborns Law, which states that women may surrender their newborns at a hospital, fire station or police station without penalty within 72 hours of the child’s birth.
The newly-passed legislation now extends the time that mothers may leave their baby at safe haven locations to 30 days, and allows the installment of baby boxes at the sites.
As previously reported, the boxes are similar to incubators in that they are padded, heated enclosures, but also feature a device that notifies workers whenever a baby is placed inside. Emergency personnel are to remove the baby from the box within five minutes of the notification, and the child is then cared for and placed into the hands of Child Protective Services.
Monica Kelsey of the organization Safe Haven Baby Boxes believes the boxes are beneficial because mothers who give up their newborn often don’t want their face to be seen, and sometimes they might leave the baby and run without anyone knowing the child is there. With the baby box law, emergency medical service (EMS) workers are notified immediately and arrive within minutes.
“Our research found that some women want complete anonymity and are dropping off their newborns at the doors of fire stations and hospitals without doing the face to face interaction,” the Safe Haven Baby Boxes website outlines. “In one situation, a newborn baby boy was placed at the entrance of a hospital in a cardboard box, and when the child was finally found, the child had frozen to death and was deceased.”
The cause is near and dear to Kelsey as she herself was abandoned as a baby, and now serves as a firefighter. Her mother, who was 17 and had been raped, had initially sought an abortion, but could not bring herself to end her child’s life. She instead decided to leave the baby at a local hospital, and Kelsey was soon adopted into a loving family.
“I just praise God that my birth mother was strong enough to walk out of the abortion clinic,” Kelsey told reporters in 2013.
As previously reported, earlier this year, the Coolspring Township Volunteer Fire Department in Indiana received an alert that an infant had been left in its safe haven box, and firefighters arrived within minutes to find a baby girl inside, umbilical cord still attached.
“We don’t know the situation, but to be strong enough to make this choice is wonderful. They had to choose something very hard and they chose right,” Lt. Chuck Kohler told reporters.
A baby was also left at the fire station in 2017, and was named baby Hope by those who arrived on the scene. She was placed with a family one month later and was soon adopted.
According to Safe Haven Baby Boxes, 3,543 babies were surrendered in baby boxes nationwide in 2017. Over 200 babies have been safely left at Michigan hospitals and other locations since 2001 through its Safe Delivery of Newborns Law.
______________________________________________________________
SEE ALSO:
http://www.dailybastardette.com/baby-drop-boxes-even-safe-haven-advocates-oppose/
LATEST:
https://christiannews.net/2018/12/31/michigan-governor-vetoes-bills-allowing-installation-of-safe-haven-baby-boxes-at-fire-departments-hospitals/

ROMAN CATHOLIC BISHOP TELLS JEWISH HOST BEN SHAPIRO: THOSE "OUTSIDE OF THE EXPLICIT CHRISTIAN FAITH CAN BE SAVED" WARNING-GRAPHIC PHOTOS: ISLAMIC STATE CHRISTMAS GREETING: "DO NOT LEAVE YOUR HOME BECAUSE WE ARE THIRSTY FOR YOUR BLOOD" 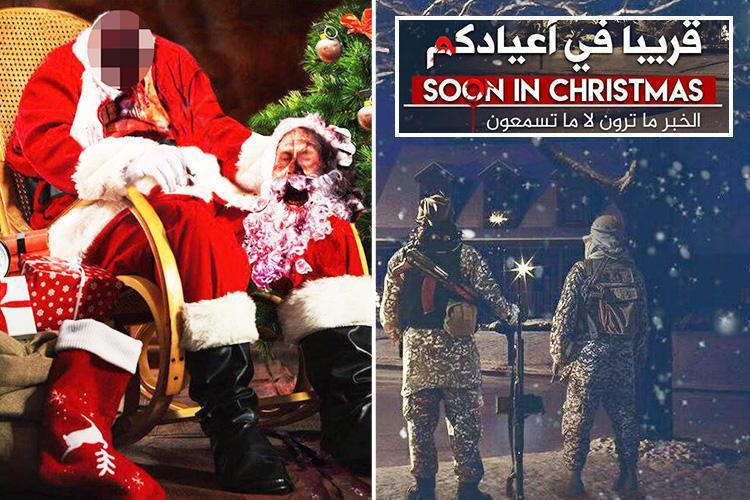 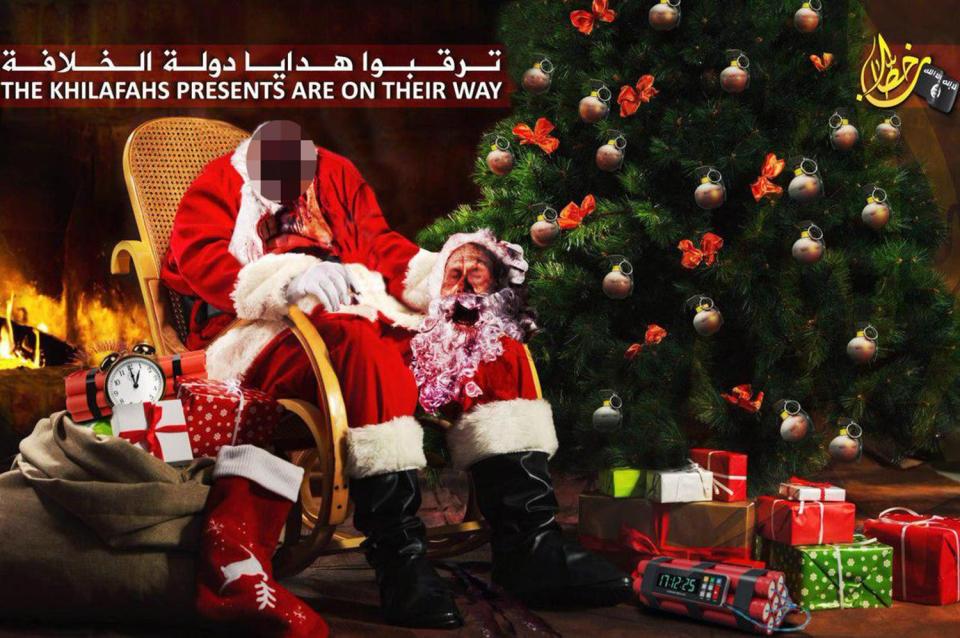 ISLAMIC STATE CHRISTMAS GREETING:
"DO NOT LEAVE YOUR HOME BECAUSE WE ARE THIRSTY FOR YOUR BLOOD"
BY ROBERT SPENCER
SEE: https://www.jihadwatch.org/2018/12/islamic-state-christmas-greeting-do-not-leave-your-home-because-we-are-thirsty-for-your-blood;
This image of Santa Claus kneeling beside a jihadi who is presumably about to behead him is the epitome of savagery, but to the Islamic State jihadis themselves it is the epitome of righteousness: they believe that Christianity is a twisted, hijacked version of the true religion of Islam, and that they have a divine mandate to execute the wrath of Allah upon the unbelievers: “Fight them, and Allah will punish them by your hands…” (Qur’an 9:14). 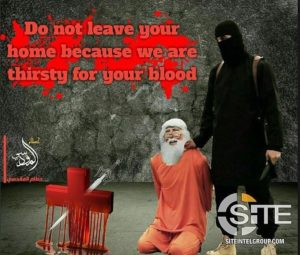 “ISIS supporters ‘rejoice’ after gun rampage in Strasbourg days after fanatics posted a picture of Father Christmas kneeling in front of a jihadist,” by Miranda Aldersley, Mailonline, December 12, 2018 (thanks to the Geller Report):


ISIS supporters have celebrated last night’s fatal shooting near a Christmas market in Strasbourg.
No group has yet claimed responsibility for the deadly attack in the French city, but ISIS fanatics have boasted that it was carried out ‘days after our threats’.
Rita Katz, director of SITE – which monitors terror activity – tweeted that extremists were telling others to ‘rejoice’ and ‘give good news’ after the shooting, which claimed two lives and left another ‘brain dead’.
Supporters of the terror group had recently posted a picture of Father Christmas kneeling in front of a masked jihadist, Katz pointed out….
ISIS supporters have recently been circulating posters inciting attacks and threatening the West.
One poster from just days before the attack shows a Father Christmas figure kneeling on the ground in front of a Christian cross dripping in blood as a masked Jihadi prepares to behead him.
It says: ‘Do not leave your home because we are thirsty for your blood’.
Another poster offers a rallying cry to lone wolf terrorists.
It says: ‘If you are unable to make a bomb or get a gun or bullet, then put your efforts into finding the kaffir alone, the American or the French infidel or any of their allies and smash his head with a stone’
It continues: ‘or cut his neck with a knife, or hit him with your car, or throw him from a high place, or strangle him, or put poison for him, but never give up.
‘Burn his house car or trade or destroy his farm, and if you are unable, spit in his face.’… FRANCE: WOMAN GETS RAPE & DEATH THREATS AFTER SAYING "ISLAM HAS TO SUBMIT TO FRENCH LAWS"
BY ROBERT SPENCER
SEE: https://www.jihadwatch.org/2018/12/france-woman-gets-rape-and-death-threats-after-saying-islam-has-to-submit-to-french-laws;

Amy Mek @AmyMek
Women who SPEAK about Islam in France are threatened with Rape & Death!

Do Americans understand this is happening here in the USA too?

Not only do Jihadists threaten my life for criticizing Islam BUT Leftist media libels me & helps Terrorists locate me and my loved ones - WHY?

“Woman threatened with murder after saying Islam should submit to French laws and criticism,” Voice of Europe, December 21, 2018 (thanks to the Geller Report):


Moroccan-French journalist Zineb El Rhazoui says she has received death and rape threats for saying “innoccous” [sic] things like: “Islam has to submit to French laws, humour, reason and any form of criticism just like any other ideology, sect or religion”.
According to the former cartoonist of Charlie Hebdo “There is no valid reason for Islam to be an exception”.

ZINEB EL RHAZOUI | CHALLENGING POWER
Zineb El Rhazoui, Moroccan-French journalist and former Charlie Hebdo columnist, has received death threats for expressing her views on freedom from some of the world’s most violent extremists. In her talk at the first ever Oslo Freedom Forum in Johannesburg she shares her work as an advocate for free speech and thought in the Muslim world.
Zineb El Rhazoui, Destroying Islamic Fascism

Zineb El Rhazoui | San Francisco Freedom Forum
BBC NEWS HARDtalk with Zineb El Rhazoui
Zineb El Rhazoui - A Charlie Ebdo Reporter who was lucky not to have been caught up in the Paris Massacre. A Truly Courageous Female Morrocan Muslim Journalist who has more balls of steel than all of the millions of so-called Moderate Muslims put together, who are too afraid to confront the evil doctrine preached and practiced by their fellow Muslims. She has been the Number 1 target on the Terrorist List, she has had fatwas bestowed on her by the Muslim Clergy, she is labled an Islamaphobe, and inspite of it all, she steadfastly refuses to change her stance. This is a woman you can't but admire.
My true story | Zineb El Rhazoui | TEDxKalamata
Zineb,a few months after the attack at Charlie Hebdo that shocked the world came to TEDxKalamata for a powerful speech. At her talk, is going to share her point view towards human rights, racism and freedom of speech. Zineb El Rhazoui is a Moroccan-born French human rights activist and a columnist for the satirical weekly magazine Charlie Hebdo. She published several articles on religious minorities in the journal Le Journal Hebdomadaire, an independent publication banned by the Moroccan government in 2010. She co-founded the pro-democracy, pro-secularism movement MALI before joining Charlie Hebdo in 2011. After being arrested three times by the Moroccan government, El Rhazoui was eventually forced into exile in Slovenia. In 2013, she co-authored the comic book “The Life of Mohamed” with the slain Charlie Hebdo editor Stéphane Charbonnier. This talk was given at a TEDx event using the TED conference format but independently organized by a local community. Learn more at http://ted.com/tedx