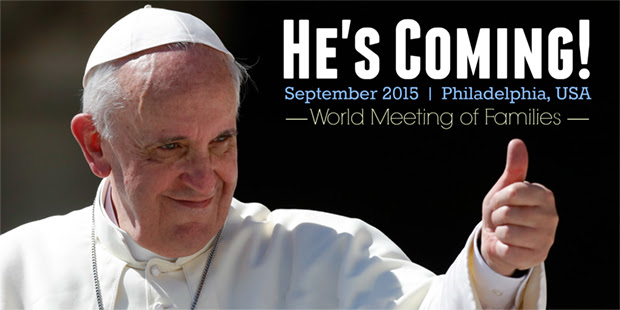 AND RICK WARREN TOO!

From Lighthouse Trails Research at:
http://www.lighthousetrailsresearch.com/newsletters/2015/newsletter20150714.htm; republished below in full unedited for informational, educational, and research purposes:

Dear Lighthouse Trails:
I thought you might want to know that Rick Warren is going to co-preach the Keynote Address with a priest for Pope Francis’ visit in September 2015. Here is the link to the documentation on that meeting:http://www.worldmeeting2015.org/about-the-event/adult-congress-sessions-thursday-friday/
Thank you for continuing to warn about Rick Warren’s ecumenism, particularly with his joining hands with the current Pope and Catholicism. Thank you for informing your readers that on Nov.19, 2014, “a delegation of Catholic bishops sought ‘wisdom’ from Saddleback on how to use Purpose-Driven methods to propagate their ‘new evangelization,’ which is really no true biblical evangelization at all!” (See link:http://www.lighthousetrailsresearch.com/blog/?p=16405).
In your Nov.19, 2014 blog post, it asked: “Did Rick Warren play a role in getting the Pope to the US, and will Rick Warren play a role in the Pope’s visit to the US. in 2015?”
The answer apparently is: “Yes!” as to whether Rick Warren is going to play a role in the Pope’s visit to the U.S. in September 2015.
Also in your same Nov.2014 blog post, it said that earlier in 2014, a “delegation of Catholic bishops visited Rick Warren and Saddleback to gain some ‘wisdom’ on how to accelerate the Catholic New Evangelization program using Purpose Driven methods.” That same blog also stated: “Perhaps the Pope will make a stop at Saddleback”…
Considering how most hyper-charismatics and heretical groups seem to be convinced a “global revival” will start in California, maybe the Pope might just stop by Saddleback . . . Perhaps a Papal visit to California might deceive more Christians into jumping on the spiritual bandwagon of this “revival” that supposedly will begin in California, as Bethel Church, Jesus Culture, the Sacramento pastors, etc. all have been pushing this false, ecumenical revival idea for quite a while already…
In Christ,
CONCERNED IN CALIFORNIA
LTRP Note: To understand more about Rick Warren’s global P.E.A.C.E. Plan, read Faith Undone by Roger Oakland and A “Wonderful” Deception by Warren B. Smith
_____________________________________________________

"Our Pope" According to Rick Warren
Published on Jul 4, 2015
Rick Warren has been used in a Roman Catholic promotional video to white-wash the fundamental differences between Christianity and Romanism. Here is a brief response, shot in Irpin, Ukraine, challenging Warren's capitulation to Rome's claims. Presented by Dr. James White, Alpha & Omega Ministries 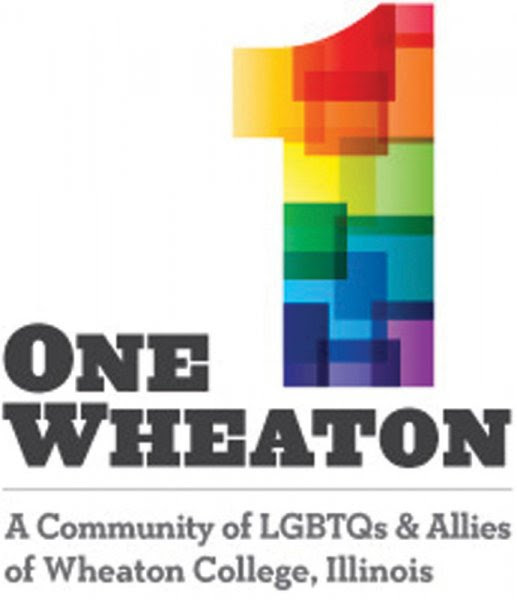 QUICK TO JUMP ON THE BANDWAGON FOR ACCEPTING GAY LIFESTYLE
SCHOOLS DROP BANS ON HOMOSEXUAL ACTS;
OFFER "MARRIAGE" BENEFITS TO GAYS
Christian Colleges Falling Deeper into Apostasy As They Cave in to Supreme Court Ruling
Republished from Lighthouse Trails Research at:
http://www.lighthousetrailsresearch.com/newsletters/2015/newsletter20150714.htm; republished below in full unedited for informational, educational, and research purposes:

Lighthouse Trails has been tracking Christian colleges, universities, and seminaries for many year now, documenting the steady decline into apostasy as the majority of them have now begun to embrace contemplative spirituality through their Spiritual Formation programs. You can read about this in our booklet/article “An Epidemic of Apostasy – How Christian Seminaries Must Incorporate “Spiritual Formation” to Become Accredited.” That special report we wrote explains how Christian higher-learning institutions are bringing Spiritual Formation into their schools so they can receive accreditation from religious accreditation organizations that are requiring Spiritual Formation. While that isn’t the only reason these Christian schools have succumbed to the dangerous teachings of contemplative spirituality, it certainly has been a main factor. Simply put, without accreditation, these schools won’t get certain benefits and recognition, including money in the form of donations, grants, etc. It also keeps their enrollment down as students typically want to attend schools that are accredited.
Lighthouse Trails has also pointed out on numerous occasions that once a church, school, ministry, or Christian organization begins embracing contemplative spirituality, it’s just a matter of time before that institution begins to change their views on topics such as creation, mysticism, the atonement, salvation through Christ alone, and homosexuality. That’s what getting involved in occultism does to people.
Couple all that with the recent Supreme Court ruling stating same-sex marriage must be recognized throughout America, you have the perfect recipe for the absolute falling away of the majority of Christian colleges.
Quick to jump on the band wagon for accepting the homosexual lifestyle is Baylor University, (the largest Baptist university in the world). According to a July 8th 2015 Time magazine article titled “This University Has Dropped Its Ban on ‘Homosexual Acts,’”  Baylor “dropped a prohibition on ‘homosexual acts’ from its sexual conduct policy”this past May.
But Baylor is not the only one. A Christianity Today article, dated July 8th 2015, titled “Hope College and Belmont to Offer Benefits to Same-Sex Spouses” explains how Belmont University (in TN) and Hope College (MI) are “extending benefits to same-sex spouses of employees after last month’s Supreme Court ruling that legalized same-sex marriage nationwide.” By the way, you can be sure Christianity Today isn’t too upset about these changes—they’ve been promoting the emerging church and contemplative spirituality for a long time.
Wheaton College has already headed down this path showing acceptance of the homosexual lifestyle, and many others will follow suit. And remember, those colleges are training the next generation of pastors and church leaders so the affects will undoubtedly be remarkable.
It appears it is too late to stop the tide of what is happening to Christian colleges. But at Lighthouse Trails, we will continue to send out a warning to parents and grandparents to keep their kids out of these schools and try to find ones that are in a fast-diminishing group of biblically based colleges. At the very least, we hope parents and grandparents will make sure their college-age kids and grandkids are well equipped to live in a world that rejects Christ and in a church that ignores spiritual deception.
Posted by John at 4:11 PM Links to this post

Wasting little time, Democrats in Congress are already proposing legislation to replace the words “husband” and “wife” in the federal code with gender-neutral language reflective of the Supreme Court’s June 26 pronouncement that married couples in the United States need no longer consist of a male and a female.
On July 8, Representative Lois Capps (D-Calif.) introduced the Amend the Code for Marriage Equality Act, which she said in a press release “would strike the use of gendered terms such as ‘husband’ and ‘wife’ from the federal code and replace them with more gender-neutral terms, such as ‘spouse’ or ‘married couple.’”
“The Amend the Code for Marriage Equality Act recognizes that the words in our laws have meaning and can continue to reflect prejudice and discrimination even when rendered null by our highest courts,” Capps said.
In other words, the U.S. Code’s use of “husband” and “wife” — until recently, uncontroversial terms for the parties to the millennia-old practice of matrimony — is now evidence of bigotry that must be expunged.
“Our values as a country are reflected in our laws,” Capps continued. “I authored this bill because it is imperative that our federal code reflect the equality of all marriages.”
That is, unnatural “marriages” blessed by five robed eminences are equivalent to traditional marriages, and thus the law must be changed to treat them the same. This means, of course, that same-sex spouses could be entitled to the same benefits under the law as opposite-sex spouses, such as Social Security survivors’ benefits, which would force taxpayers to bless, so to speak, same-sex marriage whether they agree with it or not. On the other hand, it could also subject same-sex spouses to the less marriage-friendly portions of federal law, such as the income-tax code’s penalty for spouses filing jointly.
The tax code, as it happens, is the subject of Senate Democrats’ pro-same-sex marriage legislation. Introduced July 9 by Senator Ron Wyden (D-Ore.) and cosponsored by the entire Senate Democratic Caucus including presidential candidate Bernie Sanders (I-Vt.), the Equal Dignity for Married Taxpayers Act “sets new precedent by removing gender-specific references to marriage, enshrining dignity and recognition for LGBTQ Americans in the tax code,” according to a Wyden press release.
“It’s about time that we update our tax law to reflect the institution of legal marriage,” said Wyden. “All married Americans deserve the same respect and dignity in the eyes of the law.”
Likewise, Senator Cory Booker (D-N.J.), in his own statement, said, “For too long, same-sex couples have been treated as second class citizens, and the onus falls on all of us to right this wrong. If the highest court in the land can stand by the constitutionality of all legal marriages, then we must fight to ensure our tax code justly affords all married people the same privileges.”
Despite these seemingly broadminded remarks, the Senate bill actually stops far short of full “marriage equality.” The act would replace “husband” or “wife” with “spouse” or “married individual” (one person) and “husband and wife” with “married couple” (two people). But why, by the Left’s logic, should marriage be restricted to two people? The Supreme Court stated in the Obergefell decision that Americans have a constitutional right “to define and express their identity,” so if, say, one man and six women wish to define their identity as a marital unit, why should the tax code — or, for that matter, the rest of federal law — continue to enshrine “prejudice and discrimination” against their desire for (as the court put it) “love, fidelity, devotion, sacrifice and family”?
Both the House and Senate bills reflect the outsized political power the homosexual lobby wields, particularly in the Democratic Party. How many other pressure groups could get their desired legislation introduced in Congress so quickly and with the support of so many lawmakers?
The House bill also reflects another political consideration. Capps’ press release claims her bill “would not only ensure that the code reflects marriage equality, but it could also make several positive changes to the U.S. Code by removing areas of gender discrimination written into federal law. For instance, it is currently illegal to threaten the President’s wife — but not the President’s husband. Capps’ bill would update the code to make it illegal to threaten the President’s spouse.”
This is an obvious reference to the likelihood that former First Lady, senator, and secretary of state Hillary Clinton will be the Democrats’ 2016 presidential nominee. Democrats want to be sure that if she’s elected, her husband, former President Bill Clinton, will be protected by law. But if Bill Clinton does move back into 1600 Pennsylvania Avenue, he won’t need protection; White House interns will.
________________________________________________________________________
LOIS CAPPS
"I’m a proud supporter of the Lesbian, Gay, Bisexual and Transgender (LGBT) community."
http://capps.house.gov/issue/lgbt

WHEN HOMOSEXUALS GAIN THEIR COERCED RIGHTS, YOU LOSE YOURS

What Rights Will Others Lose When Homosexuals Gain Their Rights?

SEE: http://www.wayoflife.org/database/homosexualitylegal.html;
Posted by John at 10:12 AM Links to this post