Posted by John at 2:40 PM Links to this post

JESUS TELLS JESSE DUPLANTIS: "DO YOU WANT TO COME WHERE I AM? THEN YOU NEED A NEW PRIVATE JET" 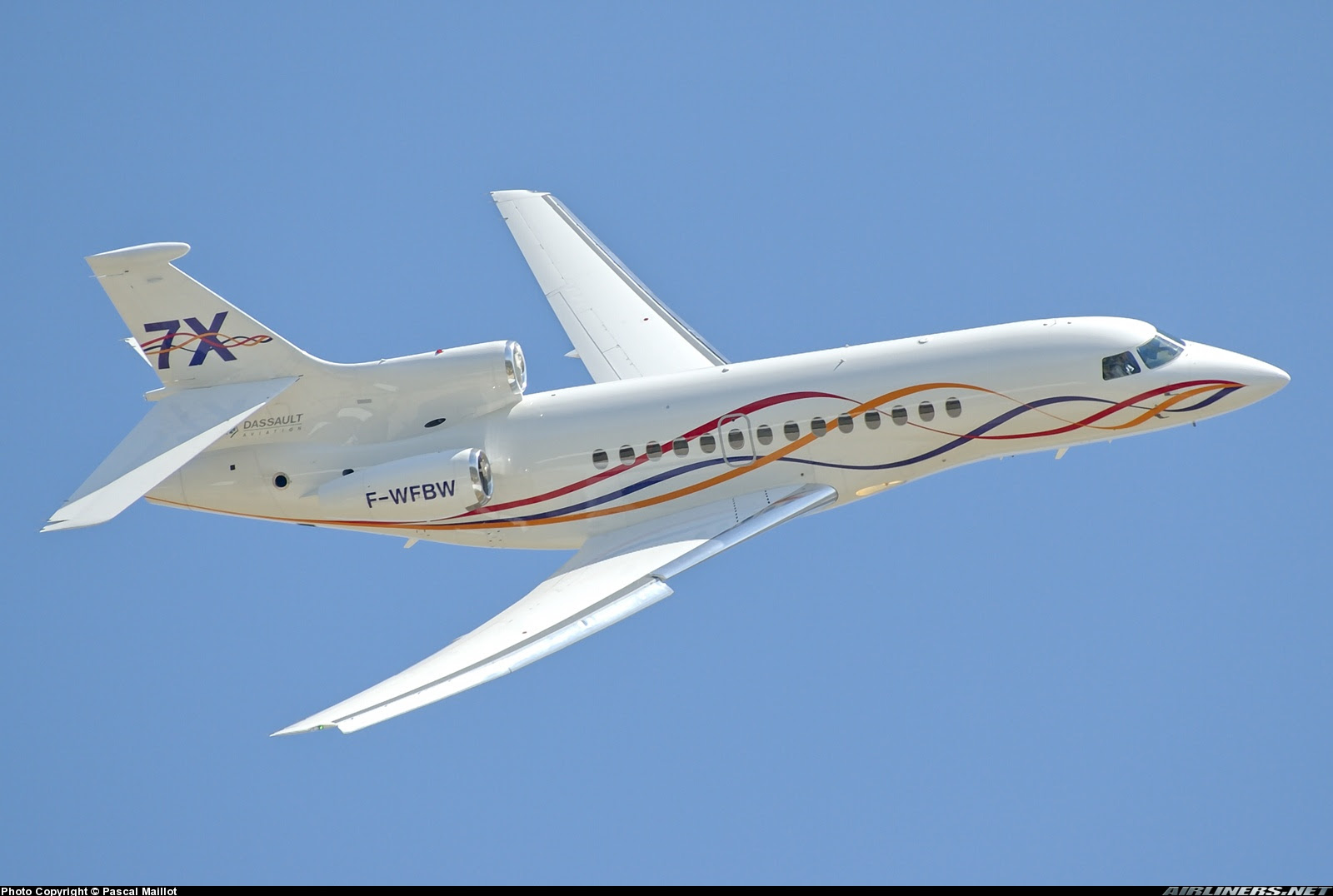 JESUS TELLS JESSE DUPLANTIS:
"DO YOU WANT TO COME WHERE I AM?
THEN YOU NEED A NEW PRIVATE JET"
SEE: http://pulpitandpen.org/2018/05/23/jesus-tells-jesse-duplantis-do-you-want-to-come-where-i-am-then-you-need-a-new-private-jet/;
Posted by John at 2:25 PM Links to this post 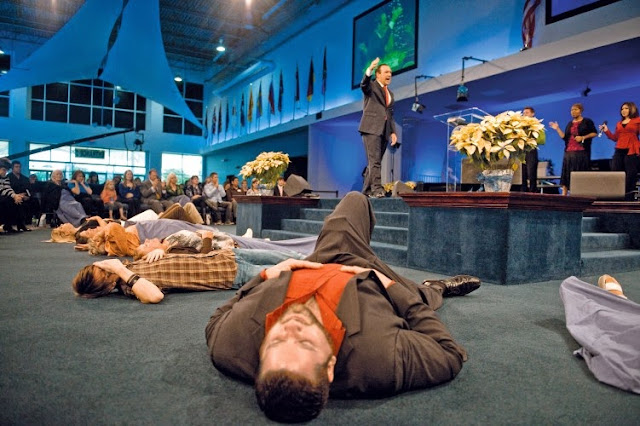 "HOLY GHOST BARTENDER",
RODNEY HOWARD BROWNE, APPEARS ON
ALEX JONES' INFOWARS
SEE: http://pulpitandpen.org/2018/05/22/holy-ghost-bartender-rodney-howard-browne-appears-on-info-wars/; republished below in full unedited for informational, educational, and research purposes:
Rodney Howard Browne is the infamous “Holy Ghost Bartender,” the charismatic prophet who became famous by acting drunk under the supposed influence of the Holy Spirit and mesmerizing the crowd who would similarly act drunk and out of control. You can watch his drunkenness below.
I attended a Rodney Howard Browne event in Dickinson, North Dakota, in October of last year. Browne regaled the crowd with tales of false prophecy and vast conspiracy theories. He likened President Trump to the Messiah several times. After a solid hour of talking about the New World Order, I eventually interrupted the preachers and pointed out there hadn’t been any gospel (it turned out about like you would think).
In the meantime, Browne is out with a new book about the New World Order, and he went on Alex Jones’ Info Wars to shill the book. And that’s a whole lot of crazy in one place.
There was no Gospel whatsoever, but like the event in Dickinson, North Dakota with Browne, there was lots of conspiracy talk. You can watch below.
________________________________________________________
SEE OUR PREVIOUS POST:

If you’ve never heard of Rodney Howard Browne, that’s probably a good thing. His church, in Tampa, FL, is a New Apostolic Reformation (NAR) charismatic church that regularly blasphemes the Holy Spirit. Recently, at Browne’s church, a little girl that appears to be about 12 years old took the stage to “preach” to the congregation. During the seven minute video, this girl repeatedly tells her audience to “be a funnel,” and to hold their hands up in the air, because they can’t receive the water unless your “funnel is open.”
There is no mention at all of Jesus Christ in this so-called sermon. This entire charade is pure blasphemy. You can see the audience getting into it, while Browne, himself, is standing on the stage directing this young child into this sinful idolatry. He tells her to “speak in tongues,” in which she began to babble the same, unintelligible nonsense over and over, in what appears to be a drunken stupor with her eyes squinted and a peculiar slurred speech (did they slip something in her drink?), while she was cheered on, and told that this is “how it’s done,” and “what it’s about.”
Be sure to go here and like our Facebook page.
One thing we can be certain about is that this little girl was, sadly, not receiving an outpouring of the Holy Spirit, but of a completely foreign spirit altogether. This is not of God. While they may have been “funneling” something, it wasn’t blessings from God.
Unless Browne repents, he’s going to have a rude awakening some day when he realizes what he’s done.
It would be better for him if a millstone were hung around his neck and he were cast into the sea than that he should cause one of these little ones to sin. – Luke 17:2
…and another,

Posted by John at 1:48 PM Links to this post 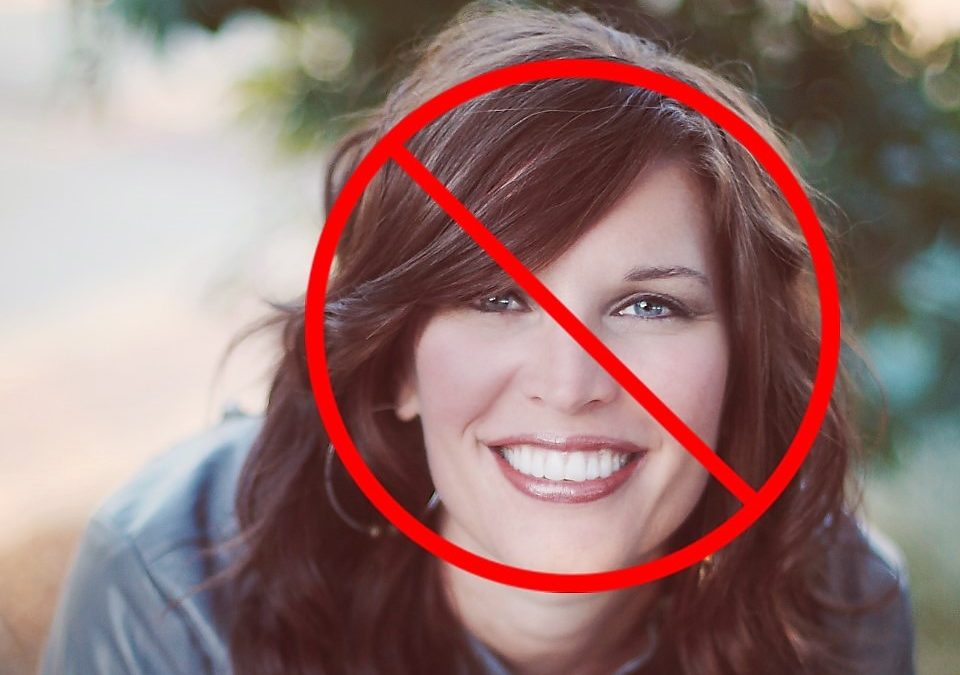 JEN HATMAKER TO BE BAPTIZED EPISCOPALIAN BY PRO GAY BISHOP,
& BETH MOORE LOVES IT!
SEE: http://pulpitandpen.org/2018/05/21/jen-hatmaker-to-be-baptized-episcopalian-by-pro-gay-bishop-and-beth-moore-loves-it/;
Posted by John at 1:27 PM Links to this post

JANET MEFFERD TAKES ON KAREN SWALLOW PRIOR; ASKS WHEN SHE'LL BE HELD ACCOUNTABLE 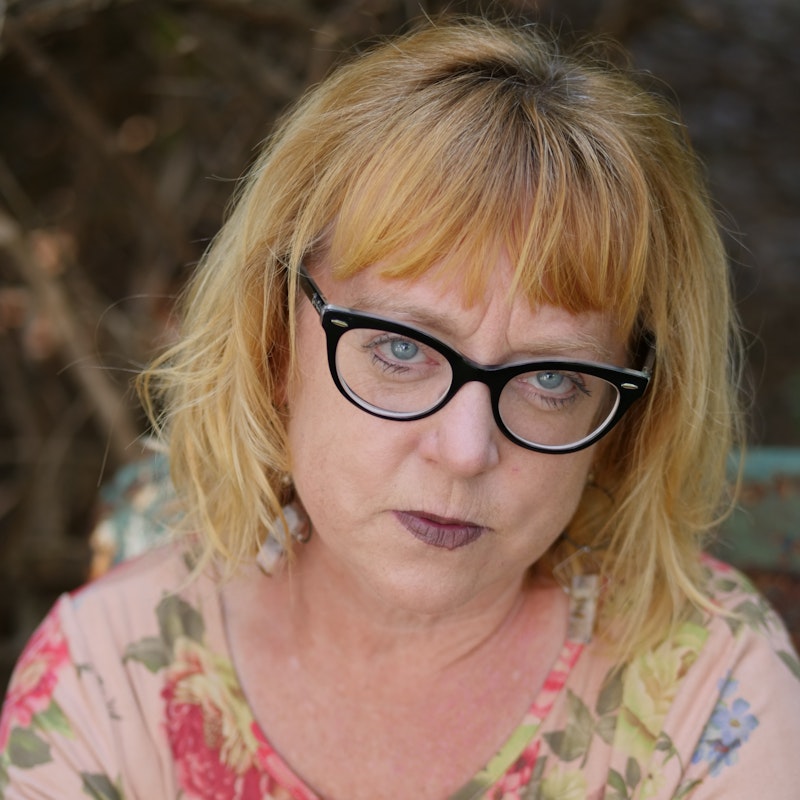 JANET MEFFERD TAKES ON KAREN SWALLOW PRIOR; ASKS WHEN SHE'LL BE HELD ACCOUNTABLE
SEE: http://pulpitandpen.org/2018/05/21/janet-mefferd-takes-on-karen-swallow-prior-asks-when-shell-be-held-accountable/; republished below in full unedited for informational, educational, and research purposes:
Pulpit & Pen was the first to sound the alarm bell about the gay-affirming research fellow at the Ethics and Religious Liberty Commission (ERLC) of the Southern Baptist Convention, Karen Swallow Prior (KSP). In our post, Gay Affirming Research Fellow at ERLC, Shocking Liberalism, we explained that Swallow Prior exhibited behavior, associations, and speech that was affirming to those who had and practiced Same Sex Attraction (SSA). James White soon-after confirmed, in his opinion, that Swallow Prior had used gay-affirming language in her writing. Pulpit & Pen took the full brunt of wrath from many in evangelicalism who saw the feminist leader as a benign novelty, with at least one Pulpit & Pen contributor resigning due to our explicitly and meticulously documented claims. Thankfully, many have gone on to see that KSP is exactly who we have claimed her to be. One of these is syndicated radio host, Janet Mefferd.

The ERLC fellow, Karen Swallow Prior, has come out and endorsed [social justice garbage]. This is Russell Moore’s gal-pal who he found up at Liberty and she has already been on the fringes with the LGBT and some of their entertainment celebrations. So, we’re already seeing this mainlined in the SBC and PCA churches that are under the influence of the Gospel coalition.

At what point, when you see all of the tentacles going off in an event like this and touching repeatedly on people from The Gospel Coalition and the [ERLC] of the Southern Baptist Convention, at what point do those leaders have to answer for all the garbage they’re involved in?…Karen Swallow Prior, a research fellow at ERLC. At what point do these leaders need to answer to the people.

It was a fantastic episode from Mrs. Mefferd, and you should really listen. However, if you want to hear us say these same things more than three years ago, you can listen to old podcasts of the Polemics Report at Bible Thumping Wingnut.
_______________________________________________________________
SEE OUR PREVIOUS POST:
KAREN SWALLOW PRIOR PROMOTES ILLEGAL IMMIGRATION, ABORTION, ANIMAL & GAY RIGHTS, COMMON CORE, ETC.~APOSTATE INFLUENCES YOUTH AT LIBERAL LIBERTY UNIVERSITY
AT: https://ratherexposethem.blogspot.com/2018/02/karen-swallow-prior-promotes-illegal.html

Posted by John at 1:07 PM Links to this post

ROBERT SPENCER'S NEW DOCUMENTARY MOVIE: "KILLING EUROPE" IN FULL
I funded this movie myself because I feel its got an important message that needs to get out. If you liked the movie and would like to help me do more projects, you can donate at https://www.paypal.me/weare138product...
The production an distribution of this important documentary about the effects of mass Muslim migration into Europe has been fraught with difficulties. Clearly this is news that the political elites don’t want widely known. I received this email this morning from the film’s producer, Michael Hansen:
I am the film maker who produced the movie “Killing Europe.”
I have met with a lot of resistance in trying to get this movie out to people. Baroness Caroline Cox even requested the movie taken down and re-edited, as she retracted the interview she gave for the film. I have had several screenings shut down, and in Canada I’m not even allowed to talk about the shutdowns. This short video will explain in detail these issues and how they even shut down a speech that was suppose to be about the shutdown…that’s right, they censored a speech that was about how they censored my movie.
In light of all these attempts to censor the movie and censor me even talking about it, I have decided to put the movie out for free on YouTube.

BY BRIAN THOMAS
SEE: https://www.jihadwatch.org/2018/05/the-uks-legal-system-has-created-very-specific-conditions-around-tommy-robinson-to-silence-him; republished below in full unedited for informational, educational, and research purposes:

If Tommy Robinson is murdered or injured in prison, we’ll hold you accountable

BY ROBERT SPENCER
SEE: https://www.jihadwatch.org/2018/05/ukip-peer-warns-home-secretary-sajid-javid-if-tommy-robinson-is-murdered-or-injured-in-prison-well-hold-you-accountable;
Posted by John at 12:37 PM Links to this post