An Open Letter To My Friends In Law Enforcement, by Chuck Baldwin, September 4, 2014

FROM: http://chuckbaldwinlive.com/Articles/tabid/109/ID/1230/An-Open-Letter-To-My-Friends-In-Law-Enforcement.aspx; republished below in full unedited for informational, educational, and research purposes:

NAVY SEAL TEAM PARENTS TELL OBAMA TO STEP DOWN IN SCATHING LETTER CHARGING HIM WITH INCOMPETENCE, LACK OF LEADERSHIP, COWARDICE, & RUNNING AN "OUT OF CONTROL THUG FEST"~REFUSAL MUST BE FOLLOWED BY IMPEACHMENT & REMOVAL FROM OFFICE 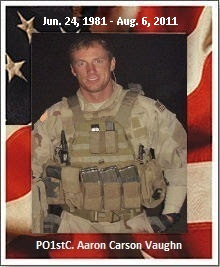 SEAL TEAM 6 PARENTS TO OBAMA: "IT’S TIME FOR YOU TO STEP DOWN"

"You are not up to this job. You know it.

We know it. The world knows it”

"The parents of a Navy SEAL Team 6 member, who died in a helicopter crash in Afghanistan in 2011 along with several others, have issued a scathing letter to President Obama, labeling the Commander-in-Chief’s presidency an “out-of-control thug-fest” that needs to be reined in, and demanding his resignation."

“As Commander-in-Chief, your actions — or lack thereof — Mr. President, cost lives,” write the parents of Seal Team Six member Aaron Carson Vaughn, Billy and Karen Vaughn. “As you bumble about in your golf cart, slapping on a happy face and fist-pounding your buddies, your cowardly lack of leadership has left a gaping hole — not only in America’s security — but the security of the entire globe. Your message has come across loud and clear, sir: You are not up to this job. You know it. We know it. The world knows it.”
The letter, first published at WorldTribune.com, claims Obama has “made a mockery of the title ‘President,’” and implores Obama to relinquish control of the “people’s house” to “a man or woman of courage and substance…”
“Thanks to your ‘leadership’ from whatever multi-million dollar vacation you happen to be on at any given moment, the world is in chaos. What’s been gained, you’ve lost. What’s been lost, you’ve decimated,” the Vaughns assert.
___________________________________________________________

Published on Aug 9, 2013
http://www.michaelstrangefoundation.org/
Charlie Strange, father of late SEAL Team Six member Michael Strange, also joins the show. Michael, along with 30 other U.S. special operations members, died in 2011 when their Vietnam-era Chinook helicopter was shot down during landing in Afghanistan. American lawyer and activist Larry Klayman also joins the show alongside Charlie Strange. Klayman and Strange filed a class-action lawsuit against the Obama Administration over the NSA's domestic wiretapping. After Strange criticized the Obama Administration over the death of his son, Verizon told him that somebody was listening in on his phone calls. http://philadelphia.cbslocal.com/2013...
http://www.infowars.com/seal-team-6-f...

A document posted to the education section of Apple’s website reveals the company’s close ties to the controversial Common Core learning standard.

Entitled “Curriculum, Assessment and Teaching Tools for iPad,” the document claims to offer a comprehensive list of “exemplary” apps and iBooks focused on English Language Arts, Mathematics, Science and Social Studies.
Despite the growing backlash against Common Core among parents and educators, the increasing number of schools obtaining iPads through federal grants will likely keep Apple from disassociating itself from the curriculum.
Posted by John at 11:15 AM Links to this post

Child Abuse. It can happen where you least expect it. Be prepared. Prevent it.

In the court of public opinion, those accused of child abuse are usually guilty until proven innocent. This is especially true of ministry leaders given the number of high profile cases in recent years. The best way to prevent child abuse within your ministry is to develop a carefully-thought-out child protection manual and then consistently implement the policies and procedures contained therein. This will minimize both the risks of abuse and the possibility of false accusations against ministry workers.
The National Center for Life and Liberty makes certain recommendations for every ministry that undertakes to care for children. The ministry should require that at least 2 adults be present in any room where there are children. Also, those who work with children should not do so unless they have had a background check and have been known to the ministry leadership for at least 6 months. In a church setting, it is imperative that the pastor or designated church leader be aware of and approve all activities the church or any group within the church is planning to conduct. This will help ensure that an appropriate number of qualified staff is in place for the outing or activity and will reduce the likelihood of inappropriate behavior by youth or staff members. Furthermore, all approved events should also be placed on the official church calendar in order to provide accountability and documentation of approval.
The attorneys at the National Center for Life and Liberty have been working with churches and other Bible-believing ministries all across the country, helping them implement child protection policies and procedures for their ministries. To find out how our attorneys can help your ministry, visit our website at www.ncll.org, and click on “Partner With Us.”
Click on the picture below to download our "Free Resource of the Month" for August, entitled Preventing Child Abuse in Your Ministry. This resource will be a valuable asset to your ministry!

Published on Sep 6, 2014
Dr. William Thompson, a CDC scientist, asserts there is a connection between mercury (thimerosal) in vaccines and autism.
http://www.infowars.com/bombshell-cdc...

Vaccine Hoax Revealed; Exacerbating Crises in America So the Government Can Appear to be the Savior:

Alex Jones breaks down the known problems with vaccines and why people continue to take them.
http://www.infowars.com/u-s-preps-for...

Published on Aug 29, 2014
The CDC stonewalled Freedom of Information Act (FOIA) request and a medical journal censored the data. But still the truth was exposed. Time for CNN to be brought in for damage control. Joining us to discuss what has been covered up is Sayer Ji from http://www.GreenMedInfo.com

Published on Sep 3, 2014
Jon Rappoport discusses how the fraud and conspiracy to conceal vaccine-related risks isn't limited to just the CDC, scientific journals and the lapdog media do their part as well.
VIDEO:
https://www.youtube.com/watch?v=TMG6boe6DdE

AMERICA'S TOP FOUR ABORTIONISTS
POSE WITH THE PRODUCERS AT THE CENTER

THE GENOCIDAL "AFTER TILLER" MOVIE
AIRED ON TV SEPTEMBER 1, 2014

SEE: http://www.thenewamerican.com/culture/faith-and-morals/item/19040-pbs-airs-documentary-promoting-late-term-abortion;
EXCERPT:
"Pro-life leaders are blasting the tax-funded television Network PBS for airing a documentary September 1 that glorified murdered late-term abortionist George Tiller while portraying as heroes the small handful of abortionists who continue the practice of killing pre-born babies during the third trimester of pregnancy."
"PBS, which aired After Tiller on its weekly series POV, called the documentary “a deeply humanizing and probing portrait of the only four doctors in the United States still openly performing third-trimester abortions in the wake of the 2009 assassination of Dr. George Tiller in Wichita, Kansas — and in the face of intense protest from abortion opponents.”"
__________________________________________________________

INTERVIEW WITH THE PRODUCERS OF THIS
DISGUSTING PRO MURDER FILM THAT IS
REMINISCENT OF THE HOLOCAUST:


Published on Oct 28, 2013 on YouTube, quoted verbatim:
"The filmmakers behind After Tiller, the late-trimester abortion documentary, discuss the film and approaching this controversial topic. http://www.theseventhart.org/
After Tiller is a documentary focusing on the controversial subject of third-trimester abortions. Dr. George Tiller was one of its few practitioners in the United States before he was assassinated in 2009. The documentary differentiates itself from 'issue' films through its goal to elucidate the subject in a non-reductive manner.
Directors Martha Shane (Bi the Way) and Lana Wilson brought the film to Hot Docs '13 and joined us at Bar Neon for a discussion of the misunderstood topic, their methodology in tackling the subject and their relationship to the women featured in the film."

"So you’ve seen “After Tiller:”

5 things you need to know

that you won’t find out from the film":

WHICH INCLUDES A DISCUSSION OF:
1) Carhart’s Meat in Slow Cookers
2) Sella Accused of Stabbing a Baby After Birth
3) String of 911 Calls
4) Warren Hern’s Chilling Description
5) The Price of Late-Term Abortions