THEY WILL DECIDE FOR YOU? WILL YOU BOW TO THESE DICTATORS?

"The Strong Cities Network is run by the Institute for Strategic Dialogue (ISD), a London-based ‘think-and-do’ tank with a long-standing track record of working to prevent violent extremism across all forms."
SEE: http://strongcitiesnetwork.org/
SEE: http://www.strategicdialogue.org/
SEE: https://www.youtube.com/user/Institute4SD
SEE: https://en.wikipedia.org/wiki/Institute_for_Strategic_Dialogue
SEE: https://en.wikipedia.org/wiki/George_Weidenfeld,_Baron_Weidenfeld; QUOTE: "In January 2006 the Institute for Strategic Dialogue, originally founded as The Club of Three in the 1990s, was established with Weidenfeld as its president. This network-based policy organisation works with global leaders in the private and public sectors to challenge the long-range threats to international and communal peace and to enhance Europe's capacity to be a coherent and effective player."

De Blasio, (ABOVE) speaking at the UN, said New York joined Strong Cities because the group will target 'intolerance' and make the city safer. 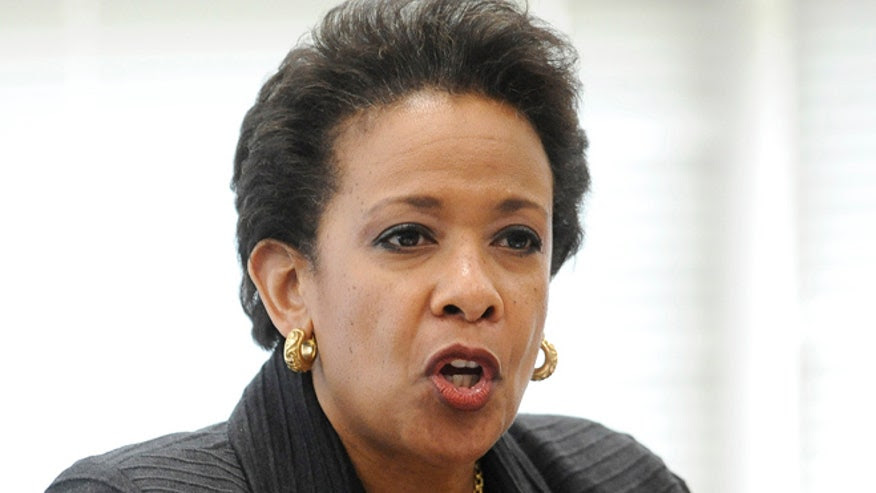 (ABOVE) BOTH SPEAK AT THE UNITED NATIONS
ATTORNEY KRIS ANNE HALL:

US Attorney General, US Cities, Join UN to Create Global Police Force Intiative
Published on Sep 30, 2015
Yesterday, Loretta Lynch announced before the United Nations that the Attorney General's Office, in collaboration with several US Cities will for a global law enforcement initiative called the Strong Cities Network. This is the implementation of UN rules and laws on US soil bypassing Congress and circumventing the Constitution.

QUOTE: "The Strong Cities Network will operate from the assumption that communities and local governments are both part of the solution to address violent extremism. The Strong Cities Network will be driven by a number of fundamental principles:
- A commitment from its members to address violent extremism in all of its forms.- A recognition that violent extremism and prevention efforts should not be associated with any particular religion, nationality or ethnic group.- A commitment from its members to work in partnership with local communities, on an inclusive, collaborative, and non-discriminatory basis and in compliance with international human rights standards."

Strong Cities Network NWO Global Police
Published on Oct 10, 2015
Who needs that old archaic Constitution and annoying Congress when you can tour the world on the taxpayer’s dime and trample their rights in the process, right Attorney General Loretta Lynch? No one except your band of cohorts were impressed when you went after a meaningless game as you tackled FIFA instead of throwing the bankers laundering the drug cartel’s billions under the jail. Kicking the proverbial soccer ball down the road.

This global police force was dreamed up by Professors from the Halls of Oxford and spearheaded by the New World Order Think Tank, the Institute of Strategic Dialogue. Now launched as of September 29, 2015 by our own traitorous government. It is described on the Strong Cities Network website as A global network of local authorities united in building resilience to prevent violent extremism. The Strong Cities Network will be spearheaded by an International Steering Committee of cities and local authorities selected from different regions across the globe.

Of course Muslim-Americans are complaining they will be targeted. But most Americans are well aware of who the real target is.

President Obama is desperately attempting to decrease the overwhelming amount of gun owners to create a level playing field in which the New World Order can thrive. But it was his own policies and arrogance that led to record numbers of Americans stockpiling guns and ammunition. Obama’s latest berserk executive order authority would impose new background-check requirements for buyers who purchase weapons from high-volume gun dealers. Under the proposed rule change, dealers who exceed a certain number of sales each year would be required to obtain a license from the Bureau of Alcohol, Tobacco, Firearms and Explosives and perform background checks on potential buyers.

I’m sure the average American citizen contends that this all sounds completely unreasonable, considering the irony of President Obama’s increasingly transparent Administration that has blatantly waged war on constitutionally protected whistle blowers, clandestinely grown ISIS, and quietly aided a flood into the United States of Anti-American Islamic Extremist terror cells. Good luck America, we’re all counting on ya.

Feds Taking Over U.S. Cities Under UN Orders
Published on Oct 7, 2015
On Wednesday, Attorney General Loretta Lynch announced at the United Nations that her office would be working in several American cities to form what she called the Strong Cities Network (SCN), a law enforcement initiative that would encompass the globe. http://www.breitbart.com/big-governme...

TEXT OF LYNCH'S SPEECH AT U.N. FROM:
http://www.justice.gov/opa/speech/attorney-general-loretta-e-lynch-announces-launch-strong-cities-network-united-nations

Posted by John at 5:38 PM Links to this post

BY KURT NIMMO
SEE: http://www.infowars.com/as-illegal-immigrants-enter-europe-violence-increases/; republished below in full unedited for informational, educational, and research purposes:

The latest incident occurred in a Danish refugee center near Copenhagen where a “a stateless Palestinian” in a refugee center stabbed a police officer.
Groups of migrants are engaging in gang-like violent behavior across Europe and as hundreds of thousands of primarily Sunni Muslim migrants flood into the continent.
On Sunday in a tent city in the town of Kassel-Calden, north of Frankfurt, Germany, groups of Pakistani and Albanian migrants attacked each other.
“Between 60 and 70 people were involved. They attacked each other with clubs and threw things at each other,” a police spokesman reported, according to the Independent.
On Friday at an asylum center near Leipzig 200 Syrian and Afghan migrants attacked each other with table legs, bed frames and sticks following an argument over the use of a bathroom.
“The police have reached the absolute limit of what they can take,” said Jörg Radek, the deputy head of the German police trade union. “ We must do everything we can to prevent further outbreaks of violence.”
He called for segregating migrants along religious and ethnic lines.
A policy of segregation was implemented in the German state of Thuringia after Christian migrants in asylum centers were attacked by Sunnis attempting to impose Sharia law.
Max Klingberg of the International Society for Human Rights said a large number of migrants arriving in Germany are radical Islamists.
“Among the new arrivals is not a small amount of religious intensity, it is at least at the level of the Muslim Brotherhood,” he said.
Another German police union official, Rainer Wendt, said violence between groups of illegal migrants in German hostels is a common occurrence.
“We‘ve been seeing this violence for weeks and even months,” Wendt explained. “Groups join forces based on ethnicity, religion or clan structures and attack each other with knives and even weapons they have made themselves.”
He said “Sunnis fight Shiites, there are Salafists of varying kinds… Women are being forced to wear veils. Men are forced to pray. Islamists want to impose their values.”

Muslim refugees chant 'Fuck You' and ' Allahu Akbar'
in Budapest

Muslim immigrants express their gratitude in Budapest.
Earlier this month German police in the town of Hemer reported that an Algerian Muslim had attacked an Eritrean Christian and his pregnant wife with a bottle. The pregnant woman was hospitalized. The man was wearing a crucifix.
In a refugee area in Suhl, Germany, an Afghan man who had torn pages from a Koran was attack by a Syrian mob. In the resulting riot, 17 people where injured, including six police officer and members of the press. The enraged mob ransacked the refugee center office and, the following day, smashed car windows and vandalized property.
On the Greek Island of Lesbos in early September, a group of around 200 illegal immigrantsattacked police and threw stones after they were not allowed to board a ferry to the mainland.
On September 16, Hungarian riot police resorted to tear gas and water cannon as 1,500 rioting Muslims chanting “Allah hu Akbar” on the border. The rioting Muslims, who received instructions from a megaphone wielding leader, threw stones, bottles and food at the police. Sky News reported around 70 percent of the illegal migrants on the border were men.
In August French riot police battled illegal immigrants in Calais as they stormed the Channel Tunnel leading to Britain. John Keefe, the Eurotunnel public affairs director, said Coquelles terminal was being targeted by “organized groups” of illegal migrants on a nightly basis, according to The Daily Mail.
In addition to violence between religious and ethnic gangs and attacks on police, the media and citizens, there is a rape epidemic in migrant camps, but “police are refusing to go public about crimes involving refugees and migrants because they do not want to give legitimacy to critics of mass migration,” according to Soeren Kern of the Galestone Institute.
Social workers and women’s groups in Giessen, a university town in Germany, wrote a letter to the local state parliament saying rape, forced prostitution and child abuse are common in a refugee camp there.
“Many women have felt the need to sleep in their clothes… they won’t go to the toilet at night because rapes and assaults have taken place on their way to, or from, there. Even in daylight, a walk through the camp is fraught with fear,” the letter states .
The situation is similar at a former U.S. military case in Bayernkaserne, outside of Munich. Women’s groups say there are allegations of rape and forced prostitution every day. A social worker said the camp there is “the biggest brothel in the city” and sex with a female migrant costs 10 euros.
The possibility of rape at the hands of roving Muslim gangs in Bavaria is so great the headmaster of a grammar school in Pocking informed parents not to allow their daughters to wear revealing clothes and avoid “misunderstandings” with Muslim males, said to be 80 percent of the migrants arriving in Germany.

Merkel Hailed as a Hero by Illegal economic migrants

Migrant Crisis: What You Need to Know

According to CNBC, the pair were picked up by a hot mic after Merkel confronted Zuckerberg on social media posts critical of “the wave of Syrian refugees entering Germany.”
http://www.infowars.com/mark-zuckerbe...

German Media Caught Covering Up Rapes By Migrants
Published on Sep 23, 2015
Paul watson and guest, Alex Beseech reveal why Germany cannot handle the number of refugees they are taking in and how the local media is covering up reports of rapes at the hands of Muslims.
http://recentr.com/

Germany faces massive anti-migrant vs
pro-migrant standoff
Published on Sep 8, 2015
Germany is once again in the midst of massive anti-immigration rallies, which are often met with counter-marches, dividing the country in two. The latest demonstrations saw thousands of right-wing protesters expressing anger over the influx of refugees. READ MORE: http://on.rt.com/6qt8