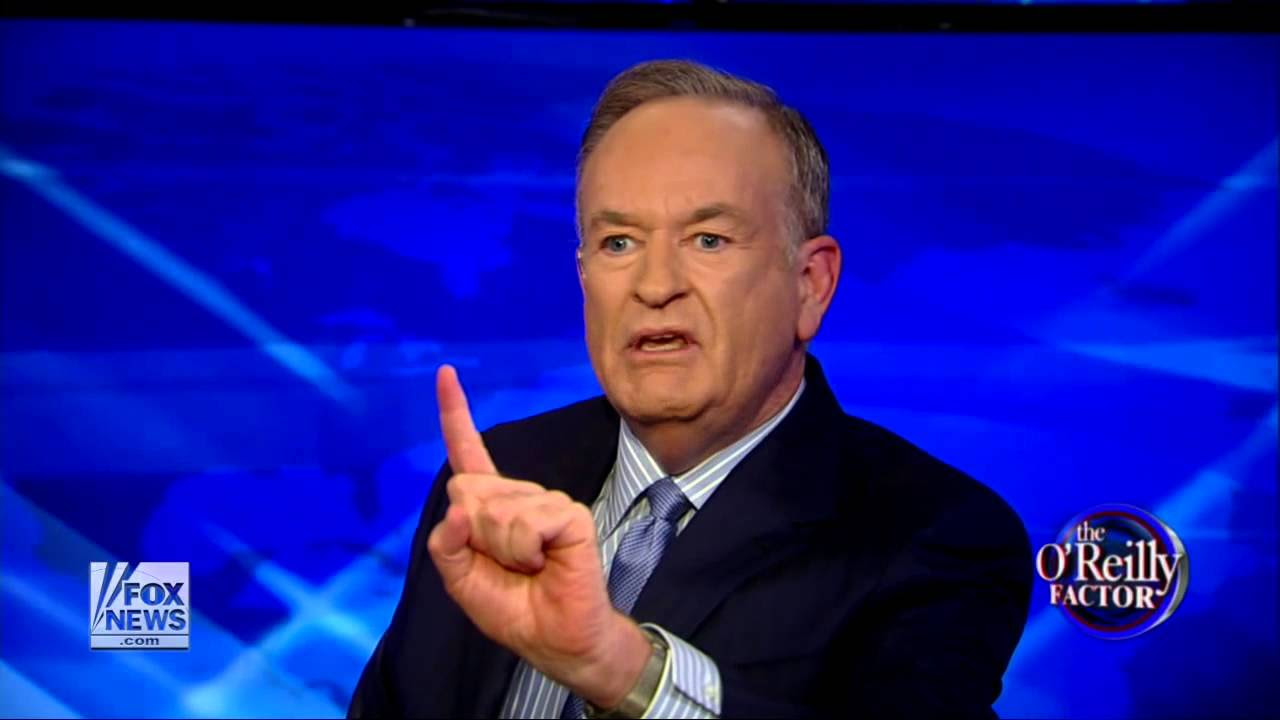 BY BOB ADELMANN
SEE: http://www.thenewamerican.com/usnews/politics/item/24545-fox-news-bill-o-reilly-calls-for-all-gun-crimes-to-be-federal-crimes;
Posted by John at 10:00 AM

For we wrestle not against flesh and blood, but against principalities, against powers, against the rulers of the darkness of this world, against spiritual wickedness in high places.

WHAT IS "SPIRIT COOKING"
FROM A CHRISTIAN PERSPECTIVE

Clinton Sex Crimes Worse Than You Realize
Published on Nov 5, 2016
Alex Jones and Joe Biggs realize that the Clinton sex crimes are worse than anyone thought.

WIN! WIN! NEW TRUMP FIGHT SONG RELEASED BY INFOWARS~PRAYER TO SAVE THE REPUBLIC

Alex Jones Prays that God's Will is to Save the Republic
Published on Nov 5, 2016
Alex Jones emotionally implores the Universal Creator to save the republic, if it is within the will of God. 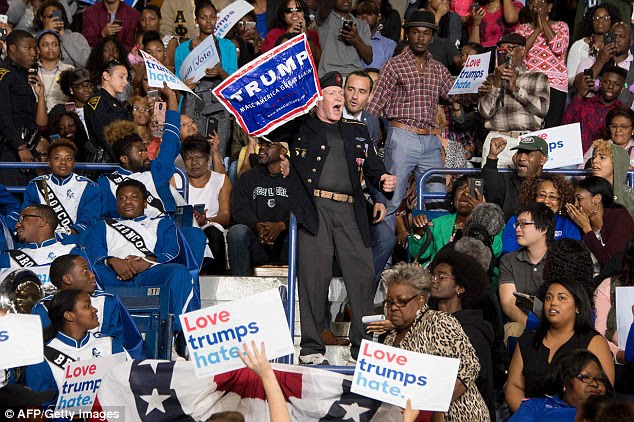 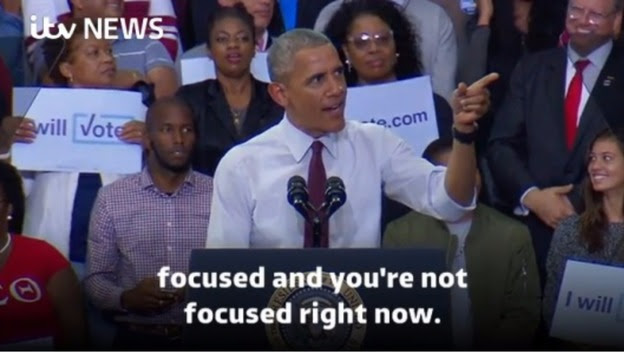 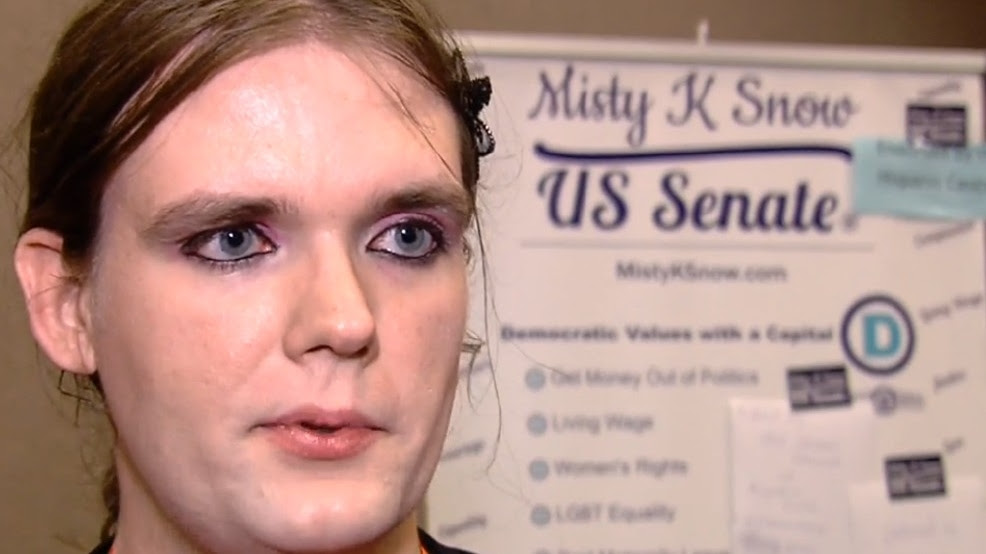 Two men who identify as women have become the first “transgendered” individuals in the nation to be nominated for U.S. Congress.
Misty Snow, 30, is running as a Democrat against Utah’s current sitting senator, Mike Lee. Born in 1985, Snow says he has always identified as a female, but didn’t seek hormonal treatments until two years ago.
“Becoming a woman is something that she has wanted for a really long time, ever since high school,” his mother, Linda Pace, told People Magazine. “I think that by running for the Senate, she’s showing people that a person’s gender isn’t what matters. People are people. Everybody matters. And that is Misty’s message.”
Snow’s focal issues are income inequality, raising the minimum wage, maternity leave, climate change and homosexual and transgender protections. He debated Lee, a Mormon, on the latter issue recently at Brigham Young University.
“Regardless of what your beliefs about marriage are, or regardless of what your neighbor might believe about marriage, neither you nor your neighbor should ever be discriminated against,” Lee said in speaking of his proposed First Amendment Defense Act.
“The problem with that is it pretty much legalizes discrimination in the name of religion,” Snow responded. “I would encourage religious institutions to treat all students equally, regardless of whether or not they are LGBT.”
In Colorado, Misty Plowright, 33, is running as a Democrat against incumbent Doug Lamborn, a non-denominational Christian. Plowright, who is married to a woman, is also involved in a polyamorous relationship with a man who cohabitates with him and his wife.
“Two years ago we were in Vegas for the World Series of Poker. We got him a ring. We consider it to be our marriage to him,” he told the Guardian in July.
Plowright says, however, that he isn’t asked about his lifestyle much on the campaign trial.
“A lot of people don’t like identity politics,” he told reporters. “They want to know what I think about taxes, about guns, about property rights, about jobs, about veterans’ issues, about health care.”
Plowright’s primary platform issues are Veteran care, domestic energy production, health care and climate control. He also says he has a solution to abortion: artificial wombs.
“You can terminate a pregnancy without terminating a fetus,” he told KOAA-TV last month. “Pro-choice side is happy because you don’t have a government bureaucrat in a woman’s uterus. Pro-life side is happy because, hey, babies aren’t getting murdered anymore.”
While both won in the primaries, they acknowledge that their chances of winning in Tuesday’s election are unlikely.
19th century statesman Daniel Webster, who held office both in the House and Senate, once said, “If the power of the gospel is not felt throughout the length and breadth of the land, anarchy and misrule, degradation and misery, corruption and darkness will reign without mitigation or end.”
Proverbs 14:34 declares, “Righteousness exalteth a nation, but sin is a reproach to any people.”
_________________________________________________
MISTY SNOW CAMPAIGN VIDEO:

WHAT ONE LITTLE CHURCH IN MONROE, WISCONSIN CAN ACCOMPLISH

WHAT ONE LITTLE CHURCH IN MONROE, WISCONSIN CAN ACCOMPLISH
http://www.pccmonroe.org/Updates/newsletter.htm; republished below in full unedited for informational, educational, and research purposes:
MINISTRY UPDATE FROM PILGRIMS COVENANT CHURCH
October 29, 2016