Posted by John at 2:08 PM Links to this post

A CALL FOR DISCERNMENT SEMINAR OVERVIEW - JUSTIN PETERS ON THE WORD OF FAITH MOVEMENT HERESIES:

Published on Feb 2, 2013
www.JustinPeters.org - "A Call for Discernment" Seminar Overview - This is an overview of Justin Peters' seminar entitled "A Call for Discernment". "A Call for Discernment" is a comprehensive biblical critique of what is properly known as the Word of Faith movement but is more commonly known as the Health and Wealth, or, Prosperity gospel. Word-Faith theology essentially holds that it is always God's will for a person to be monetarily wealthy and physically healed. If a person needs money or physical healing it is guaranteed provided that that person has enough faith and sows a large enough "seed" (translated money) into a particular prosperity preacher's ministry. Word-Faith theology dominates "Christian" cable and satellite television networks such as TBN, Daystar, the Inspiration Network, the Word Network, Lesea Broadcasting and others. Some of the prominent proponents of this movement include Benny Hinn, Kenneth and Gloria Copeland, Creflo Dollar, Joyce Meyer, Andrew Wommack, Joseph Prince and Joel Osteen. Though many Christians know that there is something wrong with the prosperity message, few understand that it actually constitutes one of the most dire threats to historical Christianity. The theology of the Word-Faith movement is rooted in the metaphysical cults and compromises or denies some of the fundamental doctrines of the Christian faith. The Word-Faith movement has a distorted view of the nature of man, God, the Person and work of Jesus Christ, and offers unbiblical reasons to come to Christ. In short, the prosperity gospel is a different gospel indeed, and a different gospel does not save. In this seminar, Justin incorporates dozens of video clips of today's most prominent Word-Faith preachers which allows people to see and hear for themselves what the prosperity preachers are actually teaching. Each point of doctrinal error is, in turn, corrected biblically. Believers are commanded by Scripture to exercise discernment (Acts 17:11, 1 Thess. 5:21) and this seminar is designed to help believers do this, not only as it relates to the Word-Faith movement, but to every aspect of Christian theology and daily life.

Seminar is available on DVD at:
http://justinpeters.org
Posted by John at 1:13 PM Links to this post 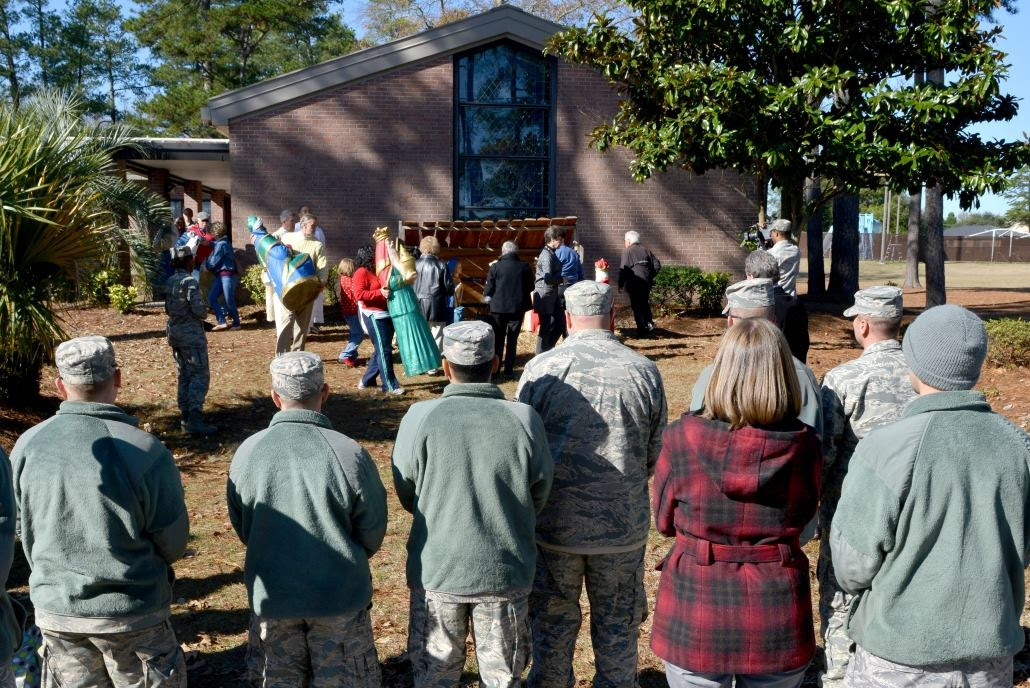 The Culture News at:
http://culturecampaign.blogspot.com/2013/12/air-force-takes-orders-from-atheists.html, reported that Michael Weinstein's atheist organization, known as the "Military Religious Freedom Foundation", http://www.militaryreligiousfreedom.org, and http://www.youtube.com/user/MikeyMRFF, is still actively trying to scrub all references to Christianity and all activities of Christians within the branches of the military.
Excerpt:
"Once the Pentagon was notified by atheists that a Christmas nativity scene had been placed by volunteers near a lake on Shaw Air Force base in South Carolina, the display was removed by base officials within two hours.  Then, following a week of public outcry, the Air Force issued a policy to allow only "approved displays" and the nativity scene was then placed outside the base chapel."

Nativity Scene Taken Off of Air Force Base Grounds

Shaw Air Force Base puts Nativity scene back on display: