Jeffrey Sachs, a pro-abortion advocate and eugenicist, spoke at the Vatican on November 2: 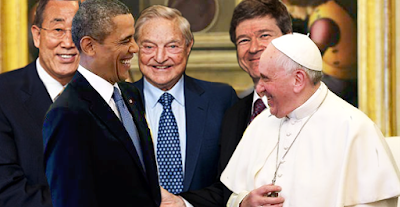 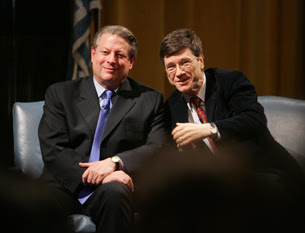 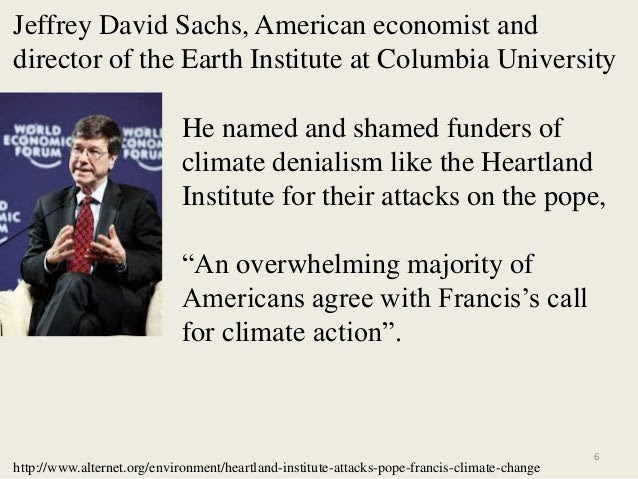 VATICAN INVITES "PRO ABORTION GLOBALIST"
TO SPEAK, DERIDE TRUMP AT CONFERENCE
SEE: http://pulpitandpen.org/2017/11/06/vatican-invites-pro-abortion-globalist-to-speak-deride-trump-at-conference/;
Jeffrey Sachs was invited to speak at a conference at the Vatican, organized by the Pontifical Academy of Sciences. Sachs is a senior United Nations advisor, is among Time Magazine’s 100 most influential leaders, and is a renowned economist. Sachs is also the world’s foremost proponent of “population control,” advocating abortion and eugenics as a solution to a supposed ecological crisis. His 2008 book, “Commonwealth: Economics for a Crowded Planet,” and advocates for abortion as a low-cost way to lower nations’ fertility levels and has gone out of his way to criticize Ronald Reagan and George W. Bush for keeping U.S. tax dollars from paying for abortions overseas.
This is not the first time Sachs has been honored by the Vatican. He previously spoke there in 2015 and 2013, and the connection between Sachs and the Vatican seems to be Monsignor Marcelo Sánchez Sorondo, who is the chancelor of the aforementioned Pontifical Academy of Sciences. Sorondo sits on the Sustainable Development Solutions Network, founded by Sachs. Returning the favor, Sorondo has been repeatedly inviting Sachs to discuss sustainable development (which in his view, includes abortion as a solution to global problems).
Sachs took a break from advocating for abortion at the Vatican to take a cheap shot at U.S. President Donald J. Trump, saying, “Believe me, Donald Trump didn’t think of pulling out of the Paris agreement. He doesn’t think of much.” The crowd – which contained many pro-abortion advocates, laughed wildly.
Sachs repeated a leftist talking point, “He was told to pull out of the Paris agreement by 22 Republican senators who are funded by Koch industries.” In reality, Trump promised demise of the Climate Accords while he was running for office. Sachs continued to urge the Papists to follow the lead of the Pope of Rome, saying, “The Agreement itself came about in part through not only spiritual intervention by Pope Francis, but direct intervention in many ways.”
Along with the Paris Climate Accords, a document was passed called Sustainable Development Goals of the United Nations, which was spearheaded by Sachs. Sachs credits the Pope’s Laudato Si was essential to the Sustainable Development Goals. The problem is that those Sustainable Development Goals make abortion a “global right” used to allow population control and assist in the Third World’s poverty levels, and calls for, “universal access to sexual and reproductive health care services.”
HT Lifesite News
______________________________________________________

Jeffrey Sachs: 'Trump's rhetoric is provocative,
ugly and frightening'
Jeffrey Sachs says Donald Trump's speech to the United Nations general assembly will not help to "find a way out" of the North Korean nuclear missile crisis. The American economist believes that Congress is too "pathetic" to stop any "crazy orders" the president might issue.
Jeffrey Sachs about Donald Trump
and what really matters
Koch Brothers' Behind Trump's Climate Exit;
Sachs Says Trump is an "Idiot':
Jun.02, 2017-Columbia University Professor Jeffrey Sachs talks about the political influences behind President Donald Trump's decision to leave the Paris climate accord. He speaks on "Bloomberg Surveillance."

PERRY NOBLE THREATENS "PULPIT & PEN"
WITH LEGAL ACTION
SEE: http://pulpitandpen.org/2017/11/10/perry-noble-threatens-pulpit-pen-with-legal-action/;
Perry Noble is the (formerly?) drunken pastor who played Highway to Hell on Easter Sunday, cussed at his church members for wanting discipleship, was rebuked by his denomination for butchering the Ten Commandments, and who was released from his megachurch ministry position for unrepentance regarding alcohol and what appears to be marital indiscretions. Recently, we brought to you news of his divorce. Prior to that, we brought to you news that he was launching a ministry to help pastors grow their churches through what is essentially a business model.
Perry Noble, whose church had to reiterate that he was not qualified for ministry when he refused to leave the pulpit (preaching at other churches) in June, has hired a “Christian” public relations professional who helps disgraced mega-ministers rebuild their reputations after moral failure.
Yes, you may not have known it, but helping morally disqualified ministers remain in the pulpit is an actual profession. Noble’s PR guy is named Hunter Frederick and advertises himself as a “public relations and crisis manager.” He bills himself as a well-meaning “servant” of Jesus. In fact, he’s a sleazy opportunist who seeks to help fallen ministers be restored – not by churches who have gauged their repentance – but in the public eye, so they can continue to make money and stay on the job even though they’ve been biblically disciplined.
Frederick contacted Pulpit & Pen today, identified himself as Noble’s “publicist,” and told us to change our critical articles about the charlatan. Because Frederick has provided his PR services to fallen ministers like Tullian Tchividjian (who had multiple extramarital affairs) and Michael Gungor (who angered his followers by denying the inerrancy of Scripture), his reputation preceded him.

He said, “Not quite.” But, pretty close, apparently…

He then got to his point…

The article he refers to is this one. He claims Perry Noble doesn’t recall certain quotations ascribed to him (which makes sense, because he was likely drunk when he said them). Before we give the rest of our interaction, a few things about Hunter Frederick.
Amy Spreeman, a polemicist in her own right, has done research into this spiritual crisis profiteer already. She explains in her post, “Crisis Managed?,” that Frederick needs “to know they are repentant before [he] will work with them.” Spreeman writes, “I called Frederick yesterday to ask him about his newest client, Tullian Tchividjian. After losing his ministry job last week, the former pastor contacted the agency, and on Monday, Frederick took him under counsel.”
According to Spreeman, Frederick is the one who calls discernment folks and polemicists on behalf of the ministry and asks them to retract or go soft (our paraphrase) on criticizing them. After all, he says they’re repentant. Spreeman linked a post at the Christian Newswire, which further explains Frederick’s job…

With the constant news headlines of pastors and other Christian leaders falling away due to sexual immorality, misuse of church funds, denying certain Christian orthodoxy as well as others, the man that these Christian leaders turn to during a time of crisis believes he knows why our Christian leaders are failing…Hunter Frederick, the owner of the entertainment and faith-based crisis management and public relations firm Frederick & Associates believes that a reason why we are seeing more and more Christian leaders fall is because of the celebrity status we give our christian leaders.
The article then explains what Frederick really thinks the problem is…those pesky discernment bloggers.
Frederick also believes that the ongoing scrutiny from “ultra-conservative” christian media outlets contribute to the celebrity status of those christian leaders that they believe are preaching a false gospel.
“While we need to communicate certain concern over false teachings, we need to be careful of the means in which we communicate these concerns. A lot of these ‘watchman ministries’ believe it’s their goal to ‘call out’ these leaders while at the same time evaluating their celebrity status and enable them to use said media attention to their advantage.”
How dare we. Of course, if people were listening to us, they wouldn’t have been listening to hucksters like Perry Noble and the rest of Frederick’s clientele, to begin with. We responded with the following…

If you recall, Tony Nolan – the popular evangelist – had entered into a partnership with Clayton Jennings to help rebuild his ministry and restore him after multiple women came out to testify that he preyed upon them spiritually and sexually, and some had even been pressured with alcohol and to take the abortion pill. Nolan later explained that Jennings ended the restoration process because he had a team of “PR people” who would restore his ministry without making him take a time-out. Whether or not that was Hunter Frederick, we do not know, but we do know that there will be a hot place of judgment for those with the vocational profession of circumventing Biblical church discipline for the sake of financial gain.
There are so many celebrity preachers falling into unrepentant sin that an entire industry of fake restoration has developed to help them rebuild their reputations. If you have any information about Hunter Frederick and know any of his other clients, please contact us at info@pulpitandpen.org.
[Update: Frederick also or represented Lindsay Lohan]