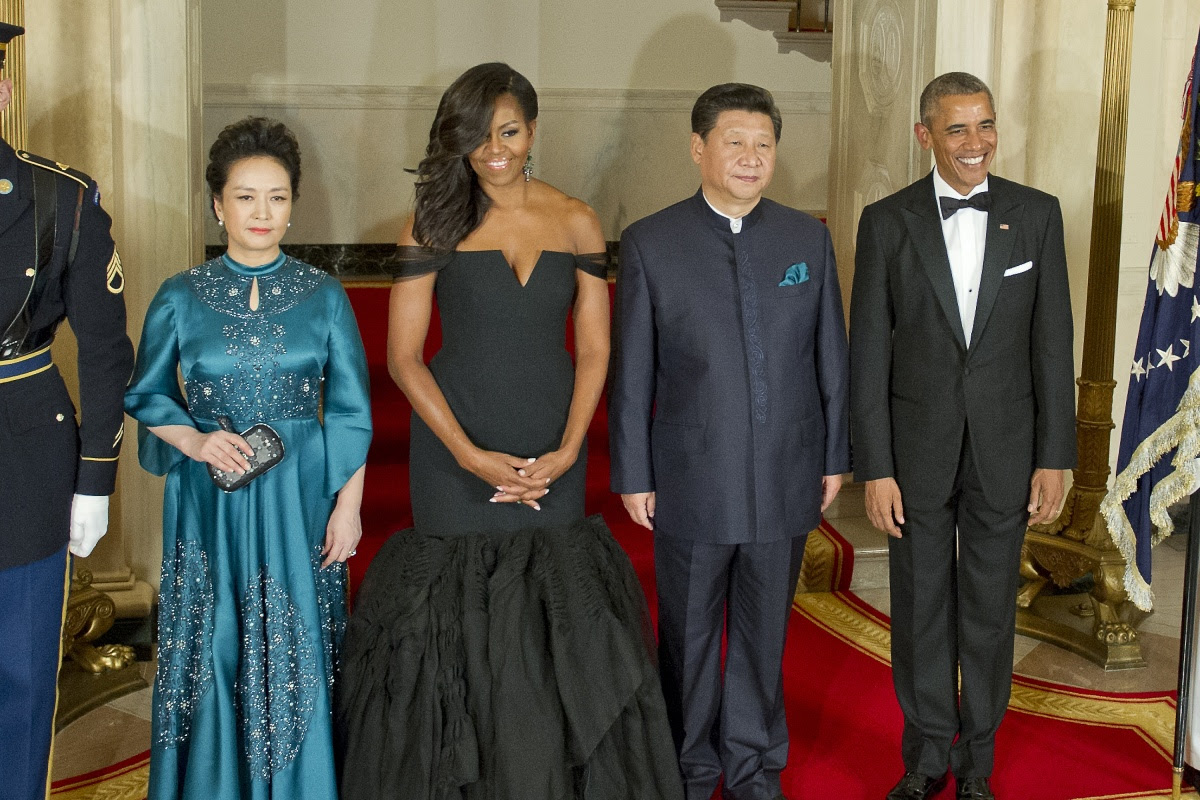 JUST DON'T TALK ABOUT ABORTION, EUGENICS OR AGENDA 21 IN PUBLIC 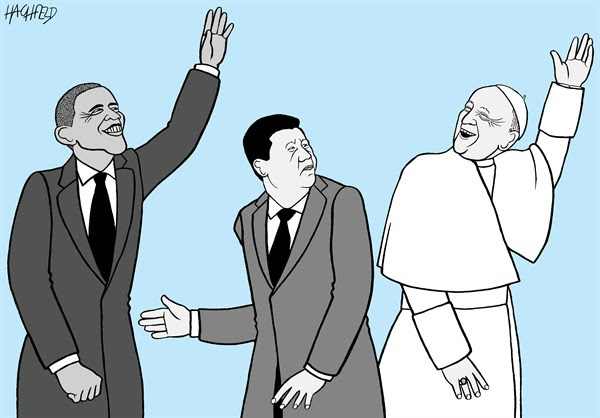 Posted by John at 4:19 PM Links to this post 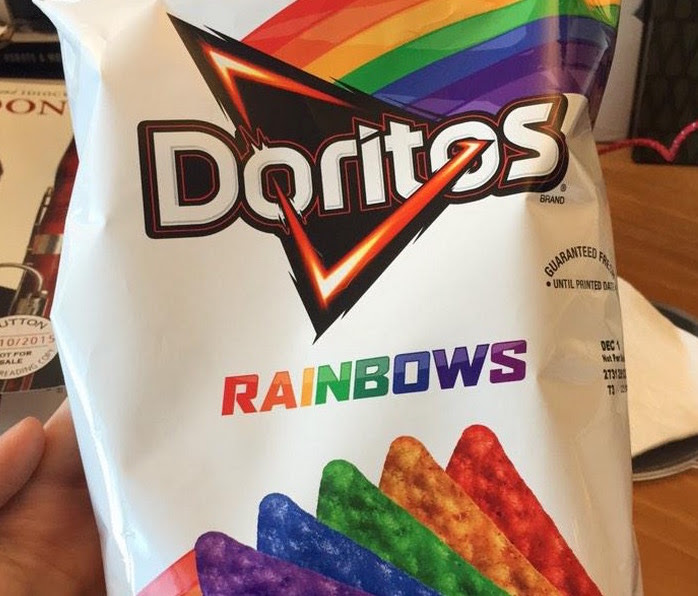 SEE: http://christiannews.net/2015/09/22/consumers-vow-to-avoid-doritos-after-company-unveils-gay-pride-rainbow-chips/; republished below in full unedited for informational, educational, and research purposes:

PLANO, Texas – The manufacturers of Doritos potato chips say they have “had an amazing response” to their homosexuality-celebrating Doritos Rainbows chips, but some consumers have promised to never buy Doritos products again because of the company’s support of sin.
The Doritos brand, a subsidiary of Frito-Lay, Inc., has announced in a press release that their company will be offering bags of limited edition, rainbow-colored potato chips. The purpose of the chips is “to celebrate and support the lesbian, gay, bisexual and transgender (LGBT) community in the boldest, most colorful way possible,” according to the release.
“Introducing Doritos Rainbows chips, the first Doritos product in history made up of multiple, rainbow-colored Doritos chips inspired by the pride flag,” the company announced.
Ram Krishnan, Frito-Lay’s chief marketing officer, said the Doritos Rainbow chips exemplify his company’s support for and celebration of “the LGBT community.”
“With Doritos Rainbows chips, we’re bringing an entirely new product experience to our consumers to show our commitment toward equal rights for the LGBT community and celebrate humanity without exception,” he said.
Frito-Lay offered the multi-colored chips to consumers who donated at least $10 in support of the It Gets Better Project—an activist organization founded by Dan Savage, an open homosexual. Savage is a controversial public figure who has repeatedly castigated the Bible and Christian political candidates.
“We’re honored to partner with the Doritos brand to celebrate the momentous progress that has been made toward equal rights for the LGBT community in this country,” stated Brett Peters, communications director of the It Gets Better Project.
Doritos announced via social media on Friday that the company was “amazed” by the response elicited by the pro-homosexual rainbow chips and said all the Doritos Rainbow chips have been claimed. However, the company’s decision to produce the rainbow-colored snacks may have cost them a number of customers, as dozens of social media users vowed to never eat Doritos again, due to the company’s “gay propaganda.”
“Awesome, now I have a reason to never eat Doritos again,” one commenter stated.
“I won’t be buying Doritos again,” another wrote.
“Won’t ever buy a bag of Doritos ever again,” a third asserted on the Doritos Facebook page. “Being gay is a decision, as is my refusal to never support such a company as yours.”
Doritos is not the only national food company to support the homosexual lifestyle by offering special products to their customers. As previously reported, Burger King unveiled “The Proud Whopper” last year at one of its San Francisco locations. Corporate executives at Chipotle and Starbucks have also publicly expressed support for homosexuality.
As also reported, a Christian evangelist and apologist established Sept. 13 of each year as “Mercy Day”—a time for Christians to celebrate the mercy of God and remember the original meaning of the rainbow, as described in Genesis 9:13.
Posted by John at 3:08 PM Links to this post

SEE: http://www.infowars.com/source-white-house-has-fbi-task-force-investigating-infowars/; republished below in full unedited for informational, educational, and research purposes:

The Obama White House has directed an FBI task force to put Alex Jones and the Infowars operation under surveillance in anticipation of a potential raid, a source told Jones yesterday.
VIDEO:
Around a year ago, Jones was first contacted by a source within the FBI who informed him that Infowars was being kept under close surveillance by the federal government.
Another well placed source contacted Jones yesterday to tell him that an FBI task force in Washington DC was now specifically dedicated to targeting Jones and the Infowars operation and was preparing to launch a search and seizure raid once a pretext could be contrived.
Meetings have already taken place where FBI agents have openly expressed their confidence that they will find something with which to go after Jones – even if it means framing the radio host – the source said.
“They’re very confident that they can raid this facility and make something up,” said Jones. “Real people in the FBI continue to contact me to say this is coming, this is being done, be ready.”
In light of the Lois Lerner scandal, where conservative groups were deliberately targeted by the IRS, the feds are keen to not make the process look like political persecution, so they are likely to have it spearheaded by the Federal Trade Commission and be related to Infowars’ sale of health supplements, according to Jones.
This would not be the first time that Jones has been touted as a target of the Obama White House. Back in 2009, after Jones released his viral documentary The Obama Deception, the Globe published an Obama “enemies list” that included Jones’ name.
The Obama White House’s persecution of journalists has led many to characterize it as the most hostile administration towards the free press in modern history.
Last year, author and documentary film maker Dinesh D’Souza was sentenced to five years of probation, including eight months in a community confinement center, for making an “illegal campaign contribution” by having other people give money to Republican Wendy Long and reimbursing their donations.
The sentence was described as an act of “political persecution” by many who pointed out that Democrats get away with the same behavior on a regular basis.
Back in 2007, Dallas Mavericks Mark Cuban was also threatened by the FTC for his involvement in a controversial political documentary on the basis that it might embarrass the White House.
______________________________________________________________

Posted by John at 2:36 PM Links to this post

1 Corinthians 15:14-"And if Christ be not risen, then is our preaching vain, and your faith is also vain. 17 And if Christ be not raised, your faith is vain; ye are yet in your sins.    Colossians 2:8-"Beware lest any man spoil you through philosophy and vain deceit, after the tradition of men, after the rudiments of the world, and not after Christ. 18 Let no man beguile you of your reward in a voluntary humility and worshipping of angels, intruding into those things which he hath not seen, vainly puffed up by his fleshly mind." 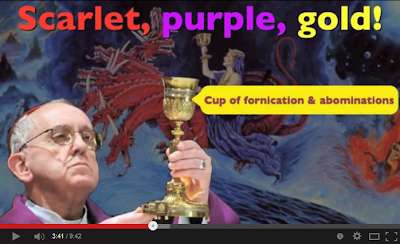 ‘I Unite Myself’: ‘Pope’ Calls Muslims ‘Brothers and Sisters’ in Message at St. Patrick’s Cathedral

Posted by John at 2:21 PM Links to this post