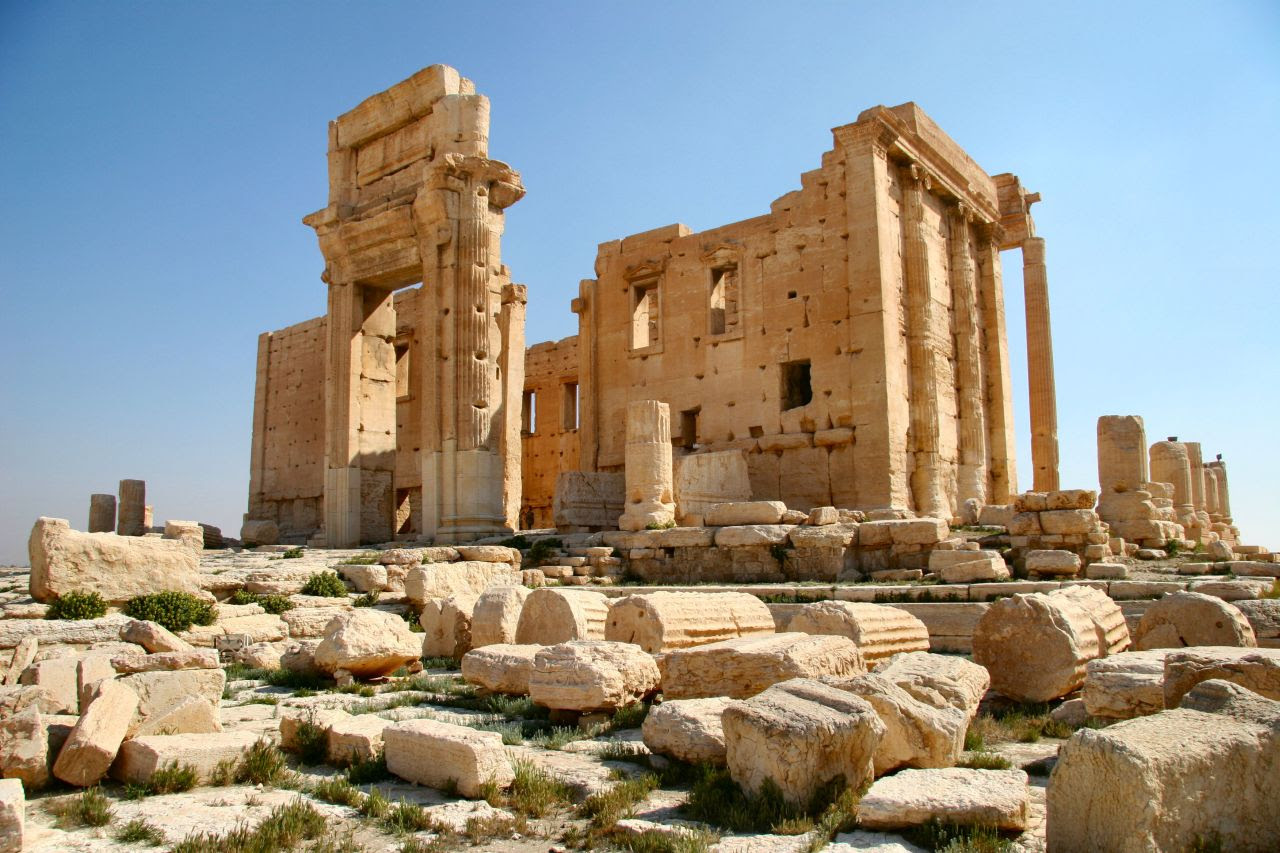 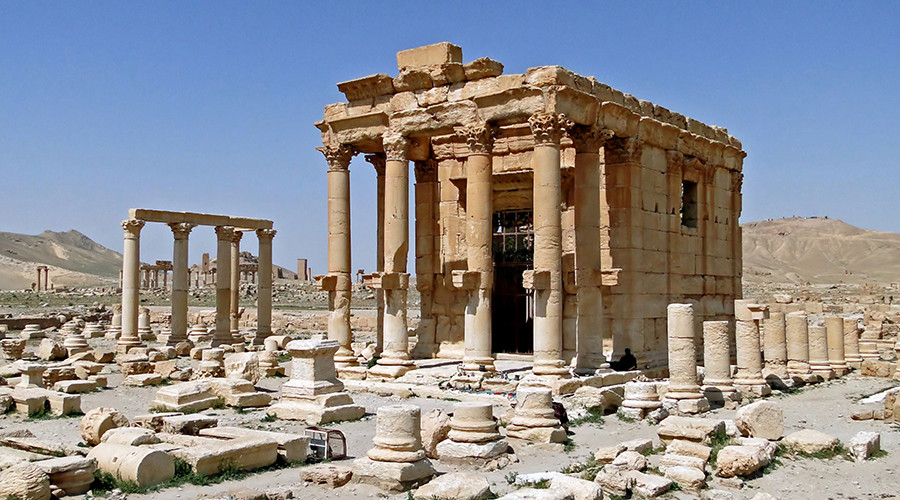 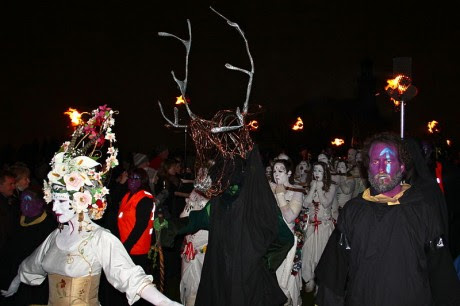 NWO Opening Thousands Of Portals To Ancient Demons
Published on Apr 6, 2016
Back in August of 2015, ISIS destroyed a majority of a mixture of Roman, Persian, and Mesopotamian ruins in the City of Palmyra, Syria. After Syrian forces drove ISIS out of the area they discovered mass graves of mostly women and children as the Independent reported in May of 2015.

At least 400 Syrians were brutally tortured, beheaded, and mutilated in Palmyra.

Now as a supposed act of defiance, The Institute of Digital Archaeology, Harvard University, and UNESCO are erecting 43 foot tall 23 foot wide Arches of the Temple of Bel in New York’s Times Square and London’s Trafalgar Square.And the date to unveil the arches falls directly on the celebration of the all important pagan holiday Beltane and anniversary of the massacre of The Branch Davidians at WACO and The Oklahoma City Bombing, April 19.

Michael Snyder of End of The American Dream Writes "But these are not the only two giant arches that are going to be made. That same article from the New York Post says that the Institute for Digital Archaeology ultimately hopes to put 1,000 of these arches in cities all over the globe…Michael Snyder continues "If you are anything like me, this is an extremely disturbing development. Baal worship is definitely not something that we should be celebrating as a society.”

Michael Snyder continues” the name of the city of Babylon is believed to have originally come from an Akkadian word that meant “Gate of God” or “Gateway of the God”…So could it be possible that we are laying out a couple of giant welcome mats for this ancient pagan deity by erecting these giant arches in New York and London ?” Could we be opening up gateways and portals that are extremely dangerous and that we simply do not understand?

BREAKING: The Temple Of Baal Will Be Erected In Times Square NYC & London in April 2016!!!
Published on Mar 22, 2016
WHAAAAAAAAAAT!?! Major breaking prophecy news! We ARE living in the last days! BREAKING NEWS! Forward!
NEXT month (April 2016), the Temple of Baal will come to Times Square. Reproductions of the 50-foot arch that formed the temple’s entrance are to be installed in New York and in London, a tribute to the 2,000-year-old structure that the Islamic State destroyed last year in the Syrian town of Palmyra. The group’s rampage through Palmyra, a city that reached its peak in the second and third century A.D., enraged the world, spurring scholars and conservationists into action.
ISIS destroyed a TON of artifacts... why would U.S. and London reconstruct this one?! Because we are living in the last days friends! Get saved! Get right with God, for the Day of the Lord is at hand...

Temple of Baal Being Built in Times Square - the Ancient Child Sacrifice Altar
Published on Apr 7, 2016
A replica of the ancient Syrian Temple of Baal is going to built in New York City's Times Square, and in London, England, where ancient cultures used to sacrifice their children to the Demon Baal as denounced in the Bible in Jeremiah 19:5 which reads, "They have built also the high places of Baal, to burn their sons with fire for burnt offerings unto Baal, which I commanded not, nor spake it, neither came it into my mind."

USE OF WHORES RELEVANT TO CAMPAIGN, OR ARE MORAL FAILURES IRRELEVANT TO
CONSERVATIVE CHRISTIANS AGAIN, AS WAS WITH TEFLON
BILL CLINTON?
WILL HE BE FORGIVEN, JUST LIKE MARY MAGDALENE & THE WOMAN AT THE WELL? BUT THEY WEREN'T RUNNING FOR PRESIDENT!

LYING CHEATING TED CRUZ & THE D.C MADAM
Published on Apr 6, 2016
Ted Cruz told reporters in Wisconsin the story was “all lies.” Cruz then went on to blame the article on Donald Trump and his “henchmen.”

But the rumors did not start with Donald Trump.

** The rumors were started by the Rubio Campaign and anti-Trump GOP elites.

Now this…
The National Enquirer is releasing a new report this week on the cheating scandal and it doesn’t look good for Ted Cruz.
Via Radar Online: http://www.thegatewaypundit.com/2016/...
http://www.thegatewaypundit.com/2016/...
DEBORAH JEANE PALFREY, D.C. MADAM
QUOTE FROM WIKIPEDIA: https://en.wikipedia.org/wiki/Deborah_Jeane_Palfrey:
"Deborah Jeane Palfrey (March 18, 1956 – May 1, 2008) (dubbed the D.C. Madam by the news media) operated Pamela Martin and Associates, an escort agency in Washington, D.C. Although she maintained that the company's services were legal, she was convicted on April 15, 2008 of racketeering, using the mail for illegal purposes, and money laundering. Dismayed at how most services were run, including widespread drug abuse, she started her own company recruiting mostly women over 25. In 1990, she was arrested on charges of pimping, pandering and extortion; after fleeing to Montana she was captured while trying to cross the Canadian border and brought back for trial. Following her conviction in 1992 she spent 18 months in prison. After her release, she founded Pamela Martin and Associates.Slightly over two weeks later, facing a prison sentence of five or six years, she was found hanged. Autopsy results and the final police investigative report concluded that her death was a suicide. Palfrey's escorts charged as much as $300 per hour, and many have had professional careers." 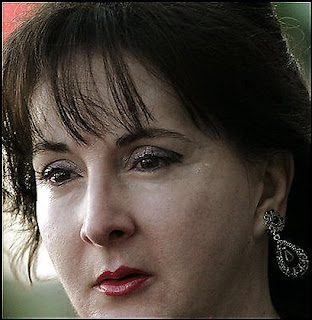 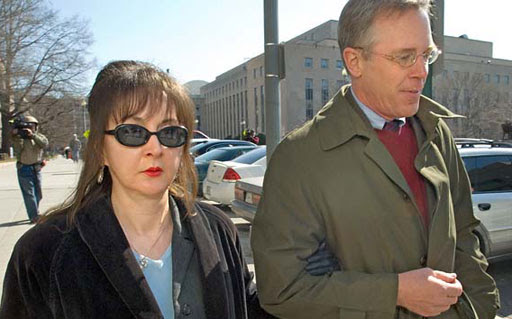 LISA HAVEN'S REPORT: Bombshell About 2016 Presidential Candidate To Be Released By Lawyer Who Represented High-End Escort

IS TED CRUZ’S NUMBER IN THE D.C. MADAM’S PHONE RECORDS? APPARENTLY!
Published on Apr 5, 2016
Sub for more: http://nnn.is/the_new_media | According to the Marshall report Mrs. Cruz won’t be too happy. They published Page 11 of the AT&T bill for Deborah J. Palfrey, the DC Madam. It shows - if it is authentic - on the 16th of September on 7 separate occasions calls from Texas were received. Marshall Reports alleges that these calls were placed by Ted Cruz to the D.C. Madam for ‘services’.

DC Madam's Black Book: A Rabbit Hole that Ends in Suicide? Or was she killed?
Published on Apr 8, 2016
The DC Madam's lawyer, Montgomery Sibley, joins the show to discuss how he has promised to release names from her black book of influential government insider clients.

DC Madam Phone Records Could Destroy Washington D.C.
Published on Apr 11, 2016
This chilling phone call was recorded just 2 months before the DC Madam, the woman who could singlehandedly take down Washington D.C was obviously murdered, but like people surrounding her died in mysterious circumstances. Back on May 3rd of 2008 Paul Joseph Watson wrote "

Evidence is stacking up to suggest that the alleged "suicide" of DC Madam Deborah Jeane Palfrey was in fact a calculated murder, as the manager of Palfrey’s Florida Condo reveals that Palfrey was not suicidal when he spoke to her Monday and told him of her fears about a contract being out on her life.

The new testimony is backed up by at least four other recorded public statements on behalf of Palfrey attesting to the fact that she would never commit suicide and if she was found dead to immediately suspect murder."

On May 6, 2008 Vanity Fair wrote an Palfrey’s obituary, basically catering to the Washington D.C. fears that her knowledge could have exposed. Vanity Fair painted her as a troubled woman on the path to suicide. "“D.C. Madam” Deborah Jeane Palfrey played a risky game in catering to Washington’s power brokers with her upscale escort service. Her suicide, this month, marked a tragic—and not unexpected—end for a complicated woman who believed she was unfairly victimized. Having talked to Palfrey for months and spoken with her mother after her death, the author tells the whole story.Police reports told of a notebook containing two suicide notes at the scene.” Not one but two, that ought to silence any questioning.

Following the death of Palfrey, Alex Jones appeared on Geraldo Rivera’s show to sort out the details.

Here we are 8 years later with a lid tightly sealed on the dirty little secrets that could cost Ted Cruz and countless career politicians their cozy positions in a corporotocracy manipulated with the ability to compromise and blackmail. And we just had to ask Deborah Palfrey's lawyer what Alex Jones had asked 8 years prior. 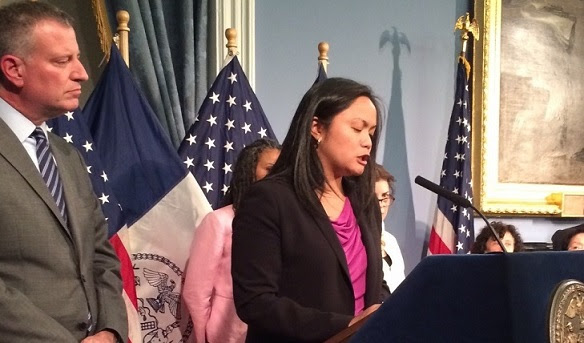 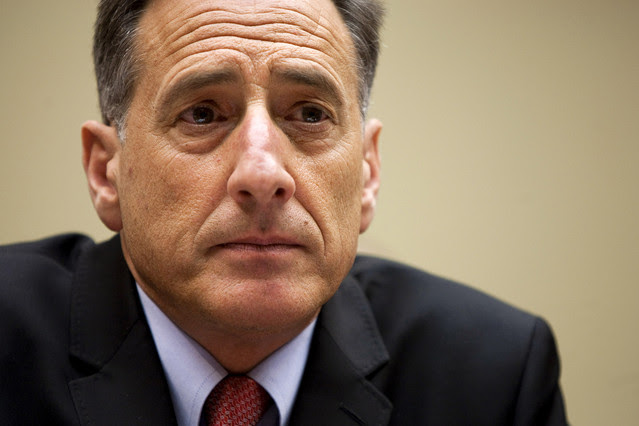 Minnesota Joins Travel Ban On North Carolina
Published on Apr 3, 2016
The directive from Gov. Mark Dayton comes in the wake of North Carolina's new law requiring individuals who are transgender to use public restrooms according to their gender at birth, Rachel Slavik reports (2:20)

REPORT ON GOVERNORS' BANS ON TRAVEL TO N.C.

VERMONT GOVERNOR SHUMLIN LETS KIM FOUNTAIN, DIRECTOR OF THE PRIDE CENTER OF VERMONT SPEAK FOR HIM