FRENCH POSTAL SERVICE REFUSES TO DELIVER TO MUSLIM MIGRANT "NO GO ZONE",
CITING "DANGER TO STAFF"
BY ROBERT SPENCER
SEE: https://www.jihadwatch.org/2017/11/french-postal-service-refuses-to-deliver-to-muslim-migrant-no-go-zone-citing-danger-to-staff;
It wasn’t very long ago that French authorities and others in Europe were indignantly denying that there were any “No Go Zones.” The postal workers of Chronopost cannot afford the luxury of political correctness. 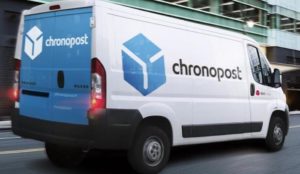 
French courier Chronopost has announced that it will not deliver any packages to the heavily migrant-populated Seine-Saint-Denis suburb on the outskirts of Paris because the area is too dangerous.
The company announced the measures last week saying that residents of the Paris suburb will have to travel to pick up locations to get their packages. They said that the danger to their delivery drivers was simply too high in the area which has been described as a no-go zone, radio broadcaster France Info reports.
Though Chronopost has refused to deliver to certain neighbourhoods it has deemed to be too dangerous since last year, this is the first time an entire district has been designated as off-limits.
Last year, 51 of its delivery drivers were attacked while doing their rounds. The number of violent robberies in the Île-de-France region, where Seine-Saint-Denis is located, has risen by 40 per cent in the last two years alone. Across France, the number has increased by 60 per cent.
Laurent Russie, Communist Party mayor of Seine-Saint-Denis, expressed outrage at the company’s decision: “It is totally abnormal that a part of the city so small is no longer delivered to by what I continue to consider as a public service.”
Chronopost is a subsidiary of La Poste, which is 73.7 per cent owned by the French government.
“The disappearance of public services leads to insecurity,” Russie added.
Postal workers are not the only ones who have been attacked in the troubled Paris suburbs.  Earlier this year, police were attacked in the area during riots following allegations that officers sexually assaulted a local man with a truncheon.
In July, around 900 cars were burned and one officer severely attacked in the area during a visit by U.S. President Donald Trump who attended the annual Bastille Day celebrations.
Seine-Saint-Denis has also been tied to radical Islamism and Islamic terrorism. Last week, French President Emmanuel Macron admitted that the Paris suburbs had become havens for Islamism and vowed to tackle the issue.
“Radicalisation has taken hold because the French Republic has given up,”  Macron said and added: “And we allowed, in too many cities, too many districts, representatives of a distortion of a religion who are full of hate and disenfranchisement to provide solutions that the Republic no longer gives.”

France seeks to ban Muslim street prayers
in Paris after clashes
BY ROBERT SPENCER
SEE: https://www.jihadwatch.org/2017/11/france-seeks-to-ban-muslim-street-prayers-in-paris-after-clashes;
Holding prayers in the street is not the result of mosque shortages. Throughout the history of Christianity, Christians established house churches when they didn’t have a church to pray in — that is, they would just go to someone’s house and hold services there. There were no ostentatious prayers in the street. These street prayers are actually a confrontation and a statement: the Muslims in Clichy-la-Garenne are asserting their supremacy, implicitly demanding that everyone else who wants to pass along the street has to accommodate them. This is a manifestation of the old Islamic dictum that “Islam must dominate and not be dominated.” Consequently, French Interior Minister Gerard Collomb is entirely correct to try to stop this. It is inevitable that eventually the leaders of all Western countries are going to have to decide whether they’re going to defend their own laws and culture, or whether they’re going to bow to Islamic norms and practices one by one until finally they are Sharia states. This confrontation is coming, and cannot be avoided.

“France Seeks To Ban Muslim Street Prayers In Paris After Clashes,” by Jacob Bojesson, Daily Caller, November 19, 2017 (thanks to Lookmann):


Muslims won’t be allowed to hold mass prayers on the streets of a Paris suburb where protestors and worshippers have clashed in recent weeks, French Interior Minister Gerard Collomb said Sunday.
Weekly street prayers have taken place in the suburb of Clichy-la-Garenne every Friday since the local mosque was shut down by authorities in the spring. Local politicians and protestors have tried to stop the street prayers and the national government is ready to take action.
“They will not have prayers on the street, we will prevent street praying,” Collomb told Franceinfo in an interview published Sunday. “We will make sure we resolve this conflict in the next few weeks.”
Collomb emphasized that “Muslims must have a place of worship to pray” while acknowledging that the current solution doesn’t work….

Posted by John at 9:29 AM Links to this post


Tariq Khan is a PhD candidate at the university and has taught courses such as “Constructing Race in America” and ‘U.S. Gender History since 1877.’  He is also involved with various anarchist and communist organizations including Black Rose Anarchist Federation and Antifa, in addition to working with the undergraduate socialist students. The incident has been reported to University of Illinois police, and Khan was placed under arrest and issued a notice to appear in court for criminal damage to property, with police valuing the cell phone at $700. This violent altercation comes three weeks after Khan aided the campus student government in shutting down the university’s homecoming parade for including a float celebrating the school’s former mascot ‘Chief Illiniwek.’

GOOGLE ADOPTS SOROS PLAN
TO CENSOR THE INTERNET
SEE: https://www.infowars.com/google-launches-colossal-censorship-disinformation-campaign-under-cover-of-night/
Posted by John at 8:54 AM Links to this post