RANDY ALCORN'S PSYCHOHERESY: "DEPRESSION IS ELUSIVE"~WORRIED ABOUT WINDING UP IN HIS "INTERMEDIATE HEAVEN"?~PERHAPS RELATED TO INVOLVEMENT WITH CONTEMPLATIVE MYSTICISM

Going Deep with God in Depression:

Published on Mar 17, 2014
Randy Alcorn | Theology Refresh | Depression is often elusive. Some dark cloud gathers and hangs overhead. You feel constantly ill at ease. Whether triggered by negative events, or some undefined cause, you know despondency when you experience it, even if you find it hard to describe... Learn more athttp://www.desiringgod.org/blog/posts... 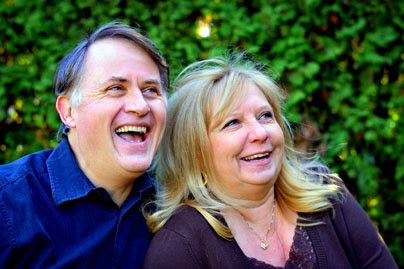 "RANDY ALCORN: On Alcorn's website, under My Favorite Non-Fiction Books, he includes Richard Foster's Celebration of Discipline. Foster is the leading evangelical-type pioneer of contemplative spirituality (also known as the spiritual formation movement) and is considered to be a key player in the emerging church movement. 1 Alcorn has been a trusted name in Christian fiction.

Lighthouse Trails contacted Alcorn's ministry and spoke with his assistant, who told us she spoke on Alcorn's behalf when she said they saw nothing wrong with contemplative practices. She did agree to accept a copy of A Time of Departing and Faith Undone , which we have now sent, but said Randy Alcorn would likely not have time to read it.

IMPORTANT NOTE: On January 12, 2009, Randy Alcorn's assistant contacted Lighthouse Trails and said that Randy has agreed to remove the recommendation to Foster. He did ask, however, that the following message be relayed to us: "[Randy] doesn't believe in painting a broad brush over certain authors when we don't agree with them in every area. For example, he has read three of Dallas Willard's books, and while he doesn't agree with him in certain areas, for the most part he found them to be very Christ-centered and biblical. So he strongly disagrees with the negative references to Willard in the books you sent."  Alcorn's assistant said she "looked through" the books we sent, but did not say whether Alcorn saw them or not. We hope he will find time to read A Time of Departing some day. P.S. A second contact from Randy Alcorn's assistant to Lighthouse Trails on January 12th was made. We have been asked to post the following statement by Randy Alcorn:


OUR COMMENT:  For anyone who has any doubts as to whether Dallas Willard embraces mystical spirituality, please note that he wrote the foreword to Ruth Haley Barton's book, Invitation to Silence and Solitude, in which Barton encourages eastern-style (repeating a word or phrase) meditation. Barton was trained at the interspiritual, panentheistic Shalem Institute in Washington DC, and today trains pastors and leaders in contemplative spirituality at her Transformation Center. As for Dallas Willard, he has shown strong and clear affinity with those who teach eastern-style meditation.

2ND COMMENT: We appreciate Randy Alcorn's concern about "dangerous contemplative practices." However, it is very typical for people to say that contemplative practices can be OK "depend[ing] on the context" and "what one is contemplating on."  Lighthouse Trails believes that even if the intent is to focus on Jesus and the Bible, there is never a time when the repeating of a word or phrase is safe ... or biblical."

Randy Alcorn's Book Heaven Reviewed: The Not So Good:
http://www.lamblion.us/2012/04/randy-alcorns-book-heaven-reviewed-not.html .

Published on May 2, 2014
Chris Rosebrough interviews the two non-Christian film makers who attended the Star Wars Easter spectacle at Church of the Rock in Winnepeg, Canada
SEE:
https://www.youtube.com/watch?v=UOC6AEooXlo

OTHER CHURCHES DID A STAR WARS EASTER: