"MODERATE" FLIP FLOPPER KASICH CONDEMNS MISSISSIPPI'S RELIGIOUS FREEDOM LAW: "WHAT THE [EXPLETIVE] ARE WE DOING?"~QUESTION: WHAT IS HE DOING?

KASICH: NOT TAKING SIDES MEANS HE'S JUST ANOTHER COWARDLY COMPROMISER;
SUPPORTS AMNESTY FOR ILLEGALS, COMMON CORE & GAY RIGHTS IN NORTH CAROLINA & NOW MISSISSIPPI
"IN OUR STATE (OHIO),
WE'RE NOT FACING THIS" (AMONG OTHERS)
HE WOULD AVOID "POLARIZATION" BETWEEN PEOPLE OF FAITH & GAYS 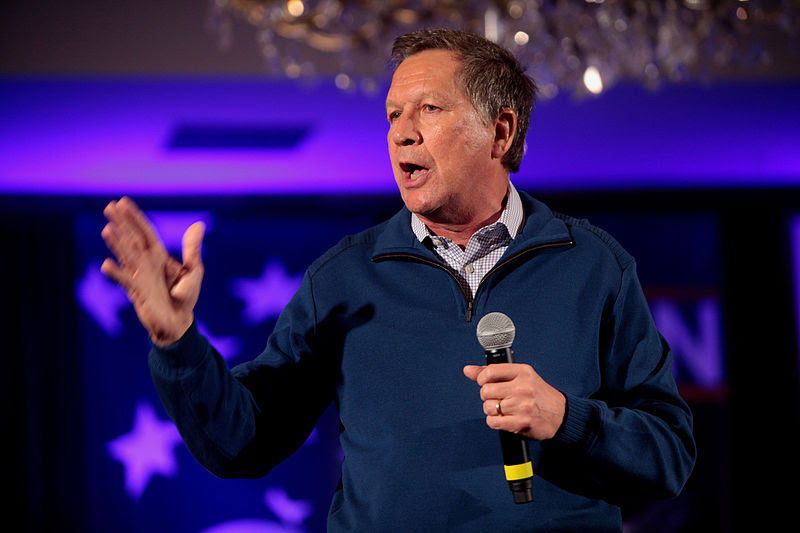 ANOTHER ARLEN SPECTER???
MORAL RELATIVIST FLIP FLOPS ON POLITICAL & MORAL ISSUES, WIVES & RELIGIONS. WHAT WOULD HE DO AS PRESIDENT?
QUOTE FROM WIKIPEDIA: https://en.wikipedia.org/wiki/John_Kasich
"Kasich has been married twice. His first marriage was to Mary Lee Griffith from 1975 to 1980, and they had no children. Griffith has campaigned for Kasich since their divorce. Kasich and his current wife, Karen Waldbillig, a former public relations executive, were married in March 1997 and have twin daughters, Emma and Reese.
Kasich was raised a Catholic, but considers denominations irrelevant, and stated that "there's always going to be a part of me that considers myself a Catholic." He drifted away from his religion as an adult, but came to embrace an Anglican faith after both his parents were killed in a car crash by a drunk driver on August 20, 1987. Kasich has said he "doesn't find God in church" but does belong to the St. Augustine church in Westerville, Ohio, which is part of the Anglican Church in North America, a conservative church that broke off from the Episcopal Church."
KASICH CONDEMNS MISSISSIPPI'S
RELIGIOUS FREEDOM LAW:
"WHAT THE [EXPLETIVE] ARE WE DOING?"
BY HEATHER CLARK
SEE: http://christiannews.net/2016/04/14/kasich-condemns-mississippis-religious-freedom-law-what-the-expletive-are-we-doing/;
Posted by John at 11:10 AM Links to this post

PARENTS SHOULD REFUSE
COMMON CORE TESTS
FOR THEIR CHILDREN

BY KATIE LAPHAM
SEE: https://criticalclassrooms.wordpress.com/2016/04/11/the-terrible-horrible-no-good-very-bad-pearson-tests/; republished below in full unedited for informational, educational, and research purposes:

Over the course of three consecutive days last week, students in grades 3-8 took Pearson’s New York State (NYS) Common Core English-language arts (ELA) tests.  As was the case in 2013, 2014 and 2015, the 2016 ELA tests were developmentally inappropriate, confusing and tricky.  Despite the New York State Education Department (NYSED)’s “adjustments” to the 2016 assessments, there was no improvement to the quality of the tests.
While I am barred from disclosing the reading passages and questions that appeared on the tests, in no way will I refrain from broadcasting to the world how outraged I continue to be – year after year – over New York’s oppressive testing regime.  Since 2013, when Pearson’s Common Core tests were first administered in New York state, I’ve been documenting this nightmare on my blog.

COMPROMIZER JETTISONS MORALS, COWARDLY ATTEMPTS TO APPEASE GAYS (WHO WON'T BE APPEASED UNTIL THEY HAVE THEIR WAY COMPLETELY, I.E., DESTROYING CONSTITUTIONAL RIGHTS) 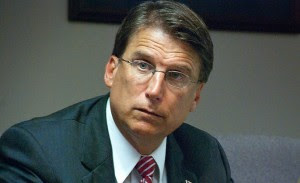 On Tuesday, North Carolina Governor Pat McCrory (shown) caved to pressure from big businesses and the LGBT community and signed an executive order to change the state’s recently passed LGBT law that barred local governments from extending protections to gay and transgender individuals and mandated that individuals use bathrooms based on the biological sex that appears on their birth certificates. Unfortunately for the governor, the order failed to appease the law's critics and has provoked criticism from the law's supporters.
“I have come to the conclusion that there is a great deal of misinformation, misinterpretation, confusion, a lot of passion and frankly, selective outrage and hypocrisy, especially against the great state of North Carolina,” McCrory said in a statement. “Based upon this feedback, I am taking action to affirm and improve the state’s commitment to privacy and equality.”
House Bill 2 was introduced in response to a Charlotte City Council ordinance that allowed transgender people to use a bathroom based on the gender with which they identify. The bill revoked that measure and prevented the introduction of new LGBT ordinances in the state, Newsweek explains. The bill was signed in late March, sparking outcry from numerous groups that claimed the bill amounted to discrimination.
In an effort to address concerns raised by critics, McCrory’s executive order establishes protections for state employees against discrimination based on sexual orientation and gender identity, and calls on legislators to reinstate the right to sue for discrimination. The executive order does not, however, address the provision that requires people to use the bathroom based on the gender with which they are born, though the bathroom provision is considered by critics to be the most controversial portion of the law.
McCrory said in his video announcement that his executive order “maintains common sense gender-specific restroom and locker facilities in government buildings and in our schools,” but said that private businesses could continue to set their own rules for bathrooms and locker rooms.
McCrory’s executive order follows announcements by Deutsche Bank and PayPal Holdings that the companies would not expand operations within the state. The Washington Post reports that PayPal announced last week it would forego plans to open a new facility in Charlotte as a result of the law, and Duetsche Bank said on Tuesday it would stop its plans to expand in the state, citing the law as the reason. “We take our commitment to building inclusive work environments seriously,” John Cryan, co-chief executive of Deutsche Bank, said in a statement Tuesday.
The Post notes that other major companies such as Apple, Google, and American Airlines have spoken out against the law, and reports that the law could “potentially cost the state major events like the next NBA All-Star game, currently scheduled to be held in Charlotte.”
But the law has supporters as well. WRAL reports that demonstrators stood outside of the State Capitol on Monday “praying and waving signs of support for the governor.”
Governor McCrory hoped that his executive order would appease the law’s opponents, while maintaining the support of the law’s supporters. “Simply put, I have listened to the people of North Carolina, and the people of North Carolina are entitled to both privacy and equality,” McCrory said. “We can and we must achieve both of these goals.”
But despite McCrory’s efforts to assuage the law’s critics, the executive order has received mixed responses.
The Charlotte Chamber of Commerce praised McCrory’s order as one that presents North Carolina as a place “that promote diversity, inclusiveness and equality.” “We applaud the governor’s actions today which demonstrate that North Carolina is an open and welcoming state,” the Charlotte Chamber of Commerce said in a statement. “We strongly encourage the leadership and members of the General Assembly to take quick action to the governor’s call to ensure citizens have the right to pursue claims of discrimination at the state level.” But organizations such as the American Civil Liberties Union claim that the executive order did not go far enough because it left intact the bathroom provision.
“Gov. McCrory’s actions today are a poor effort to save face after his sweeping attacks on the LGBT community, and they fall far short of correcting the damage done when he signed into law the harmful House Bill 2, which stigmatizes and mandates discrimination against gay and transgender people,” Sarah Preston, acting executive director of the ACLU of North Carolina, said in a statement.
The ACLU, along with various other organizations, has filed a lawsuit against North Carolina’s law, claiming it is discrimination. The ACLU stated McCrory’s executive order has no effect on their lawsuit and they will continue to move forward.
And supporters of the bill contend that McCrory’s executive order amounts to nothing more than a “cave-in,” as it adheres to misunderstandings about the law and its intent.
State Representative Tim Moore (R), speaker of the North Carolina House of Representatives, contends that the legislation has “been unfairly reported and maligned by political activists.” “Governor McCrory’s executive order affirms the importance of the actions the General Assembly took in passing the Bathroom Bill to protect North Carolina citizens from extremists’ efforts to undermine civility and normalcy in our everyday lives,” Moore said in a statement.
Meanwhile, the Democratic North Carolina attorney general, Roy Cooper, who is running against McCrory for governor, used McCrory’s executive order for his political advantage. “Governor McCrory’s executive order is a day late and a veto short," Cooper said in a statement. "I’m glad Governor McCrory has finally acknowledged the great damage his legislation has done, but he needs to do much more."
_______________________________________________________

Posted by John at 8:39 AM Links to this post 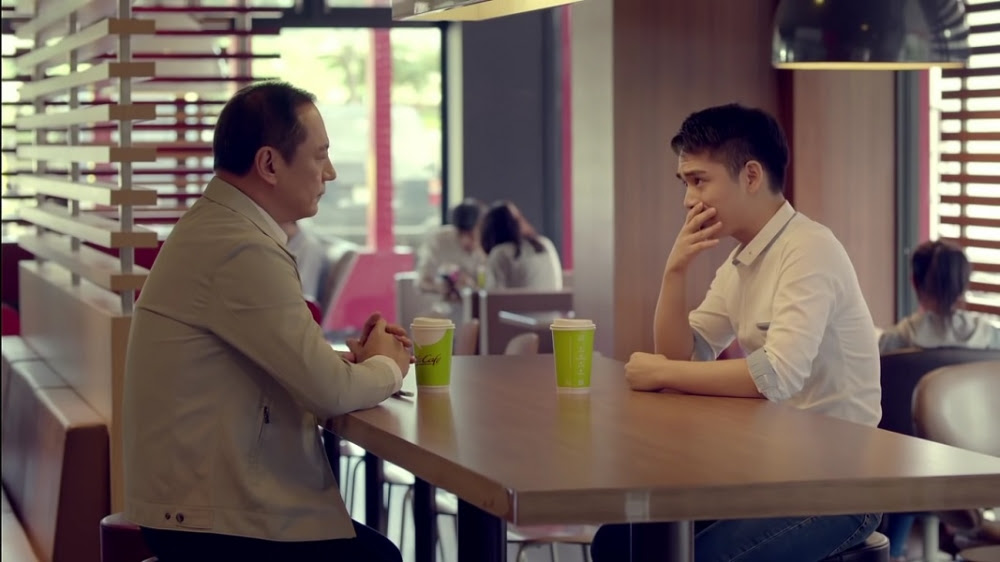 VIDEO OF BOY "COMING OUT" TO HIS FATHER IN MCDONALD'S TAIWAN
SEE: http://www.thechristianmail.com/2016/03/mcdonalds-ad-featuring-son-coming-out-as-gay-blasted-for-polluting-young-minds-by-religious-groups/

BUILDING MONUMENTS TO TOLERANCE
IN JERUSALEM 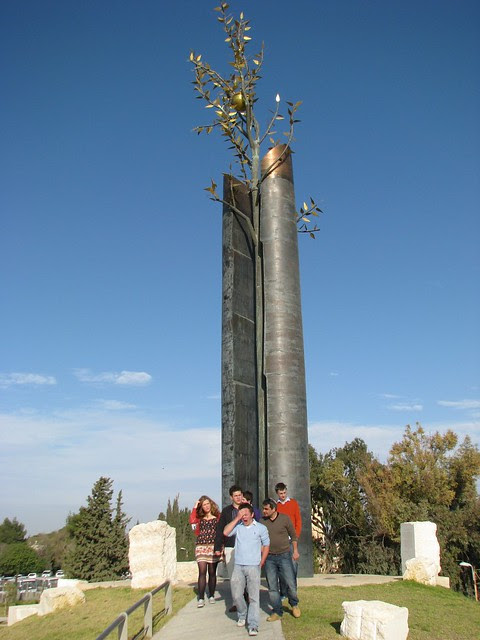 McDONALD’S PROMOTING MORAL RELATIVISM & TOLERANCE
BY DAVID CLOUD
SEE: http://www.wayoflife.org/friday_church_news/17_16.php;
Posted by John at 7:48 AM Links to this post