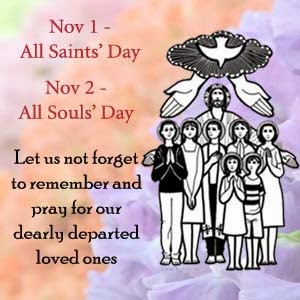 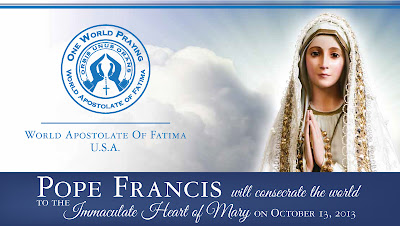 
and the Reformation at

Here’s the text of the letter:

October 16, 2013
This letter was sent individually to each Catholic bishop in the United States. 132 Catholic professors signed the letter.

Common Core Islamic
Indoctrination Textbook
Has Floridians Outraged
Parents Tell Their Children
To Rip Out Chapter If
Equal Weight Is Not Given
To Other Religions
See:
http://freedomoutpost.com/2013/11/common-core-islamic-indoctrination-textbook-world-history-has-floridians-outraged/

Posted by John at 5:11 PM Links to this post

From EAG News:
https://eagnews.org/common-core-aligned-lesson-teaches-students-to-obey-government-officials-ignore-individual-rights/, reprinted in full below unedited:


By Ben Velderman
EAGnews.org
NEW YORK – A new Common Core-aligned lesson is teaching third-graders across the United States that “the commands of government officials must be obeyed by all,” and that “the wants of an individual are less important than the well-being of the nation.”

Those un-American and unconstitutional concepts are being peddled to elementary students by the Pearson Education company, one of the nation’s leading producers of school curricula, reports MinutemenNews.com.
The historically inaccurate lesson appears to be part of a Pearson Education unit that teaches kids about Abraham Lincoln and the Civil War – “Hold the Flag High” – while doubling as an English assignment. (Having English concepts “bleed through” into other subject areas is a hallmark of the new Common Core learning standards.)
The assignment (which can be viewed here) instructs students to make pre-written sentences “less wordy by replacing the underlined words with a possessive noun phrase” and to write the new sentence in the space provided.
Students are then presented with six sentences that deal with the job of a U.S. president.
The first three sentences are fairly innocuous, but the final three are downright subversive.
Sentence four tells students, “(The president) makes sure the laws of the country are fair.”
Anyone with a proper understanding of the U.S. government knows the task of ensuring equality in the law belongs to the judicial branch. The president – as head of the executive branch of our government – is only charged with administering the laws passed by Congress, the legislative branch.
The Pearson Education lesson leaves students with the mistaken idea that American presidents have king-like powers, a concept our Founding Fathers would find abhorrent.
The indoctrination continues with sentence five: “The commands of government officials must be obeyed by all.”
That’s a chilling concept, one that any constitutional attorney would be quick to take issue with.

But the sixth sentence assigned to students
should cause the most alarm to Americans: “The wants of an individual are less important than the well-being of the nation.”
That sentence – which Karl Marx would have been proud to write – runs completely counter to America’s founding principles and documents, namely the Bill of Rights.
The information being presented to eight-year-olds is stunningly wrong, and it should cause Americans to question what’s going on in their schools.
Part of the reason this tripe is ending up in classrooms is because school officials are in a mad dash to remake their curriculum in the Common Core vision, which will take full effect in some 45 states beginning next fall. Officials need new materials and are mindlessly grabbing anything that has the Common Core seal of approval.
They’re guilty of not reviewing the materials properly and should be held accountable by parents and taxpayers.
But the major reason these un-American concepts are being taught is because left-wing radicals are heavily involved in the Education Establishment – from the nation’s teacher colleges to its textbook companies.
These radicals have been trying to get their progressive views into the nation’s classrooms for decades. While they’ve been shockingly successful on that front, they’ve discovered that the upheaval caused by the transition to Common Core is providing them with an unprecedented opportunity to remake the nation’s K-12 curriculum in their image.
It’s as if they’ve been given a blank slate to fill in with their propaganda, and they’re making the most of the opportunity.
It’ll be up to parents to guard against this nonsense. Many of them are using social media to warn their fellow parents about what’s coming down the Common Core turnpike.
A commenter in the Facebook group Parents and Educators Against Common Core Standards likely spoke for many when she suggested the Pearson Education lesson is “part of the plan to make the children dependent on the government.”
Posted by John at 10:12 AM Links to this post

COMMON CORE MYTH: NOT STATE LED~ILLEGAL FEDERAL USE OF SURROGATES

From the New American article:
http://thenewamerican.com/culture/education/item/16882-debunking-myth-of-common-core-education-as-state-led-video: