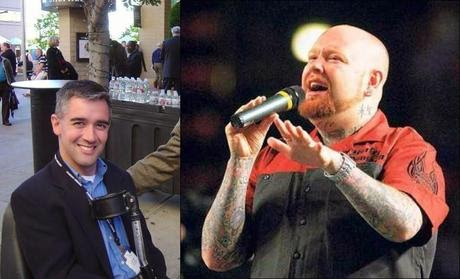 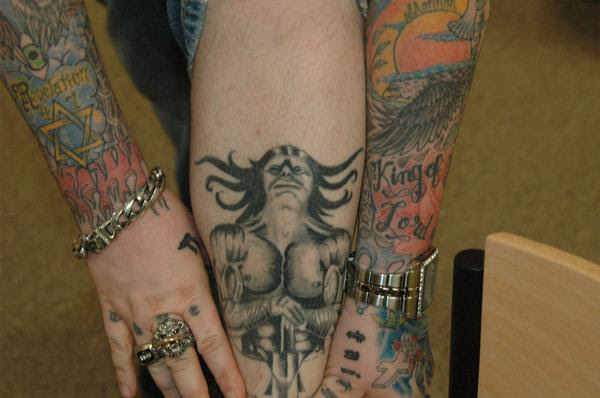 by Justin Peters Who Has Cerebral Palsy;

The Devilish Puppet Master of the Word-Faith Movement

Todd Friel & Justin Peters On The Word Of Faith Movement: 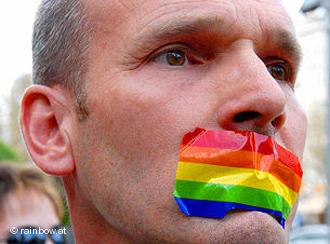 "Homosexual 'Equality' Is Just Repackaged Tyranny"
SEE: http://www.renewamerica.com/columns/miller/140613
Both Miller and Cloud articles republished below in full unedited for informational, educational, and research purposes:
Gina Miller:
"Transcendent truth, which is God's law, does not change and will never change. It is revealed by God in the Bible and is written on the hearts of men. We call it "conscience." People can bury this fundamental knowledge of right and wrong and the awareness through observing creation that God exists, but at some deep level they still know it. So it is with homosexual behavior. God has called it an abomination, a sin. Men have called it the infamous crime against nature. People are naturally, inherently repulsed by it. These timeless truths are not limited to a time in history. They are not outdated, as members of the radical homosexual movement would have you believe when they declare that support for homosexual "rights" equates to moving into the 21st century.
Those of us who are willing to speak out against the demonic homosexual movement have been warning you for many years that the God-given rights of those opposed to the mainstreaming of homosexuality cannot coexist with this movement. The fraud of homosexual "rights" and the genuine rights of Christians and others opposed to homosexuality are mutually exclusive, and one must give way to the other, period.
I have also warned you that at its core, this hellish movement is not about homosexuals simply wanting the "right" to "marry" or any of the other fallacious claims to unattainable "equality" they demand for their perverse sexual behavior. No. At its heart, this movement, born of Hell, is about Satan's tyrannical desire to crush Christianity. Even though it is playing out in the physical realm, this is a spiritual battle between satanic forces and the forces of Jesus, Who is the only Way to God the Father, and He is deeply hated by Satan. This is why I keep saying that the militant homosexual movement's chief targets are Christianity and the rights of the followers of Christ, whether the human pawns of the movement realize it or not.
This is a fascistic movement, meaning that its adherents employ authoritarian, militaristic tactics to push their radical agenda, which is just a "new" version of age-old tyranny. They use lying propaganda, intimidation and threats of targeting, boycotts and lawsuits to persuade people or to cow them into silence. Homosexual activists have been very successful in gaining the submission of leaders in corporate America, and they are even succeeding in swaying some churches to sign on in support of special "rights" for sodomites. The fact that far too many Christian pastors have remained silent in the face of this quickly spreading movement does not bode well for churches in America. Silence in the face of evil allows evil to easily flourish, and if Christians are afraid to speak out against the radical homosexual movement, then who will stand against it?
For an answer to what lies in store for America if Christians and church leaders don't push back strongly against the militant sodomite activists, we can look to Denmark. On June 7th, the U.K. Telegraph reported:
The country's parliament voted through the new law on same-sex marriage by a large majority, making it mandatory for all churches to conduct gay marriages.

"I think it's very important to give all members of the church the possibility to get married. Today, it's only heterosexual couples."

Under the law, individual priests can refuse to carry out the ceremony, but the local bishop must arrange a replacement for their church.

The far-Right Danish People's Party mounted a strong campaign against the new law, which nonetheless passed with the support of 85 of the country's 111 MPs.
For those who say that could never happen in the United States, I say don't fool yourself. If homosexual "marriage" becomes the bad law of the land, it is only a matter of time before all religious exemptions in participation will be eliminated under the guise of "non-discrimination" laws, and principled churches will not be spared. Don't doubt it for a minute. This is their goal, and they will not stop until they succeed or are stopped.
Mission America's Linda Harvey agrees. In her June 10th column, "More 'Gay Pride' Means Less Freedom," she writes:
Those with discernment can clearly see what is happening as homosexuals keep pushing the boundaries and "parade their sin like Sodom" (Isaiah 3:9). Their alleged freedom means loss of liberty for you and me.

You'd think they could share the love, but no. Homosexual leaders now declare they will not support religious exemptions in "non-discrimination" bills, like the federal ENDA that would equate homosexuals with bona fide protected classes for the purposes of employment, housing and public accommodations. Recall the Human Rights Campaign's reaction to religious freedom bills in Arizona and elsewhere: Such bills are a "license to discriminate." The fact that Americans have had religious freedom since 1791 or so makes no difference to HRC, apparently.

... Consider the entire Isaiah 3:9 passage: "The look on their faces testifies against them; they parade their sin like Sodom; they do not hide it. Woe to them! They have brought disaster upon themselves." If we wanted to truly help these people, we would prevent them from wallowing in this lifestyle.

At the same time, this movement is causing collateral damage in America. Are we willing to open our eyes and see where this is going? More pride means less freedom for Christians. That means loss of virtue and a farewell to America's soul.


"The Gay Takeover of America":