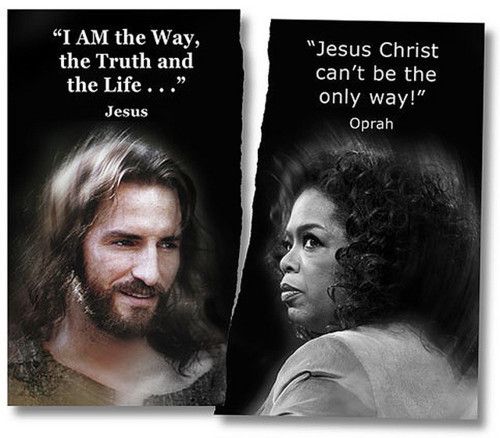 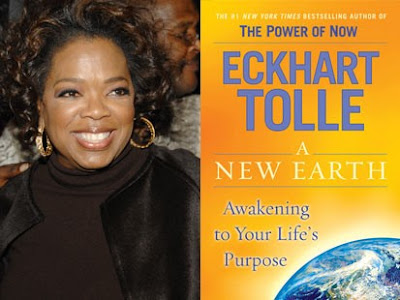 OPRAH WINFREY FOR PRESIDENT?
REALLY? IT'S NO JOKE
BY SELWYN DUKE
SEE: https://www.thenewamerican.com/usnews/politics/item/27918-oprah-for-president-really-its-no-joke;
If our truth-stranger-than-fiction culture persists, parody sites such as the Onion may be put out of business. Case in point: After Oprah Winfrey’s Sunday speech at the Golden Globe awards, there’s serious talk about her running for the White House. NBC even tweeted during the event, “Nothing but respect for OUR future president.” Although the network later deleted and disowned the tweet, stating it was sent by “a third party agency for NBC Entertainment,” Winfrey may in fact be poised for a major-party run.
The BBC writes that “her speech sounded an awful lot like a presidential candidate on the campaign stump,” and CNN quotes two of Winfrey’s friends as saying she was “actively thinking” about a White House run.
Winfrey certainly has two prerequisites for presidential ambitions: Money and name recognition. Worth $3 billion, she could self-fund a political campaign. And having hosted The Oprah Winfrey Show for a quarter century, she’s a household name. Then she has that one prerequisite for running on the Democrat ticket: radical politics.
Oh, explicit political statements from Winfrey are somewhat hard to find; a consummate marketer, she has generally avoided such pronouncements. But it doesn’t take much discernment or digging to ferret out her feelings — and that’s precisely all they are.
Winfrey would never officially endorse political candidates (that would alienate part of her audience), but she broke this pattern in 2008 with her overt support for Barack Obama. She then endorsed Hillary Clinton in 2016.
This is no surprise, since Winfrey clearly shares these politicians’ extreme views. Consider prenatal infanticide. Berean Research reported last year that Oprah Winfrey’s magazine touted a man named Dr. Willie Parker, who “claims that God, who is the author of reproductive life, morally approves of abortion,” wrote Berean.
Parker also penned the following, citing assassinated prenatal infanticide perpetrator Dr. George Tiller, dubbed by critics “Tiller the baby killer”: “Humane theology was the foundation of Dr. George Tiller’s practice. It dictates that alleviating suffering is a Christian’s sacred responsibility. If God is in everything, and in everyone, then God is as much in the woman making a decision to terminate a pregnancy as in her Bible.”
Of course, following Parker’s logic, we could also say that if God is in everything, then God is as much in the serial killer as in his victim or in the law book prohibiting murder. Is this a meaningful argument?
Winfrey exhibited such fuzzy thinking herself in 1997 while defending homosexual behavior, saying “The God I serve doesn’t care if you’re tall or short, or whether you were born, um, uh, black or Asian or gay.”
Of course, this argument conflates easily observable physical attributes with a status defined by feelings. We also may ask, does God care about anything? Does He care if we’re involved in bestiality or pedophilia? In other words, unless we believe God subscribes to occultist Aleister Crowley’s maxim, “Do what thou wilt shall be the whole of the law,” we agree that God draws lines. Mature people then set out discussing, seriously, where those lines are.
Winfrey followed up by saying that she believes God creates people as homosexuals; this reflects the argument that “God doesn’t make mistakes.” He doesn’t, but whether you believe our world is naturally flawed or supernaturally fallen, spina bifida, cleft palate, Down syndrome, and a multitude of other undesirable anomalies bear testimonial to how abnormalities occur.
Moreover, did God create pedophiles as pedophiles? Note, too, that while psychologists may claim homosexuality is innate, they also say psychopathy is inborn. Does this mean it’s alright for someone to commit murder if he was born with naturally occurring homicidal feelings?
Winfrey’s argument, boiled down, replaces morality with biological determinism. It essentially states that if a behavior is dictated by inborn urges, it’s morally licit. That way lies madness.
Nonetheless, Winfrey might make an effective politician. While her 1997 arguments were shallower than a babbling brook, she compensated masterfully with fashionable emotional-grabbing rhetoric (video below).

But away from her show, especially in more recent years, Winfrey has occasionally shown her teeth. For example, in a 2013 BBC interview, she began “throwing the race card again,” as NewsBusters put it. Addressing perceived anti-black “racism,” as epitomized by negative attitudes toward Barack Obama (as if his policies didn’t warrant them), she passionately said that old “racists” would have to die for “racism” to end. Unsurprisingly, some interpreted her words as being directed only at older, allegedly bigoted whites (video below).
Also in 2013, Winfrey opined that same-sex couples may make the institution of marriage stronger.
In this vein, it’s also not a shock that Winfrey appears on board with the unscientific “transgender” agenda as well. Just consider a 2004 Oprah show in which the host featured children who wanted to live as the opposite sex. Calling her an “Agent of Moral Insanity,” Albert Mohler, president of Southern Seminary & Boyce College, pointed out that she applauded the “transgender” phenomenon, saying how great it is that the younger generation “is so much more open to accepting children as they are instead of trying to — forcing whatever your own idea was” (even if that happens to be sanity).
In a way, though, Winfrey is perfectly attuned to our post-reason, emotion-über-alles season. Emphasizing that “transgender” policies are based on feelings, not biology, Catholic League president William Donohue wrote of how Winfrey epitomized the viscera-over-virtue mentality:
“Follow your feelings. If it feels right, move forward. If it doesn't feel right, don't do it.” That's what Oprah told 2008 graduates at Stanford. “And how do you know when you're doing something right? How do you know that? It feels so. What I know is that feelings are really your GPS system for life.”
Of course, Hitler’s feelings led him to conquer and kill. Jeffrey Dahmer’s feelings caused him to cannibalize his serial murder victims. Jerry Sandusky’s feelings drove him to molest young boys. This is all just too stupid, too easy to refute, and too tiresome. Global Positioning System for life? Any finely tuned guiding hand will know that one position the globalist Winfrey doesn’t belong in is the presidency.
_______________________________________________________
ALSO SEE OUR PREVIOUS POSTS AND OTHER ARTICLES ABOUT OPRAH'S APOSTASY, OCCULTISM, NEW AGE MYSTICISM, TWISTED, DISTORTED INTERPRETATION OF SCRIPTURE, SUPPORT FOR ABORTION & GAY RIGHTS: 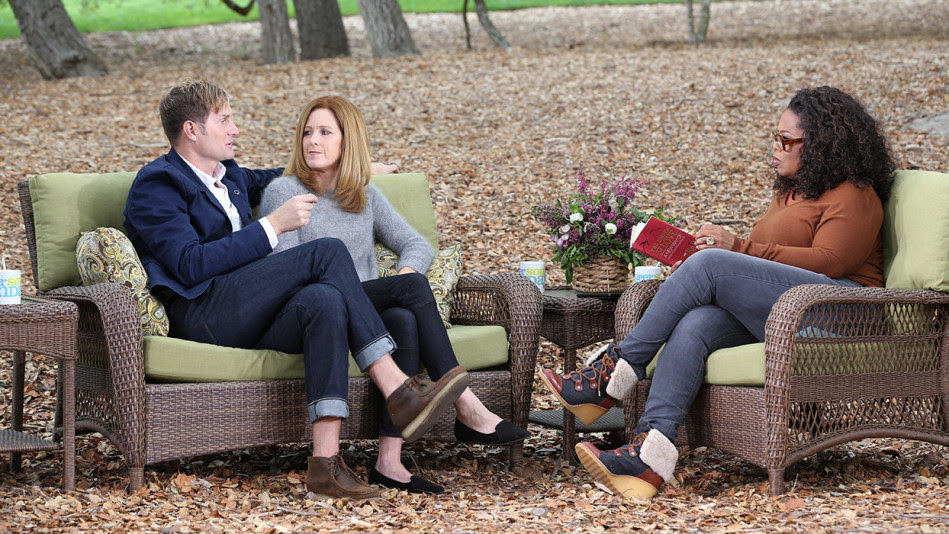 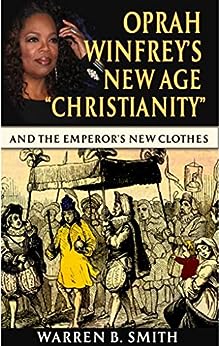 Trump Responds To Oprah
Alex Jones Rips Into Oprah Winfrey
Calls Her the "Witch" With Proof:

Posted by John at 5:02 PM Links to this post