THE NSA HAS BEEN & STILL IS SPYING ON ALL YOUR CONVERSATIONS

THE NSA HAS BEEN & STILL IS SPYING
ON ALL YOUR CONVERSATIONS;
INFOWARS REPORTED THIS 11 YEARS AGO,
AND WERE LABELED "CONSPIRACY THEORISTS"
Posted by John at 10:22 AM Links to this post

CIA HAS BEEN SPYING ON AMERICANS FOR YEARS

CIA HAS BEEN SPYING ON AMERICANS FOR YEARS
CIA Is Using Technology To Subvert The Constitution
Posted by John at 10:17 AM Links to this post

MORE OPPRESSION CHIC:
FACEBOOK MARKS INTERNATIONAL WOMEN'S DAY WITH IMAGE OF GIRL IN HIJAB
BY ROBERT SPENCER
SEE: https://www.jihadwatch.org/2017/03/more-oppression-chic-facebook-marks-international-womens-day-with-image-of-girl-in-hijab;
This is great. Facebook hereby signals its virtue: it is standing with Muslim women and presumably against Donald Trump and racist, redneck yahoos everywhere. But where is Facebook’s concern for Aqsa Parvez, whose Muslim father choked her to death with her hijab after she refused to wear it? Or Aqsa and Amina Muse Ali, a Christian woman in Somalia whom Muslims murdered because she wasn’t wearing a hijab? Or the 40 women who were murdered in Iraq in 2007 for not wearing the hijab; or Alya Al-Safar, whose Muslim cousin threatened to kill her and harm her family because she stopped wearing the hijab in Britain; or Amira Osman Hamid, who faced whipping in Sudan for refusing to wear the hijab; or the Egyptian girl, also named Amira, who committed suicide after being brutalized for her family for refusing to wear the hijab; or the Muslim and non-Muslim teachers at the Islamic College of South Australia who were told that they had to wear the hijab or be fired; or the women in Chechnya whom police shot with paintballs because they weren’t wearing hijab; or the women also in Chechnya who were threatened by men with automatic rifles for not wearing hijab; or the elementary school teachers in Tunisia who were threatened with death for not wearing hijab; or the Syrian schoolgirls who were forbidden to go to school unless they wore hijab; or the women in Gaza whom Hamas has forced to wear hijab; or the women in Iran who protested against the regime by daring to take off their legally-required hijab; or the women in London whom Muslim thugs threatened to murder if they didn’t wear hijab; or the anonymous young Muslim woman who doffed her hijab outside her home and started living a double life in fear of her parents; or the fifteen girls in Saudi Arabia who were killed when the religious police wouldn’t let them leave their burning school building because they had taken off their hijabs in their all-female environment; or all the other women and girls who have been killed or threatened, or who live in fear for daring not to wear the hijab?
Who is standing in solidarity with them? Do they have any place in International Women’s Day? Those who taunt or brutalize hijab-wearing women are louts and creeps, and should be prosecuted if they commit any acts of violence. At the same time, the women who don’t wear hijab in Muslim countries are far more likely to be victims of violence than hijabis in the West. Who stands with them?
________________________________________________________

ALL THE BETTER TO MAKE A QUICKER HIT AND RUN, PROFESSIONAL ATHLETE STYLE 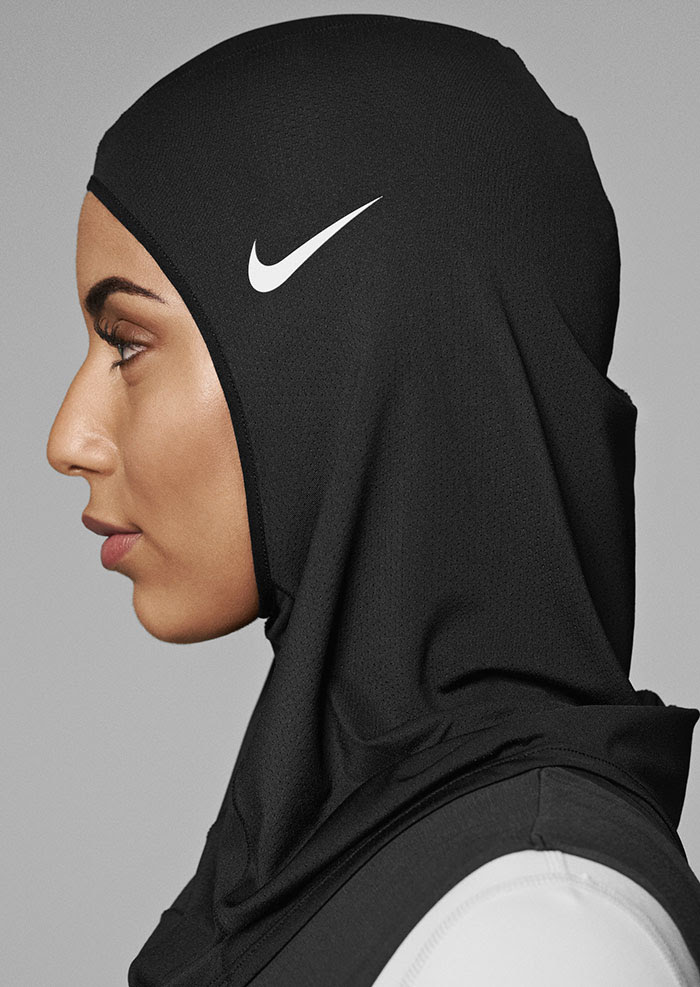 
PHILADELPHIA (CNN) — Nike will soon begin selling a performance hijab for Muslim women athletes.
The head cover, called the “Nike Pro Hijab,” boasts a single-layer pull-on design made from lightweight polyester in dark, neutral colors. The fabric’s tiny holes will make it breathable while remaining opaque, a requirement for hijab-wearing women.
Nike said it began developing the hijab after some Muslim athletes complained about wearing a traditional head scarf during competition.
The design process took 13 months, and the final product will be available for sale in the company’s Spring 2018 season.
Nike said the hijab is already being worn by Emirati figure skater Zahra Lari.
“I was thrilled and a bit emotional to see Nike prototyping a Hijab,” Lari said in a statement. “I’ve tried so many different hijabs for performance, and … so few of them actually work for me. But once I put it on and took it for a spin on the ice, I was blown away by the fit and the light weight.”…

Posted by John at 9:47 AM Links to this post

ROBERT SPENCER: WHY THE STATE DEPARTMENT SWAMP IS IN DIRE NEED OF DRAINING

ROBERT SPENCER: WHY THE STATE DEPARTMENT SWAMP IS IN DIRE NEED OF DRAINING
Posted by John at 9:26 AM Links to this post 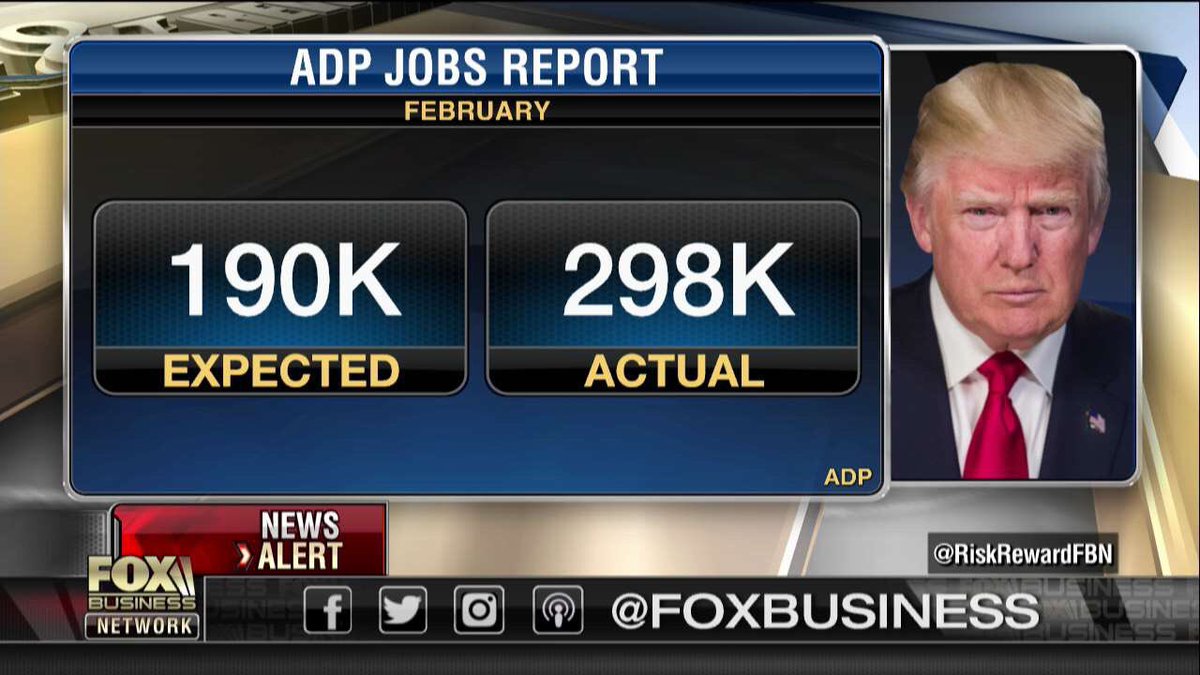 298,000 JOBS CREATED IN TRUMP'S FIRST MONTH, SHATTERING EXPECTATIONS
Construction jobs swell by the most in 11 years
BY PAUL JOSEPH WATSON
SEE: https://www.infowars.com/290000-jobs-created-in-trumps-first-month-shattering-expectations/;
President Donald Trump has received a huge boost for his economic agenda with the news that the U.S. created 298,000 new jobs after his first full month in office, shattering expectations by a margin of over 100,000.
The total blasted through market expectations that around 190,000 new jobs would be created.
“The report encompassed the first full month under President Donald Trump, who has pledged to rebuild the nation’s aging infrastructure system,” reports CNBC.

The numbers bode well for President Trump’s agenda of economic nationalism and his vow to reverse the ravages of globalism by bringing jobs back home.
The breakdown of the numbers is significant because it shows that the U.S. is becoming less dependent on service sector jobs as Trump tries to provide new incentives for companies to take on more construction and manufacturing workers.
Goods producers added 106,000 of the new jobs, with construction jobs swelling by 66,000 – the most in 11 years – and manufacturing jobs by 32,000.
Claims for unemployment benefits are also at the lowest for 44 years, suggesting employers are confident about the future.
“Companies employing 500 or more workers increased staffing by 72,000 jobs; payrolls rose by 122,000 at medium-sized businesses, or those with 50 to 499 employees, the most in three years; while small companies’ payrolls gained 104,000, an eight-month high,” reports Bloomberg.
The news is sure to be heralded by President Trump, while the mainstream media, which Trump has accused of acting as the opposition party, will look to bury the figures as it continues to spin the narrative that his embryonic administration is in turmoil.
Posted by John at 9:15 AM Links to this post

NORTH KOREA ADMITS MISSILE LAUNCHES WERE TEST OF POSSIBLE STRIKE AGAINST U.S. BASES IN JAPAN
BY WARREN MASS
SEE: https://www.thenewamerican.com/world-news/asia/item/25539-north-korea-admits-missile-launches-were-test-of-possible-strike-against-u-se;
Communist North Korea’s state-run Korean Central News Agency (KCNA) reported on March 7 that the nation’s launch of four missiles the previous day was part of practice tests to hone its ability to strike U.S. military bases in Japan.
The four missiles were fired from a launch site on North Korea’s west coast and traveled more than 600 miles across the country before crashing into the Sea of Japan between Japan and the Korean Peninsula, South Korea’s Joint Chiefs of Staff said in a text message to local reporters.
During a White House press conference on March 6, a reporter asked Press Secretary Sean Spicer for the White House’s reaction to North Korea’s firing of the four ballistic missiles.
Spicer replied:

The launches are consistent with North Korea’s long history of provocative behavior. The United States stands with our allies in the face of this very serious threat. The Trump administration is taking steps to enhance our ability to defend against North Korea’s ballistic missiles, such as through the deployment of a THAAD battery to … South Korea.

UN Ambassador Nikki Haley Makes Statement
on North Korea 3/8/17
Published on Mar 8, 2017
Wednesday, March 8, 2017: U.S. Permanent Representative to the UN Ambassador Nikki Haley gives a statement at a joint press stakeout following an emergency UN Security Council consultations on the DPRK on March 8, 2017. Transcript is available at https://usun.state.gov/remarks/7699.
Posted by John at 9:03 AM Links to this post