Jack Kimball~If You Intend To Harm Our Children,

Teachers Should Be Armed says Jack Kimball of NH:

Posted by John at 4:18 PM Links to this post 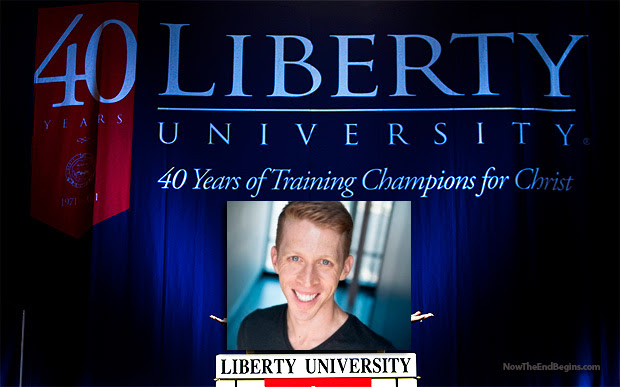 SEE: http://christiannews.net/2014/04/04/liberty-university-hires-open-homosexual-advocate-to-choreograph-mary-poppins-production/;
EXCERPT:
"Goldberg’s social media pages also indicate his support and advocacy for the homosexual agenda, posting “Happy pride, everyone” in June of last year, which was designated as Homosexual Pride Month by Barack Obama. Goldberg is also a member of the Facebook group Marriage Equality New York.
Goldberg’s Pinterest page likewise features a board dedicated to weddings, which includes pins for “gay wedding cake toppers,” “custom modern groom invitations for gay weddings or same-sex ceremonies” and a “gay wedding cake” with rainbow stripes."
Posted by John at 9:39 AM Links to this post

COLLECTIVIST PROPAGANDA MOVIE
SEE: http://www.breitbart.com/Big-Government/2014/04/05/U-S-Chamber-of-Commerce-New-Common-Core-Movie-More-Propaganda-Than-Mini-Documentary:
EXCERPT:
"As Shane Vander Hart, writing at Truth In American Education, writes, “This is not an educational movie, they offer no evidence, and – unlike HSLDA – don’t bring in both sides.”
HSLDA actually invited 18 prominent pro-Common Core individuals to participate in its documentary, and received only two affirmative responses.
“This is nothing but a propaganda fluff piece with talking heads who offer nothing but platitudes, but can’t provide an actual research-based rebuttal to our concerns with the Common Core,” Vander Hart continues. “Then again that has been the typical response from Common Core proponents, I don’t know why we’d expect anything different from the U.S. Chamber of Commerce who endorsed the Common Core before the standards were even released!”"
________________________________________________________

Published on Apr 4, 2014
A school in Sacramento, California, has suspended a mom over her stance against Common Core. You read that correctly, the Mark Twain School in Sacramento has told the mother of a 12-year-old student that she has been suspended for two weeks. Police in Sacramento served the 14-day suspension to Katherine Duran in her home following a disagreement with the school over the soon-to-be enacted Common Core standards. Duran's son, Christopher, was not pleased when he learned of his mom's suspension, telling the local KXTV, "I was outraged." The two week suspension was reportedly triggered after the officials charged that Katherine Duran was "disrupting the school." When asked to clarify what Duran's disruption was, Gabe Ross, a spokesperson for the school district, told the media, "It appears (she) went a little too far with regards to how she distributed information at school sites, distributing information to children directly." But according to Duran, she never distributed information to students on school grounds or to the children directly. The school district has even acknowledged that Ross's statement was incorrect. See, Duran did not distribute the opt-out forms, her son did. And for that, she has been suspended.

"This is a method of teaching that's untried, untested, unproven," she told a reporter for News 10 in Sacramento.
The concerned mom signed an "opt-out" form and asked her son to take a few copies to school and hand them out to his friends to take home to their parents. The school's principal then confiscates the forms. When Duran heard that the papers were taken away from her son, she visited the school and confronted principal Rosario Guillen. It was that meeting, according to the school, that triggered the police visiting the Duran home with the suspension order. The principal of the Mark Twain School sent police with a chilling note that contained notice of the two-week "Withdrawal of Consent" as well as a threat of arrest should she violate the order. The letter also states that, "The District will seek reimbursement for attorney costs the courts may impose."

TheBlaze has reached out to the Mark Twain School and the district offices of the Sacramento Unified School District. Calls to both of those outlets have not been returned.
SEE:

Mother ‘suspended’ from her child’s elementary school after she raised awareness about Common Core: