GLAZOV GANG: BRIGITTE GABRIEL- WAS MOHAMMED GOOD TO JEWS & CHRISTIANS?~ONLY BECAUSE HE HAD NO FOLLOWERS AMONG HIS OWN

GLAZOV GANG: BRIGITTE GABRIEL- WAS MOHAMMED GOOD TO JEWS & CHRISTIANS?~ONLY BECAUSE HE HAD NO FOLLOWERS AMONG HIS OWN
BY JAMIE GLAZOV
SEE: https://www.jihadwatch.org/2018/06/glazov-gang-brigitte-gabriel-was-mohammed-good-to-jews-and-christians; republished below in full unedited for informational, educational, and research purposes:
This special edition of The Glazov Gang features Brigitte Gabriel, the founder of ACT for America.
Brigitte focuses on Was Mohammed Good to Jews and Christians?; offering a harrowing glimpse at the true historical record.
Don’t miss it!
Subscribe to the Glazov Gang‘s YouTube Channel and follow us on Twitter: @JamieGlazov.
Please donate via our Pay Pal account to help us keep going.
Posted by John at 10:52 AM Links to this post

TRUMP WHITE HOUSE IGNORES LGBTQ PRIDE MONTH AGAIN, LEFTISTS OUTRAGED
Paul Bios for the Daily Wire reports, Remember when the Obama White House lit itself up in rainbow colors in honor of LGBT pride? Well, since the Trump administration will not follow in their footsteps, some on the Left are crying foul. See the report here: https://youtu.be/QhYw7LM5wzw
EXCEPT FOR MIKE PENCE'S STATEMENT 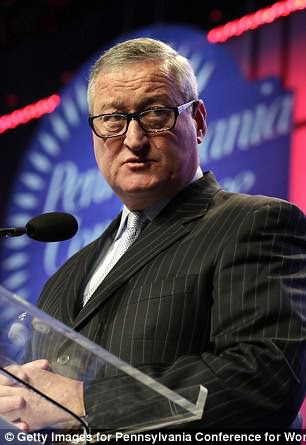 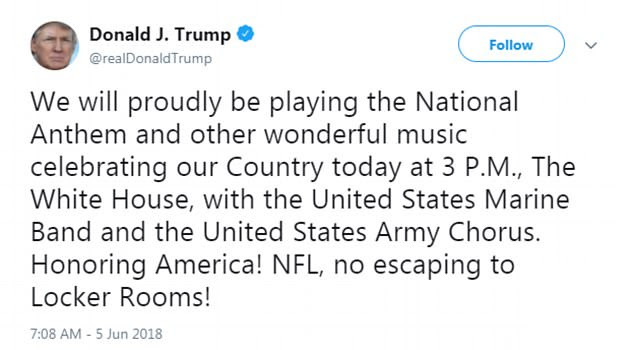 PHILADELPHIA MAYOR CLAIMS
"TRUMP NOT A TRUE PATRIOT"~
DEFENDS UNPATRIOTIC EAGLES TEAM;
CALLS TRUMP A FRAGILE EGOMANIAC
BY DAN LYMAN
SEE: https://newswars.com/mayor-of-sanctuary-city-philly-trump-not-a-true-patriot; republished below in full unedited for informational, educational, and research purposes:
Jim Kenney, mayor of sanctuary city Philadelphia, has waded into a dispute between President Trump and the Eagles football squad, accusing Trump of not being a "true patriot” for disinviting the team from a White House visit.
Some Eagles players have used the traditional invitation to make a political statement regarding their opposition to the Trump administration and the President’s staunch position on showing due respect for the National Anthem.
It is reported that the team planned to send less than 10 players to the event - an affront to more 1,000 fans expected to be in attendance.
The President preempted the organization’s maneuver, canceling their invitation and announcing that the gathering will instead be used to “honor our great country, pay tribute to the heroes who fight to protect it, and loudly and proudly play the National Anthem.”
Mayor Kenney, a Democrat, took the opportunity to signal his offense with the President’s decision and lob a variety of insults on behalf of his city, which has actively provided aid and shelter to criminal illegal aliens since 2014.
An official statement from the Philadelphia Mayor’s office reads as follows:
The Eagles call the birthplace of our democracy home, so it’s no surprise that this team embodies everything that makes our country and our city great. Their athletic accomplishments on the field led to [a] historic victory this year. Fans all across the country rallied behind them because we like to root for the underdog and we feel joy when we see the underdogs finally win. I’m equally proud of the Eagles’ activism off the field. These are players who stand up for the causes they believe in and who contribute in meaningful ways to their community. They represent the diversity of our nation—a nation in which we are free to express our opinions.
Disinviting them from the White House only proves that our President is not a true patriot, but a fragile egomaniac obsessed with crowd size and afraid of the embarrassment of throwing a party to which no one wants to attend.
City Hall is always open for a celebration.
The City of Philadelphia and the Department of Justice are currently locked in a legal battle over the federal government’s move to withhold funding from cities which do not cooperate with federal immigration enforcement - otherwise known as ‘sanctuary cities.’
After a brief period in 2015 when former mayor Michael Nutter reversed the city's sanctuary policies, Mayor Kenney immediately reinstated them on his first day in office.
Philadelphia’s Office of Immigrant Affairs website explains: “There is no legal or uniform definition of what constitutes a ‘sanctuary city.’ We do not use that term. We are a ‘Welcoming City.’ We do not allow our City employees, including police officers, to ask about the documentation status of people they encounter.”
The modified event for Eagles fans will take place at 3 p.m. on Tuesday at the White House, where the United States Marine Band and United States Army Chorus are slated to perform patriotic American music.
Dan Lyman:
_____________________________________________________________

SEE: https://www.infowars.com/watch-president-trump-participates-in-the-celebration-of-america/; republished below in full unedited for informational, educational, and research purposes:
Instead of hosting Super Bowl LII winners the Philadelphia Eagles at the White House Tuesday, the President has instead opted to host a parade celebrating America.
Watch the festivities below:
On Monday Trump announced he would no longer host the Eagles at the White House after only 10 players agreed to attend.
“The Eagles wanted to send a smaller delegation, but the 1,000 fans planning to attend the event deserve better,” Trump wrote in a statement.
“These fans are still invited to the White House to be part of a different type of ceremony–one that will honor our great country, pay tribute to the heroes who fight to protect it, and loudly and proudly play the National Anthem. I will be there at 3:00p.m. with the United States Marine Band and the United States Army Chorus to celebrate America.” 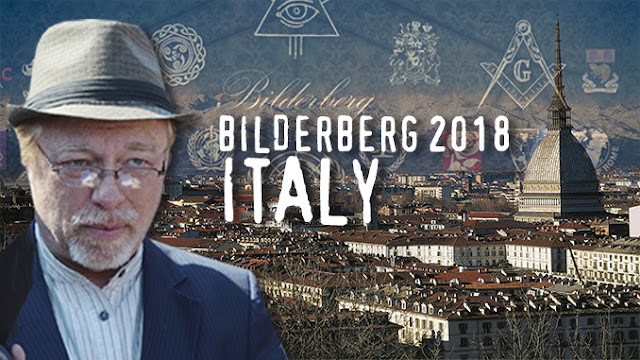 From Hungary to France, far-right nationalists are winning elections or gaining new ground across Europe.
Here is a quick primer on some of the populist leaders from across the continent, what they believe, and what they have done or want to do.
Viktor Orban – Hungary, Fidesz
Threatening to shut down NGOs that help refugees
• Running state backed hate campaign against George Soros
• Removing constitutional checks and balances
We have replaced a shipwrecked liberal democracy with a 21st-century Christian democracyViktor Orban
Matteo Salvini – Italy, Lega
Leader of Italy’s junior governing party
• Has pledged to deport 500,000 irregular migrants
• Says joining the euro was a mistake
• Wants to end sanctions against Russia
The only antidote to racism is to control, regulate and limit immigrationMatteo Salvini
Heinz-Christian Strache – Austria, FPO
• Wants to drive Islam out of public life Austria
• Threatening mosque closures
• Wants to end sanctions against Russia
Let us put an end to this policy of Islamisation as soon as possibleHeinz-Christian Strache
Marine Le Pen – France, Front National
Runner-up in French presidential election
• Wants policies to favour ‘native’ French
• Says she would hold an EU referendum
• Wants to deport irregular migrants
I’m not offended when I hear President Donald Trump say ‘America first’. In fact, I want America first for the American people, I want Britain first for the British people and I want France first for the French peopleMarine Le Pen……

BILDERBERG GLOBALISTS CONCERNED ABOUT POPULIST UPRISING IN EUROPE~ELITIST CONFAB SET TO MEET IN TURIN, ITALY
BY PAUL JOSEPH WATSON
SEE: https://www.infowars.com/bilderberg-globalists-concerned-about-populist-uprising-in-europe/; republished below in full unedited for informational, educational, and research purposes:
Bilderberg globalists are concerned about the populist uprising sweeping Europe.
The annual elitist confab is set to meet this week in Turin, an appropriate venue given that Italy has just elected an anti-mass migration, eurosceptic coalition government.
According to the group’s official website, the number one topic of conversation at this year’s secretive meeting will be “populism in Europe”.
Having failed to install a former IMF technocrat after coalition talks between the 5 Star Movement and Lega parties temporarily broke down, globalists will undoubtedly be expressing alarm at the potential for Italy to be an example to the rest of Europe.
The country’s new populist government has vowed to deport 500,000 migrants, re-assert localism over globalization & monopoly capitalism, monitor mosques and reinvigorate the country’s Christian heritage, all policies that directly contradict the neoliberal globalist consensus that Bilderberg represents.
The list of attendees for this year’s Bilderberg conference, which begins on Thursday, has also been released, a roster that journalist Charlie Skelton describes as @fascinating & high-powered.”

Twitter Ads info and privacy
The clandestine group is also set to discuss, “The US before midterms” and the “post-truth world,” which includes efforts to combat so-called “fake news”.
Although the mainstream media habitually dismisses Bilderberg as a mere “talking shop” with no actual power, there are innumerable examples of the group exerting its influence over world affairs.
In 2010, former NATO Secretary-General and Bilderberg member Willy Claes admitted that Bilderberg attendees are mandated to implement decisions that are formulated during the annual conference of power brokers. If this is the case, it would violate laws in numerous countries that forbid politicians from being influenced by foreign agents in secret.
In 2009, Bilderberg chairman Étienne Davignon even bragged about how the Euro single currency was a brainchild of the Bilderberg Group.
FULL LIST OF BILDERBERG 2018 ATTENDEES

Zeiler, Gerhard (AUT), President, Turner International
Posted by John at 9:11 AM Links to this post