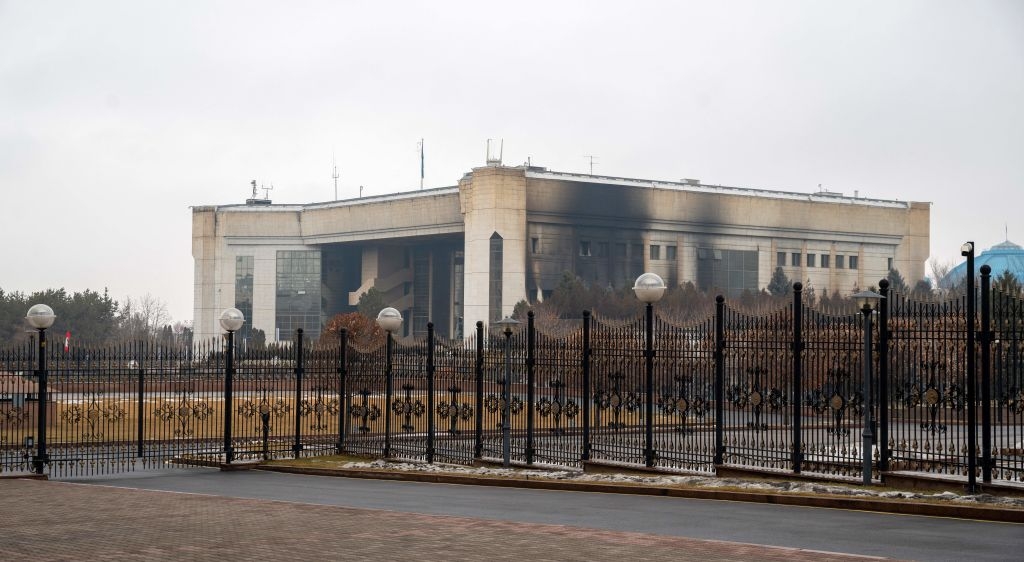 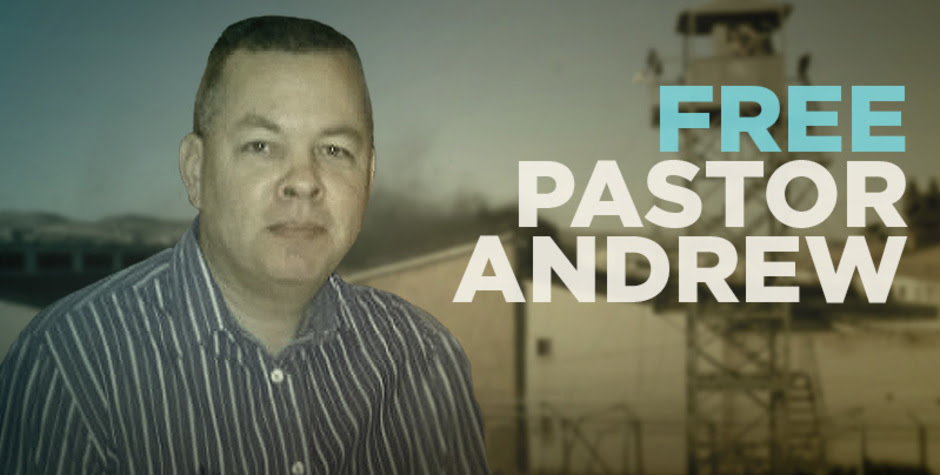 BY ROBERT SPENCER
SEE: https://www.jihadwatch.org/2018/07/trump-united-states-will-impose-large-sanctions-on-turkey-for-their-long-time-detainment-of-pastor-andrew-brunson;
BY ROBERT SPENCER
SEE: https://www.jihadwatch.org/2018/07/islamic-republic-of-iran-christians-seized-from-homes-pastor-arrested-and-tasered-despite-offering-no-resistance; republished below in full unedited for informational, educational and research purposes:
The Islamic Republic of Iran is deeply threatened by Christians and Christianity, and persecutes them harshly. The contrast is stark: in the West, many imams in mosques preach death to the Jews, and are either ignored or even defended in the establishment media. In Iran, meanwhile, Christians don’t preach that anyone should suffer harm, and are arrested and persecuted, while the global “human rights watchdogs” generally look the other way.
“Christians in Iran Seized from Homes, including Violent Imprisonment of Pastor,” Morning Star News, July 25, 2018:

(Morning Star News) – Three Christians in Iran were arrested from their homes today and yesterday following the violent arrest of pastor Yousef Nadarkhani on Sunday (July 22), according to advocacy group Middle East Concern (MEC).
Pastor Nadarkhani, a convert from Islam like the others arrested, was awaiting a summons to begin a 10-year prison sentence after his appeal of a conviction for “propagating house churches” and promoting “Zionist Christianity” was upheld in May.
“Around 10 police officers arrived at the house and physically assaulted Yousef’s son when he opened the door to them,” MEC reported. “Both Yousef and his son were tasered, despite offering no resistance. The manner of their arrest was probably an attempt to intimidate the Christian community, but their friends report that the church has not given in to fear.”
Pastor Nadarkhani was sentenced on July 6, 2017, along with fellow converts from Islam Yasser Mossayebzadeh, Mohammadreza Omidi and Saheb Fadaie. Mossayebzadeh was arrested from his home today, and Omidi and Fadaie were arrested from their homes yesterday evening (July 24), according to MEC.
Pastor Nadarkhani ad [sic] Omidi were also sentenced to two years of internal exile, according to MEC.
“Both will serve this sentence in the south of Iran, far away from their families in Rasht,” the group reported in a press statement.
The three Christians arrested today and yesterday have been taken to Evin Prison in Tehran to join Pastor Nadarkhani, who has been put in a “quarantine” ward normally reserved as a form of punishment, according to MEC.
“Please pray that the Lord will comfort and strengthen those arrested and their families and that the Christian community in Iran will trust the Lord and not be intimidated,” MEC’s statement read, also requesting prayer that “Iranian authorities will treat converts and other religious minorities with respect, and that they and their families will not be wrongly and aggressively handled.”
The four Christians were arrested in Rasht on May 13, 2016 during a series of raids by security agents on Christian homes, according to advocacy group Christian Solidarity Worldwide (CSW). They were sentenced by Judge Ahmadzadeh, head judge of the 26th Branch of the Islamic Revolutionary Court in Tehran, who is accused of miscarriages of justice and is subject to financial sanctions in the United Kingdom, according to CSW.
“Their appeal hearing on 13 December 2017 took place before Judge Hassan Babaee and Judge Ahmad Zargar, both of whom are alleged to have played prominent roles in the crackdown on freedom of expression in Iran,” CSW said in a press statement.
Judge Zargar, a Hojjatolislam (clerical position immediately below an ayatollah), was among several Iranian officials deemed responsible or complicit in serious human rights violations in 2012, according to CSW. He was also one of six judges accused in 2014 of lacking judicial impartiality and overseeing unjust trials of journalists, lawyers, political activists and members of Iran’s ethnic and religious minorities, the group reported.
“The national security charges leveled against these men were spurious, and their sentences are excessive, amounting to a criminalization of Christian practice,” CSW Chief Operating Officer Scot Bower said in the press statement. “We are calling for the unconditional release of Pastor Nadarkhani, and for his sentence and those of Mr. Omidi, Mr. Mossayebzadeh and Mr. Fadaie to be quashed.”… 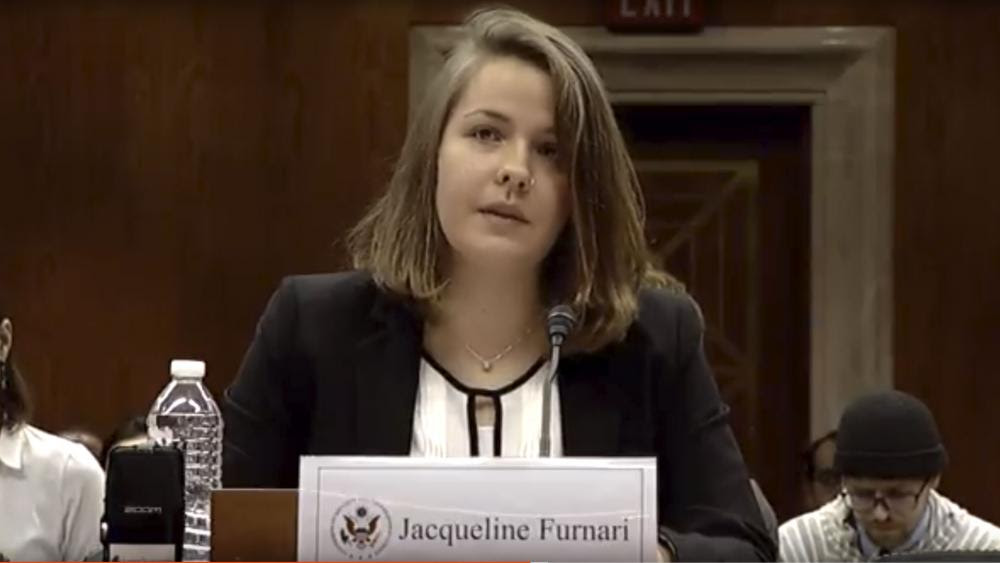 'Shock and Betrayal' Andrew Brunson's Daughter Dismayed by Father's Imprisonment, Still Waiting for Her Father to Walk Her Down the Aisle

Posted by John at 4:10 PM Links to this post 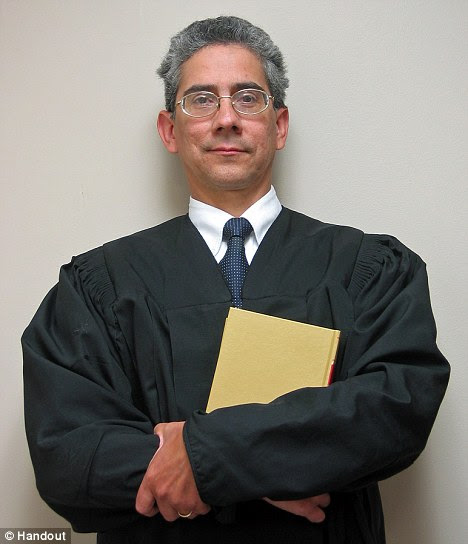 JUDGE SAYS PARENTS CAN REMOVE THEIR CHILDREN FROM SCHOOL IF THEY DON'T LIKE "TRANSGENDER" RESTROOM USE POLICY
BY HEATHER CLARK
SEE: https://christiannews.net/2018/07/27/judge-says-parents-can-remove-their-children-from-school-if-they-dont-like-transgender-restroom-use-policy/; republished below in full unedited for informational, educational and research purposes:
PORTLAND, Ore. — A federal judge in Oregon has rejected a lawsuit filed by concerned parents who challenged a school district’s policy allowing those with gender dysphoria to use the restroom and locker room that aligns with their gender identity, stating that if parents object, they have a right to remove their child from school, but have no power over the policies once they choose to send them.
“Parent Plaintiffs seek to expand their right and exercise control over district’s decision-making authority embodied in the plan. It is within Parent Plaintiffs’ right to remove their children from Dallas High School if they disapprove of transgender student accessto facilities. Once the parents have chosen to send their children to school, however, their liberty interest in their children’s education is severely diminished,” wrote U.S. District Judge Marco Hernandez, appointed to the bench by then-President Barack Obama.
“Plaintiffs allege that they ‘have a fundamental right to determine whether and when their children will have to risk being exposed to opposite sex nudity at school, as well as a fundamental right to determine whether their children, while at school, will have to risk exposing their own undressed or partially unclothed bodies to members of the opposite sex,'” he noted, but pointed to the 2005 Ninth Circuit decision of Field v. Palmdale School district, which concluded that parents have a right to decide where to send their children to school, but not to direct how they are taught once they get there.
“Plaintiffs cite no case standing for the proposition that parents retain the right to prevent transgender students from sharing school facilities with their children,” Hernandez wrote. “As the Ninth Circuit explained in Fields, Parent Plaintiffs’ Fourteenth Amendment liberty interest in the education and upbringing of their children ‘does not extend beyond the threshold of the school door.'”
The coalition Parents for Privacy, which is comprised of current and former students and their parents, the group Parents’ Rights in Education, along with three individual plaintiffs, had filed a legal challenge against Dallas School District No. 2 and the Oregon Department of Education in November after the restroom policy was implemented.
According to reports, the policy was created to accommodate a female student who identifies as a boy, so that she would be able to use the boys’ locker rooms and restrooms. The student, who goes by the name Elliot Yoder, was a senior at the time and has since graduated.
“These students have the sincere religious belief that they must not undress, or use the restroom, in the presence of the opposite biological sex, and also that they must not be in the presence of the opposite biological sex while the opposite biological sex is undressing or using the restroom,” the legal challenge from the plaintiffs read.
They also stated that, as a result of the new policy, “biologically male and female students … have experienced, or may experience, embarrassment, humiliation, anxiety, fear, apprehension, stress, degradation, and loss of dignity because they will have to use locker rooms, showers and restrooms with a student of the opposite sex.”
However, Judge Hernandez dismissed the groups’ religious liberty and right to privacy infringement claims, but instead ruled that not allowing students with gender dysphoria to use their preferred facilities would not only violate Title IX of the Education Amendments of 1972, but would also be “harmful” to “transgender” students.
“Forcing transgender students to use facilities inconsistent with their gender identity would undoubtedly harm those students and prevent them from equally accessing educational opportunities and resources. Such an injunction or district policy would punish transgender students for their gender non-conformity and constitute a form of sex stereotyping,” he wrote.
Read Hernandez’ ruling in full here.
It is not yet known whether the parents plan to appeal. However, Gary McCaleb, an attorney Alliance Defending Freedom, told the New York Times that “[t[he Oregon ruling treats sex as if it were determined by a person’s perception of their masculinity or femininity, rather than the objective fact that a person is either male or female.”
Posted by John at 2:20 PM Links to this post