ED STETZER STICKS UP FOR PRO-CHOICE STUDENTS, CALLS PRO-LIFE SPEAKER TOO "PROVOCATIVE"
SEE: https://pulpitandpen.org/2019/01/16/ed-stetzer-sticks-up-for-pro-choice-students-calls-pro-life-speaker-too-provocative/;  republished below in full unedited for informational, educational and research purposes:
Wheaton College is so theologically messed up that it has handed over the Billy Graham Center to Ed Stetzer, who has subsequently trotted in the Mystichicks (Moore, Voskamp, Caine) to disciple and teach the students. Ed Stetzer has been on the wrong side (and the money-making side) of every evangelical controversy in the last fifteen years. And most recently, Stetzer is defending pro-choice Wheaton students who melted like snowflakes over a pro-life speaker giving them the facts on abortion.
In an article at Christianity Astray, Stetzer begins by clarifying that Wheaton’s official position is pro-life. This is called being website orthodox, referring people to a statement, confession, or hyperlink, that supposedly proves your orthodoxy. This is Stetzer’s way of defending pro-choice students and their pro-choice point of view while saying to anyone questioning the decision, “We are all pro-life here, so there’s nothing to see, Citizen…move along.”
Of course, Stetzer’s proposition that Wheaton faculty are all pro-life because they abide by a document on Wheaton’s website somewhere is spurious. Remember the hijab-wearing Muslim professor who claimed that Muslims and Christians worshipped the same God? Yeah, that was at Wheaton. So I think it’s safe to assume that their “our college officially believes this, so that’s all there is to it,” stops at hijab-wearing Muslim professors. You’ll have to forgive us for being incredulous.
For those who don’t know, Ryan Bomberger was recently asked to speak at Wheaton on the topic of abortion and race at the request of the College Republicans. His talk was entitled, “Black Lives Matter In and Out of the Womb.” It’s here that you can cue the outrage, and as you can imagine among Generation Snowflake, it went over like a lead balloon.
The weeping and wailing and gnashing of teeth could be heard all the way from Stetzer’s Beth Moore lined office.. The Student Government Association, with the help of two staff members (Peter Hansen and Crystal Cartwright) of the Office of Student Activities, sent out an email denouncing Bombgarner. It was signed by students, Lauren Rowley (Student Body President), Tyler Waaler (Student Body Vice President) and Sammie Shields (EVP of Community Diversity), and the letter claimed that his comments “made many students, staff and faculty of color feel unheard, underrepresented and unsafe on our campus.”
Bomberger, by the way, is black. So then, the news media picked up the story because it’s pretty hilarious that someone considerably more “black” than Kyle J. Howard would make students of color feel “underrepresented.” To which all God’s people said under their breath, idiots.
Who comes to the rescue but Ed Stetzer?
Rushing in on his gallant white surfboard upon which he rides all the major waves of culture, Stetzer claimed that Bomberger’s message wasn’t the problem but something (he doesn’t know what) that he said afterward must have been the problem and that he must have been “provocative.”
But Stetzer is not defending the pro-choice position. No, sir. He’s pro-life because that’s the official position of Wheaton College. He’s only defending the snowflake students swooning on the fainting couches in their safe spaces because the pro-life speaker gave them emotional boo-boos.
Of the pro-life speaker, Stetzer wrote…

If disagreement is unsafe, then Wheaton is unsafe. If you don’t like people challenging your ideas when you are intentionally provocative, this is not the place to come and speak.

What a Judas Priest, that guy.
He continued…

You see, we debate ideas here at Wheaton, and our students felt that some of Bomberger’s comments after the talk were unhelpful and dismissive, not about abortion, but about other issues of concern to them.
Honestly, I would not have used the charged word “safe” that the students used in that email, but it does convey the kind of place we want Wheaton to be—a safe place to debate ideas and a safe place for people of color.

It doesn’t really sound like ideas are debated at Wheaton. It sounds like they’re raising a generation of fragile crybabies, whose professors stick binkies in their mouths instead of making them grow up and deal with facts like black babies being slaughtered at enormously disproportionate rates.
Posted by John at 11:33 AM Links to this post

CHINESE REWRITE BIBLE TO MAKE IT MORE COMMUNIST
SEE: https://pulpitandpen.org/2019/01/18/chinese-rewrite-bible-to-make-it-more-communist/;  republished below in full unedited for informational, educational and research purposes:
[Lifesite News] BEIJING, January 18, 2019 (LifeSiteNews) – As it arrests Christian pastors, vandalizes or destroys Christians churches, and demands control over Christian leaders, the Chinese government is also altering Christian scriptures to suit its tastes.
In 2018, the Communist Chinese government embarked on a five-year plan to make Christianity more compatible to what it sees as authentic Chinese and socialist values. Stephen Mosher, author of Bully of Asia: Why China’s Dream Is the New Threat to World Order, told LifeSiteNews that altering the Bible is part of this plan.
“It is part of a larger effort in China to sinicize all religions, at the same time bringing them into line with Communist ideology,” Mosher said by email.
“So far, it is (1) no longer possible to buy a copy of the Bible online [in China], (2) existing copies of the Bible are being confiscated whenever the authorities come across them, and (3) there are new versions of all sacred texts – Christian, Buddhist, Muslim, etc. – that reinforce Communist ideology in the making,” he continued.
Bob Fu, a Chinese Evangelical pastor, testified at the U.S. House of Representatives last year that one of the ways China hopes to make Christianity more “Chinese” is to retranslate the Old Testament and write new commentaries on the New Testament.
“The plan made it clear that ‘Sinicization of Christianity’ means to change ‘Christianity in China’ into ‘Chinese Christianity,'” Fu told members of the House Foreign Affairs’ Subcommittee on Africa, Global Health, Global Human Rights, and International Organizations last September.
The scheme emphasizes that “the heart and soul of Christianity’s Sinicization is to Sincize the Christian theology” and wants even to “re-translate the Bible or re-write biblical commentaries.”
Fu said a retranslation would involve a summary of the Old Testament with Buddhist scripture and Confucian teachings.
The pastor told The Christian Post that there are official guidelines “that the new Bible should not look westernized and [should look] Chinese and reflect Chinese ethics of Confucianism and socialism.”
“The Old Testament will be messed up. The New Testament will have new commentaries to interpret it.”
To continue reading, click here…
[Editor’s Note: This article was written by Dorothy Cummings McLean and first published at LifeSiteNews. This HT is not an endorsement of LifeSiteNews]
___________________________________________________________________
CHRISTIANITY TO BE MIXED WITH BUDDHISM TO MAKE IT "CHINESE CHRISTIANITY", AGREEABLE TO THE COMMUNIST STATE

SEE ALSO: https://prophecyinthenews.com/world_news/china-may-rewrite-bible-to-include-buddhist-teachings-infuse-worship-songs-with-chinese-elements/;
EXCERPT: "The plan, finalized at a meeting this March, proposes “cultivating and implementing the socialist core values” and will be supervised by the national religious affairs bureau. “Every province, autonomous region and municipality’s TSPM and CCC seminaries and churches will cooperate with it,” according to Fu." A public institution demands its Party members sign their names after watching a “Party micro-lecture,” to make sure that all have been acquainted with the atheist propaganda. Propaganda material distributed to teachers in a school of northeastern China quotes Xi Jinping’s call for party members “to be unyielding Marxist atheists, strictly abide by regulations of the Party Constitution, strengthen their conviction and ideals, keep the Party’s goal firmly in mind, and not seek for values and beliefs from religions.”
Posted by John at 11:08 AM Links to this post

DR. DON BOYS: "WHAT DOES THE LGBTQ CROWD REALLY WANT?" 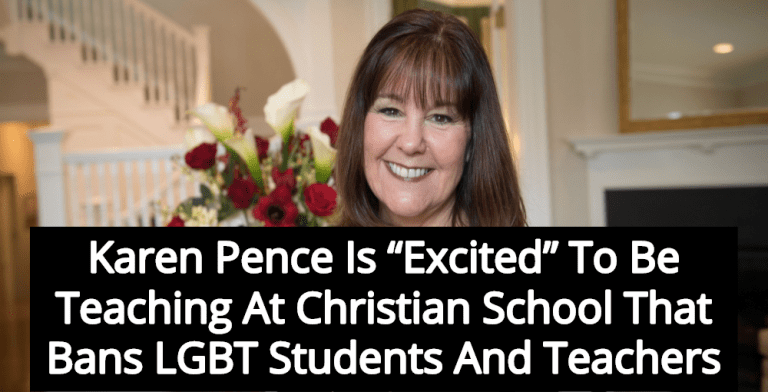