APOSTATE EX "CHRISTIAN" KATY PERRY CASHES IN ON CLINTON SUPPORT~BESIDES CASH, CAN YOU JUST IMAGINE THE QUID PRO QUO OF THE REST OF THIS DEAL?

BILL, KEEP YOUR HANDS OFF KATY! 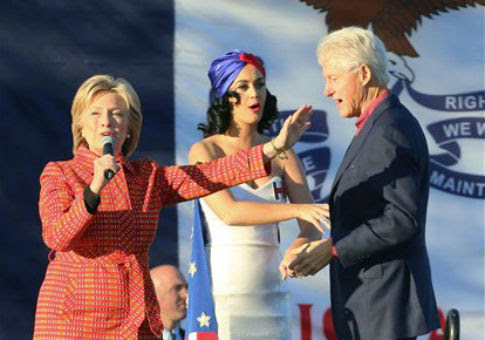 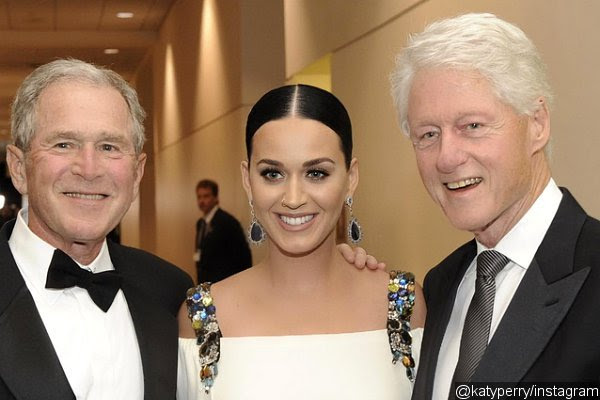 "KITTY PURRY" & KATY PERRY
NOT FOR MINORS OR ADULT CHILDREN EITHER IT TAKES A VILLAGE??? NO IT DOESN'T!
BEWARE: THESE ARE NOT HOUSEHOLD PETS!
THEY ARE DEVILISH HARLOTS, WILLING TO PROSTITUTE THEMSELVES!
THESE SOCIALIST CATS CAN BE ESPECIALLY VICIOUS WITH PATRIOTS, CONSTITUTIONALISTS, CHRISTIANS, AND VETERANS
TWO SATANIC WITCHES WITH THE SAME IDEOLOGY, BELIEFS, AND "MODUS OPERANDI", READY TO DESTROY AMERICA 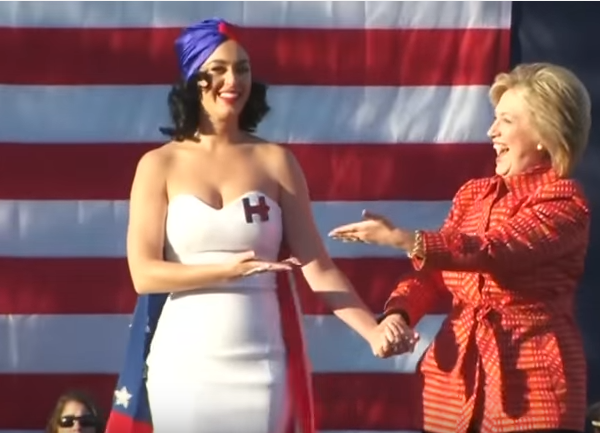 Pop star Katy Perry’s company has been paid nearly $200,000 by the campaigns of presidential candidates she has endorsed, including Hillary Clinton, public records show.
Perry endorsed Clinton in October. Two months later, the Hillary for America campaign reported paying Perry’s company, Kitty Purry Inc., about $70,000 for “event production.”
It was not immediately clear which event that referred to or what services Perry’s company provided. Neither the Clinton campaign nor Perry’s manager responded to questions about the arrangement.
Perry has headlined Clinton campaign events, including an Iowa rally in late October. She and Elton John will perform a concert for campaign donors next month.
Clinton’s campaign is not the first to enlist the services of Perry’s company. Barack Obama’s reelection campaign paid Kitty Purry Inc. more than $128,000 for a host of services related to a campaign event.
Those payments were made weeks after the president was reelected.
The Obama campaign reported paying the company on Nov. 26, 2012 for event site rental, staging, sound, lighting, travel, and lodging. It was not clear which event those payments financed.
Perry was a high-profile Obama supporter during the 2012 campaign, even donning an Obama-themed dress, complete with campaign slogan “Forward,” during a concert at an Obama rally in Wisconsin.
Perry is one of a number of high-profile celebrities who have endorsed Clinton, but she has drawn fire from others in the music industry for her support of the former Secretary of State.
On Wednesday, singer and songwriter Ryn Weaver accused the Clinton campaign of paying for Perry’s endorsement.