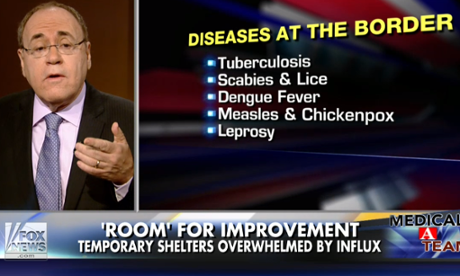 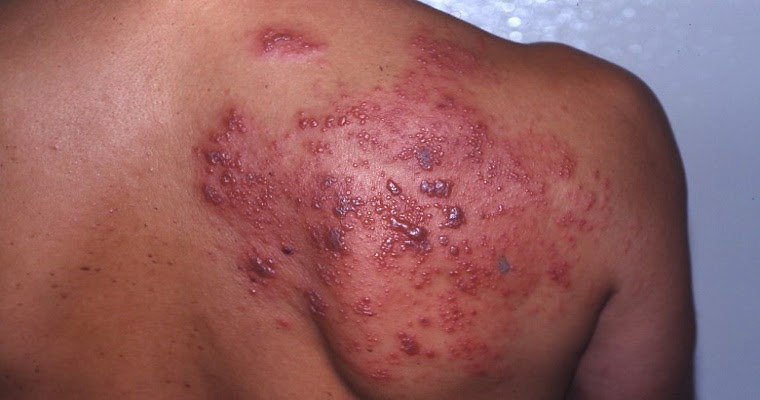 ABOVE: SCABIES FROM MITES: 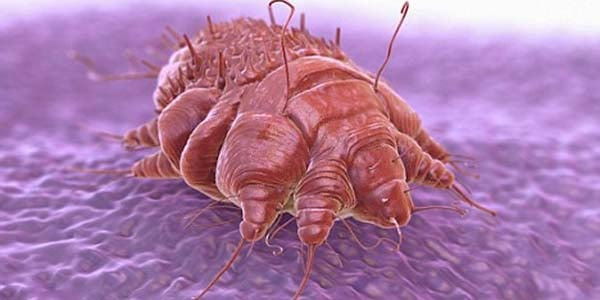 BELOW: SIGNS OF TUBERCULOSIS

TWO MONTH JOURNEY FROM EL SALVADOR
Published on Jun 27, 2016
Infowars Reporters Adan Salazar, Jakari Jackson, and Michael Zimmermann were shooting reports at the Texas / Mexico border when they came across a large group of illegal immigrants that had crossed the border just minutes before. 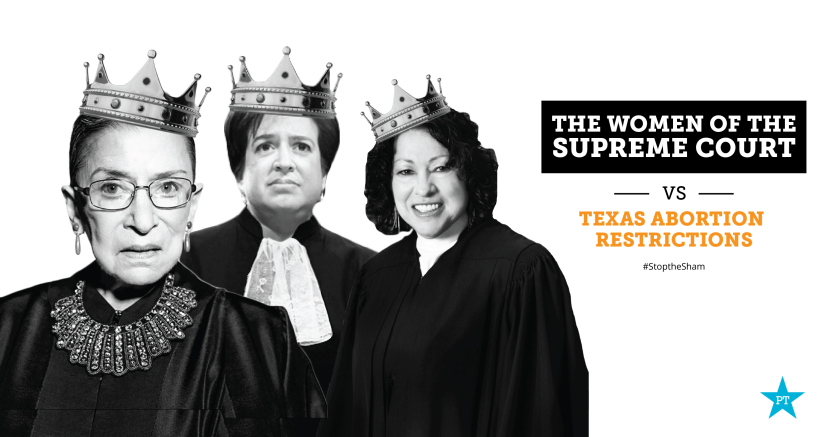 CONCERNS RAISED AS TRUMP IS SILENT ON SUPREME COURT RULING STRIKING DOWN TEXAS ABORTION LAW
BY HEATHER CLARK
SEE: http://christiannews.net/2016/06/28/concerns-raised-as-trump-silent-on-supreme-court-ruling-striking-down-texas-abortion-law/;
Posted by John at 3:59 PM Links to this post

AGAINST GUNS, BUT NOT MUSLIM JIHADISTS

AGAINST REPUBLICANS, BUT NOT MUSLIM JIHADISTS
A REGISTERED DEMOCRAT, OMAR MATEEN, MASSACRED 49 AT PULSE NIGHT CLUB

Barbara Poma, center, the owner of Orlando's Pulse nightclub, rides on a float during the 2016 New York City Pride March on Fifth Avenue in Manhattan on Sunday, June 26, 2016.

PULSE NIGHT CLUB OWNER WAS IN THE LEAD FLOAT AT THE PARADE
BELOW: BARBARA POMA (RIGHT) WITH RON LEGLER (LEFT)
CO-OWNERS OF THE PULSE NIGHT CLUB
SEE: http://heavy.com/news/2016/06/pulse-nightclub-orlando-florida-owners-barbara-poma-ron-legler-shooting-brother/;
QUOTES: "In addition Pulse, Poma is involved with several other establishments as well. Wildside Bar & Grille restaurants, as well as Pacino’s Italian Ristorante are listed on her Linked In page as being owned by her company RB Management. Prior to being involved in the nightclub scene, Poma worked as a teacher."
"Ron Legler has had his hand in several projects in his career. Legler is the President at the Hippodrome Theatre at the France-Merrick Performing Arts Center and President for the France-Merrick Performing Arts Center at Broadway Across America."

NEEMA BAHRAMI, "ENTERTAINMENT MANAGER" WITH POMA
FROM: http://t2conline.com/gay-pride-rally-drag-march-and-stonewall-inn-make-history/
QUOTE:
"People dressed in drag saw the march as especially important this year because gay mecca Stonewall Inn was declared a national monument. The march, started in Tompkins Square Park, and ended at the Stonewall Inn.The owner of Pulse, Barbara Poma, and the club’s entertainment manager, Neema Bahrami, were honored guests at the rally. “I’m here today because I want you to know that Orlando and the world’s gay community are strong and united,” said Ms Poma. “We will not allow evil to prevail.” Marchers wore orange bandanas as they enter the event to show solidarity with the Pulse victims and their families and the movement to end gun violence. There was a moment of silence as the names of all 49 victims flashed on a screen." 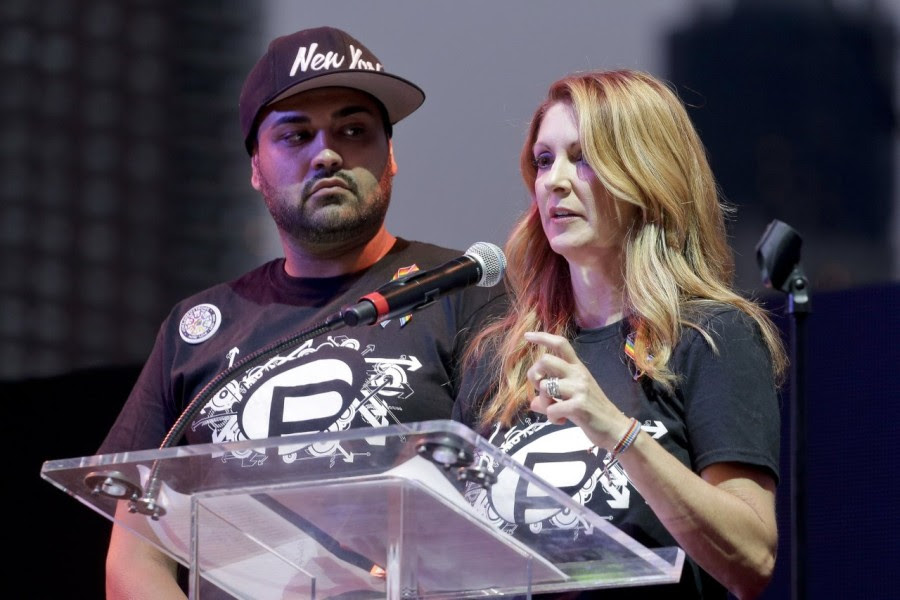 GRIEF BUT NOT REPENTANCE FOR FACILITATING & ENABLING SINFUL PERVERSION AT PULSE;
CREATED "A SAFE HAVEN"
FOR THE GAY COMMUNITY TO HOOK UP

"OUR CLUB ARE OUR CHURCHES, OUR TEMPLES, OUR PLACES OF CONGREGATION & CELEBRATION. INSTEAD OF PASTORS & PREACHERS, WE HAVE DRAG QUEENS & KINGS. HOLY COMMUNION IS THE __WHISKEY. THE SPIRIT COURSES THROUGH THE VEINS OF EVERYONE DANCING. AND JUST LIKE A CHURCH, "PULSE" HAS A COMMUNITY. THIS IS WHERE OUR BABY TIKES & DIKES COME TO EVOLVE INTO ANY VERSION OF QUEER THEY WANT TO BE."
AFTER READING THE LIST OF THE DEAD, POMA & BAHRAMI SPEAK TO CROWD 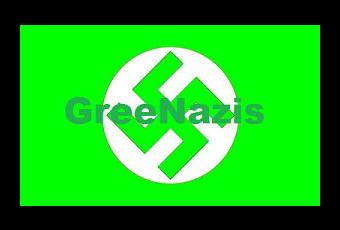 Democratic operatives responsible for creating their party’s platform this year have unanimously adopted a provision calling for the Department of Justice to investigate companies who disagree with Democrats on global warming science.
A panel of Democrats voted Friday to approve a final draft of the party’s platform to promote “Progressive Democratic Values,” which apparently includes investigating energy companies who “misled” shareholders about global warming.
“Another joint proposal calling on the Department of Justice to investigate alleged corporate fraud on the part of fossil fuel companies who have reportedly misled shareholders and the public on the scientific reality of climate change was also adopted by unanimous consent,” according to the Democratic National Convention’s website.
The drafting committee, led by DNC Chairwoman Debbie Wasserman Schultz and Maryland Rep. Elijah Cummings, has decided to back ongoing investigations by mostly Democratic state attorneys general into Exxon Mobil’s stance on global warming.
Currently, AGs from California, Massachusetts, New York and the U.S. Virgin Islands have launched investigations of Exxon, and at least two AGs have demanded records on conservative think tanks and scientists skeptical of global warming. Such targeting has only fueled calls that these investigations are an attack on free speech.
New York AG Eric Schneiderman was the first to launch an investigation into Exxon, based on reporting from eco-left wing reporters at Inside Climate News and Columbia University. Schneiderman hosted a conference in March with other AGs to announce more investigations into Exxon.
Republican lawmakers and AGs have pushed back, calling the investigations into Exxon and think tanks an assault on free speech.
Some Republican AGs recently warned their liberal counterparts that if skeptics can be investigated for misrepresenting global warming, alarmists can be as well.
“If it is possible to minimize the risks of climate change, then the same goes for exaggeration,” Republican AGs wrote. “If minimization is fraud, exaggeration is fraud.”
Democrats have largely scoffed at free speech arguments, saying Exxon and others were committing fraud by disagreeing with the Obama administration over the severity of global warming and the effects of potential climate policies.
“As Democrats, we believe that our country’s greatest strength is its people, and we’re committed to the values of inclusion and opportunity for all,” Wasserman Schultz said in a statement. “Our candidates ran strong campaigns that addressed the priorities of the American people, and I am proud to say that the drafting process has reflected our commitment as a party to elevating their voices.”
The draft party platform now needs approval from the full platform committee in Orlando in July. That document will then need approval at the Democratic National Convention later that month.
The Democratic platform didn’t just embrace prosecuting skeptics, it also approved a provision to get rid of fossil fuels by 2050.
“Moving beyond the ‘all of the above’ energy approach in the 2012 platform, the 2016 platform draft re-frames the urgency of climate change as a central challenge of our time, already impacting American communities and calling for generating 50 percent clean electricity within the next ten years,” reads the platform summary.
“The Committee unanimously adopted a joint proposal from Sanders and Clinton representatives to commit to making America run entirely on clean energy by mid-century, and supporting the ambitious goals put forward by President Obama and the Paris climate agreement,” according to the platform.

THE CHURCH OF THE NAZARENE'S STEPS TOWARD EMBRACING HOMOSEXUALITY

BY ROBERT SPENCER
SEE: https://www.jihadwatch.org/2016/06/petition-for-new-brexit-vote-gets-39411-signatures-from-vatican-city-pop-800; republished below in full unedited for informational, educational, and research purposes:

This reminds me of Left-fascist Nick Lowles’ Hope Not Hate petition to ban me from the UK, which gained an extraordinary number of signatures in a very short time, no doubt including many more people than had ever actually heard of my existence — and was never examined by parliamentary authorities. Clearly the European political and media elites are scrambling to maintain their hegemony amid increasing popular discontent with, among other things, their suicidal Muslim immigration policies. Even if they force what is already a shattered dhimmi Britain to remain in the EU, their hegemony is inexorably crumbling.
“Second referendum petition: At least 77,000 ‘fake’ signatures removed hours after inquiry launched,” by Luke Heighton, Telegraph, June 26, 2016 (thanks to Blazing Cat Fur):

Parliamentary authorities have moved swiftly to remove around 77,000 allegedly fake signatures from an online petition which calls for a re-run of the Brexit referendum.
It follows a formal inquiry launched less than three hours earlier, amid claims some of the more than three million signatures it has gained since Friday may be fraudulent.
A statement posted on the House of Commons’ petitions committee Twitter account on Sunday afternoon said: “We are investigating allegations of fraudulent use of the petitions site. Signatures found to be fraudulent will be removed”.
It came as the ‘EU Referendum Rules triggering a 2nd EU Referendum’ petition posted on the UK Government and Parliament Petitions website showed a suspicious number of signatures attributed to places outside the UK – in some cases more than their total population.
Some 39,411 residents of Vatican City, home to Pope Francis, appeared to have signed the petition by Sunday morning, despite the tiny city state having a total population of just 800.
In isolationist North Korea, one of the least internet-connected countries in the world, 23,778 people had apparently gone online to express their frustration at the UK’s decision to quit the EU.
Located 800 miles south east of the Falklands, and with a permanent population of zero, the South Atlantic British Overseas Territory of South Georgia and the Sandwich Islands was responsible for more than 3,000 signatures
That was some 300 more than those coming from the British Antarctic Territory, which though home to some 400 researchers also has no settled population of its own.
Signatories are also recorded in places as far flung as the Caribbean island of Aruba (101), Bermuda (564), China (432), Hong Kong (2,089), Japan (742) Venezuela (24) and the South Pacific Islands of Tuvalu (18), Wallis and Fortuna (8) and Vanuatu (31).
Overall, close to 2.5 million signatures had been added from within the UK by midday on Sunday, making up an overwhelming proportion of the whole….

BY KURT NIMMO
SEE: http://www.infowars.com/eu-response-to-brexit-totalitarian-super-state/;
Posted by John at 9:08 AM Links to this post