3,000 YAZIDI SEX SLAVES MISSING & FEARED DEAD
BY CHRISTINE DOUGLASS-WILLIAMS
SEE: https://www.jihadwatch.org/2019/03/3000-yazidi-sex-slaves-missing-and-feared-dead;  republished below in full unedited for informational, educational and research purposes:
3000 Yazidi sex slaves are lost and feared dead. This story should be in headlines everywhere. Is it? Are the lives of Yazidi girls and women so valueless in the eyes of the Western media? Add to that the fact that thousands of other Yazidi sex slaves who were tortured and murdered. Where also are the human rights activists? Why do they ignore these victims of jihad terror and abuse?

FEARS are mounting for thousands of Yazidi women who were captured and used as sex slaves by ISIS fighters.
Figures suggest almost 10,000 Yazidis have either been killed or kidnapped by ISIS and there are horrifying accounts of mass rape.
Many Yazidis have been able to flee the clutches of the terror group as it defends its final remaining stronghold in Baghouz, eastern Syria, from the US-backed Syrian Democratic Forces.
One Yazidi woman held as a sex slave by ISIS burnt her veil after being freed from the town this week.
But families of around 3,000 others still missing fear they may never see their loved ones again.
“We have had the same number of missing for years now. The problem is, not many are coming back,” Ahmed Burjus, deputy executive director of Yazda, a Yazidi advocacy group told The Independent.
“We were hoping that many people would be liberated from Baghouz, but only 50-60 [Yazidis] have escaped.”
The Yazidis are a religious sect whose beliefs combine elements of several ancient Middle Eastern religions.
But ISIS considers them devil worshippers and its attacks on the group were condemned as a “genocide” by the United Nations.
Salwa Sayed al-Omar spent years as a prisoner of ISIS but she escaped its clutches this week.
She fled its last populated enclave in east Syria along with two Iraqi boys pretending to be her brothers.
RAPED BY JIHADISShe said: “A woman was shifted from one man to another unless it was to one who had a bit of mercy… if she was in good condition, she would carry on.
“If not, she would get married to avoid being abused.”
Omar was eventually married to a Tajik jihadist but she escaped along with two Iraqi children, Mustafa and Dia, who had been her neighbours.
Dr Paul Stott, from the Henry Jackson Society think-tank, told The Sun Online: “At least 3,000 Yazidis are missing from this period. Many will be dead…..

SAUDI KING CALLS FOR "COMBATING HATE SPEECH & TERRORISM THAT IS NOT CONDONED BY RELIGIONS"
BY ROBERT SPENCER
SEE: https://www.jihadwatch.org/2019/03/saudi-king-calls-for-combating-hate-speech-and-terrorism-that-is-not-condoned-by-religions; republished below in full unedited for informational, educational and research purposes:
Apparently, terrorism that is condoned by religions is fine with him, as in “strike terror in the enemies of Allah” (Qur’an 8:60).
And by “hate speech” he likely means honest discussion of how Islamic jihadis use the texts and teachings of Islam to justify violence. 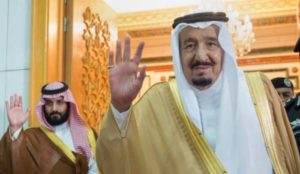 Saudi Arabia’s King Salman reacting to the attacks on two mosques in New Zealand tweeted that it was a terrorist attack and called on the international community to combat hate speech and terrorism.
The tweet read: “The heinous massacre that targeted worshippers in the mosque in New Zealand is a terrorist act, and it reaffirms the responsibility of the international community in combating hate speech and terrorism that is not condoned by religions or the values of tolerance.”…

INCITEMENT TO GENOCIDE OF JEWS IS WIDESPREAD INSIDE MOSQUES IN THE U.S.~FALSE DICHOTOMY: QANTA AHMED'S DENIAL OF THE REALITY OF ISLAMIC ANTI-SEMITISM

Despite 9/11, the US still is still unable to tackle the Islamic threat in the country, an investigative journalist and expert on Arab affairs warns.
Exactly what happened in the mosques in France 15 years ago is happening today in the U.S., says Israeli investigative journalist and Arab Affairs expert Zvi Yehezkeli.
In this video, Yehezkeli, who went undercover in the U.S. last year, says anti-Semitism and incitement to genocide of Jews have become prevalent in mosques across the country, while the American government remains unaware.
The Jewish community has not responded either, he adds.
Despite 9/11, the US is still unable to tackle the situation, and the writing is on the wall, Yehezkeli warns….

"THE MODERN FICTION KNOWN AS 'ISLAMISM'", COVERS UP THE VIOLENCE OF ISLAM ITSELF
A FALSE DICHOTOMY Qanta Ahmed’s Denial of the Reality of Islamic Anti-Semitism

BY MATEEN ELASS
SEE: https://www.jihadwatch.org/2019/03/qanta-ahmeds-denial-of-the-reality-of-islamic-anti-semitism; republished below in full unedited for informational, educational and research purposes:
Qanta Ahmed is a poised and eloquent defender of “moderate” Islam. A British-American pulmonologist now serving as an Associate Professor of Medicine at the State University of New York, she also describes herself as a specialist in the study of Islamism as contrasted with Islam.
Recently, she has written opinion pieces firmly skewering Rep. Ilhan Omar (D-MN) for her incontrovertible anti-Semitism and the Democrat Party for failing to promptly (or even belatedly) reprimand her for her bigotry and put her on notice concerning any future slurs. One such piece appeared Feb. 14th in the Daily Caller by the title “Ilhan Omar Brings Shame To American Muslim, which Robert Spencer, Director of JihadWatch, so ably pilloried in a post on Feb. 2oth. A few days ago, the Fox News website carried her message under the lengthy banner “Ilhan Omar is an anti-Semite who brands criticism of her as anti-Muslim bigotry – but she’s the real bigot.”
In my opinion, Ahmed diagnoses the problem correctly, but she gets the etiology wrong. That is, she rightly condemns the anti-Semitic hatred of Ilhan Omar’s statements, but she wrongly attributes that antipathy to a modern fiction known as “Islamism” rather than to orthodox Islam itself. Since Ahmed clings to a belief in Islam as “moderate”, she cannot allow herself to see that the problem of Omar’s anti-Semitism finds its roots in the Qur’an and Sunna of Muhammad.
Ahmed declares, in purported contrast to Omar, “I don’t hate Jews and I don’t hate the Jewish state of Israel.” In fact, she goes on to say,

I have studied the Koran and know it says Jerusalem belongs the Jews. The Koran devotes an entire chapter to the Children of Israel – and considers the Israelites to be a nation bestowed with special Divine favor. 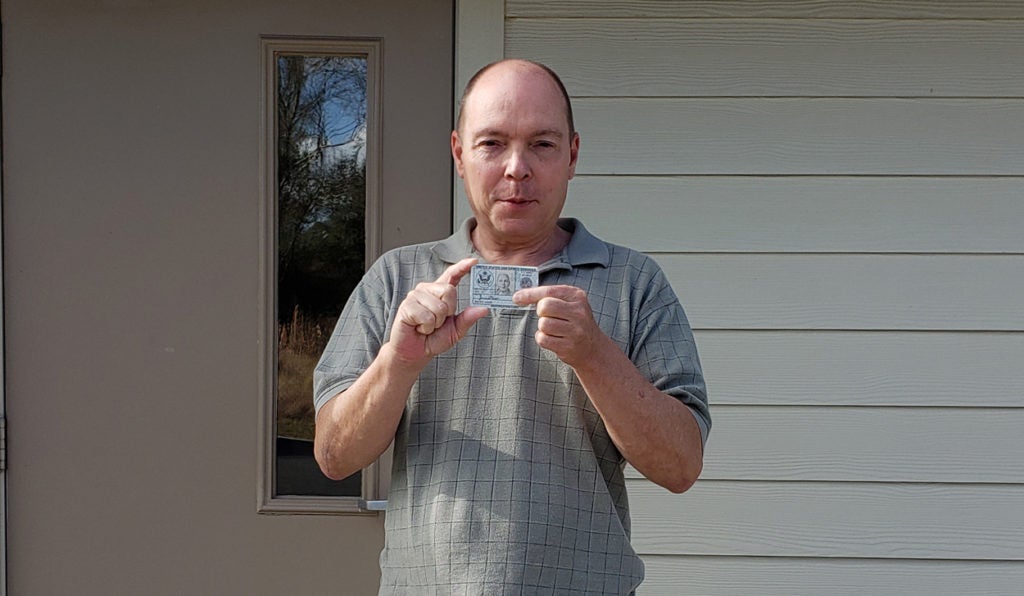 FORMER TRANSGENDER SPEAKS
SEE: http://the-trumpet-online.com/former-transgender-speaks/; republished below in full unedited for informational, educational and research purposes:
Posted by John at 11:15 AM Links to this post