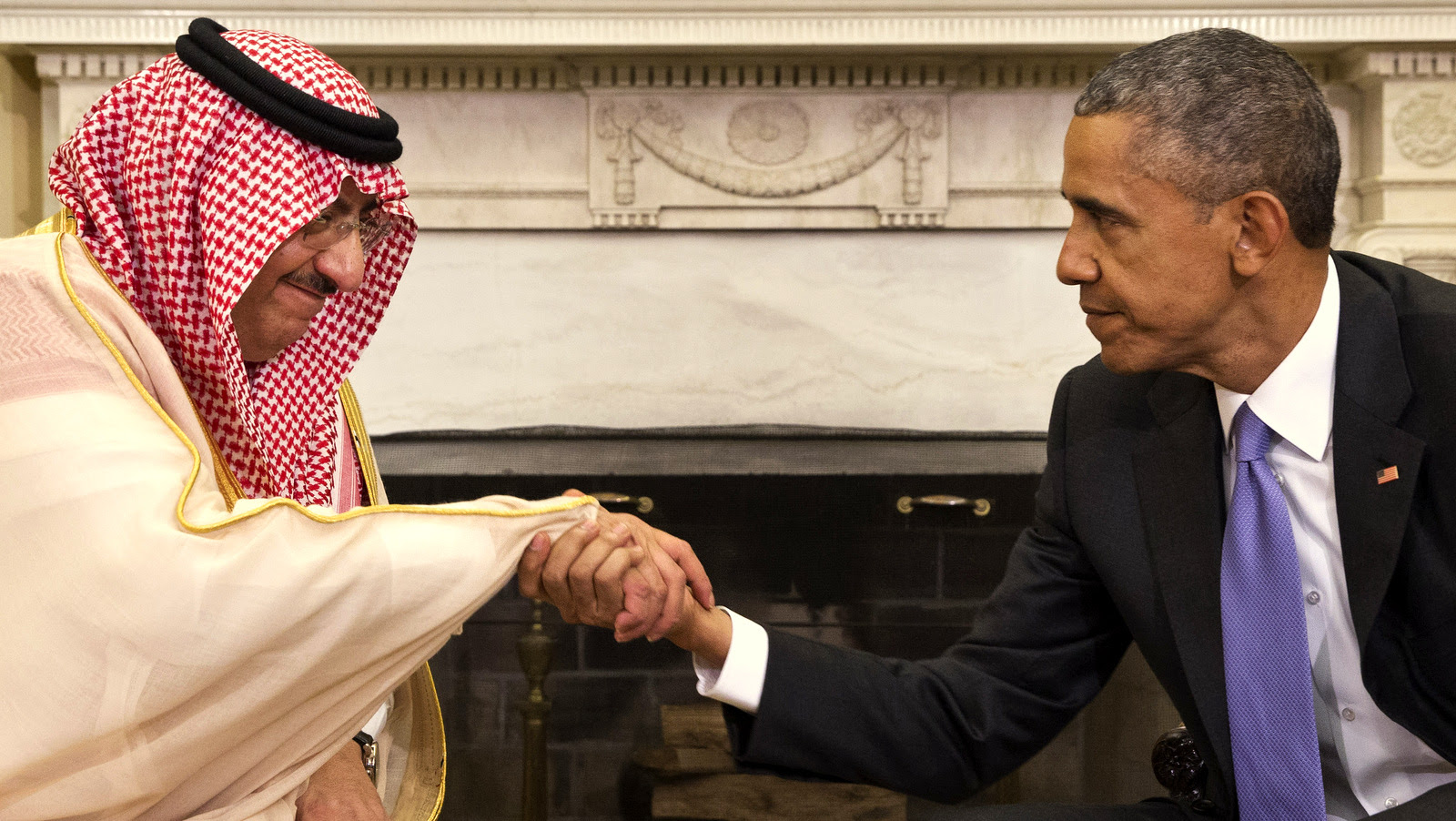 SAUDI ARABIA THREATENS TO CRASH
THE DOLLAR IF CONGRESS EXPOSES
THEIR ROLE IN 9/11 ATTACKS
BY JAY SYRMOPOULOS
SEE: http://www.activistpost.com/2016/04/saudi-arabia-threatens-to-crash-dollar-if-exposed-for-role-in-911.html; republished below in full unedited for informational, educational, and research purposes:

A bombshell report by the New York Times has revealed that Saudi Arabia, the third largest holder of U.S. Treasury bills in the world behind China and Japan, has warned the Obama administration and Congress that they will begin liquidating their U.S. assets if Congress passes a bill allowing for the Saudi government to be held responsible for their role in the terror attacks of 9/11.
Make no mistake that this is blackmail, as the Saudis are estimated to hold three-quarters of a trillion dollars in T-bills and the sudden divestment would almost certainly crash the dollar as well as global markets along with it.
Perhaps this explains Obama’s unwavering support for the Wahhabi regime, as congressional aides and administration officials have confirmed that the President has been lobbying Congress to block passage of the bill. Administration officials have warned Senators that if the Saudis make good on their threat, there would be extreme economic and diplomatic fallout.
The bill before the Senate is meant to clarify that the immunity enjoyed by foreign nationals should not be applicable to cases where a nation is found responsible for a terrorist attack on American soil. If passed, the bill would effectively clear the way for the role of the Saudi government to be explored in the numerous lawsuits filed regarding 9/11.
Realizing their complicity in the events of 9/11 are on the precipice of being exposed, Saudi Arabia has gone into full panic mode. They are now threatening to liquidate hundreds of billion in U.S. denominated assets, and perhaps as much as $750 billion in U.S. T-bills (the NYT’s estimate of Saudi Treasury holdings).
During last month’s visit to Washington, Saudi Arabian Foreign Minister Adel al-Jubeir delivered a message from the Saudi King, reportedly “telling lawmakers that Saudi Arabia would be forced to sell up to $750 billion in treasury securities and other assets in the United States before they could be in danger of being frozen by American courts,” according to the NY Times.
The spectacular threat by the Saudis was not expected, as speculation about using divestment of T-bills as a weapon was largely thought of as a potential threat to be wielded by the Chinese in the event of a major geopolitical conflict with the United States. Surprisingly, it was the Saudis that are the first to threaten to use this potentially devastating economic weapon.
The threat is indicative of a continually deteriorating relationship with the Saudis, as the U.S. and the Kingdom have been at odds over how to deal with Iran. Many experts are skeptical of the threat by the Saudis due to the fact that the move, would in turn, decimate the Saudi Arabian economy, as their currency is pegged to the dollar.
According to the NY Times report:

Obama has been lobbying so intently against the bill that some lawmakers and families of Sept. 11 victims are infuriated. In their view, the Obama administration has consistently sided with the kingdom and has thwarted their efforts to learn what they believe to be the truth about the role some Saudi officials played in the terrorist plot.

Saudis Attempt $750B Blackmail Over Secret 28 Pages
Published on Apr 19, 2016
When it comes to allowing the American people to know what the 9/11 Commission said about Saudi involvements, the Senators running for President — Clinton, Sanders, Cruz — are either indifferent or oppose disclosure and compensation as the Saudi’s threaten economic blackmail.

It’s Time to Admit: The 9/11 Truthers Were Right!
Published on Apr 19, 2016
Among the numerous views held by those espousing “9/11 truth,” one central idea remains the same: The United States government is complicit in the September 11, 2001 terror attacks.

An article in the New York Post this week, boldly titled “How US covered up Saudi role in 9/11,” details how the highest levels of the US government not only helped conceal Saudi involvement but assisted the perpetrators in escaping the country.http://www.infowars.com/its-time-to-a...
http://www.infowars.com/saudi-arabia-...

What's in the 28 Pages?
Published on Apr 19, 2016
“These 28 pages are explosive,” he said. “They name names of individuals complicit in the attacks. They’re all clearly identified – the facilitators and handlers for the hijackers, the financiers and bag men.”

“We’ve got to stop this madness. The Saudis are operating a massive counter-intelligence program against us, right here in America,” Sperry warned. “And we’re letting it happen.”

Saudi Threatens U.S Over 28 Pages
Published on Apr 18, 2016
On this Monday, April 18 edition of the Alex Jones Show, we cover “constitutionalist” Ted Cruz’s claim that he’s winning landslide victories in states which did not have elections. Also, world-renowned libertarian and Mises Institute president Lew Rockwell discusses the election fraud and investigative journalist Wayne Madsen reveals the link between Ted Cruz’s father and the JFK assassination. And Richard Reeves breaks down the latest news from the Trump campaign. Tune in!

U.S. Covered Up Saudi Role In 9/11!
Published on Apr 18, 2016
In its report on the still-censored “28 pages” implicating the Saudi government in 9/11, “60 Minutes” last weekend said the Saudi role in the attacks has been “soft-pedaled” to protect America’s delicate alliance with the oil-rich kingdom.

That’s quite an understatement.

Actually, the kingdom’s involvement was deliberately covered up at the highest levels of our government. And the cover up goes beyond locking up 28 pages of the Saudi report in a vault in the US Capitol basement. Investigations were throttled. Co-conspirators were let off the hook.

Case agents I’ve interviewed at the Joint Terrorism Task Forces in Washington and San Diego, the forward operating base for some of the Saudi hijackers, as well as detectives at the Fairfax County (Va.) Police Department who also investigated several 9/11 leads, say virtually every road led back to the Saudi Embassy in Washington, as well as the Saudi Consulate in Los Angeles.
By Paul Sperry
http://nypost.com/2016/04/17/how-us-c...
WASHINGTON — Saudi Arabia has told the Obama administration and members of Congress that it will sell off hundreds of billions of dollars’ worth of American assets held by the kingdom if Congress passes a bill that would allow the Saudi government to be held responsible in American courts for any role in the Sept. 11, 2001, attacks.
Mark Mazzetti | New York Times
http://www.infowars.com/saudi-arabia-...

Saudi Arabia is a Cancer on the World

EVANGELICALS ARE LOSING
THE BATTLE FOR THE BIBLE~
AND THEY'RE JUST FINE WITH THAT
BY JIM HINCH
SEE: http://lareviewofbooks.org/article/evangelicals-are-losing-the-battle-for-the-bible-and-theyre-just-fine-with-that; republished below in full unedited for informational, educational, and research purposes: 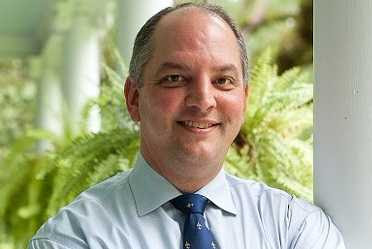 BATON ROUGE, La. — As promised, the Democratic governor of Louisiana has vetoed an executive order issued by former Gov. Bobby Jindal that provided religious liberty protections to objectors of same-sex “marriage.”
“I believe in giving every Louisianan the opportunity to be successful and to thrive in our state. Our goal is to promote the opportunities we have right here in Louisiana,” said Gov. John Bel Edwards, a Roman Catholic, in a statement on Wednesday. “While this executive order respects the religious beliefs of our people, it also signals to the rest of the country that discrimination is not a Louisiana value, but rather, that Louisiana is a state that is respectful and inclusive of everyone around us.”
Jindal, also a Roman Catholic, had issued an order last May after legislators failed to pass a religious freedom bill, the “Marriage and Conscience Act,” which was struck down in a House committee 10-2.
“[I]t is of preeminent importance that government take no adverse action against a person, wholly or partially, on the basis that such person acts in accordance with his religious belief that marriage is or should be recognized as the union of one man and one woman, but that this principle not be construed to authorize any act of discrimination,” it read in part.
Jindal also explained in a statement that the executive order would “prohibit the state from denying or revoking a tax exemption, tax deduction, contract, cooperative agreement, loan, professional license, certification, accreditation, or employment on the basis the person acts in accordance with a religious belief that marriage is between one man and one woman.”
On Wednesday, Edwards condemned Jindal’s order, stating that it “was meant to serve a narrow political agenda.”
“It does nothing but divide our state and force the business community, from Louisiana’s smallest businesses to large corporations like IBM, to strongly oppose it,” he said. “This executive order threatens Louisiana’s business growth, and it goes against everything we stand for—unity, acceptance, and opportunity for all.”
Edwards was referring to businesses that had expressed objections expressed over Jindal’s order, including IBM, which asserted that it would “create a hostile environment for our current and prospective employees.”
Those who support Edwards’ move likewise claim that Jindal’s religious liberty order was harmful to the economy.
“Businesses like Moonbot must do everything we can to attract top creative talent to Louisiana. The Marriage and Conscience Order sanctions unfair discrimination and prevents growth in Louisiana’s creative economy,” Lampton Enochs, CEO of Moonbot Studios, said in a statement released by Edwards’ office.
In rescinding Jindal’s order, Edwards issued his own order declaring that government officials may not act adversely in employment matters over the person’s “sexual orientation” or “gender identity,” and bars those who contract with the state from doing the same. It provides an exemption for churches and faith-based organizations.
Some expressed disappointment in Edwards’ order, such as the Louisiana Family Forum (LFF) in Baton Rouge.
“LFF condemns harassment and intentional discrimination, but this executive order necessarily introduces sexual politics into the workplace, a legally undefined protected category, and invites unnecessary legal claims simply on the basis of personal disagreements,” it said in an email on Wednesday.
“Ironically, while other states are seeking to protect people of faith, Louisiana Governor John Bel Edwards seems to be using his executive power to silence those same people of faith,” LFF stated. “The religious exemption contained in the governor’s order is extremely narrow and ignores the multitude of good people of our state who are employed by Louisiana’s largest employer, state government, but who also hold sincerely held religious beliefs with regard to sex outside of the confines of natural lifelong marriage.”

Posted by John at 9:44 AM Links to this post