LAURA LOOMER AT WOODLAND HILLS, CALIFORNIA: HILTON HOTEL HOSTS A TERRORIST FUNDRAISER FOR HAMAS-LINKED "CAIR" & REP. ILHAN OMAR;
JEWISH CITIZENS & OTHERS STAGE PROTEST
Like this video? Support my independent journalism here: https://loomer.revv.co/general-funds Follow me on Instagram: https://www.instagram.com/loomered HILTON HOTEL HOSTS HAMAS! On February 23, 2019, Ilhan Omar was the keynote speaker at the CAIR banquet in Woodland Hills, California. Hassan Shibly, CAIR Florida's Executive Director also spoke at the fundraiser. He is currently suing the Trump administration for the ISIS bride, and often represents family members of terrorists who have murdered innocent Americans. CAIR, known as the Council on American Relations, has been designated as a terrorist organization in United Arab Emirates. CAIR claims to be “America’s largest Islamic civil liberties group,” but in 2007, the U.S. government labeled CAIR a co-conspirator in the Holy Land Foundation terrorism trial for financing HAMAS. Along with being classified as a terrorist organization in the United Arab Emirates in 2014, CAIR has been labeled as a Muslim Brotherhood entity by the United States Justice Department and was found by a federal judge, the U.S. Attorney Generals office, and the Fifth Circuit Court of appeals as having direct ties to Hamas. On July 1, 2009, U.S. District Court Judge Jorge Solis upheld CAIR’s designation as a co-conspirator, saying there was “ample evidence” linking CAIR to Hamas. Hamas has also been classified as a designated terrorist organization by the U.S. State Department and is listed as a co-conspirator in the Holy Land Foundation HAMAS terror funding trial in 2008, which is the largest terrorism financing case in U.S. history. In the Covenant of Hamas, which outlines the goals and motive of Hamas and its members, it states that one of its main goals in the destruction of Israel. After the Department of Justice found CAIR conspired with terrorist organizations like HAMAS and the Muslim Brotherhood, the FBI severed ties with CAIR, saying it “does not view CAIR as an appropriate liaison partner.” The long term plan of the Muslim Brotherhood and their allies is outlined in the Explanatory Memorandum, a document discovered by the FBI in a 2004 raid in Annandale, Virginia in the home of a senior Muslim Brotherhood official. The Explanatory Memorandum explains step by step how Muslims will implement their take over of America. CAIR is a Muslim Brotherhood operation, and they endorsed Ilhan Omar and gave her campaign money when she was running for office. Why is the Hilton Hotel hosting a terrorist fundraiser? And why is a US Congresswoman who is on the House Foreign Affairs Committee speaking at a terrorist fundraiser? Who is Ilhan sharing our classified information with? Want to see more videos like this? Please Support my Independent Journalism https://loomer.revv.co/general-funds SUBSCRIBE TO MY WEBSITE https://www.lauraloomer.us Follow me on social media https://www.instagram.com/loomered/ https://www.facebook.com/lauraloomero... https://gab.com/lauraloomer https://www.minds.com/lauraloomer I AM BANNED ON TWITTER & PAYPAL! Video Produced by Illoominate Media and folkLoreAmericana
Posted by John at 1:54 PM

Luke 13:9-"and if it bears fruit next year, fine; but if not, cut it down."Matthew 7:15-20-"Beware of the false prophets, who come to you in sheep's clothing, but inwardly are ravenous wolves. You will know them by their fruits. Grapes are not gathered from thorn bushes nor figs from thistles, are they? So every good tree bears good fruit, but the bad tree bears bad fruit."

John 15:5-"I am the vine, you are the branches; he who abides in Me and I in him, he bears much fruit, for apart from Me you can do nothing.2 Corinthians 6:14-18 - Be ye not unequally yoked together with unbelievers: for what fellowship hath righteousness with unrighteousness? And what communion hath light with darkness?

ANTI-CHRIST POPE FRANCIS DELIVERS SATANIC FALSE PROPHECY:
"CO-EXISTENCE BETWEEN CHRISTIANS & MUSLIMS
'IS A BEAUTIFUL FLOWER THAT PROMISES
TO BEAR FRUIT'"
BY ROBERT SPENCER
SEE: https://www.jihadwatch.org/2019/04/pope-coexistence-between-christians-and-muslims-is-a-beautiful-flower-that-promises-to-bear-fruit;
republished below in full unedited for informational, educational and research purposes:
When? Where? When has it ever borne fruit? Where and when, in the 1,400-year history of jihad, have Christian lands near Muslim lands ever been left alone by the Muslims? When, in that 1,400-year history, have Christians living in Muslim lands ever been granted equality of rights and been treated as full citizens? The Pope is guilt-tripping Christians into accepting mass Muslim migration into Europe while ignoring the history of Islam and denying the doctrines of Islam, and demanding that everyone believe that the situation will be different this time, despite the absolute lack of any reason to believe that it will be.
Is he bent on destroying Europe as a home for free societies and obliterating the remnants of Christendom? That certainly will be the result if his exhortations are heeded.
“Leave them; they are blind guides. And if a blind man leads a blind man, both will fall into a pit.” (Matthew 15:14) 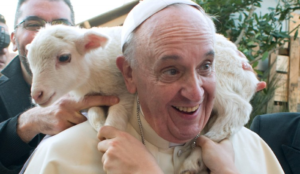 “Pope: coexistence with Muslims ‘is a beautiful flower that promises to bear fruit,'” Asia News, April 1, 2019 (thanks to Lookmann):

Vatican City (AsiaNews) – Coexistence between Christians and Muslims “is a beautiful flower that promises to bear fruit. We must not give up!” knowing that“ there will still be difficulties, many difficulties because unfortunately, there are intransigent groups ”.
Pope Francis confirmed his belief in dialogue on his return from Morocco, a country where “there is freedom of worship, there is religious freedom”, in speaking with journalists during the flight back to Rome. He also said that “now we see the flowers, the fruits will come later. But the flowers are promising ”.
Always, “when there is a fraternal dialogue, there is a relationship at various levels”. “For example: the joint appeal for Jerusalem was a step forward made not by an authority of Morocco and an authority of the Vatican, but by believing brothers who suffer seeing this” City of hope “that is not yet as universal as we all desire it to be: Jews, Muslims and Christians. We all want this. And this is why we have signed this desire: it is a desire, a call to religious fraternity that is symbolized in this city that is all ours. We are all citizens of Jerusalem, all believers ”.
“With Muslim brothers and sisters, we sealed this fraternity in the Abu Dhabi document, and here in Morocco, with this we have all seen a freedom, a welcome, all brothers with such great respect.” “We have seen that it is better to sow hope, to go hand in hand, always ahead”. In Morocco, he said, we have seen, “even in the dialogue we need bridges and we feel pain when we see people who prefer to build walls. Why do we feel pain? Because those who build walls will end up being prisoners of the walls they have built ”.
He later went on to say “but something else is concerning to me: the regression of us Christians when we take away freedom of conscience. Think of the Christian doctors and hospital institutions that do not have the right of conscientious objection, for example, for euthanasia. How? The Church has moved on and you Christian countries go backwards? Think of this because it is a truth. Today, we Christians have the danger that some governments will take away our freedom of conscience, which is the first step toward freedom of worship. The response isn’t easy. But, let’s not accuse Muslims. Let’s accuse ourselves also in these countries where this happens. It is a shame.”…

MEDICAL JIHAD IN THE MIDWEST AGAIN OHIO: MUSLIM DENTIST JOKES ABOUT TORTURING
HER ZIONIST PATIENTS "WITH MY PLEASURE"
BY ROBERT SPENCER
SEE: https://www.jihadwatch.org/2019/04/ohio-muslim-dentist-jokes-about-torturing-her-zionist-patients-with-my-pleasure;  republished below in full unedited for informational, educational and research purposes:
Nessreen Zayed describes herself on Linkedin as a dentist in the “Cincinnati, Ohio Area.” Is she employed? Is her employer aware of her intentions to harm her Zionist patients? Are her gleefully evil statements tolerated because any other course of action would be “Islamophobic”?
Zayed says she is “temporarily in the exile” in the United States. When she was admitted, doubtless her standing as a medical professional impressed those who were examining her case. They never would have dreamed of asking her what she thought about treating Jewish or pro-Israel patients. That would certainly have been an “Islamophobic” question.
But she has abundantly documented her sentiments herself, freely and voluntarily. Will any authorities take action? She should not be allowed to practice dentistry on anyone, Jewish or non-Jewish. Doctors and dentists should be immediately barred from practicing if they declare support for principles that violate the Hippocratic Oath.
And speaking of that, does Lara Kollab still have a license to practice medicine? If so, why?

Overview
Nessreen Zayed is a dentist who has joked about torturing “Zionists patients.” She has also expressed support for Hamas and anti-Israel terrorism.
Zayed endorsed United States Senate candidate Patrick Little, who ran as a Republican in 2018, promoting an anti-Jewish neo-Nazi platform.
Zayed has spread anti-Semitic conspiracy theories and is a prolific disseminator of Israel hatred on Twitter.
She has also promoted a 2018 petition started by Students for Justice in Palestine (SJP) at the University of California, Berkeley (UC Berkeley) demonizing pro-Israel students and calling to support SJP founder Hatem Bazian.
Zayed is a supporter of the Boycott, Divestment, Sanctions (BDS) movement and has also promoted anti-Israel events and activities on Twitter, organized by Al-Awda — the Palestinian Right to Return Coalition.
As of May 2018, Zayed’s Twitter bio said she was a “#Palestinian Dentist proud Muslim temporarily in the exile” and located in the “United States.”
Joking About Torturing Zionist Patients
On September 24, 2015, in response to a tweet that read:”@nzayed07 @onetripp This is for you Nessreen https://www.youtube.com/watch?v=bOtMizMQ6oM …” Zayed tweeted: “@AnarchoZionist @onetripp I loved the video I will enjoy doing this to Zionists patients with my pleasure

”
Zayed was responding to a tweet that linked to a scene from the movie “A Little Shop of Horrors” where a dentist played by Steve Martin joyfully inflicted pain on his patients.
Support For Hamas
On December 15, 2016, Zayed tweeted: “In solidarity with the people of #Aleppo during the 29th anniversary of the #Hamas movement in #Gaza. #aleppohasfallen.”
The tweet featured photos of demonstrators holding Hamas flags at the 29th anniversary of the movement’s founding.
On January 2, 2016, Zayed tweeted: “Heartbreaking, watch the funeral of the 17 martyrs killed by Israel last month.. God give their families strength 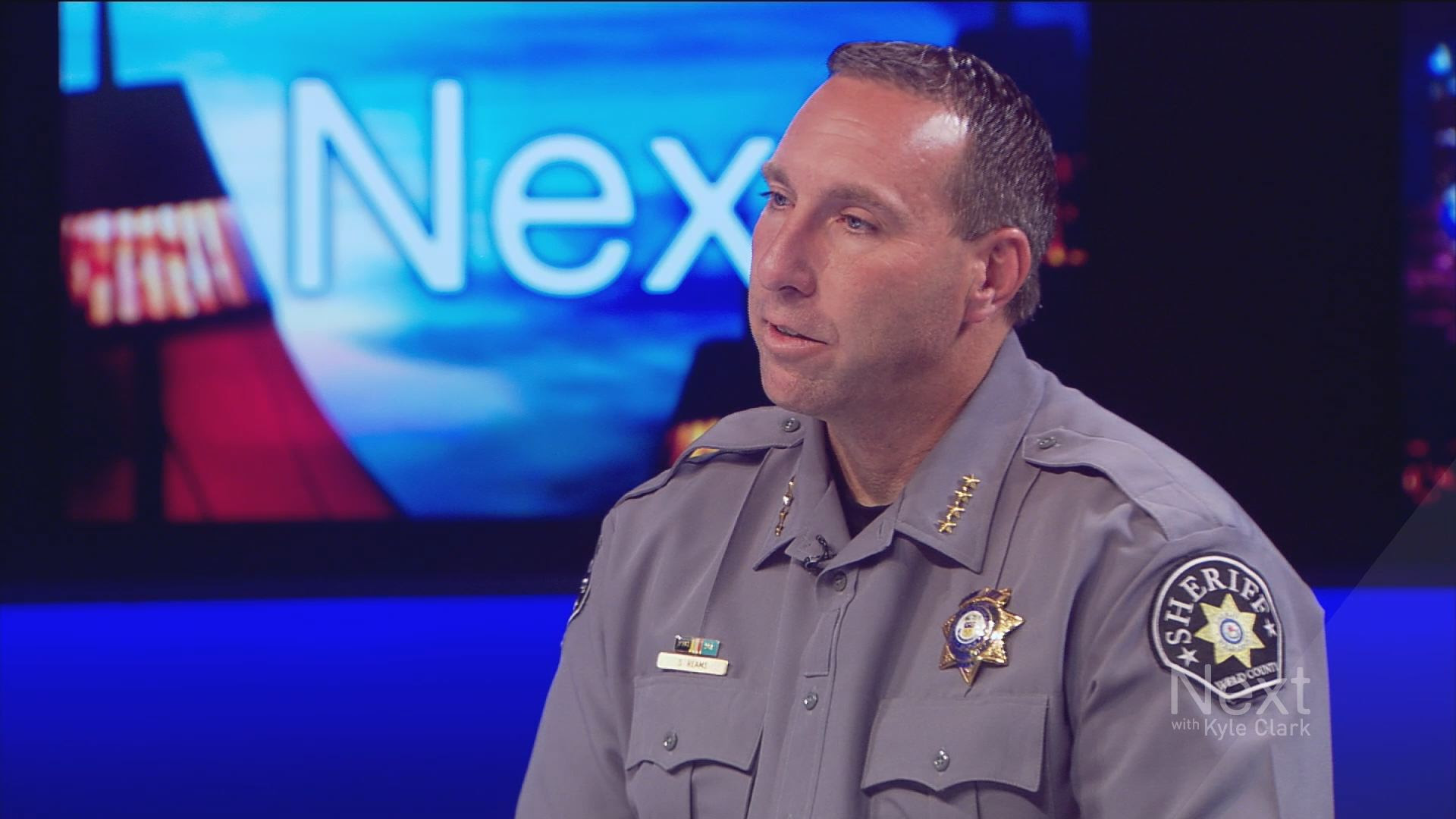