WARNING: FALSE TEACHER PROMOTES LICENSE TO SIN
HABITUAL CHEAT FAILS AGAIN!
HE JUST CAN'T HELP HIMSELF?
REPENTANCE FOR ONE AFFAIR, BUT ANOTHER COVERED UP;
"GRACE FOR THE PROMISCUOUS"?
James 3:2-"For in many things we offend all. If any man offend not in word, the same is a perfect man, and able also to bridle the whole body."

Galatians 3:3-"Are ye so foolish? having begun in the Spirit, are ye now made perfect by the flesh?"
2 Corinthians 7:1-"Having therefore these promises, dearly beloved, let us cleanse ourselves from all filthiness of the flesh and spirit, perfecting holiness in the fear of God."

John 17:23-"I in them, and thou in me, that they may be made perfect in one; and that the world may know that thou hast sent me, and hast loved them, as thou hast loved me."

Matthew 5:48-"Be ye therefore perfect, even as your Father which is in heaven is perfect."

1 John 5:18-"We know that whosoever is born of God sinneth not; but he that is begotten of God keepeth himself, and that wicked one toucheth him not."

Romans 6:1-7-"What shall we say then? Shall we continue in sin, that grace may abound?" God forbid. How shall we, that are dead to sin, live any longer therein? Know ye not, that so many of us as were baptized into Jesus Christ were baptized into his death? Therefore we are buried with him by baptism into death: that like as Christ was raised up from the dead by the glory of the Father, even so we also should walk in newness of life. For if we have been planted together in the likeness of his death, we shall be also in the likeness of his resurrection: Knowing this, that our old man is crucified with him, that the body of sin might be destroyed, that henceforth we should not serve sin. For he that is dead is freed from sin.

THIS TIME, IS IT "GLORIOUS" OR GRIEVOUS RUIN?

BILLY GRAHAM'S GRANDSON TULLIAN TCHIVIDJIAN FIRED BY WILLOW CREEK AFTER CONFESSING TO ANOTHER AFFAIR
BY HEATHER CLARK
SEE: http://christiannews.net/2016/03/18/billy-grahams-grandson-tullian-tchividjian-fired-by-willow-creek-after-confessing-another-affair/; republished below in full unedited for informational, educational, and research purposes:

WINTER SPRINGS, Fla. — Just over six months after hiring him as the Director of Ministry Development following his resignation as lead pastor of Coral Ridge Presbyterian Church upon admission of an affair, Florida’s Willow Creek Church has fired Tullian Tchividjian, the grandson of Billy Graham, as he has now confessed to a second inappropriate relationship.
As previously reported, Tchividjian, 43, the son of Virginia Graham, took over the pulpit of Coral Ridge Presbyterian Church in 2009 following the passing of founder D. James Kennedy. However, the selection divided the congregation, as some approved and others disapproved of his leadership. Several months after he accepted the job, Kennedy’s daughter and others began calling for his removal.
When a vote was taken over the matter and it was decided to keep Tchividjian as pastor, some left the church and started their own congregation.
As an author, Tchividjian wrote against what he saw as “spiritual performancism” and legalism in the Church, outlining his beliefs in the hyper-grace book “One Way Love: Inexhaustible Grace for an Exhausted World.”
“The Gospel of Jesus Christ announces that because Jesus won for you, you’re free to lose; because Jesus was strong for you, you’re free to be weak; because Jesus was extraordinary, you’re free to be ordinary; because Jesus succeeded for you, you’re free to fail,” he wrote.
Tchividjian announced in June that he had resigned as senior pastor of Coral Ridge after admitting to leadership that he had inappropriately become close to another woman after he discovered that his wife had been having an affair.
“I resigned from my position at Coral Ridge Presbyterian Church today due to ongoing marital issues,” he wrote in a statement. “As many of you know, I returned from a trip a few months back and discovered that my wife was having an affair. Heartbroken and devastated, I informed our church leadership and requested a sabbatical to focus exclusively on my marriage and family.”
“As her affair continued, we separated. Sadly and embarrassingly, I subsequently sought comfort in a friend and developed an inappropriate relationship myself,” Tchividjian continued. “Last week I was approached by our church leaders and they asked me about my own affair. I admitted to it and it was decided that the best course of action would be for me to resign.”
The former megachurch leader was then stripped of his ministerial credentials, and soon filed for divorce from his wife.
Less than two weeks after the filing, Willow Creek Presbyterian Church in Winter Springs announced that it had hired Tchividjian to serve as Director of Ministry Development. Some expressed concern over the timing of such a move.
“I understand that some might disagree with the timing. We sense genuine confession and contrition from Tullian, and are eager to welcome him to Willow Creek,” leader Kevin Labby said in defense of the decision. “We want to see the process of repentance continue in the context of a loving church family. We believe that it is important for the church to demonstrate faith in the reconciling power of the gospel by running toward those pastors caught in public scandal, not away from them.”
But on Thursday, Labby confirmed to reporters that the church has now fired Tchividjian as he confessed to another affair earlier this week. The affair reportedly had occurred before the last affair he confessed—and before he discovered that his wife was in a relationship with another man.
“When we heard the disclosures he made just a few days ago, the session acted within hours to end his employment at the church,” Labby told the Christian Post. “The disclosures that he made involved the fact that he had a previously unconfessed inappropriate relationship with another woman. He didn’t share specifics with us.”
“The feeling of the elders was that Tullian had a long period of time to share that with the church and for one reason or another he elected not to,” he said. “I can’t really comment on what motivated him to not come out with that, but one thing that led him to come out with the confession was the knowledge that there were rumors swirling in Florida where he was previously ministering.”
He outlined that while the elders of Willow Creek have terminated Tchividjian, “they have not distanced themselves from caring for Tullian and calling him to repentance.”
“The process of repentance is progressive and painful. It involves ongoing confession, not just of what’s going on in my life at the present but what’s happened in my life in the past,” Tchividjian said in a statement. “I am praying earnestly about what God would have me to do and remain wholeheartedly committed to the painful process of ongoing repentance that God began last summer. I am so sorry for how my sinful and selfish choices have hurt so many, especially my family. I kindly ask you to pray that God would bring real healing across the board.”
______________________________________________________

FAILURE TO ACKNOWLEDGE WEAKNESS
"There Are No Strong Christians" - Tullian Tchividjian
Published on Jul 24, 2014
Pastor Tullian says that the Christian life isn't a progression from weakness to strength. It's actually a progression from perceived strength to acknowledged weakness. www.liberate.org

"Grace For The Promiscuous And The Pious"
by Tullian Tchividjian

Posted by John at 2:41 PM Links to this post

LOVING SINNERS & LOVING SIN TOO?
YES, WHEN YOU'RE "OF THE WORLD"
TWO APOSTATES SEE EYE TO EYE, EVEN WITH AN OPENLY GAY PERFORMER; PUBLICLY PUT STAMP OF APPROVAL ON GAY LIFESTYLE
CONFIRMS LIBERTY IS ONE OF THE MOST CORRUPT "CHRISTIAN" UNIVERSITIES,
& NOT FUNDAMENTAL
THE BUDDING FRIENDSHIP BASED ON LOVE OF THE WORLD 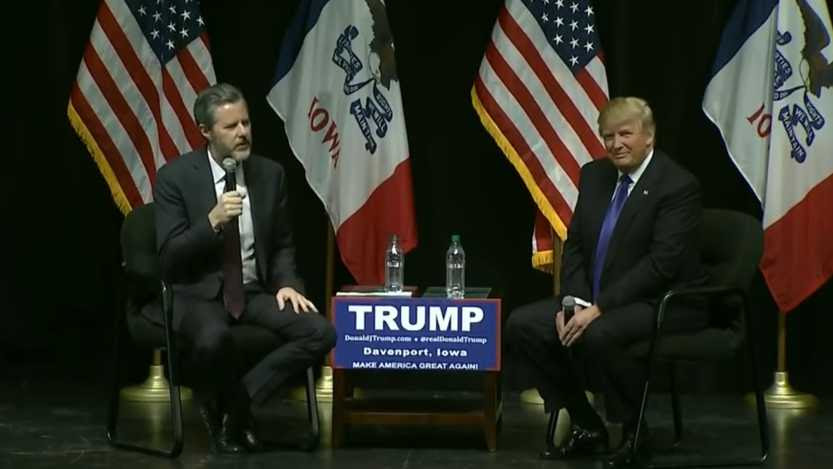 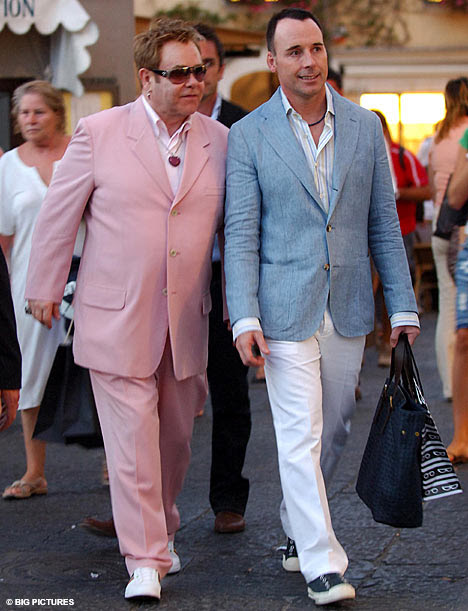 TRUMP WITH MICHAEL JACKSON ON PLANE