"A PIECE OF MEAT"-HOW MUSLIM MEN SEE WHITE WOMEN
Past and present, little has changed
BY RAYMOND IBRAHIM
SEE:https://cms.frontpagemag.com/fpm/2019/12/exclusive-piece-meat-how-muslim-men-see-white-raymond-ibrahim;
Posted by John at 3:48 PM Links to this post

LESBIANS IN ANOTHER WORLD?
ONLY IN YOUR SIN SICK IMAGINATION! NEW STAR WARS "RISE OF SKYWALKER" MOVIE INCLUDES BRIEF SHOT OF
TWO WOMEN KISSING
BY HEATHER CLARK
SEE: https://christiannews.net/2019/12/19/new-star-wars-rise-of-skywalker-movie-includes-brief-shot-of-two-women-kissing/; republished below in full unedited for informational, educational and research purposes:
The final installment of the Skywalker saga, “Star Wars: The Rise of Skywalker,” which opens in theaters tomorrow, includes a scene where two women kiss in the midst of a celebration — a subtle means of inserting the sin of homosexuality into the ninth episode of the popular series.
“[I]n the case of the LGBTQ community, it was important to me that people who go to see this movie feel that they’re being represented in the film,” director J.J. Abrams told Variety earlier this month.
The representation turns out to be a scene where two extras in the film who are members of the Star Wars Resistance embrace and engage in a lesbian kiss during a celebration.
Adams had advised in 2017 that he was open to including homosexual characters in Star Wars, telling The Daily Wire at that time, “When I talk about inclusivity, it’s not excluding gay characters. It’s about inclusivity. So, of course. I would love it. To me, the fun of Star Wars is the glory of possibility. So it seems insanely narrow-minded and counter-intuitive to say that there wouldn’t be a homosexual character in that world.”
Some homosexual advocates had hoped that the film would depict friends Poe and Finn as being homosexuals, including Poe actor Oscar Isaac himself.
“Personally, I kind of hoped and wished that maybe that would’ve been taken further in the other films, but I don’t have control,” Isaac told Variety. “It seemed like a natural progression, but sadly enough it’s a time when people are too afraid, I think, of — I don’t know what.”
“[I]f they would’ve been boyfriends, that would have been fun,” he opined.
Finn actor John Boyega also told the outlet that it “wouldn’t be too weird” if the men were more than just friends as they had always had a “loving” relationship, but the characters are “just platonic at the moment.”
Response from homosexual advocates of the “split second” shot in the movie has been mixed, with some welcoming it and others stating that the depiction is not significant enough.
“That J.J. Abrams then chose to also explicitly include a peripheral lesbian couple feels like a feeble attempt to placate the audience hungry for this kind of representation in a major on-screen relationship we are already deeply invested in,” wrote Digital Spy writer Gabriella Geisinger.
“If Abrams’ point was that LGBTQ+ people exist throughout the galaxy and therefore it doesn’t need a special mention, then fine. But bring us to those places, show us those people. Allow them to be part of the world-building that is intrinsic to Star Wars,” she remarked.
“[W]elcome to the bare minimum,” also opined Lester Fabian Brathwaite for NewNowNext. “[R]eally, you’d have us believe only two members of the Resistance are queer women?”
Star Wars and Lucasfilm are owned by Walt Disney Studios, which as previously reported, has been including homosexuality in its television and film productions in recent years. Disney had already been known for decades for its focus on magic and sorcery.
As previously reported, in July, the Disney Channel’s final season of its popular show for tweens, “Andi Mack,” depicted two boys realizing their feelings for each other and holding hands. They are among those who sing out Lady Gaga’s “Born This Way” at a party.
Disney also aired its first-ever same-sex kissing scene during its cartoon “Star vs. the Forces of Evil,” and a fleeting clip of two mothers leaving their son for school was also subtly included in the new Toy Story 4 movie.
In 2017, the live-action remake of “Beauty and the Beast” also included what was described by its director as an “exclusively gay moment” as two men briefly dance together — one of whom has feelings for the other.
“LeFou is somebody who on one day wants to be Gaston and on another day wants to kiss Gaston,” openly homosexual director Bill Condon told Attitude. “He’s confused about what he wants. It’s somebody who’s just realizing that he has these feelings. And Josh [Gad] makes something really subtle and delicious out of it.”

As previously reported, while the common theme among those who experience same-sex physical attraction is that they were “born this way,” the Bible teaches that all men are in the exact same predicament:
All are born with the Adamic sin nature and have various inherent inclinations and feelings that are contrary to the law and will of God, and are unable to change by themselves (Job 14:4).
It is why Jesus came: to “save His people from their sins” (Matthew 1:21, Luke 19:10 and 1 Timothy 1:15).
Jesus outlined in John 3:5-7 that men must be regenerated by the second birth, and have their very nature transformed from being in Adam to being in Christ, or they cannot see the kingdom of Heaven.
“Jesus answered and said unto him, ‘Verily, verily, I say unto thee, except a man be born again, he cannot see the kingdom of God.’ Nicodemus saith unto him, ‘How can a man be born when he is old? Can he enter the second time into his mother’s womb, and be born?’
Jesus answered, ‘Verily, verily, I say unto thee, except a man be born of water and of the Spirit, he cannot enter into the kingdom of God. That which is born of the flesh is flesh; and that which is born of the Spirit is spirit. Marvel not that I said unto thee, ‘Ye must be born again.’”
He also proclaimed in Mark 1:15, “The time is fulfilled, and the kingdom of God is at hand. Repent ye and believe the gospel.”
“Verily, verily, I say unto you: Whosoever committeth sin is the servant of sin. And the servant abideth not in the house for ever, but the Son abideth ever,” Jesus said in John 8:34-36. “If the Son therefore shall make you free, ye shall be free indeed.”

Posted by John at 3:36 PM Links to this post

IOWA MAN GETS 15 YEARS IN PRISON OVER BURNING LGBTQ FLAG

Prompted by its youth group, and the suggestion of a transgender teen-age member, the Ames United Church of Christ set up a table at the recent first-ever Ames gay-pride parade. And it threw a "LGBTQIA"-friendly Halloween party last Wednesday for its youth. At a parent's suggestion, it was called Drag-O-Ween to signal its inclusiveness. Word was spread through the church's Facebook page and a table at the parade, according to Pastor Eileen Gebbie, the church's senior minister.
SEE: https://www.desmoinesregister.com/story/opinion/columnists/rekha-basu/2017/10/27/ames-church-inclusive-halloween/806514001/

IOWA MAN GETS 15 YEARS IN PRISON
OVER BURNING LGBTQ FLAG

BY BEN WARREN
SEE: https://www.infowars.com/iowa-man-gets-15-years-in-prison-over-burning-lgbtq-flag/;
Posted by John at 3:23 PM Links to this post 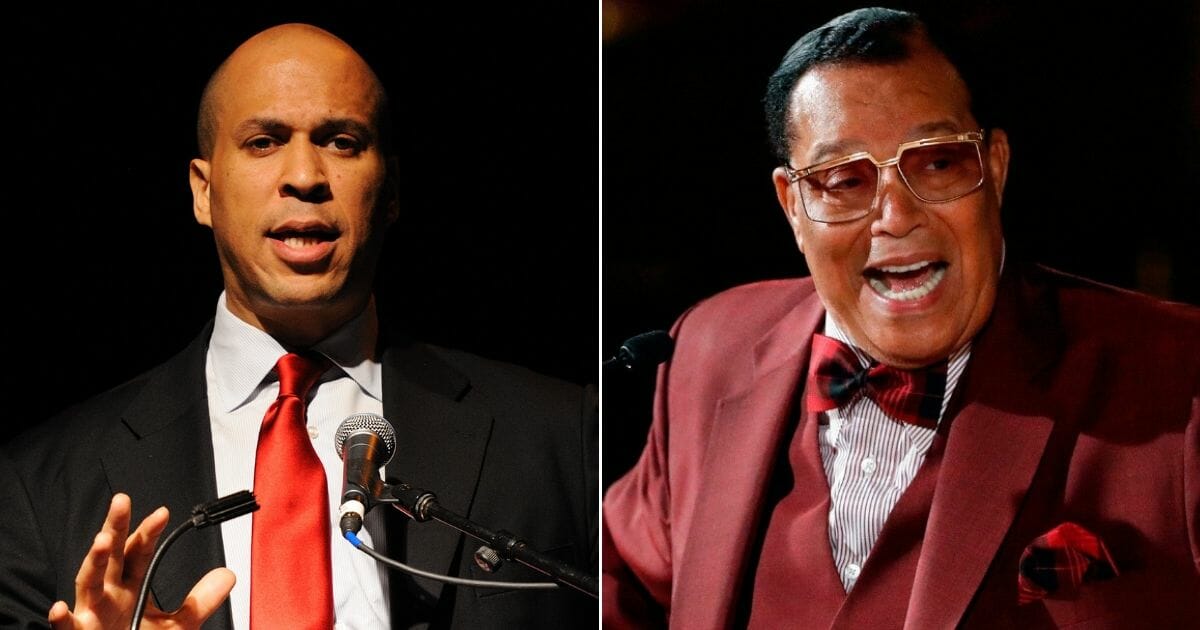 CORY BOOKER PROTECTED THE TERRORISTS BEHIND THE JERSEY CITY
ANTI-SEMITIC SHOOTINGS
He shut down surveillance of black nationalist terrorists -- and people died.
BY DANIEL GREENFIELD
SEE:https://cms.frontpagemag.com/fpm/2019/12/cory-booker-protected-terrorists-behind-jersey-daniel-greenfield;
Posted by John at 3:00 PM Links to this post 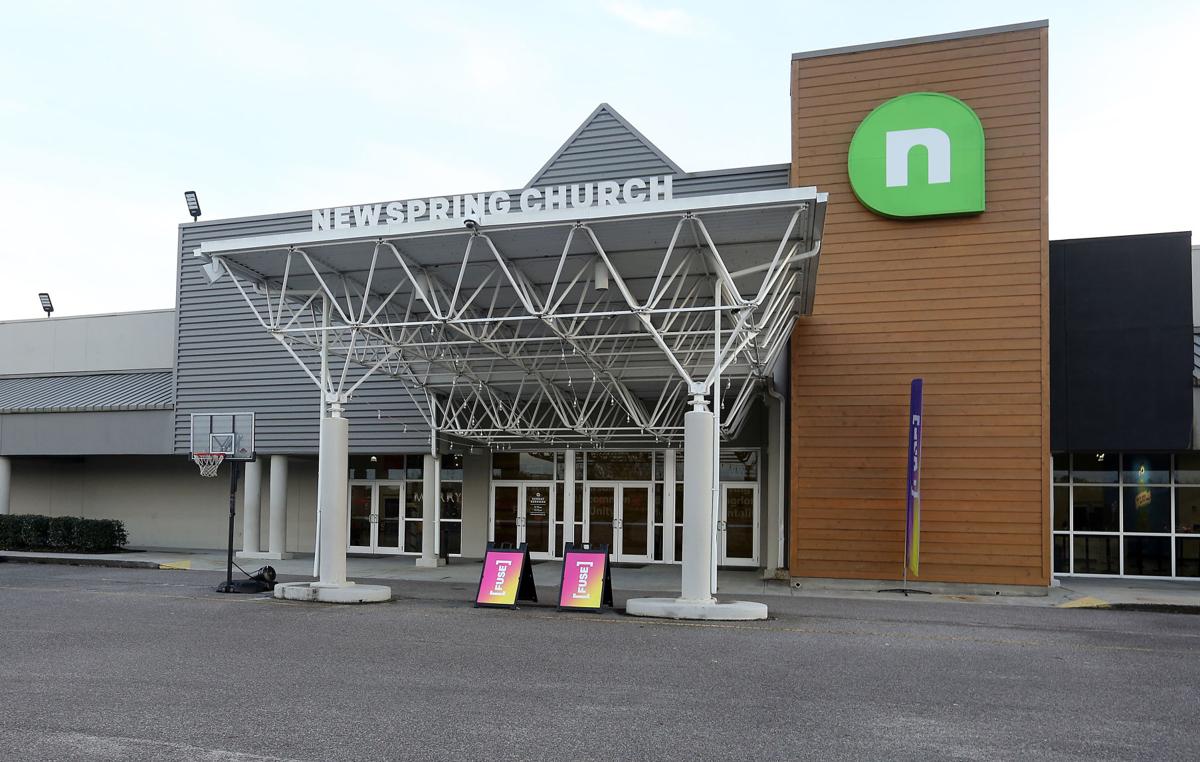 DONALD TRUMP, JR:
"I'VE SEEN THE BREADLINES OF COMMUNISM"
THE HALLMARK OF THE DEMOCRAT PARTY

Posted by John at 2:30 PM Links to this post

UK: MUSLIM POLICE OFFICER AMONG 15 MUSLIMS CHARGED WITH SEX OFFENSES AGAINST TEENS
BY ROBERT SPENCER
SEE: https://www.jihadwatch.org/2019/12/uk-muslim-police-officer-among-15-muslims-charged-with-sex-offense-against-teens;
Posted by John at 1:57 PM Links to this post