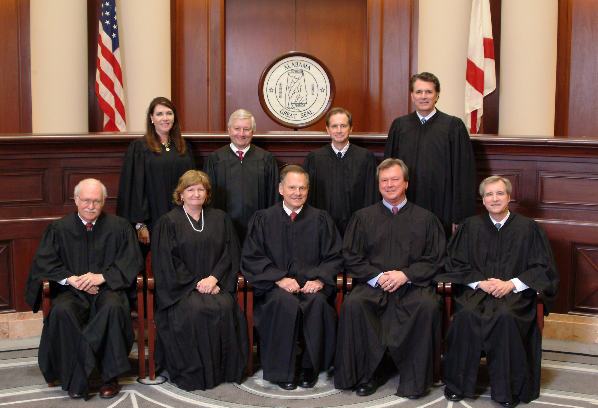 SEE: http://christiannews.net/2015/03/03/alabama-supreme-court-issues-historic-order-halting-issuance-of-same-sex-marriage-licenses/;
EXCERPT:
MONTGOMERY, Ala. – The Alabama Supreme Court has issued a historic order halting the issuance of same-sex “marriage” licenses in the state.
“As it has done for approximately two centuries, Alabama law allows for ‘marriage’ between only one man and one woman,” the 148-page order reads. “Alabama probate judges have a ministerial duty not to issue any marriage license contrary to this law. Nothing in the United States Constitution alters or overrides this duty.”

DOOR TO DOOR "WELLNESS CHECKS"
FOR YOUR SAFETY? 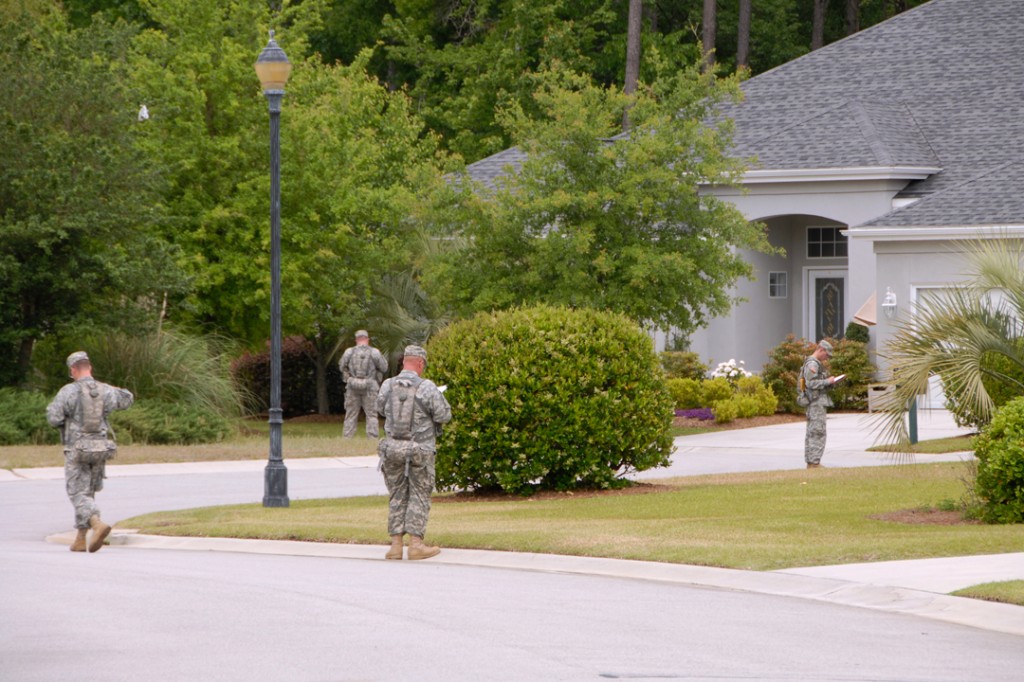 "OPERATION VIGILANT GUARD'S WELLNESS CHECKS" IN SOUTH CAROLINA~NATIONAL GUARD'S PRETENSE FOR GUN CONFISCATION
& DRAGGING YOU OUT OF YOUR HOME
"HURRICANE PREPAREDNESS" LOOKS MORE LIKE MARTIAL LAW;
BUT THIS VERY CHRISTIAN STATE IS IN LOCKSTEP WITH
ROMANS 13 ABSOLUTE OBEDIENCE TO GOVERNMENT
MISINTERPRETATION

EXCERPT:
In the Florence area, there were at least 400 hundred military personnel involved in the exercise. All in all, however, around 2,000 military personnel participated state-wide and 5,000 participants were involved from South Carolina emergency management Divisions and county divisions of Emergency Management.
In Monck’s Corner, SC National Guard personnel, the Berkeley County Sheriff’s Office, and other state and local “emergency responders” went door to door conducting “wellness checks” on civilian homes. The sight of military personnel going door to door in civilian neighborhoods is beyond creepy to say the least.
Such door-to-door “wellness checks” also took place in Overton, S.C.The portion of the drills that were witnessed by this writer involved a setup of about 9 military tents outside of the Florence, SC airport. A number of trucks were present as well as Humvees, many of which were outfitted with machine gun turrets and machine guns. A sign reading “Region 4: HRF” was posted outside of the airport. HRF stands for Homeland Response Force and Region 4 represents the FEMA region of the area. As the convoy was preparing to leave the field site in front of the airport, a bus had been added to the mix. Many helicopters and chopper sightings were reported as well.Numerous military vehicles were seen on the streets of Florence throughout the day.
_________________________________________________________________

Published on Mar 8, 2015
Make Sure to Subscribe to the New J.KNIGHT Channel:
https://www.youtube.com/channel/UCnLr...

In yet another example of the growing trend of the process of acclimatization of the general public to an open military presence on American streets as well as greater cooperation between the US Military and civilian law enforcement, South Carolina was recently the scene of a statewide “emergency preparedness” drill that incorporated both of these aspects in a visible form.

On March 7, 2015, the state-wide drill, entitled Operation Vigilant Guard, took place under the pretext of preparation for the inevitable destruction a hurricane would bring to South Carolina. According to reports in the local media, the drills were based on the premise of the landfall of a Category 4 hurricane and “how they’d respond to get citizens help” in such an event.

In the Florence area, there were at least 400 hundred military personnel involved in the exercise. All in all, however, around 2,000 military personnel participated state-wide and 5,000 participants were involved from South Carolina emergency management Divisions and county divisions of Emergency Management.

Published on Mar 10, 2015
Operation Vigilant Guard which we exposed 5 years ago as an exercise to set up gun confiscations and intern citizens is being run across the country under the guise of helping citizens. Even though we've seen National Guard go door to door and confiscate guns after Hurricane Katrina.


Published on Mar 13, 2015
Description: As the National Guard trains with other civilian agencies to react to a natural disasters, gun confiscation is one of their training exercises. But due to pushback from the American people they have now changed the name to door to door "wellness checks". It's important to show this video to all service men, they need to speak out about these illegal activities and refuse to participate if asked. National guardsman are the last line of defense, it is important to educate them so they will not be pawns in a federal government gun confiscation program.

BRIBES FOR TAKING COMMON CORE TESTS~CREDITS, GIFT CARDS, I PADS, TO STOP STUDENTS FROM OPTING OUT OR WALKING OUT OF THEM

COMMON CORE DATA MINING OF STUDENTS:
Published on Mar 10, 2015
CLIFTON PARK, NY-- From pretending games to medical records, data collection under Common Core can hurt children and their families by giving governments information that is none of their business. March 8, 2015