In other words, a senior producer at CNN was caught on tape admitting that the network deliberately pushes fake news about Donald Trump.
“I think the president is probably right to say, like, look you are witch hunting me. You have no smoking gun. You have no real proof,” Bonifield went on to say.
He then admitted that CNN pushes the fake news Trump-Russia collusion story to get viewers.
Asked, “Why is CNN constantly like Russia this, Russia that?,” Bonifield responds, “Because it’s ratings. … Our ratings are incredible right now.”
Three CNN journalists were also just forced to resign after the network apologized for pushing another fake news story about Trump advisor Anthony Scaramucci being linked to a Russian investment fund.
Any other news outlet that admitted it created fake news simply to make money and attract eyeballs would be savaged by the rest of the media, put on a blacklist and wouldn’t get anywhere near the White House.
Why should CNN, an organization that employs activists posing as impartial reporters like Jim Acosta, be treated any differently?
Trump must now seriously look at revoking CNN’s access to the White House.
Fake news is dangerous to democracy. Fake news should not be tolerated.
_______________________________________________________

CNN Producer Admits Russia Narrative About Trump is BS on CAMERA! Alternative Media Gets Vindicated
Published on Jun 27, 2017
CNN producer John Bonifield has been caught on camera admitting that CNN’s coverage of the Russia angle as it relates to Donald Trump is mostly BS contrived for ratings. The audio and video were captured by undercover journalists working with Project Veritas, an organization headed up by James O’Keefe. Their goal is to expose the evil that happens in media and politics. Previously they’d done an expose on Planned Parenthood and it showed them discussing prices for certain body parts of dead babies that had been aborted in their facilities. Now they are delving deeper into the cabal known as the mainstream media. The video that has been released today (June 27 2017) is the first of more that will come in the future on this specific topic according to James O’Keefe.

A great takeaway from the video in question is that CNN is a business just like any other. Profit uber alles. Bonifield explained to the undercover journalist that CNN is only getting around one million views a night where network news like NBC is getting 20 million. So they must figure out ways to be competitive and keep the business afloat. Prime example of this mentality was during a meeting he described which featured some insight from CNN’s CEO - Jeff Zucker. Donald Trump, at the time, had just recently pulled out of the Paris Climate Accord. CNN covered it for a day and a half. They were congratulated for that during the meeting, but Zucker essentially said “let’s get back to what pay our bills.” which is the Russia narrative.

Negative Russia coverage is not isolated to CNN. It appears to be all of mainstream media with the exception of Fox News (sometimes.) Late night talk show hosts like Stephen Colbert and Trevor Noah also do an extensive amount of negative coverage on Russia. They all have one thing in common: ratings. Even the old dinosaur print media such as The Washington Post and The New York Post participate in Russia/Trump hysteria to strain money from their dwindling bases. Alternative media has been a beacon of light throughout all of this madness, which is why mainstream media has been attacking alternative media personalities and their biggest platform: YouTube.

Invoking the Red Scare in 2017 is less about national security as it is about money. Some foot soldiers on the ground working on the ground at these mainstream media cabals may think differently. However, they are simply useful idiots. Once they are no longer needed, they will simply be discarded like the three journalists who got fired recently over a fraudulent CNN story about Donald Trump and Russia.

The Truth About CNN 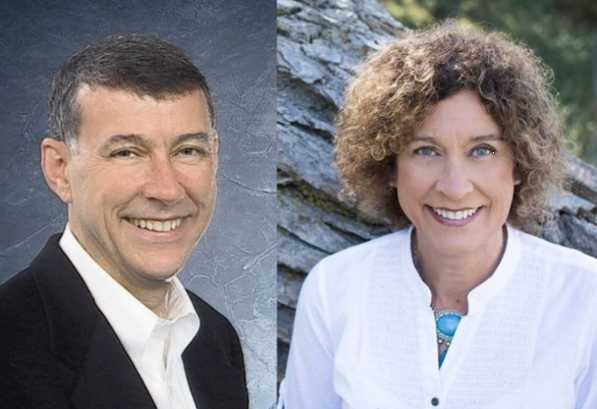 SEE: http://www.denverpost.com/2017/06/11/paula-williams-evangelical-trans-rights/
EXCERPT:  "After losing all of her jobs after coming out, Williams is pushing megachurches toward LGBTQ acceptance"
SEE ALSO: http://wildgoosefestival.org/paula-stone-williams17/
Paula also serves on the board of the Gay Christian Network and is a blogger for The Huffington Post.
SEE OUR PREVIOUS POST:
http://ratherexposethem.blogspot.com/2013/07/wild-goose-chasenazarene-mike-king.html 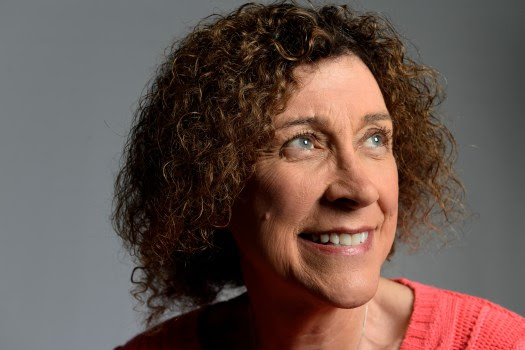 SEE: https://paulastonewilliams.com/
EXCERPT:
"Paula is actively involved in OPEN, a ministry of progressive Evangelicals, and the Center for Progressive Renewal, a ministry of Convergence.  She is also an active member at Highlands Church in Denver, Colorado, where she leads their church planting team and preaches occasionally."

Mr. Williams’s father, who is also a minister, before his transition, when he was known as Paul Williams. 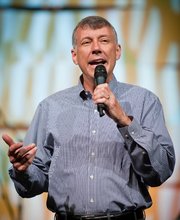 Paul, Now Paula Williams Since 2013
SEE: https://www.nytimes.com/2017/06/16/nyregion/forefront-pastors-father-became-a-woman.html;
EXCERPT:
Paula Williams, 66, is 6-foot-3, with light brown ringlets, a soft voice and an affinity for phrases like, “Oh, my goodness.” She is still married to Jonathan’s mother, and they share a Christian counseling practice, but they no longer live together. “Our therapist basically said, ‘You’re a lesbian and she’s not,’” Ms. Williams said. 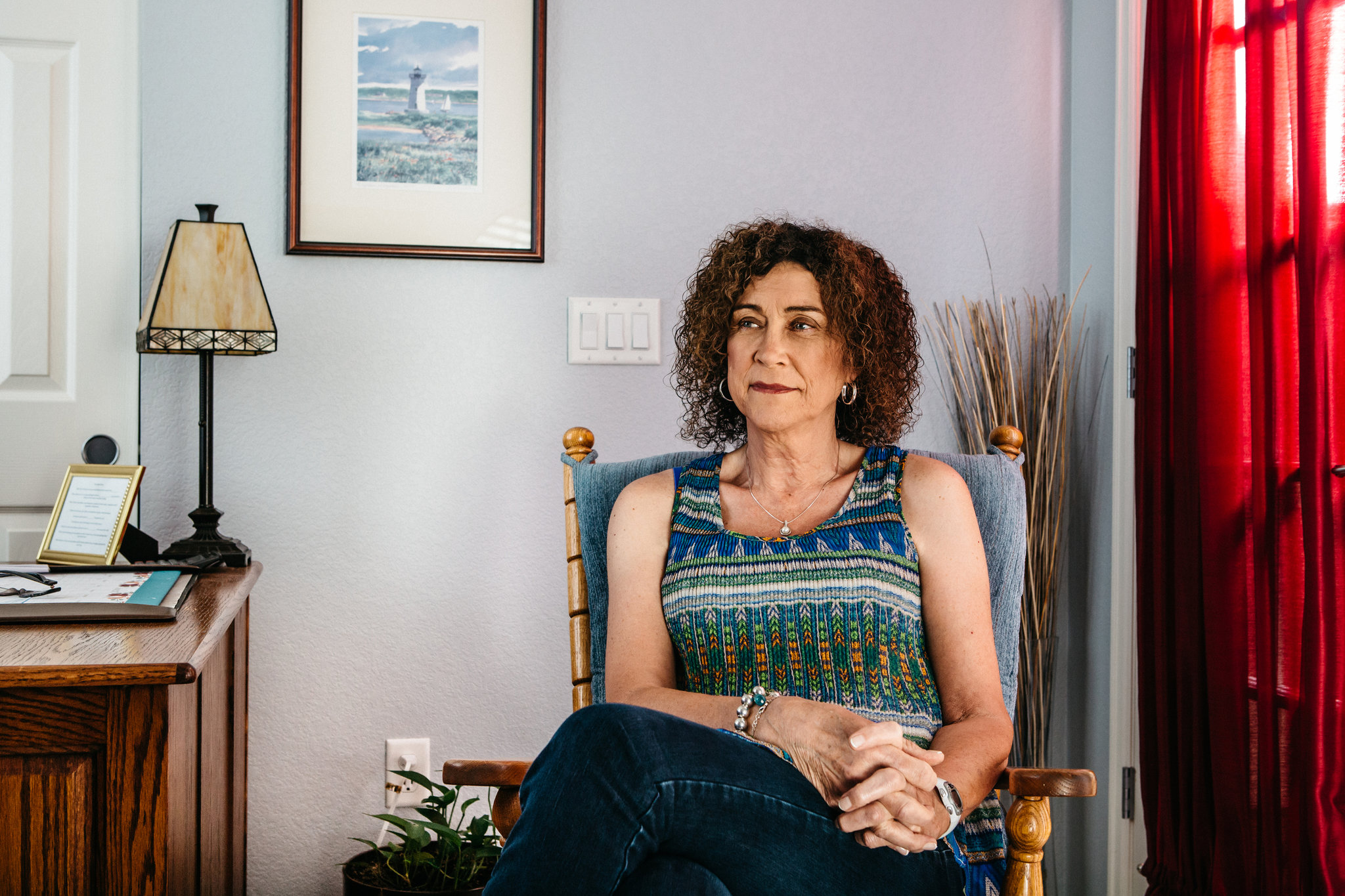 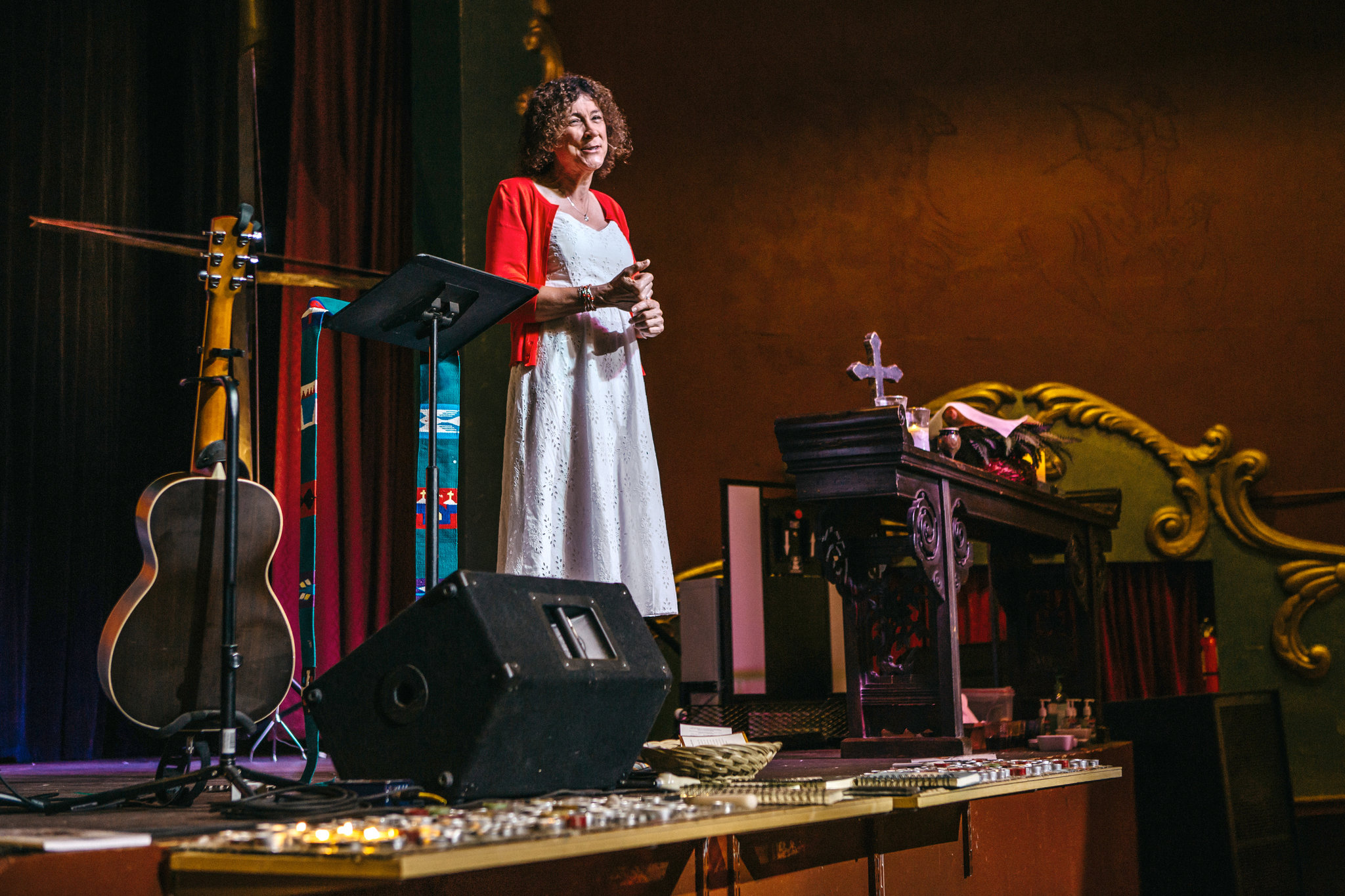 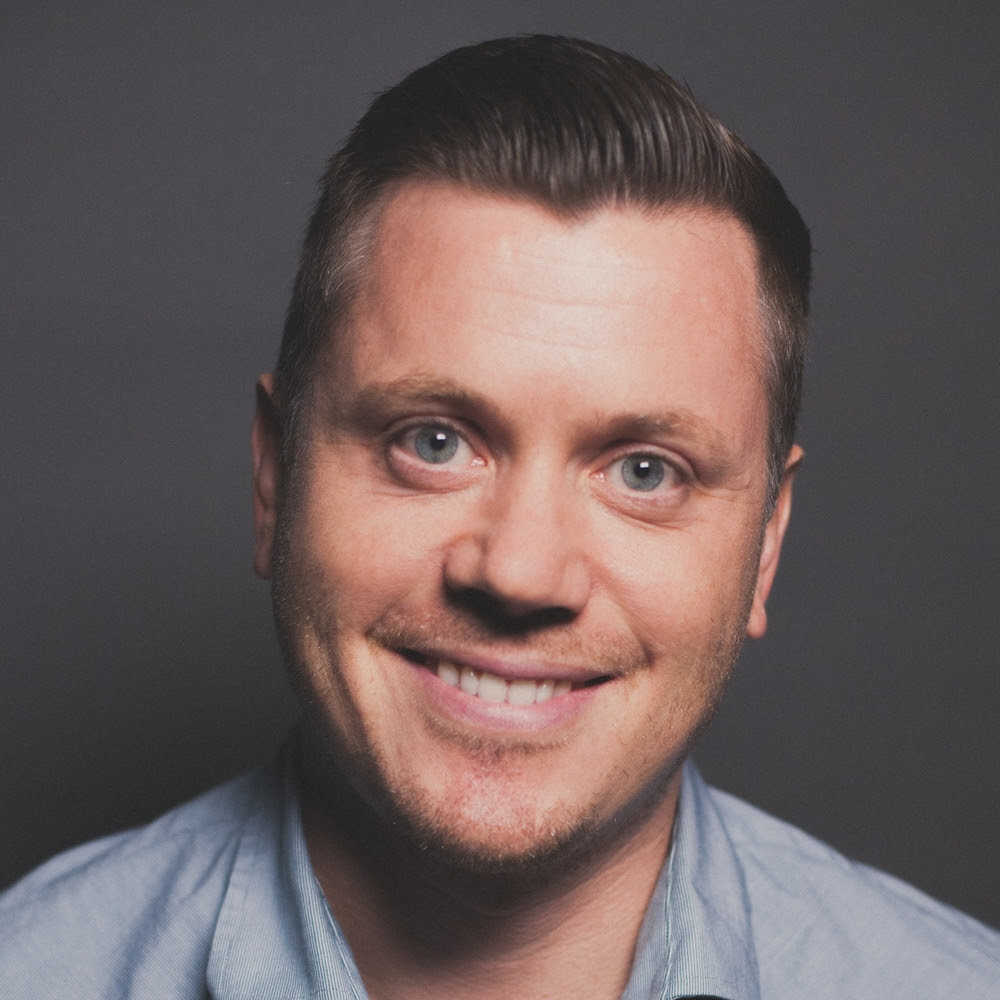 FORMER LONGTIME PRESIDENT OF CHURCH PLANTING ORGANIZATION DECIDES TO LIVE AS A WOMAN
BY HEATHER CLARK
SEE: http://christiannews.net/2017/06/26/former-longtime-president-of-church-planting-organization-decides-to-live-as-woman/;
NEW YORK — The former longtime president of a church planting organization headquartered in New York has decided to live as a woman.
Paul Williams led the Orchard Group from 1989 to 2009, an organization that has planted churches throughout the Northeast, and especially the New York City area, since the 1940’s.
“Orchard Group has maintained the same simple statement of beliefs since our beginning in 1948,” its website reads, noting that it affirms the authority of the Scriptures and “[t]he necessity of the new birth through the Holy Spirit for entering the Kingdom of God.”

ADVERTISING
Williams also worked as a teaching pastor for two megachurches in addition to his involvement with the Orchard Group, and was a columnist for Christian Standard Magazine.

In 2012, Williams approached his son, Jonathan Williams, to divulge that he desired to live as a woman. The news took him aback.
“We had a church Christmas party that night, so I get this information and I have to go to the church Christmas party and pretend everything’s okay,” Jonathan Williams, who pastors Forefront Brooklyn, told the New York Times earlier this month. “I drank too much and did my best to put on a happy face, but it was pretty brutal.”
Paul Williams was still involved with Orchard during this time, even though not serving as president, and his son feared how the matter might affect both of their ministries.

“I’d be upstairs crying before church—like, this is miserable. My dad was my hero, and my dad’s not my dad any longer,” the younger Williams explained. “I’d stop crying and come down and I’d preach, and be really glad and say hi to everybody, and then I’d get home and go to sleep.”
“My wife would be like, ‘You’re super depressed,’ and I’d go, ‘I know I’m super depressed. I don’t know what to do about this.’ I got counseling about three months after I found out. And I went to him for three, four years dealing with it,” he outlined.
In 2013, Williams advised the Orchard Group that he had decided to live as a woman. His resignation was consequently requested, and he agreed. The reason for his resignation, however, was not divulged to the public.
Paul Williams changed his name to Paula and began receiving hormone therapy and cosmetic surgery. He and his wife went to counseling, and the two were advised to split because “Paula” was now a lesbian and his wife was not. While not living together, the two still remain married and operate a counseling service together.
In 2015, Jonathan Williams—who had long struggled and agonized over his father’s decision—explained during a church staff meeting that Forefront Brooklyn would now move toward full participation for homosexual and transgender members. He pointed to his children’s unflinching reception of his father’s new presentation as being a motivating factor, telling himself, “This is how God [too] sees my dad.”
Williams also sought out advice from progressive congregations who were homosexual and/or transgender-affirming.
However, recent reports of Paul William’s transition have saddened a number of Christians.
“Satan won on this one, because this pastor, before deciding to come out, had already sinned in his mind. He then followed through. Now what do you have? Our God is holy and cannot tolerate sin. Once this guy started down this path, the Holy Spirit left him to his own devices,” one commenter wrote. “If he repents and ask forgiveness, he will be back in the good graces of Christ, but if not and continues down this road, his destiny is made.”
“This is very, very sad. Psychological problems need to be dealt with by counselors who understand the problems that cause gender dysphoria, not by those that encourage a person to go through with ‘transitions,'” another stated. “God doesn’t make mistakes, but rather than seek godly counsel, he decided what? That God made a mistake? That God could not heal him of the feelings he had that made him want to be a woman? I pray God will heal him and deliver him from his gender dysphoria, and bring him to true faith in the Lord and His Word.”
Williams now attends Highlands Church in Denver, Colorado, where he works as a church planter and also preaches from the pulpit on occasion.