AZUSA PACIFIC, A CALIFORNIA CHRISTIAN UNIVERSITY, UNDER PRESSURE TO ADOPT
"LGBT INCLUSIVE" POLICIES
BY DAVE BOHON
SEE: https://www.thenewamerican.com/culture/faith-and-morals/item/27379-ca-christian-univ-under-pressure-to-adopt-lgtb-inclusive-policies;
An employee at Azusa Pacific, one of California's largest Christian universities, has filed a lawsuit against the school and is joining with homosexual activists in demanding the university adopt more tolerant policies regarding students and employees who identify as lesbian, gay, bisexual, or transgender (LGBT).
Fifty-two-year-old Mahesh Pradhan has been employed at Azusa Pacific as a cook for the past 10 years, and over that time was supposedly on the receiving end of physical and verbal abuse by employees “who perceived him as gay and labeled him a 'troublemaker' for speaking out against harassment of others,” reported the local newspaper, the San Gabriel Valley Tribune.
“I told them that I am not gay, but what’s wrong with being gay or being straight?” the Tribune quoted Pradhan as saying. Pradhan is now suing the school, the paper reported, “for retaliation, wrongful demotion and, among other things, infliction of emotional distress, and to call for more inclusiveness and acceptance of the lesbian, gay, bisexual, transgender, and questioning or queer community.”
Through his attorney, Pradhan, who has been on medical leave since 2015, claimed that during his employment at Azusa Pacific he was referred to as a “faggot,” slapped on his buttocks by his supervisor with a large wooden paddle, locked in a freezer, and cornered in a restroom. Pradhan claimed he was demoted from his job as a supervisor after he complained about the alleged abuse.
The university has denied all the allegations, with spokeswoman Rachel White saying, “We value and respect our employees and we do not condone harassment. It’s completely against who we are as a university community.”
While it is questionable how far Pradhan will get with his lawsuit, his actions had the effect of drawing the university's heretofore hidden homosexual community out in force to demand that the school abandon its traditional biblical values on marriage and sexuality and adopt “LGBT-inclusive” policies.
On November 6 more than 50 supposedly LGBT Azusa students gathered for a “prayer vigil” in support of Pradhan and to deliver a letter to university officials demanding, among other concessions, that the pro-homosexual group Haven be recognized as an official Azusa Pacific University student club, and that the school remove sections in its student handbook that prohibit homosexual behavior.
One such section mandates that Azusa Pacific students “may not engage in a romanticized same-sex relationship,” while another states that the university “only recognizes the marriage between a man and a woman.”
The school's “identity statement” expands on its commitment to biblical values regarding sexuality, reading: “We hold that the full behavioral expression of sexuality is to take place within the context of a marriage covenant between a man and a woman and that individuals remain celibate outside of the bond of marriage. Therefore, we seek to cultivate a community in which sexuality is embraced as God-given and good and where biblical standards of sexual behavior are upheld.”
Azusa Pacific's spokeswoman Rachel White emphasized that the school “adheres to a traditional definition of marriage. We are transparent about our belief. Each student must look at the university’s values and decide if APU is the right place for them. It’s an individual choice.”

SCHOOL PUNISHES 7TH GRADER OVER
"FAKE NEWS" SHIRT WORN DURING TRIP TO
CNN NEWS IN ATLANTA
Student’s “FNN” t-shirt causes First Amendment controversy
SEE: https://www.infowars.com/school-punishes-7th-grader-over-fake-news-shirt-worn-during-trip-to-cnn/;
A seventh grade boy in Dekalb County, Georgia was forced to remove his “Fake News Network” t-shirt when his class took a field trip to CNN’s Atlanta headquarters.
The boy’s parents, Nancy and Stan Jester, are both elected officials. Nancy is a county commissioner and Stan is a school board member.
Stan Jester wrote about the situation on his blog, saying,


Back in October, the girls at Cedar Grove High School in the DeKalb County School District (DCSD) took a knee before their playoff game. In a statement issued by DeKalb Schools, ‘If students should elect to express their free speech rights, we want to create and provide a safe space to do so. The goal is not to interfere with the students’ constitutional right to freedom of speech./”
I advocate for the First Amendment across the board. I hope the freedom of students to express themselves will be vigilantly defended across the political, religious, etc … spectrums.
STRIPPED OF HIS LIBERTIES …
CNN is a popular destination for school field trips across the state. Every year the 7th grade at Peachtree Charter Middle School tours the CNN studios.
This year when the CNN tour was announced, my 7th grade son Jaxon asked me if he could purchase an FNN-Fake News Network shirt to wear for his field trip. As an advocate for the First Amendment, I agreed to his request. He picked out the shirt he wanted and and ordered it from Amazon. His mother cautioned him that he might cause a controversy and needed to be prepared for that. He was fully aware of the implications of his decision and made the affirmative choice to wear his shirt.
Nancy took his picture this morning as he left for school. We received a phone call from the principal at the middle school this morning informing us that he was forced to change his shirt.
I’m disappointed by the hypocrisy of this decision. Some students are celebrated when they make a controversial display during the National Anthem. My student was forced to remove his shirt because someone didn’t like it. I defend speech and expression, even if I disagree, or it makes me uncomfortable.
Says commenter Max Baerman, “[This] could have been a great teachable moment about Yellow Journalism and the scathing and at times libelous editorials”
This experience is teaching my son an interesting lesson.

President Donald Trump recently slammed CNN as “fake” on Twitter after returning from his Asia trip.

While in the Philippines I was forced to watch @CNN, which I have not done in months, and again realized how bad, and FAKE, it is. Loser!
— Donald J. Trump (@realDonaldTrump) November 15, 2017

“You must move in the arteries of the system without anyone noticing your existence until you reach all the power centers … until the conditions are ripe, they [the followers] must continue like this … The time is not yet right. You must wait for the time when you are complete and conditions are ripe.” —Fethullah Gülen June 1999
The philosophy of our service is that we open a house somewhere and, with the patience of a spider, we lay our web to wait for people to get caught in the web; and we teach those who do. We don't lay the web to eat or consume them but to show them the way to their resurrection, to blow life into their dead bodies and souls, to give them a life. —Fethullah Gülen July 2007 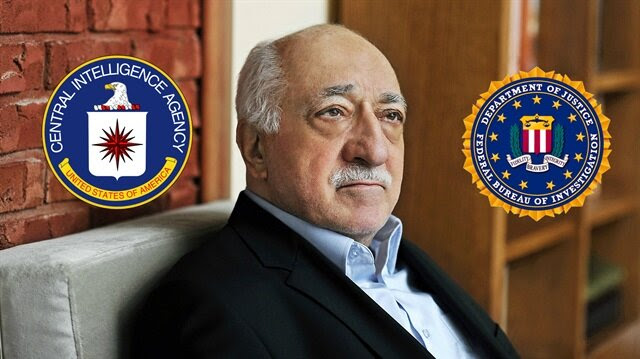 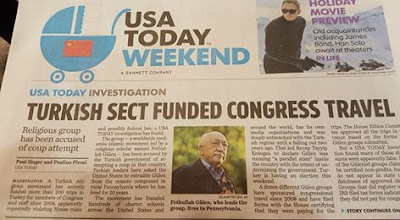 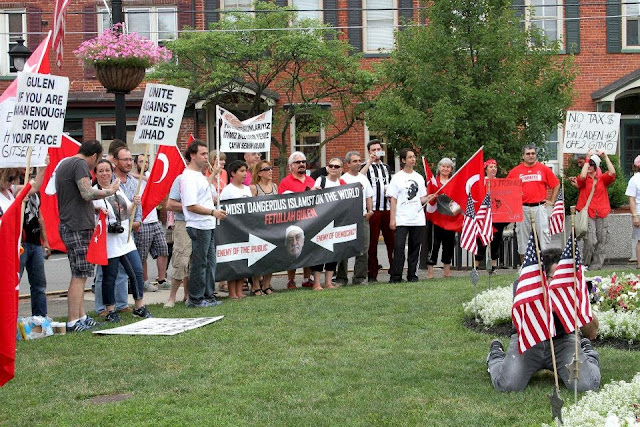 GULEN'S COMPOUND IN THE POCONOS, PENNSYLVANIA 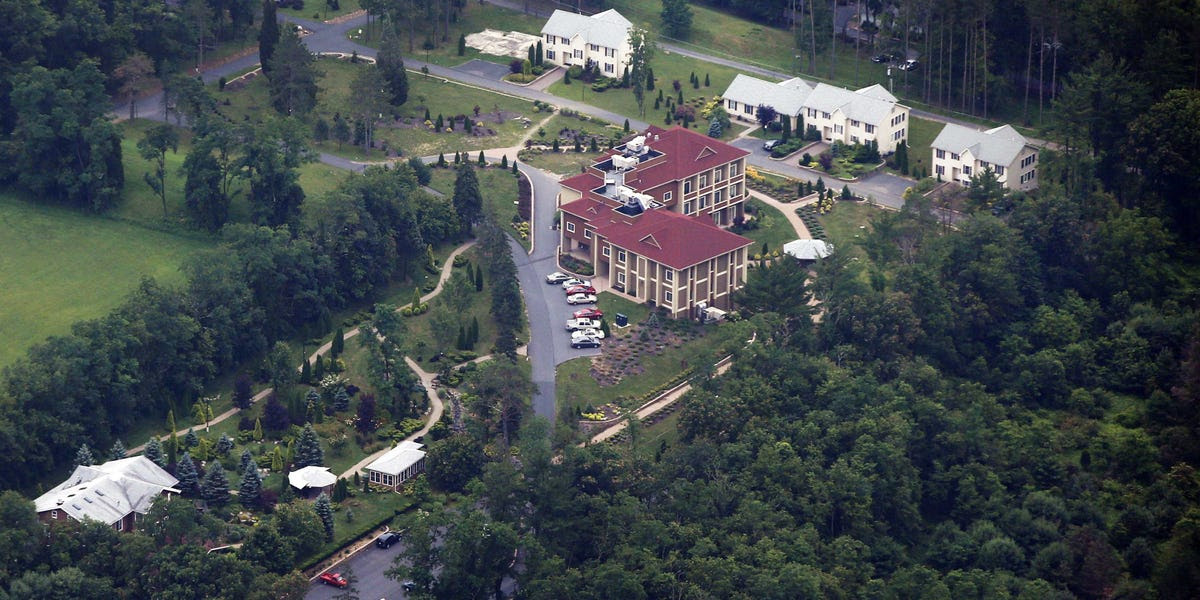 Posted by John at 9:36 AM Links to this post