FIRST U.S. EBOLA PATIENT IN ISOLATION AT TEXAS HOSPITAL~WILL THIS BE AN EXCUSE FOR MARTIAL LAW & DETENTIONS OF VACCINE REFUSERS?

IN U.S. TO PREPARE FOR

not to do autopsies or embalm corpses

SEE: http://www.infowars.com/cdc-warns-funeral-homes-in-u-s-to-prepare-for-ebola-victims/;
EXCERPTS:
The Centers for Disease Control is advising funeral homes in the United States on how to handle the remains of Ebola victims, although officials are keen to stress that the development is not a cause for alarm. A three page list of recommendations instructs funeral workers to wear protective gear while handling Ebola victims, as well as warning them not to carry out autopsies or to embalm corpses. As we reported earlier this month, the U.S. State Department ordered 160,000 Ebola hazmat suits, prompting concerns that officials were preparing for an outbreak within the United States. 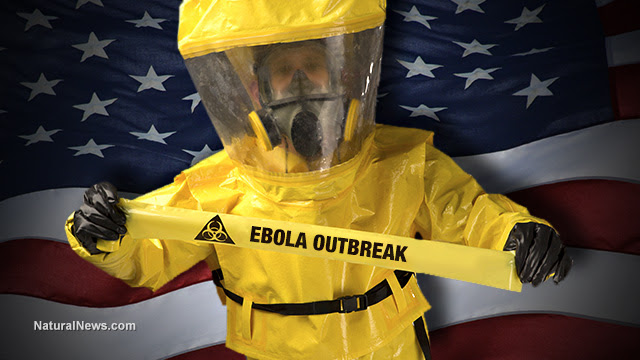 Breaking! Ebola Confirmed in US

Urgent! Ebola Hits The US: Feds to Enact Emergency Measures?

Published on Oct 1, 2014
Infowars reporter Joe Biggs is on the scene where The Centers for Disease Control confirmed today that an Ebola victim was admitted to the Texas Health Presbyterian Hospital in Dallas. Reference to the patient’s “recent travel history” suggests that the victim arrived from one of the African countries hit by the virus. Confirmation that the first case of Ebola has arrived in the United States will prompt questions as to whether the CDC will enact emergency procedures that could see even healthy Americans detained against their will.

Ebola in US to Trigger Emergency CDC Measures?

Has Ebola Come To Texas?
Ebola Crisis Is Just What Obama Needed

Is The Ebola Crisis Ready To Explode?

Posted by John at 9:40 AM Links to this post

AL SHARPTON "WOULD BE COKE DEALER" MAY PICK NEXT U.S. ATTORNEY GENERAL~ALTHOUGH SHARPTON NOT A CANDIDATE FOR OFFICE, CHURCHES HAVE NO COMMENT ON THIS "POLITICAL ISSUE" 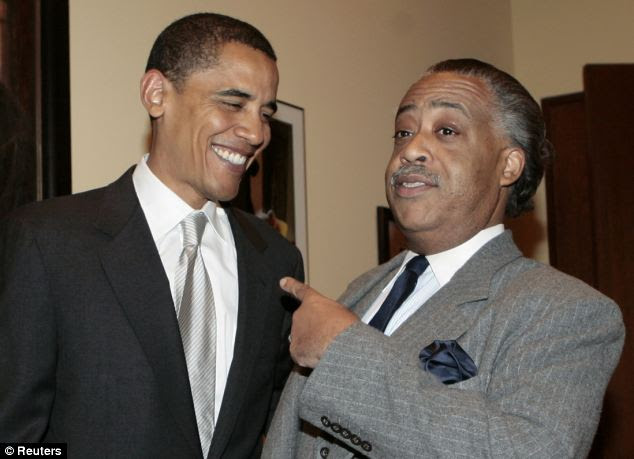 http://www.tpnn.com/2014/04/16/al-sharptons-blasphemous-easter-message-compares-obamas-suffering-to-jesus/
Al Sharpton's Blasphemous Easter Message: Compares Obama's 'Suffering' to Jesus
QUOTE: "As I looked at President Obama at our convention last Friday where all he took he’s been able to rise politically again.. I’m not comparing him to Jesus, but I am saying that to every crucifixion there is a resurrection for those who believe…”

AL SHARPTON MAY PICK THE NEXT ATTORNEY GENERAL

with the White House

SEE: http://www.infowars.com/al-sharpton-may-pick-the-next-attorney-general/; republished below in full unedited for informational, educational, and research purposes:

Sharpton’s National Action Network is “engaged in immediate conversations” with the White House,” the organization recently announced.
“The resignation of Attorney General Eric Holder is met with both pride and disappointment by the Civil Rights community,” he said. “We are proud that he has been the best Attorney General on Civil Rights in U.S. history and disappointed because he leaves at a critical time when we need his continued diligence most,” according to Business Insider.
As Infowars.com’s Mikael Thalen reported when it was announced Holder would step down, the AG’s record of abuse is long and sordid. The list includes Fast and Furious, allowing banks to get off the hook for money laundering, and attacking journalists and government whistleblowers.
Sharpton has his own checkered past. In April we reported the Rev. “was ‘flipped’ by FBI agents three months after he was filmed in March 1983 (during a bureau sting) talking cocaine with an undercover agent,” The Smoking Gun reported.
“Sharpton was confronted by FBI agents who showed him the ‘cocaine’ videotape. The panicked reverend agreed – on the spot – to cooperate with federal agents, according to sources familiar with the contents of Sharpton’s FBI informant file.”
He went on to rat out boxing promoter Don King and later wore a wire to record conversations with Mafia boss Joseph “Joe Bana” Buonanno.
_____________________________________________________________

Friend of the Powerful & Influential

The Rev. Al Sharpton, the ambulance chasing civil rights careerist, race baiter and MSNBC fixture, served his government as an FBI informant. Sharpton said he worked with the FBI after he was threatened by gangsters but, as The Smoking Gun reported on earlier this month, this turns out to be a lie.
In fact, the explanation for Sharpton's informership is far more prosaic -- he was caught on tape negotiating a cocaine deal.
"The reverend was 'flipped' by FBI agents three months after he was filmed in March 1983 (during a bureau sting) talking cocaine with an undercover agent," The Smoking Gun reports. "Sharpton was confronted by FBI agents who showed him the 'cocaine' videotape. The panicked reverend agreed -- on the spot -- to cooperate with federal agents, according to sources familiar with the contents of Sharpton's FBI informant file."
Sharpton then went on to inform on boxing promoter Don King and later wore a wire to record conversations with Mafia boss Joseph "Joe Bana" Buonanno.

"I was not and am not a rat because I wasn't with the rats," Sharpton said during a news conference held at the Harlem headquarters of his National Action Network after The Smoking Gun story went viral. "I'm a cat. I chase rats." He insisted he cooperated with the FBI after he was threatened by the Mafia.

For long time observers of Al Sharpton's checkered past and criminal activities it remains a mystery
that he is still a prominent figure in the national spotlight. One has to wonder if he ever managed
to escape the grip of the FBI or if he became an agent provocateur for the globalists. After all he
has secured his position as an antagonist and race baiter for the Obama administration. 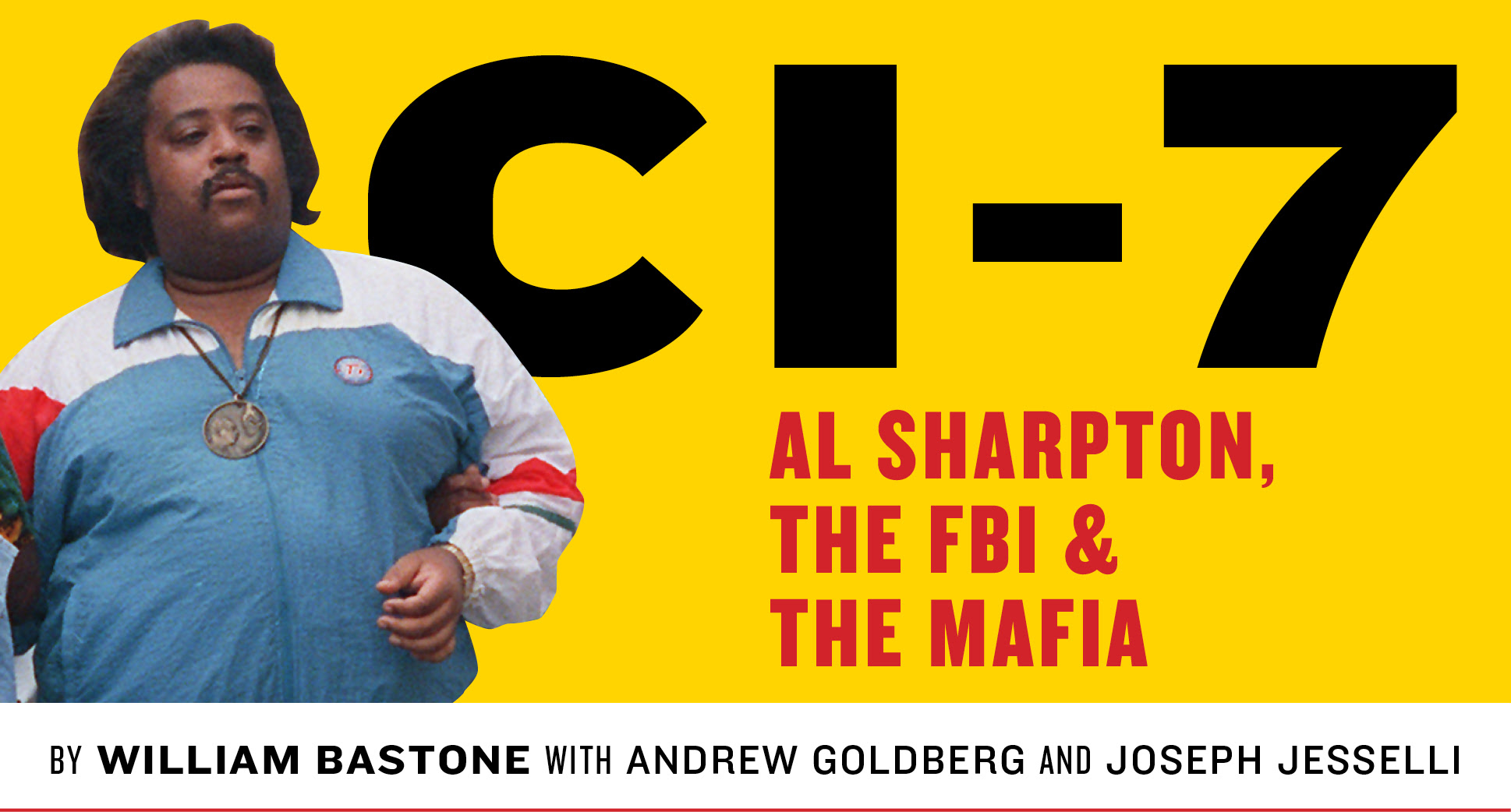