The Daily Caller reports in:
http://dailycaller.com/2013/12/21/under-common-core-third-graders-read-about-murdered-parents-taliban-brutality/, about two more books for third graders under Common Core that some are saying have a "pro-Muslim agenda".
The books are by author Jeanette Winter and are titled: "Nasreen's Secret School" and "The Librarian of Basra" 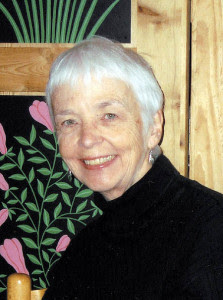 A True Story from Afghanistan:

See: http://www.amightygirl.com/nasreens-secret-school-a-true-story-from-afghanistan
"Young Nasreen has not spoken a word to anyone since her parents disappeared. In despair, her grandmother risks everything to enroll Nasreen in a secret school for girls. Will a devoted teacher, a new friend, and the worlds she discovers in books be enough to draw Nasreen out of her shell of sadness? Based on a true story from Afghanistan, this inspiring book will touch readers deeply as it affirms both the life-changing power of education and the healing power of love."

The Librarian of Basra:

A True Story from Iraq:

The Librarian of Basra: A True Story from Iraq

See: http://www.amightygirl.com/the-librarian-of-basra-a-true-story-from-iraq
"In the Koran, the first thing God said to Muhammad was 'Read.'"-- Alia Muhammad Baker
Alia Muhammad Baker is a librarian in Basra, Iraq. For fourteen years, her library has been a meeting place for those who love books. Until now. Now war has come, and Alia fears that the library--along with the thirty thousand books within it--will be destroyed forever. In a war-stricken country where civilians--especially women--have little power, this true story about a librarian's struggle to save her community's priceless collection of books reminds us all how, throughout the world, the love of literature and the respect for knowledge know no boundaries."

"IRS Seeks to Stamp Out

EXCERPTS BELOW, reprinted unedited for educational purposes:
"The IRS has proposed new regulations that would carve out an exception to federal rules on tax-exempt organizations, regulations that would essentially ban conservative tax-exempt educational organizations from informing voters about federal candidates' voting records before elections."
"The proposed new regulations have no basis in any law enacted by Congress, or provision of the U.S. Constitution, but are instead the result of the Obama administration response to intensive lobbying by the political Left against voter information organizations in the wake of the Supreme Court's 2009 Citizens United decision."
"The new regulations would also automatically classify as “political” mere mention of a candidate that is disbursed just before an election."
"The political motivation of the IRS regulations as a bludgeon against the political Right was made apparent by the fact that the regulations have been proposed only for 501(c)(4) organizational non-profits — used primarily by conservative and libertarian organizations, and not for 501(c)(3) organizations on the Left — such as the NAACP, which spends millions on electioneering and political lawsuits — or on 501(c)(6) labor union organizations."
Posted by John at 2:24 PM Links to this post

Excerpts from above:
"A new American Girl doll school backpack set comes complete with everything a doll will need in school, including a Common Core-aligned math textbook, published by Common Core industry giant Pearson—the same Pearson whose charitable foundation is paying a settlement of $7 million for allegations of illegally helping its corporate parent develop Common Core-aligned courses."
"According to the Girl Scouts, “the content of all Girl Scout national proficiency badges and journeys have been correlated by grade level to national Common Core Standards… for all 50 states and the District of Columbia.”" 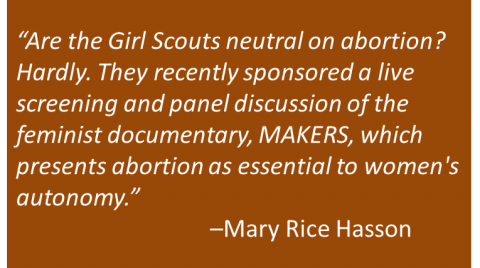 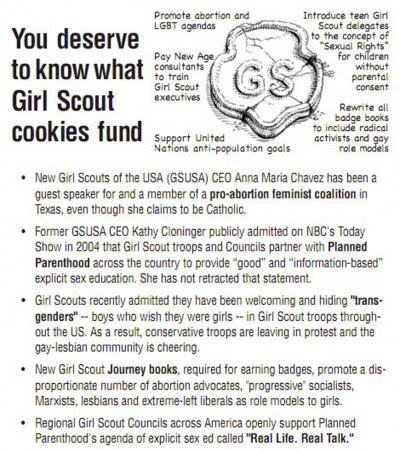 Girl Scouts' Program Connections to State
(and National) Curriculum Standards
http://www.girlscouts.org/program/national_program_portfolio/curriculum/
The following is from the above website, reprinted in full unedited for educational purposes:

"The content of all Girl Scout national proficiency badges and journeys have been correlated by grade level to national Common Core Standards, 21st Century Skillsstandards, Financial Literacy education standards, and curriculum such as Health and PE, Language Arts, Math, Science, and Social Studies learning objectives for all 50 states and the District of Columbia.
The Common Core Standards, developed and approved in 2010 by a bipartisan group of governors and educators, provide a shared framework for learning and teaching objectives specifically for English Language Arts and Mathematics for most US students. The 21st Century Skills standards focuses on blending subject-skills with life and career skills; information, media, and technology skills; and other key skills necessary to develop multidimensional abilities to succeed in the new century. Financial Literacy standards correlate to national personal finance education.
To find out how badges and journeys support state and national curriculum standards, use the drop-down menus to choose the badge or journey series, then choose the grade level and your state (or national standard)."
Posted by John at 2:02 PM Links to this post

TSA FAIRYTALE VIDEO FOR KIDS IS PROPAGANDA TO ERASE THE TRUTH 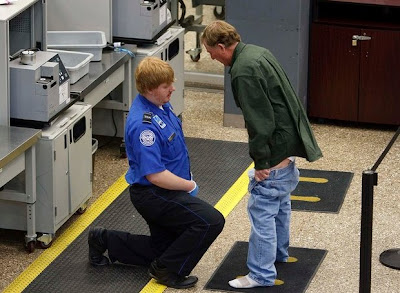 Screening Not So Scary?

A toddler in a wheelchair:

Agent In Front Of His Mother:

The Transportation Security Administration (TSA) will face some push-back during the big Thanksgiving travel week, as part of the Alex-Jones-ordered "Opt Out and Film Week."

From Nov. 19 through Nov. 26, Jones is encouraging travelers to refuse to go through the radiation-laden body scanners. They should also film the invasive body pat-down that will likely ensue if they decide to opt-out.

The movement is designed to expose the practices of the TSA and help preserve basic human rights while traveling.

Some of the abuses of the TSA chronicled recent months include manhandling children, the elderly, severely ill and disabled passengers; stealing from passengers, testing drinks that travelers purchased inside airports and ordering travelers to freeze on command.

Infowars.com gives the following reasons to participate in the opt-out movement:

*The TSA has no right to take, transmit and file X-ray photographs that reduce travelers to naked pieces of documentation.

Jones and his crew have provided flyers to be printed out and used for the week-long event.

In a prepared statement, Jones said:

"Infowars is pioneering a new civil rights movement that is not based around race, sex or any other minority issue. The fact that our rights are being violated and characterized as suspicious and terroristic threatens the freedom of every individual, no matter from what what race, gender or creed they originate.

We are being systematically intimidated out of expressing our right to free speech as part of the advancement towards a new dark age of tyranny."

Jones cautioned participants that even though it is technically legal to film the TSA, participants can expect to face harassment or arrest for standing up to the agency.

In 2010, the TSA shut off the body scanner machines nation-wide after citizens planned an opt-out protest. Jones has said that proves the system is not based on real security concerns, but serves as a mechanism to humiliate and domesticate the American public.

The TSA is already removing some of the body scanners from airports. Part of the reason for the removal of the machines is the naked images they produce, according to USA Today 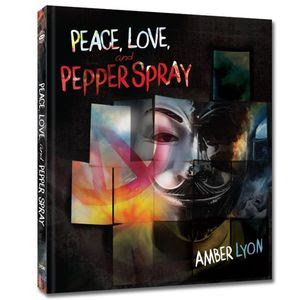 Amber Lyon: Saving Our Rights in The Police State:

Published on Dec 20, 2013
Alex is joined via Skype by Amber Lyon to share her front-line experiences with Americans not afraid to stand up for the First Amendment.
http://amberlyonlive.com/
http://www.youtube.com/watch?v=TVbiYu7MHoo

“Well-behaved women seldom make history...”
Amber Lyon is a three-time Emmy Award- winning author, journalist, filmmaker, and photographer obsessed with hackers, human and animal rights, and revolutions. She is the founder of the investigative news site Muckraker.com.
Amber grew up in St. Louis, MO, and attended the University of Missouri School of Journalism.   While a student, Amber produced “Battered Justice”, a three-part series on the judicial system’s response to domestic violence offenders .  Amber uncovered a judge who was illegally charging domestic violence victims, who were trying to protect their children from abusers,  thousands of dollars in Guardian ad litem and court fees. The series earned her an SPJ Heart of America Award and Missouri Broadcasters’ Association Certificate of Merit.
Upon graduation with a degree in Broadcast Journalism, Amber moved to Tucson where she covered immigration and drug cartel border issues for the NBC affiliate, KVOA.  While at KVOA, Amber earned three Emmy Awards for her creative storytelling, and an Edward R. Murrow award for an investigation on how mothers‘ sleeping habits were responsible for more than half of Tucson’s infant deaths.
After Tucson, Amber moved to Guatemala where she learned Spanish and volunteered to teach journalism at the local TV station, Cable DX. While in Central America, Amber also researched human rights abuses at Mexico’s ‘other border’ with Guatemala.
Amber joined CNN in June 2010.  She was the only reporter to broadcast live while scuba diving in a HAZMAT suit from beneath the oil spill in order to connect viewers with what was happening beneath the BP disaster. Her reporting contributed to CNN winning a Peabody Award for coverage of the spill.
Lyon has reported extensively on domestic child sex trafficking. In 2010, She investigated the sex trafficking of domestic minors on the online classified site, Craigslist. Days after her report aired on CNN, 17 state Attorneys General quoted findings from Lyon’s report in a letter to Craigslist demanding the closure of their Adult Services section. Less than a month after the CNN investigation aired, Craigslist shut down their Adult Services section in the U.S. and has since closed the section worldwide. Lyon was honored with a prestigious Gracie Award for women in media and a nominated as a finalist for a Livingston Award for Young Journalists.
Lyon also reported for and co-produced a documentary on child sex trafficking entitled “Selling the Girl Next Door”. The hour-long documentary gave viewers a raw view into the disturbing world of underage American girls caught up in the violent sex trade.
Lyon has a passion for exposing human rights violations against protesters during revolutions.  For her documentary, ‘iRevolution’, Lyon examines social media’s critical role in galvanizing the revolutions and exposing human rights abuse in Egypt, Tunisia, and Bahrain. ‘iRevolution’ won a 2012 New York Festivals International Television and Film Gold World Medal Award and Lyon was nominated as a Livingston Award Finalist for the documentary.
Lyon continues to investigate ongoing cases of excessive use of police force against journalists and protesters in the United States.  Lyon was crushed underneath a crowd in Chicago, directly shot at with less lethal weapons in Anaheim, and forced to inhale pepper spray more times than she can count, all while using submersion journalism to photo-document protesters in the U.S. for an upcoming photo book set to be distributed in major retailers nationwide in the fall of 2013.
In her spare time, Amber loves photography, traveling and embarking on spontaneous adventures.  She has a passion for scuba diving and is a PADI Advanced Open Water certified and ERDI HAZWOPER diver.
_____________________________________________________________

in Wisconsin - On Fire!:

Educators Offer Inside Scoop on Wisconsin