POPE FRANCIS PLANS TO VISIT THE IDOLATROUS MARY SHRINE IN SARDINIA, OUR LADY OF BONARIA 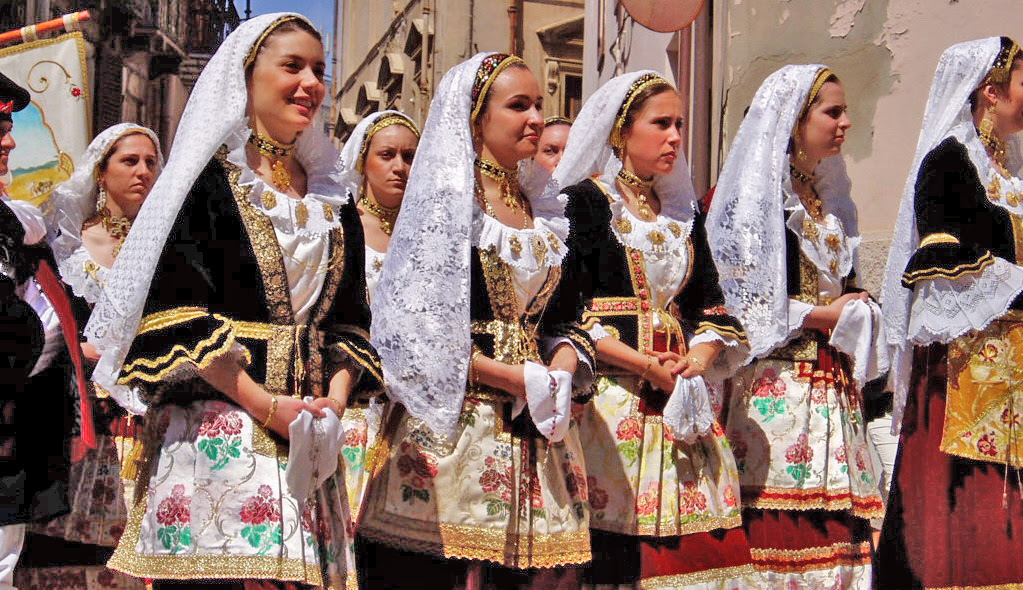 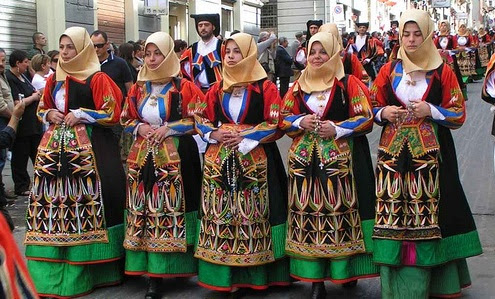 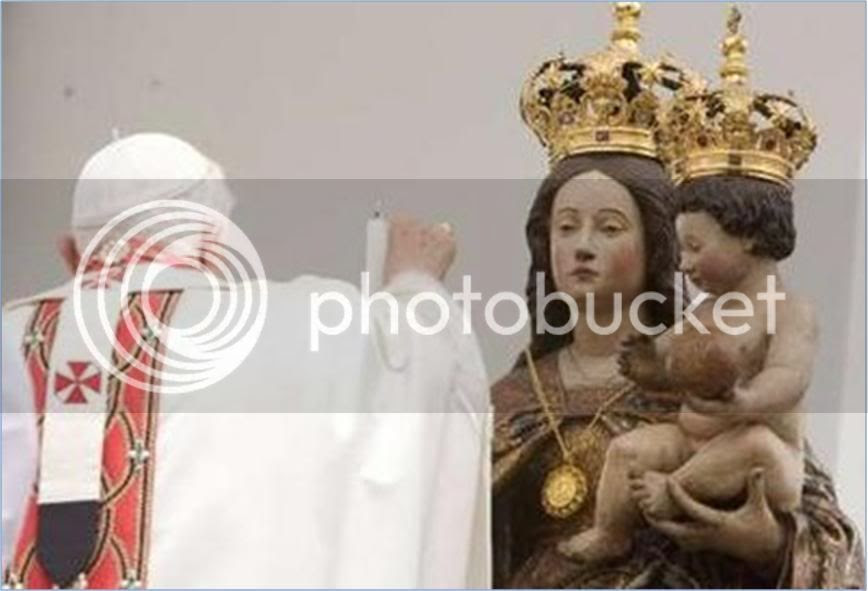 Pope Francis has announced that he plans to visit the Shrine of Our Lady of Bonaria in the Italian island of Sardinia in September (Vatican Information Service, May 15, 2013). This 14th century shrine, operated by the friars of the Order of Our Lady of Mercy, perpetuates the myth that a statue of Mary miraculously calmed a storm and saved a Spanish ship in 1370. Spanish sailors “venerated the image” and invoked its help for safe sailing.
Francis will be the fourth pope to visit the idol, following in the footsteps of Pope Paul VI (1970), John Paul II (1985), and Pope Benedict XVI (2008). Francis has been widely acclaimed by evangelicals for his simple lifestyle and social justice passion, but he is as apostate in doctrine as the previous popes.

Pope Francis announcing his visit to Sardinia (Italian with English translation and commentary):
Published on May 15, 2013 on YouTube above and below:
Pope Francis told pilgrims at the Wednesday audience that he wants to visit a shrine dedicated to Our Lady of Bonaria in Caglieri, Sardinia, probably in September. He explained that there is a strong bond of brotherhood between his native city of Buenos Aires and Cagliari, from an old story that recounts how at the moment of founding the City of Buenos Aires the founder had wanted to name it after the Holy Trinity, but the sailors, who had brought him there, were Sardinian and they wanted him call it the City of Our Lady of Buenos Aires [Fair winds].

More video and pictures of Our Lady of Bonaria, Sardinia, shrine:
https://www.youtube.com/watch?v=uVcscNp55LE.
The Mercedarian Friars have staffed this Basilica for almost 700 years. Over the Past 40 years, 3 popes have visited this shrine: Paul VI, John Paul II, and Benedict XVI. Pope Francis has a great love for the shrine since Buenos Aires, Argentina was named after it. http://orderofmercy.org/.

See this video of Our Lady of Ransom who is claimed to have appeared to several people and order the founding of the Mercedarians: 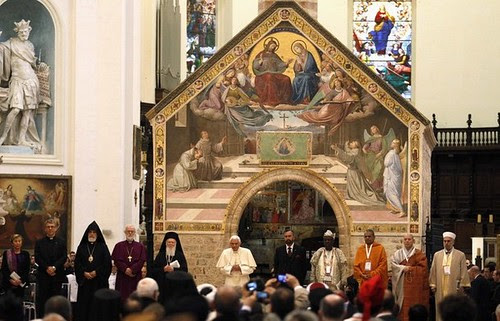 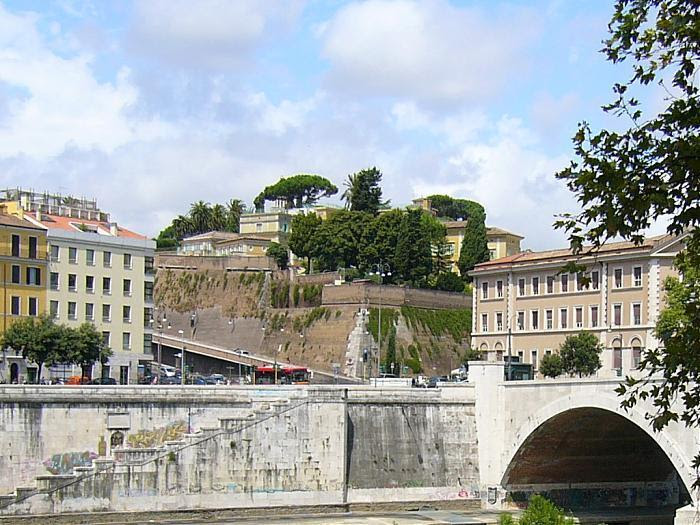 Here is the text of the Final Declaration made during the IV Buddhist-Christian Colloquium held at the Pontifical Urbaniana University on May 6th, under the theme "Inner Peace, Peace among Peoples". The Holy See made the text available yesterday afternoon. See: http://www.zenit.org/en/articles/final-declaration-from-the-iv-christian-buddhist-colloquium:


1. The Pontifical Council for Interreligious Dialogue in collaboration with the Office of Ecumenical and Interreligious Dialogue of the Catholic Bishops’ Conference of Italy held the fourth Buddhist-Christian Colloquium at the Pontifical Urbaniana University http://www.urbaniana.edu/en/ateneo/storia.htm, on 6th of May 2013 under the theme "Inner Peace, Peace among Peoples".

2. The participants were of the view that the different papers presented, formal discussions, friendly dialogues during free times contributed to deepen the mutual understanding of each other’s traditions, to know better the convergence and divergence and to be aware of the mutual responsibility to maintain or to restore peace.
3. The participants coming from Italy, Japan, the Republic of China (Taiwan), Vietnam, South Korea, Thailand, Myanmar, Sri Lanka and India noted that the religious landscape of the world today is undergoing rapid changes. In that context the followers of different religious traditions can contribute to friendship and solidarity among persons and peoples.
4. For Christians, sin in all its forms - selfishness and violence, greed and the inordinate desire for power and dominion, intolerance, hatred and unjust structure – ruptures the communion between God and us and among ourselves. The restoration of peace necessarily requires liberation from sin and its rejection. Jesus Christ restored the broken divine-human communion. Peace is therefore the state of those who live in harmony with God, with themselves, with others and with the whole of creation.
5. As regards Buddhists, Buddha Sakyamuni taught that the root of all evil is ignorance and false views based on greed or hatred and he discovered the Four Noble Truths as a path of liberation from suffering to Nirvana. Accordingly the ethics and mental purity are but two aspects of the same path of practice: the stillness of meditation and working for the liberation of all beings from their suffering sustained by the third aspect of the path: wisdom. In fact, the real Buddhist compassion flows from the awareness of the substantial identity and unity of all beings, a Wisdom that is deeply rooted in the contemplative practice.
6. In both the Christian and Buddhist journeys, therefore, inner freedom, purification of the heart, compassion and the gift of self are the essential conditions for the inner peace of the individual as well as for social peace.
7. In spite of differences, both Buddhist and Christian ethical teaching on respect for life is a search for common good based on loving kindness and compassion. The participants expressed that dialogue between Buddhists and Christians be strengthened to face new challenges such as threat to human life, poverty, hunger, endemic diseases, violence, war, etc., which belittle the sanctity of human life and poison peace in human society.
8. The participants recognized that they have a special responsibility in addressing these issues. The desire for cooperation for the well-being of humanity ought to spring from the depth of spiritual experiences. Only inner peace can transform the human heart and make one see in his/her neighbour another brother and sister. If we really want to build a world of peace, it is vitally important that we join forces to educate people, especially the young, to seek peace, to live in peace and to risk working for peace.
9 The colloquium concluded with the affirmation that it is love which brings or restores peace to human hearts and establishes it in our midst. The participants also observed that the path of peace is difficult; it demands courage, patience, perseverance, determination and sacrifice. They consider dialogue a priority and a sign of hope. It must continue!
___________________________________________________________________________


Published on May 11, 2012 on YouTube:
Three leading figures in today's Buddhist-Christian dialogue share their personal journeys in the new documentary Jesus and Buddha: Practicing Across Traditions. We learn how following the path of the Buddha has informed and deepened their understanding of who Jesus was and what he taught. Their experience and insight bring these two liberating archetypes alive in a way that can help guide us through our own confusion and struggle toward lives filled with joy and gratitude, compassion and service.
The film features: Father Robert Kennedy, a Jesuit priest and Zen teacher; Chung Hyun Kyung, Professor of Ecumenical Theology and Interfaith Engagement at Union Theological Seminary and a Buddhist Dharma teacher; and Paul Knitter, Professor of Theology, World Religions and Culture at Union Theological Seminary.

During May 27-31, 2013, the World Council of Churches (WCC), which encompasses 340 denominations and groups, is hosting a “Buddhist-Christian encounter” in Bangkok.
See: http://www.oikoumene.org/en/press-centre/news/buddhist-christian-encounter-to-explore-new-mode-of-dialogue.
Participants will stay at the Bangkok Christian Guest House and visit a Buddhist monastery. Wesley Ariarajah, former Director of the WCC’s Interfaith dialogue, said that all religions are one with God.

Here is the list of member churches of the WCC in the United States as found on:
http://www.oikoumene.org/en/member-churches/north-america/united-states-of-america.

WCC member churches based in United States of America

John Stemberger of On My Honor.net http://www.onmyhonor.net/, reports that the Boy Scouts leadership has voted to allow gay members, but not gay youth leaders.

Posted by John at 7:59 AM Links to this post

LOIS LERNER OF THE INTERNAL REVENUE SERVICE PLEADS FIFTH AMENDMENT OF THE CONSTITUTION, DENIES ALL WRONGDOING

Posted by John at 7:53 AM Links to this post

Todd Friel has Justin Peters http://justinpeters.org/, as a guest. Justin has cerebral palsy but manages to travel in a special van vehicle to speak around the country about discernment.