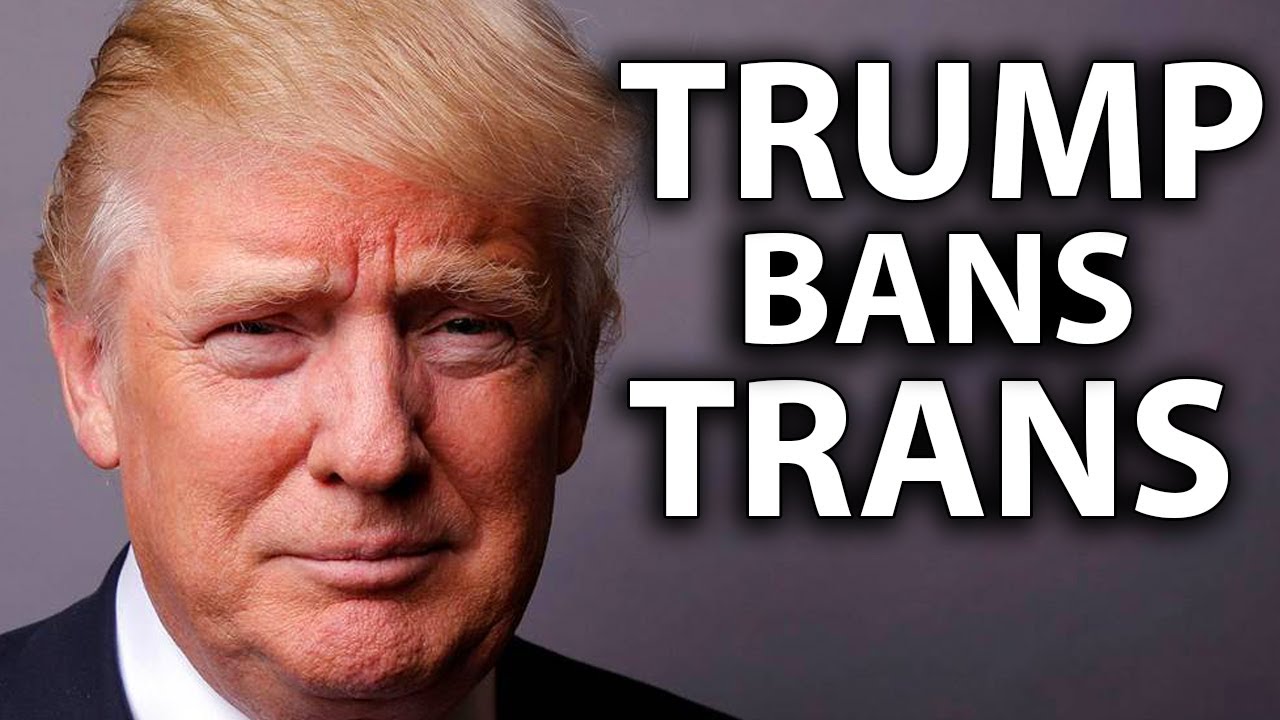 TRUMP ISSUES NEW MEMO DISQUALIFYING THOSE WITH GENDER DYSPHORIA FROM MILITARY WITH "LIMITED" EXCEPTIONS
BY HEATHER CLARK
SEE: http://christiannews.net/2018/03/24/trump-issues-new-memo-disqualifying-those-with-gender-dysphoria-from-military-with-limited-exceptions/; republished below in full unedited for informational, educational, and research purposes:
WASHINGTON — President Trump has issued a new memorandum disqualifying transgenders from serving in the military in alignment with recommendations from Secretary of Defense Gen. James Mattis, who submitted last month that those with gender dysphoria should be considered ineligible, with “limited” exceptions.
“[T]he secretary of Defense, in consultation with the secretary of Homeland Security, submitted to me a memorandum and report concerning military service by transgender individuals,” the memo, issued on Friday, reads. “These documents set forth the policies on this issue that the secretary of Defense, in the exercise of his independent judgment, has concluded should be adopted by the Department of Defense.”
“Among other things, the policies set forth by the secretary of Defense state that transgender persons with a history or diagnosis of gender dysphoria—individuals who the policies state may require substantial medical treatment, including medications and surgery—are disqualified from military service except under certain limited
circumstances,” it outlines.
Mattis’ recommendations, now reviewed by Christian News Network, came down to a matter of troop readiness and lethality.
“Based on the work of the Panel and the Department’s best military judgment, the Department of Defense concludes that there are substantial risks associated with allowing the accession and retention of individuals with a history or diagnosis of gender dysphoria and require, or have already undertaken, a course of treatment to change their gender,” he wrote to Trump on Feb. 22.
“Furthermore, the Department also finds that exempting such persons from well-established mental health, physical health, and sex-based standards, which apply to all service members, including transgender service members without gender dysphoria, could undermine readiness, disrupt unit cohesion, and impose an unreasonable burden on the military that is not conducive to military readiness,” Mattis added.
He suggested three exceptions, one being if a person diagnosed with gender dysphoria can demonstrate a period of at least 36 months where they no longer suffer from the psychological condition. Those diagnosed with gender dysphoria who do not seek to “transition” to the opposite sex, and are deployable, may also serve. Those who have already been serving prior to the effective date of the new policy will not be discharged.
Read the memo in full here.
As previously reported, last July, President Trump announced his initial decision to reinstate the ban on transgenders in the military, advising that the issue is a distraction and would place a burden on the finances of the Armed Forces.
“After consultation with my generals and military experts, please be advised that the United States government will not accept or allow transgender individuals to serve in any capacity in the U.S. military,” he tweeted. “Our military must be focused on decisive and overwhelming victory and cannot be burdened with the tremendous medical costs and disruption that transgenders in the military would entail. Thank you.”
Weeks later, five service members filed suit to challenge the ban, with the assistance of the National Center for Lesbian Rights and GLBTQ Legal Advocates and Defenders.
Judge Colleen Kollar-Kotelly, appointed to the bench by then-President Bill Clinton, issued an injunction in favor of the complainants in October, writing in part, “On the record before the court, there is absolutely no support for the claim that the ongoing service of transgender people would have any negative effect on the military at all. In fact, there is considerable evidence that it is the discharge and banning of such individuals that would have such effects.”
It is not clear if Mattis’ recommendations and Trump’s subsequent new memo will be affected considering the injunction.
_______________________________________________________
Trump order bans most transgender people
from military 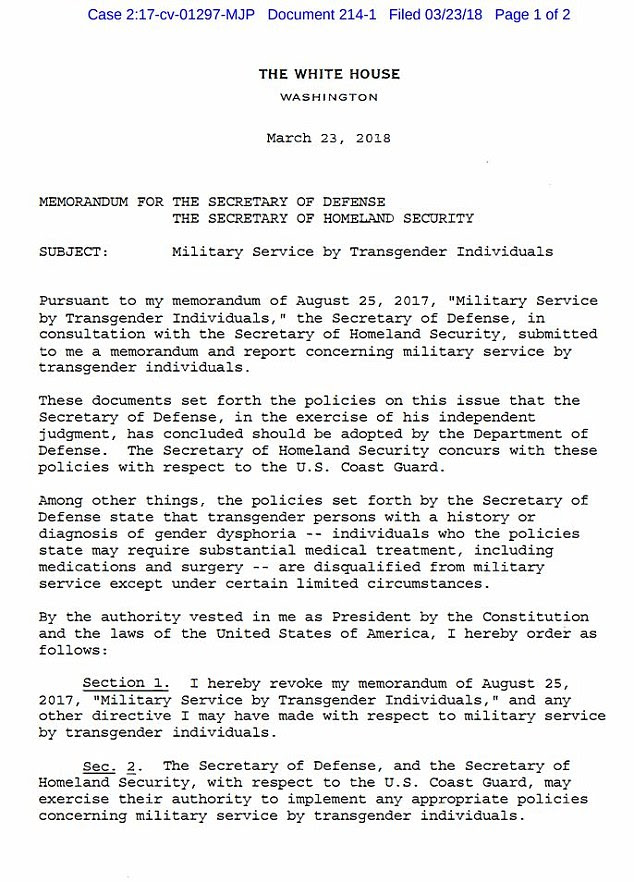 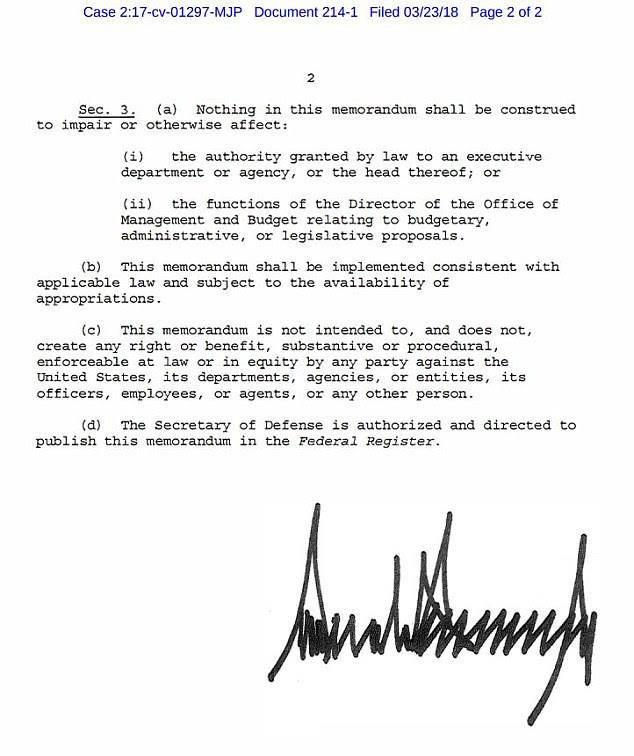